The Walking Dead has spared Carl Grimes once again, in celebration here are our favorite quotes from the young man growing up in the apocalypse.

Carl Grimes has grown up right before our eyes and gives The Walking Dead fans a look into what happens when a child is raised in a world of such uncertainty. It hasn’t been an easy for Carl, especially since losing his mother, but through it all he remains resilient.

Carl has been able to hold onto much of his humility while still remaining realistic about the situations that they’re in. Even when the adults around him, including his father, have a hard time dealing with the cards they’re dealt Carl is able to pull through with a level head.

Going into season 7 fans will watch as Carl deals with their most recent loss and coming to live under Negan’s rule. 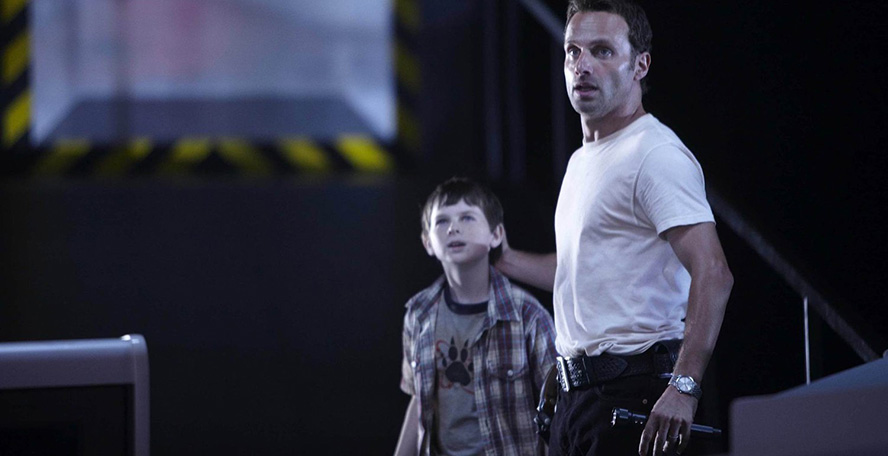 What is your favorite ‘The Walking Dead’ Carl Grimes quote?