Here's everything you need to know about Supergirl season 5

Supergirl is returning soon! After learning Kara’s secret, there will be a fight for Lena’s soul, and we can’t be more excited to see this explored. Get all of the details on Supergirl season 5 here!

Following her very public takedown of Lex Luthor and Agent Liberty, Kara is headed into Supergirl season 5 believing people will now be more interested in what’s going on around them… but, wow, is she wrong. 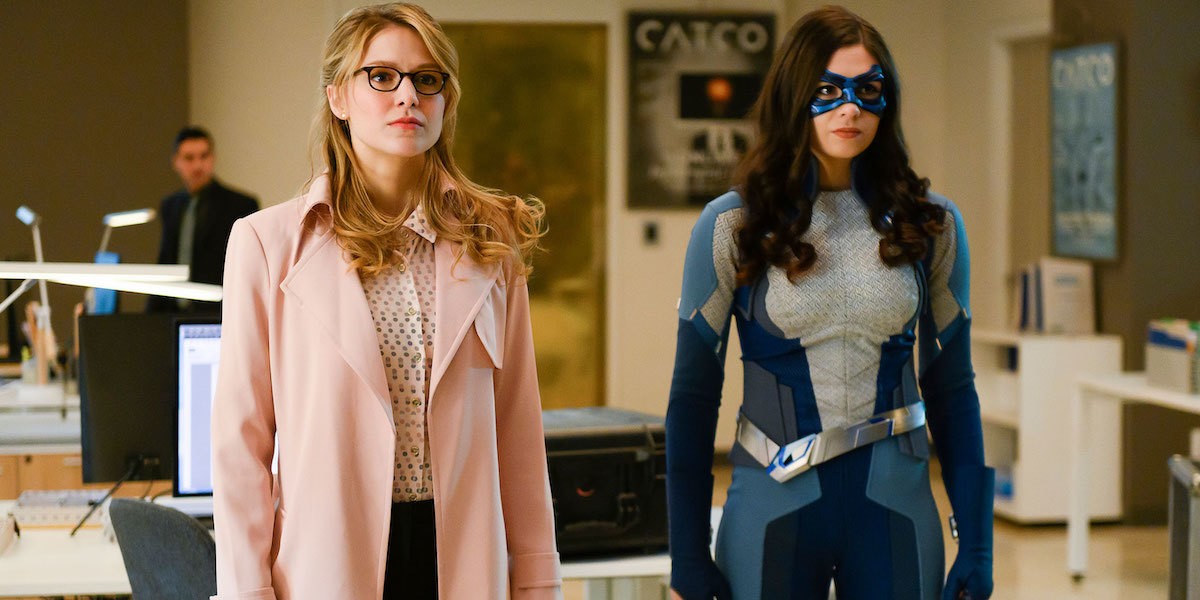 The CW has confirmed that Supergirl season 5, episode 2 will air on Sunday, October 13 at 9 p.m. ET (following Batwoman).

Watch the trailer for the episode! 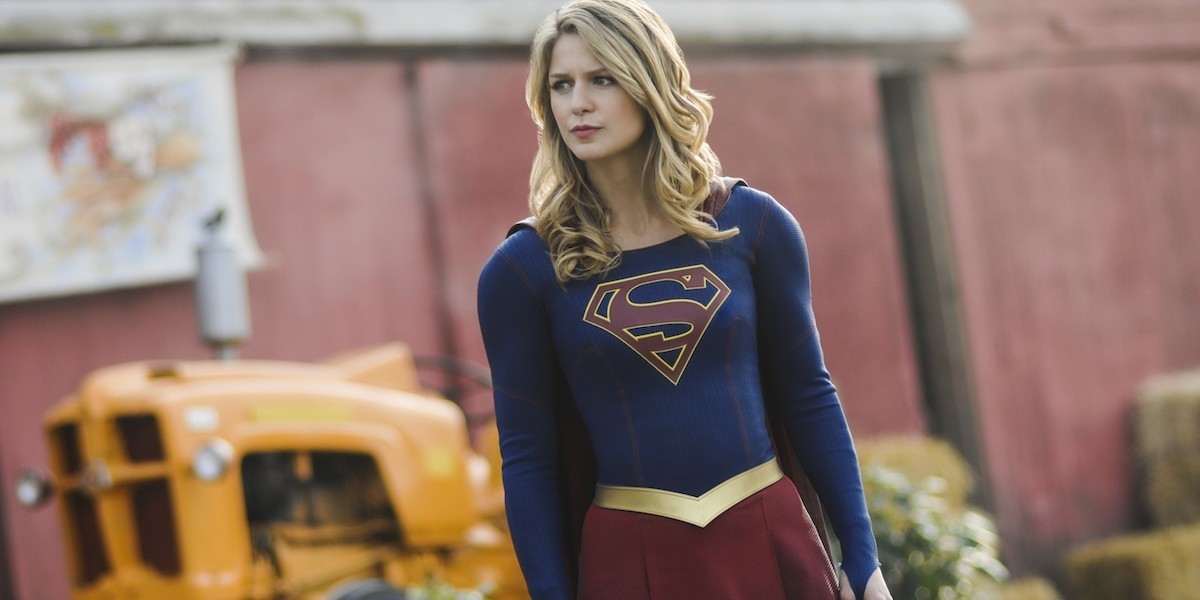 Just like Supergirl seasons 2 and 4, season 5 will consist of 22 episodes. (Well, basically 21, since the Supergirl episode of the crossovers always has little focus on Kara.)

Episodes begin airing in October and will likely end in May, unless some weird schedule mishap occurs (like with season 3, which sent Supergirl on hiatus for months and pushed the finale back to the end of June).

(Dates are, most definitely, subject to change as The CW’s schedule is unveiled. This is just our attempt at a guess for how the season will play out.)

Kara (Melissa Benoist) is surprised to find that CatCo has a new owner who has brought in a star reporter. New couples emerge and explore their budding relationships while J’onn J’onzz (David Harewood) receives an unexpected visitor. Read our Supergirl 5×01 review!

‘Supergirl’ season 5, episode 2: ‘Stranger Beside Me’ 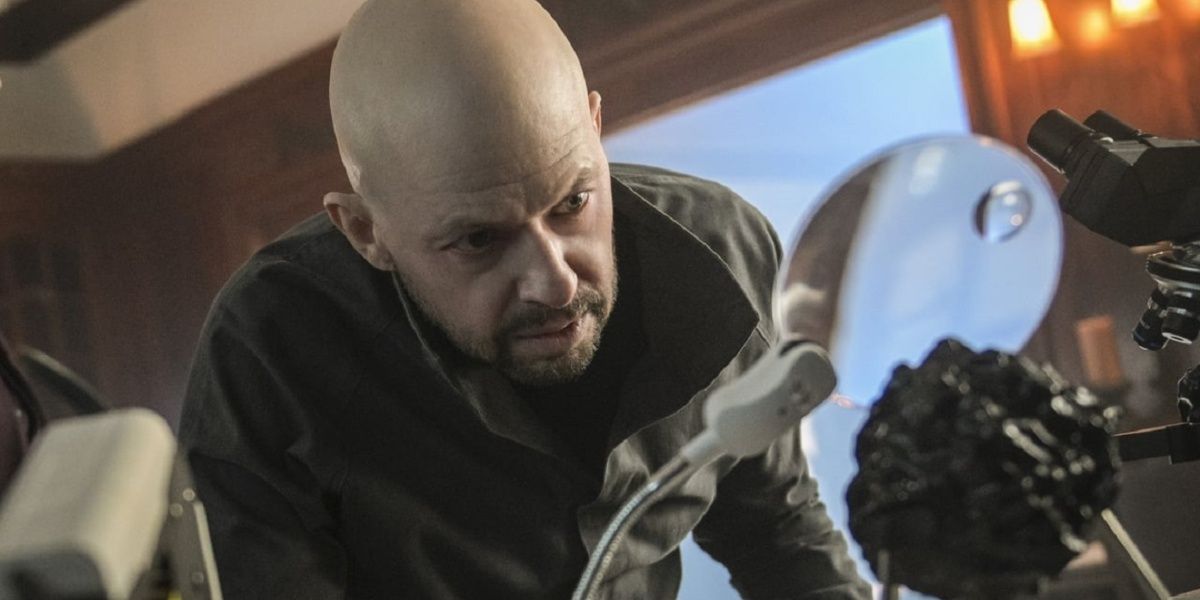 Kara attempts to mend her relationship with Lena. J’onn J’onnz takes a deep dive into his memories while Kelly tries to help an old friend. 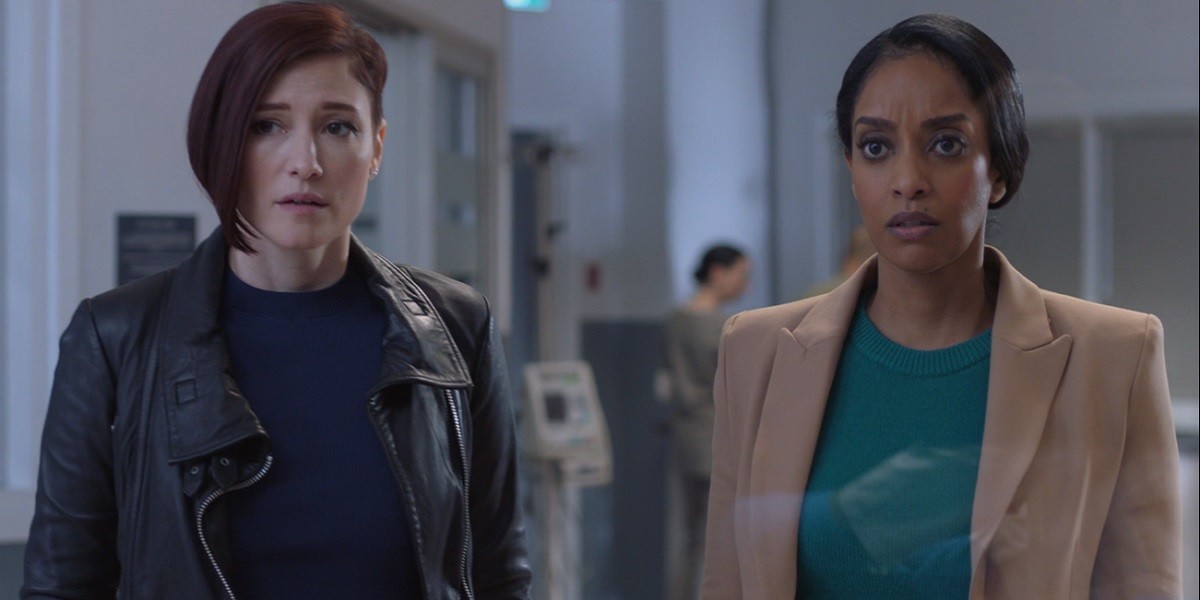 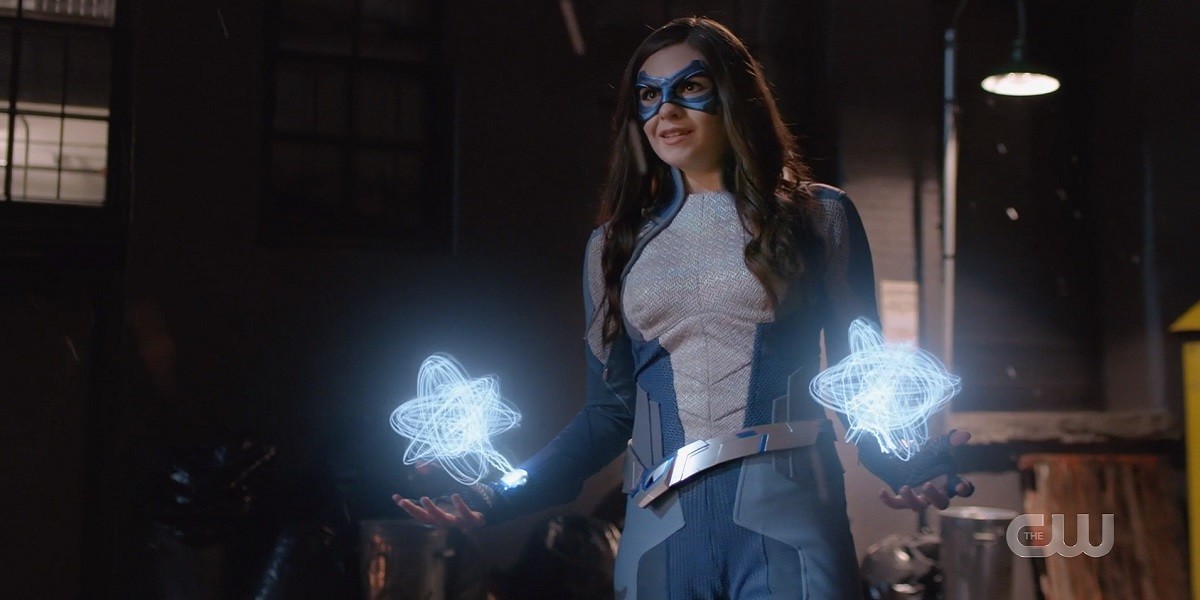 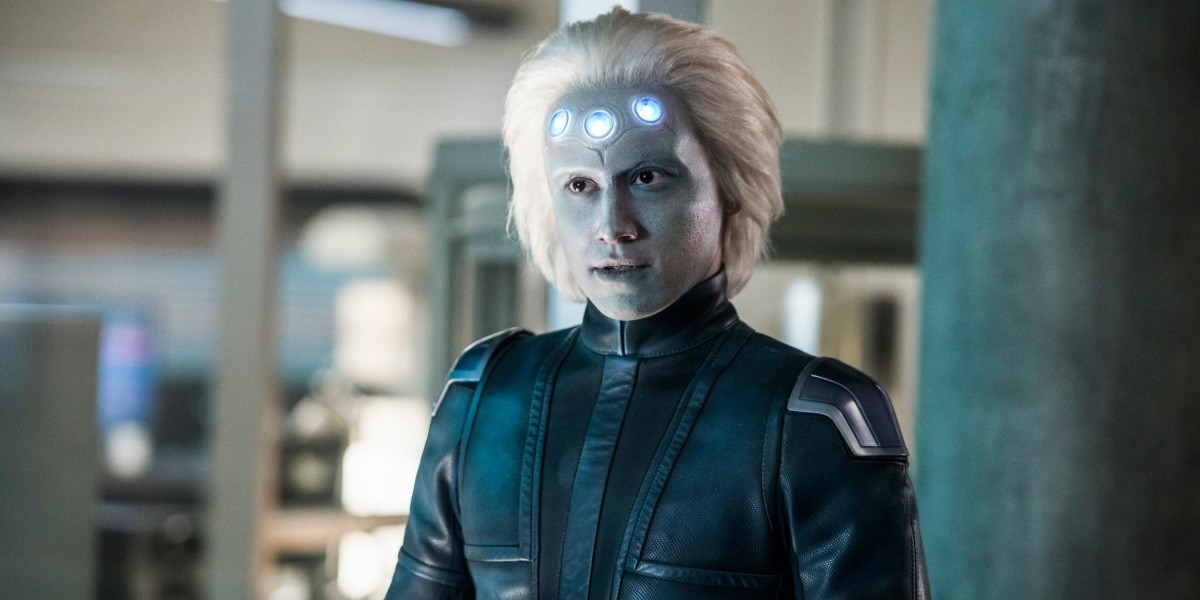 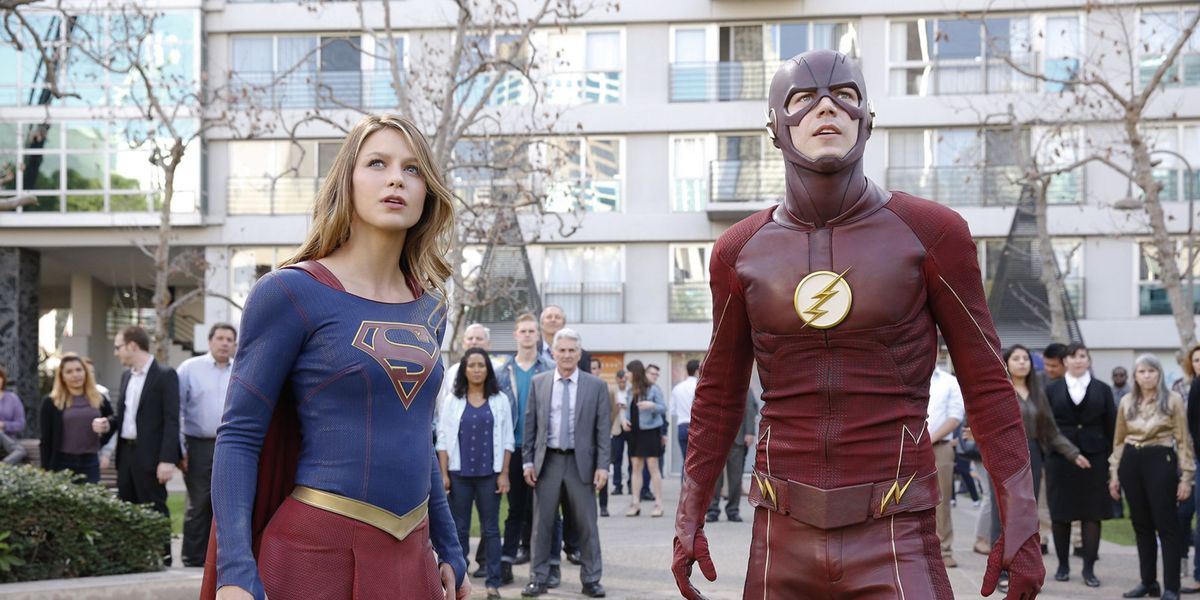 Moments we’ve waited seasons for are finally arriving on Supergirl season 5, as well as some unexpected turns as changes are afoot for the series and the larger universe with the Crisis on Infinite Earths crossover coming. Here are the things I am most hopeful we will actually see play out on-screen.

Show the knife twisting in Lena’s back (figuratively) 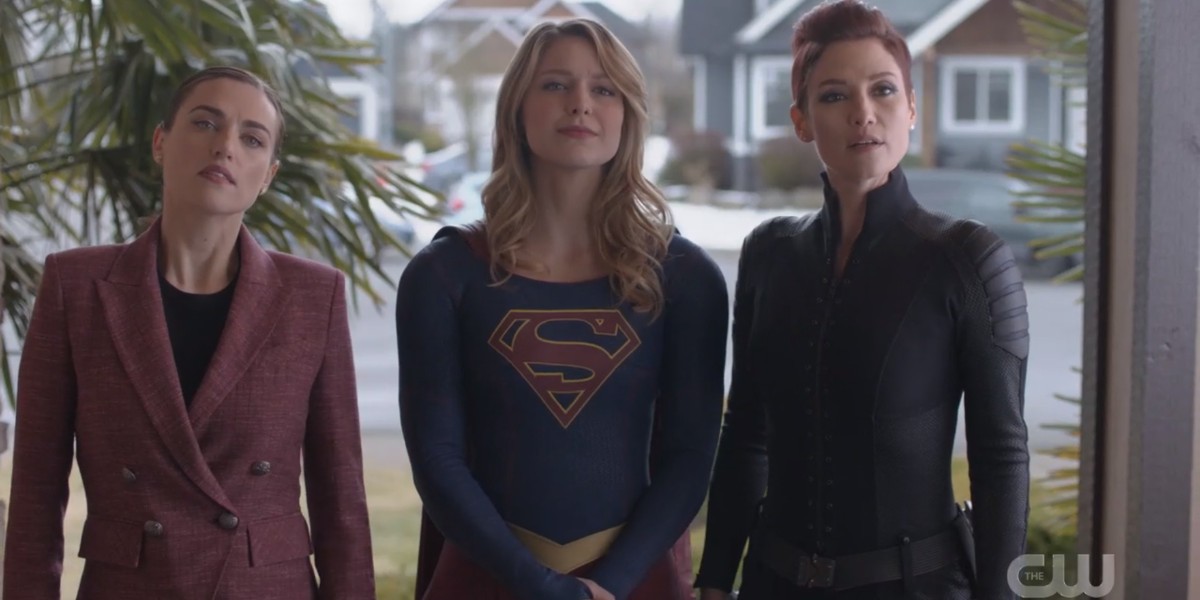 Kara, well, stabbed Lena in the back by keeping her biggest secret from her supposed “best friend.” Now, Kara was under no obligation to tell Lena (or anyone) of her secret, but it was a given, considering how close we have been meant to believe they are and have been since Lena’s introduction on Supergirl season 2.

They’ve had their ups and downs, but nothing compares to the betrayal Lena feels right now as she grapples with Kara’s secret, but doesn’t reveal she knows. Lena’s experiencing her pain alone because she won’t let anyone in on it — out of pride, grief, and/or anger… who knows—and Kara is her target.

I want to see Kara continue to keep up the lie in front of Lena (twisting the knife in deeper) before Lena loses it and blows up at Kara and unexpectedly reveals she’s in on the secret. There’s so much rage below the surface that I want the series to explore before moving on to other stages of the reveal. I’ve already written that I want Kara and Lena’s relationship explored much further than before, as most of it was shown off-screen, but this is the first step.

A proper send-off for James Olsen 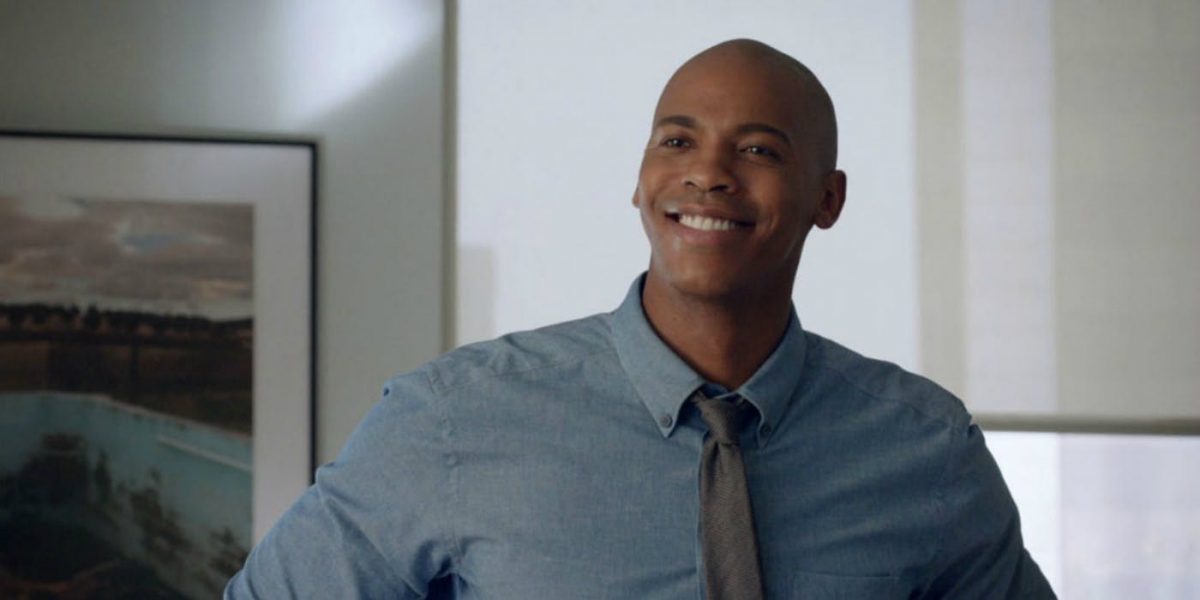 Supergirl does not do well with writing their characters off. Probably the most disappointing example of this is Cat Grant, who they brought back twice — once in a brief clip on TV — because they had done such a poor job of convincing us why she left National City (and because, well, we all miss Calista Flockhart and Cat Grant).

Another example is Sam Arias, one of Lena and Kara’s closest friends, who left between seasons without so much as a goodbye. Winn’s send-off, albeit more realistic that he had to leave National City, was also a little disappointing and didn’t do him justice because they clearly left it open-ended in case Jeremy Jordan decided to return to the series.

Even if a character returns to the series, I would like to see a proper goodbye in case they don’t. James is another thread to the first season and his presence was such an important part of Kara’s life, especially early on, that I hope his ending is satisfying. Hell, maybe just send him back to Metropolis with his best friend.

James came to National City at Clark’s request to look after Kara and find his new path, and his ending could clearly be wrapped up into that. He’s been an important figure for the series, even if they lost sight of what to do with him after deciding to no longer pursue Kara and James’ relationship. Regardless, he deserves a nice ending and a much better one than past characters have received. 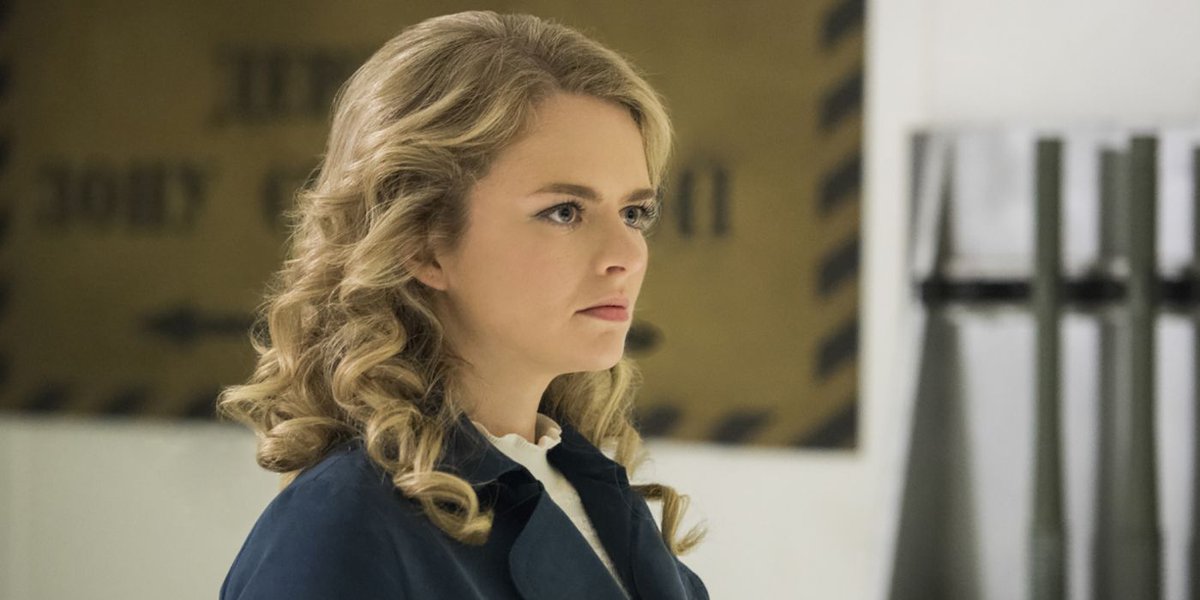 Before the final three episodes of Supergirl season 4 aired, I had a chance to speak with Andrea Brooks — who portrays Eve Tessmacher — about Eve’s motives and potential redemption. Andrea believes it’s possible (and Eve didn’t do anything too crazy in those last episodes), so I would like to see that path explored.

Lena knows better than anyone how Lex could/can manipulate people. Despite her impeccable intellect, Eve fell prey to Lex’s devious ways, and she became his spy. It was clear to the very end that Eve genuinely loved Lex, but he never gave a shit about her.

With Andrea’s pregnancy (in the real world) and her promotion to a series regular for Supergirl season 5, the writers have a choice to make: Should Eve be pregnant (with Lex’s baby)? Having a little Luthor inside of her could make the perfect excuse to explore Eve’s redemption, and ideally, I would like to see Lena and Eve be close again… for real this time.

Both are such intelligent, capable women and they truly made a great team on Supergirl seasons 3 and 4 before Eve shot James and went to work with Lex. Lena is all about family, even though she’s never had a good or honest one, and this could be her chance to change the legacy of the Luthor family and help Eve raise a normal, rational child.

Regardless of the pregnancy, with Leviathan appearing as the season’s Big Bad and Eve’s apparent connection to them (as we saw in the final moments of Supergirl season 4, episode 22), there’s a chance for her to redeem herself just by helping Supergirl and the DEO. She could go undercover, reveal everything she knows, or make a difference in Kara’s charge against the organization. Hopefully she won’t just make everything worse for the super friends out of spite.

At San Diego Comic-Con, a teaser trailer for the upcoming season was released featuring primarily old footage, but including a few shots from, presumably, season 5, episode 1 and season 5, episode 2. In the trailer, the aftermath of Lena learning Kara’s secret is teased, and they’re making it very clear: Lena is not a villain.

After the game-changing season 4 finale, there is so much to unpack in the new season, particularly with Kara and Lena. How will Kara work to earn back the trust of one of her closest friends, and when will she find out Lena is in on her secret?