A round up of news from SDCC about the Arrow-verse

A round up of news from SDCC about the Arrow-verse

Ah, SDCC. One of the most fun, entertaining, and exhausting times of the year. This year, the Arrow cast took their final bow before their final season, while other CW DCTV casts teased the coming future.

The cast of Arrow, Supergirl, The Flash, and Legends of Tomorrow (for the sake of the length of this piece, we are not including Black Lightning, as they are technically not part of the Arrow-verse at the moment) appeared at San Diego Comic-Con this last weekend and teased numerous things about the upcoming CW DCTV seasons and the future of the universe.

Though there’s a ton of news to share (like, really, they all gave away so much), we’ve rounded out to the seven most exciting pieces of news to be revealed. 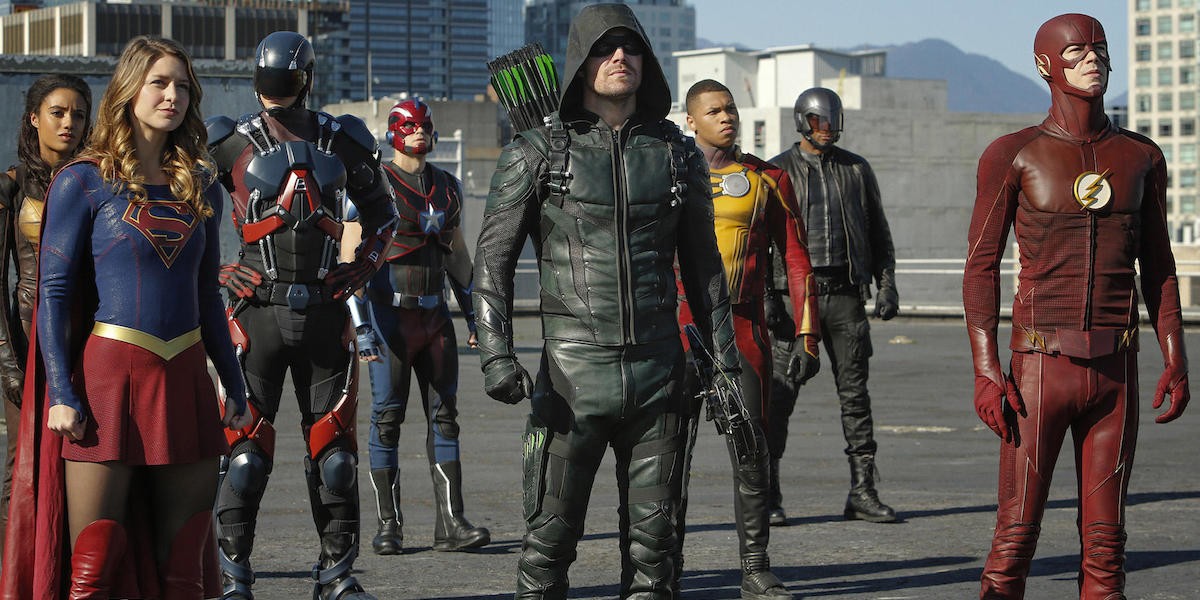 Though Stephen Amell’s Green Arrow has gotten an updated suit, like, every season on Arrow, Supergirl hasn’t had an upgrade in the four years she’s been flying around National City. Finally, and much to actor Melissa Benoist’s enjoyment, Supergirl has traded in her skirt and tights for pants, which will be helpful to combat those cold winter nights in Vancouver.

Meanwhile, Katie Cassidy Rodgers’ Laurel Lance will be getting a new suit (seen below), as teased in the Arrow season 8 trailer (at the end of this article). The twist is that, though Cassidy has played Earth-2 Laurel Lance on the series for the last two seasons as a series regular, everyone was mum about whether that Laurel would be wearing the costume or another Laurel (as we’ll likely see Oliver cross Earths as well as travel through time). The answer was promised to be revealed in the Arrow season 8 premiere.

⁦@MzKatieCassidy⁩ and I ran out of time! Here’s the concept art for the new Black Siren costume for Season 8! pic.twitter.com/YFlTxQOqy7

With a final season order usually comes the reappearance of many lost (but not forgotten) faces, and Arrow is no exception. In the days leading up the SDCC, it was announced that Colin Donnell (Tommy Merlyn) and Josh Segarra (Adrian Chase/Prometheus) would be returning. This weekend, it was also announced that Suzanna Thompson (Moira Queen) would appear in the Arrow season 8 premiere.

It’s been theorized that Oliver will be traveling through time with the Monitor in anticipation of the Crisis on Infinite Earths crossover, which will lead to the appearance of many characters, familiar or not. That is possibly how and why we will see Tommy, Moira, and Adrian, all of whom have long since died. It’s also been teased that it may not be the same version of Tommy Merlyn we saw in season 1, but perhaps it could be the Earth-2 Dark Archer version last seen taking the fall for Oliver during his trial.

Joining the Arrow flash-forwards will be Russian Doll‘s Charlie Barnett, who will be playing Diggle’s son, John Diggle Jr. AKA JJ. For The Flash season 6, Wally West (Keiynan Lonsdale) will (finally) be returning for multiple episodes, following his departure early during season 4 and move to Legends of Tomorrow‘s Waverider, only to be written off between seasons due to the actor’s request.

Supergirl has tapped Veronica Mars alum Julie Gonzalo to play Andrea Rojas (superhero alias Acrata), who is set play a crucial role in the season’s technology-focused story. Staz Nair from Game of Thrones will be playing an original character, William Dey, who is a fellow CatCo reporter that will be at odds with Kara. 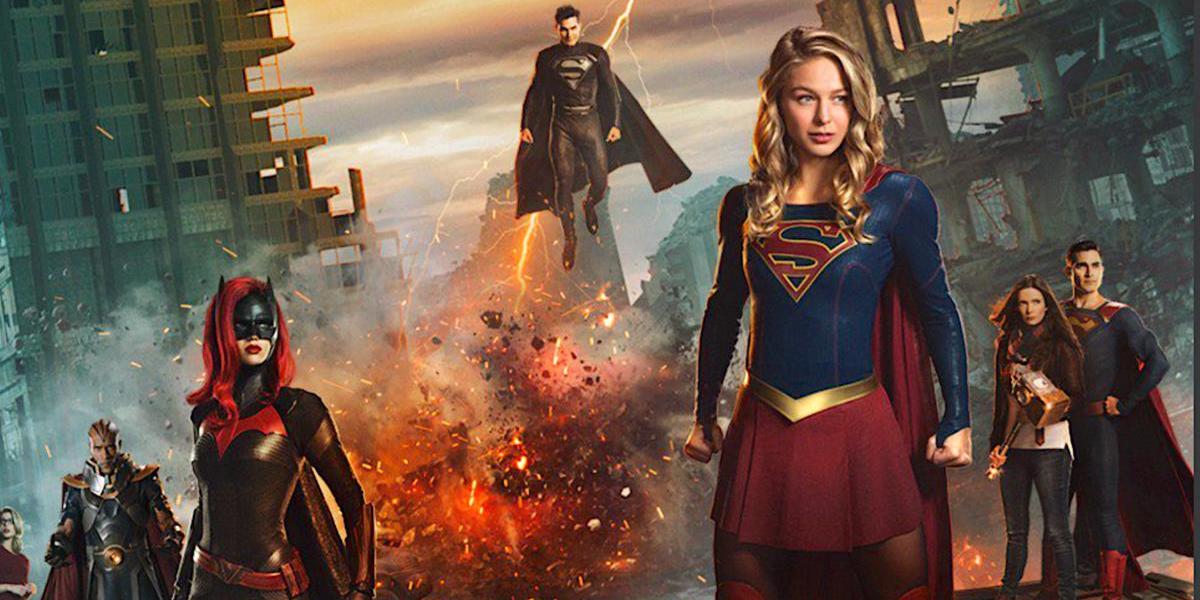 As an additional twist, Jesse Rath’s sister, Meaghan Rath, will play a female version of Brainiac-5 in the upcoming season. Perhaps this could be Brainy from another Earth, appearing in the Crisis on Infinite Earths crossover?

While The Flash has been pretty strict about their one Big Bad per season rule, season 6 will be switching it up. The first half of the season, presumably up until the Crisis on Infinite Earths crossover takes place, will find Barry and Team Flash facing Bloodwork, played by Sendhil Ramamurthy. As teased by the trailer below, Bloodwork is searching for a way to counter death, which will probably put the team at odds about whether or not his research is “bad” (but, of course, they’ll probably stop him because his methods will be, well, less than desirable).

Bloodwork is an old friend of Caitlin’s, so it should be interesting to see what role she plays in his ultimate downfall. Could we finally have a Caitlin-centric story that spans half of a season?

That said, there will be a different Big Bad in the second half of the season, which is honestly quite refreshing. One of the worst parts of these superhero shows is when they try to make a villain last all season, as it just grows stale and their constant losing until the finale is boring. Supergirl season 4 did an excellent job of switching it up a bit by having Ben Lockwood/Agent Liberty last all season, but making Lex Luthor the ultimate Big Bad. 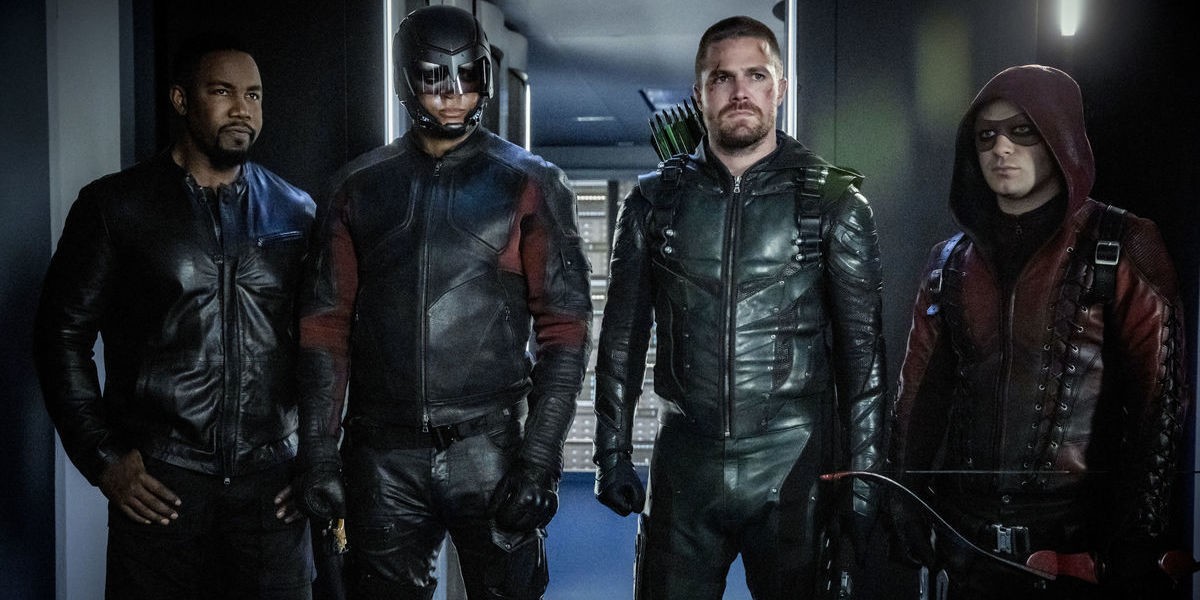 4. Supergirl is losing a familiar face

It seemed inevitable, but it is now official that James (Jimmy) Olsen will be leaving the hit CW series to pursue other projects. His story will wrap up in the first half of season 5, presumably after the Crisis on Infinite Earths crossover, but don’t fret: The writers are clearly leaving it open for a guest appearance in the future.

The good news is that Andrea Brooks, who plays Eve Tessmacher, has been promoted to a series regular for Supergirl season 5. Plus, Supergirl alum Jeremy Jordan (Winn Schott) will be returning for three episodes in the upcoming season (and it’s easy to assume one of the three will be the series’ upcoming 100th episode, which will be the 13th episode of the season). 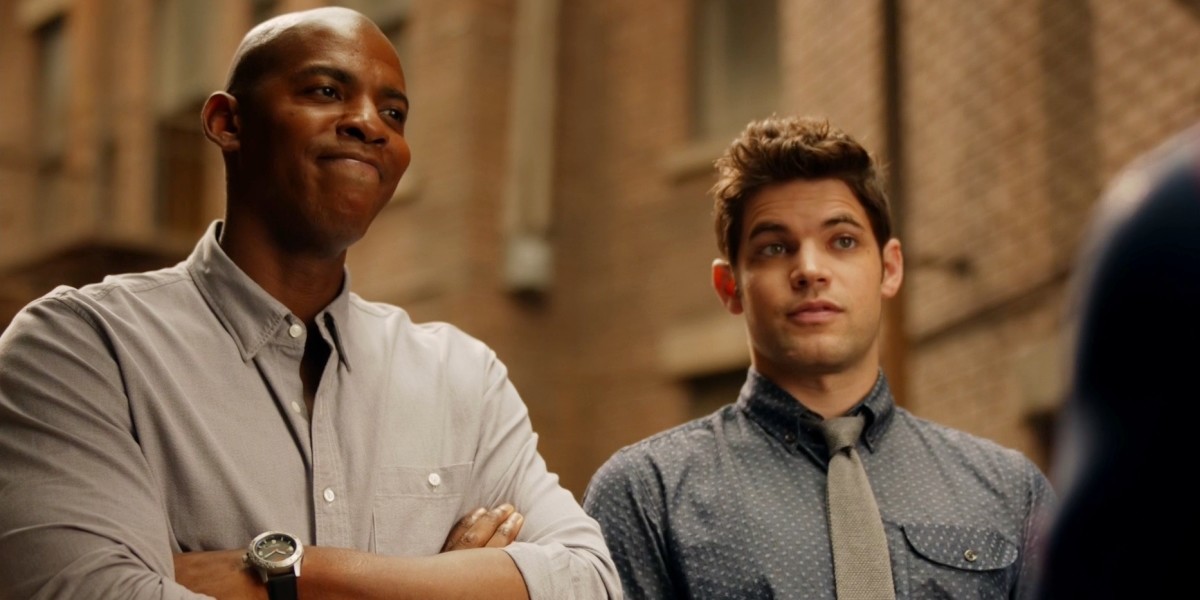 The crossover is perhaps on the forefront of every Arrow and The Flash fan’s mind, and plenty was spilled. For instance, LaMonica Garrett, who is currently playing the Monitor in the Arrow-verse, will also be playing the Anti-Monitor. While this isn’t a big surprise, it certainly will give Garrett a chance to shine, as Monitor has been a pretty one-dimensional character thus far and the Anti-Monitor is responsible for the upcoming crisis.

Flash‘s Tom Cavanaugh will be playing Pariah, who in the comics is a scientist that plays a big part of releasing the Anti-Monitor on the multi-verse. Cavanaugh may well reprise his role as Reverse Flash again, and he’s set to play another version of Harrison Wells in the upcoming Flash season 6. As much as I don’t want more crossovers in the Arrow-verse, at least for a while after Crisis on Infinite Earths, it seems like there will be another duo set up to lead the charge of future crossovers (similar to how Barry and Oliver have led every single one for the last four years, despite dozens of other heroes being present).

When asked, Batwoman showrunner Caroline Dries had this to say about Kara and Kate’s immediate bond during last year’s Elseworlds crossover: “We’re going to see that bond evolve into a Kate/Kara friendship.” While there’s no definite future for the Arrow-verse after this crossover, with Arrow ending, it seems like the most realistic path is to make Barry the third wheel to Kara and Kate’s crossover adventures, like Kara has been to Barry and Oliver’s. 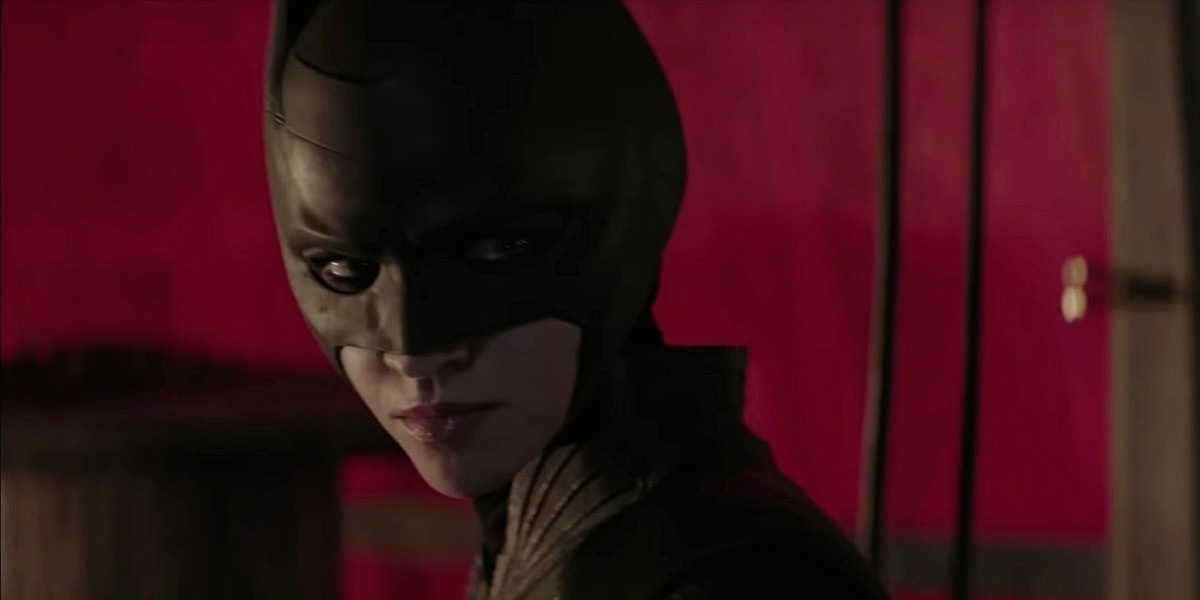 7. The Flash will explore other characters

It seems as though this has been teased for years, but The Flash will dig in deeper with Team Flash and their individual lives. Candice Patton promised more focus on Iris’ journalism career and her publication, the Central City Citizen, and we’ll even see Iris bring in new staff.

Cisco, now without his Vibe powers, will be far more focused on a sense of normalcy. With his girlfriend still around, Cisco will see what benefits and consequences now await him without powers. Cisco will be sticking around STAR Labs more as the behind-the-scenes guy we saw on The Flash season 1, using his hacking and engineering expertise to help the team. Meanwhile, Ralph Dibny will be getting the backstory treatment and we’ll learn more about his family (and, presumably, his childhood) this season. No news on Sue (Ralph’s love interest from the comics), but the show’s long-term goal for Ralph is to introduce her.

Killer Frost will also be getting more focus this season, as last season primarily focused on Caitlin, and Killer Frost will be much more involved at STAR Labs and with Team Flash, but the jury is out on how helpful she’ll be when she’s not in the field. (And, even then, when was the last time Killer Frost wasn’t knocked unconscious during a fight?) It seems to be setting up the the characters for tackling how they move forward as, essentially, two people inside of one body. How does that work? How does either one get a happy ending?

Watch the trailers for Arrow season 8, Supergirl season 5, The Flash season 6, and Batwoman season 1 below!

His legacy. His destiny. The final season of #Arrow premieres Tuesday, October 15 on The CW. #CWSDCC pic.twitter.com/YCroDRhHaR

A reckoning is coming. #TheFlash returns Tuesday, October 8 on The CW. pic.twitter.com/TegVgsaeWO

So many things were revealed, teased, or otherwise exposed during San Diego Comic Con that, I’m sure, I missed more than a few. However, all of the news listed here has me beyond excited for the CW DCTV future. There were a few rough years there, but it seems like we’re back on track with quality and engaging content being produced by these many shows.

New episodes coming this fall on The CW.