Andrea Brooks, portrayer of Eve Teschmacher, spoke with Hypable about her character's journey.

Miss Teschmacher! The words echoed by Cat Grant and Lex Luthor (arguably with more power from the former) have given way to Supergirl‘s most devious character, who fooled them all for years: Ms. Eve Teschmacher.

Supergirl season 4 has been, well, amazing, and has delivered some of the series’ strongest episodes with the introduction of a prime Superman villain and another Kara. The biggest surprise, however, was that Eve Teschmacher, former CatCo and current L Corp assistant, was working with the biggest villain of them all the entire time.

Since her introduction on Supergirl season 2, Eve has been playing everyone in National City, undercover in Kara’s world to undermine her and ensure that Lex Luthor comes out on top. 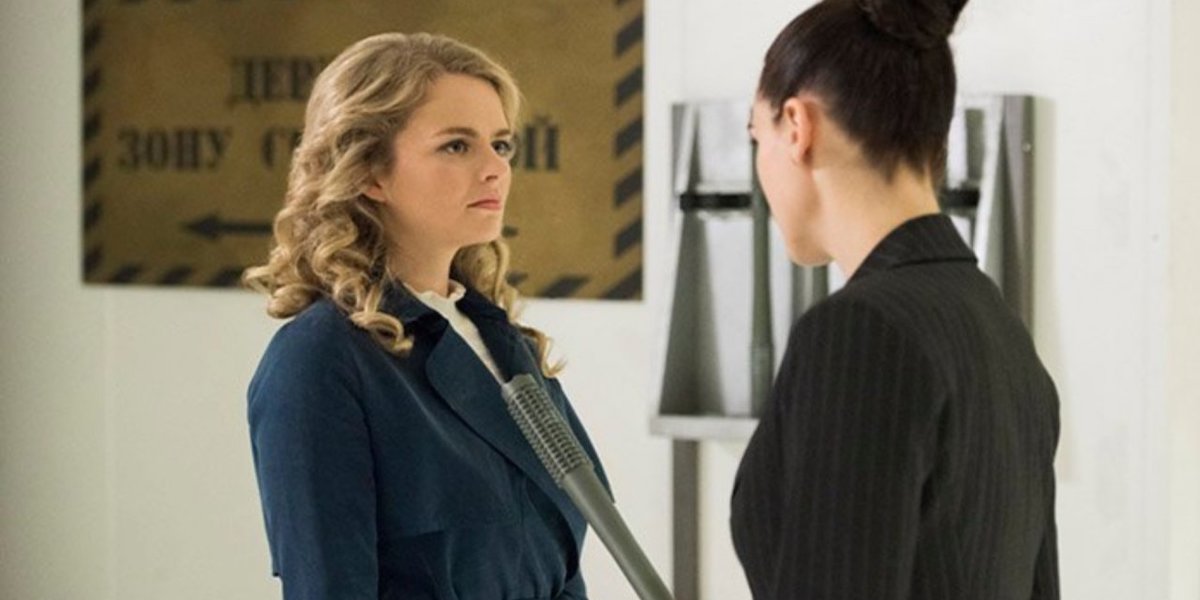 After working with Cat, James, and then Lena, Eve has wriggled her way into everyone’s hearts on Supergirl, even making some of them (Lena, particularly) trust her. Eve has been the only one in on Lena’s experiments, so this betrayal affected her the most, from both Eve and her brother.

Reflecting on Eve’s journey and her future

It seems unlikely, at the moment, that Eve could suddenly find redemption and separate herself from Lex when she has no intention of switching sides.

However, Lex’s plan continuously grows more dangerous, and he’s taken advantage of Eve’s feelings and admiration for him countless times. The way Lex speaks to Eve is so demeaning; he thinks of Eve as nothing more than a pawn in his game, a chess piece to move across the board, while Eve gives him all of her energy and her complete devotion.

After shooting James, sleeping with Kara’s boyfriend (all the way back in season 2), betraying Lena’s trust, how can Eve come back from that? She’s been spying on everyone, with knowledge of everyone’s secrets (even the big Supergirl secret), and reporting back to Lex, who has been manipulating events to work in his favor.

We had the chance to speak with Andrea Brooks, who portrays Eve Teschmacher on The CW’s Supergirl, to discuss Lex’s building plans, Eve’s loyalty to him, what’s next for Eve as Supergirl season 4 winds down, and if she believes redemption is on the table.

Hypable: Did you always know what the [Supergirl] writers were planning for Eve?

But this big deception that has been revealed this season was beyond exciting and it wasn’t until the beginning of this past season that I had a meeting with Robert and Jessica and they sat me down and they explained where this character would be going and I was absolutely elated to hear that we were going to go full force into this.

How much fun has it been to play evil?

Oh, so much fun. Being bad is extremely fun. Getting to shoot guns. Getting to have the staff do commentary. It’s an absolute dream. I think everyone should play a villain at some point because it’s just the best.

Everyone says playing the villain is much more fun.

Yes, yes. I’ve played mean characters before. I played one psycho character once a number of years ago on an independent project, but this is the first kind of true villain that I had the chance to play and it’s just so juicy. It’s so fun to sink your teeth into this. It’s the best. 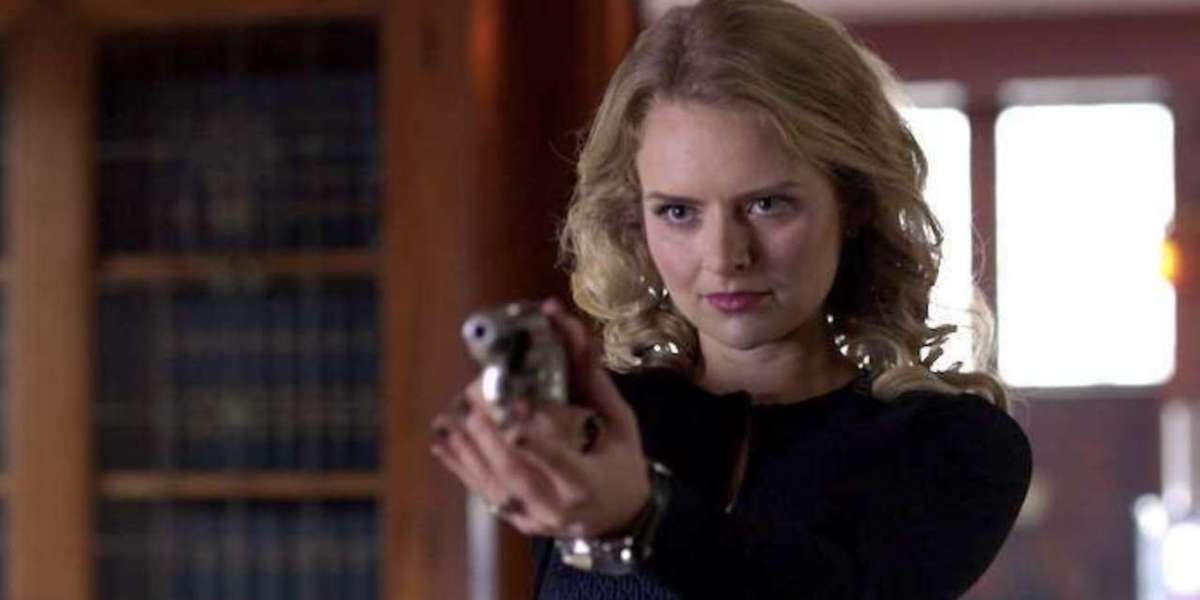 Do you think there’s any chance at all for Eve to redeem herself in the future?

You know what? I do think that, despite everything, Eve does have a big giant heart. I know that Lex has been kind of pressuring her throughout some of the past episodes to not flinch, to be tough, to be like him. But I think at her core, she is a good person and if you go back to the original 1970’s Superman films, Eve Teschmacher is actually the one who saves Superman from drowning.

So, despite the fact that Superman is the arch nemesis to Lex, she sees someone suffering and she jumps in and saves him. So, she does have a heart underneath it all. You never know.

If there was one character on the show that you think could be the one to snap Eve out of her obsession with Lex, who do you think it would be?

Oh, that’s a good question. I do think that Eve and Lena share a deep understanding for one another and I do think that the betrayal just by the fact it has been so exquisite and so extreme in so many ways, I think that it could be possible for Eve to listen to Lena. So, yeah, I would say there’s a potential there.

Other than obviously being in love with Lex, what do you think is driving Eve in this quest to take down aliens and help Lex?

I think that Eve decided long ago that Lex was a mastermind of a generation and she just doubled down on her, not only love for him but her admiration and her belief that he could do the right thing. So, I think that she’s very much still aligned with him. She’s still loyal to Lex and I think that no matter what he does, even if it’s a little bit extreme, she still sees herself as being on that side.

What has it been like to work with Melissa and see her in character as both Kara and Red Daughter, and then Red Daughter pretending to be Kara?

Oh my goodness. When I read that episode, I remember thinking, “Oh wow. This is a little complicated.” But Melissa is such a gifted actor. Watching her work is always such a joy and boy does she do all of these characters and these versions of these characters in disguise… boy, does she do them justice. Her Russian accent is impeccable. Not only is she a stellar actor, she’s a stellar human being. She’s so kind. She’s so collected. She’s an activist. I could gush about her forever. I just adore her and watching her portray these two characters has just been mesmerizing. 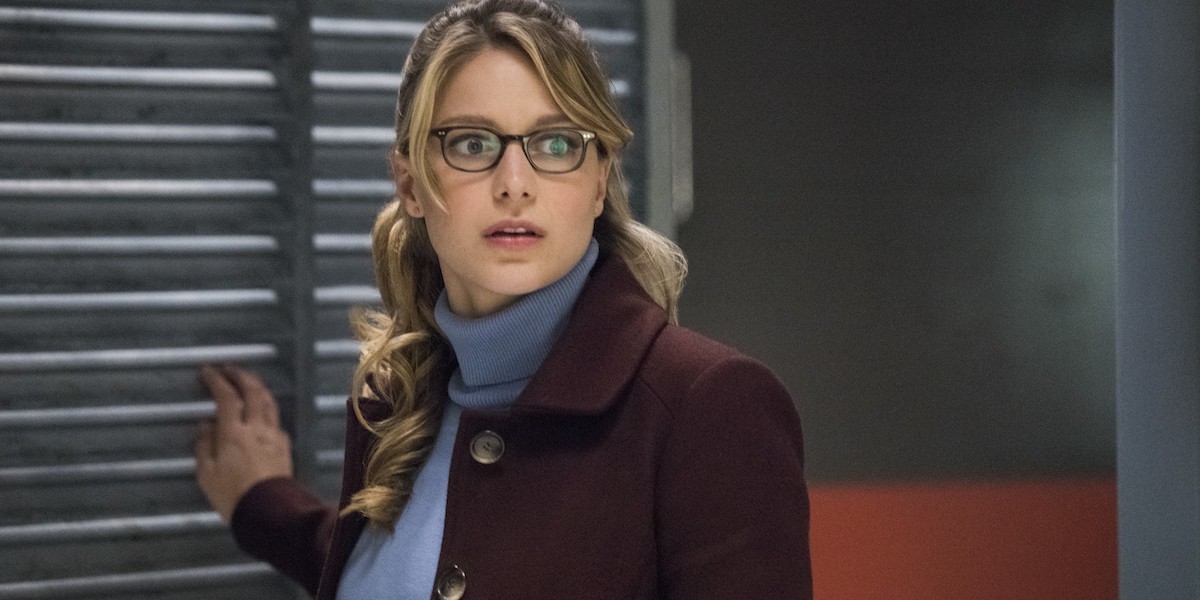 If you could give Eve one piece of advice, what would it be?

Can you tease Eve’s role going into these last few episodes?

Well, I’m fortunate enough to be a part of the next three episodes including the finale. What I’m most excited about is the Eve cloning that’s about to take place in [season 4 episode 20] which is titled appropriately Will the Real Miss Teschmacher Please Stand Up? A title that I adore and was so excited to read. As an old school Eminem fan, it’s very appropriately titled and getting to be a part of sequences involving multiple Eve’s was beyond anything I ever could have imagined.

There will be some multiplying happening. There will be some tense moments between Team Science, being of course Lena and Eve. Then there are some feelings to sort out with Lex Luther when he’s back for the finale.

What has been your favorite scene to shoot this season?

Everything with Jon Cryer has been a dream. But, I must say that there’s a big sequence involving all of the Eve clones in this upcoming episode that really blew my mind. I think the writers Katie Rogers, Derek Simon and Natalie Abrams did such a wonderful job with this episode. You’ll know what I mean. The clone sequences this upcoming episode is unlike anything I have ever, ever done. Ever.

If you could play any other Supergirl character, who would you play?

Oh, that is a good question. Oh, maybe… I mean at this point it’s hard to imagine myself playing anyone else apart from Eve, but I did originally actually audition for the role of Maggie. A character that I could not see myself playing. I don’t know, I mean being Supergirl would be a ton of fun, but I also don’t think I’m right. I don’t know, I think I just have to stick with Eve. I bet it’s a very boring answer.

[…] I couldn’t be happier. I adore Eve. I adore this character and it’s been such a wild ride.

Are there any plans for you to return for [Supergirl] season 5?

We’ll have to wait and see.

Thank you Andrea Brooks for taking the time to reflect on Eve Teschmacher and to tease what’s coming as Supergirl season 4 ends (presumably with a bang)!