The Cursed Carnival and Other Calamities is a short story anthology that highlights the authors of the Rick Riordan Presents imprint.

It’s finally here! Whether you’re already a fan of the Rick Riordan Presents imprint or you’re looking for your first book to dive into, Cursed Carnival is a fantastic way to either get started or visit some old friends.

Every story leaves a unique imprint, but all 10 of these tales come together to give us something truly special. And the best part is, if you like what you see here, there are dozens of books to grab hold of if you’re looking to take a deeper dive into any of these mythologies.

‘The Cursed Carnival and Other Calamities’ review 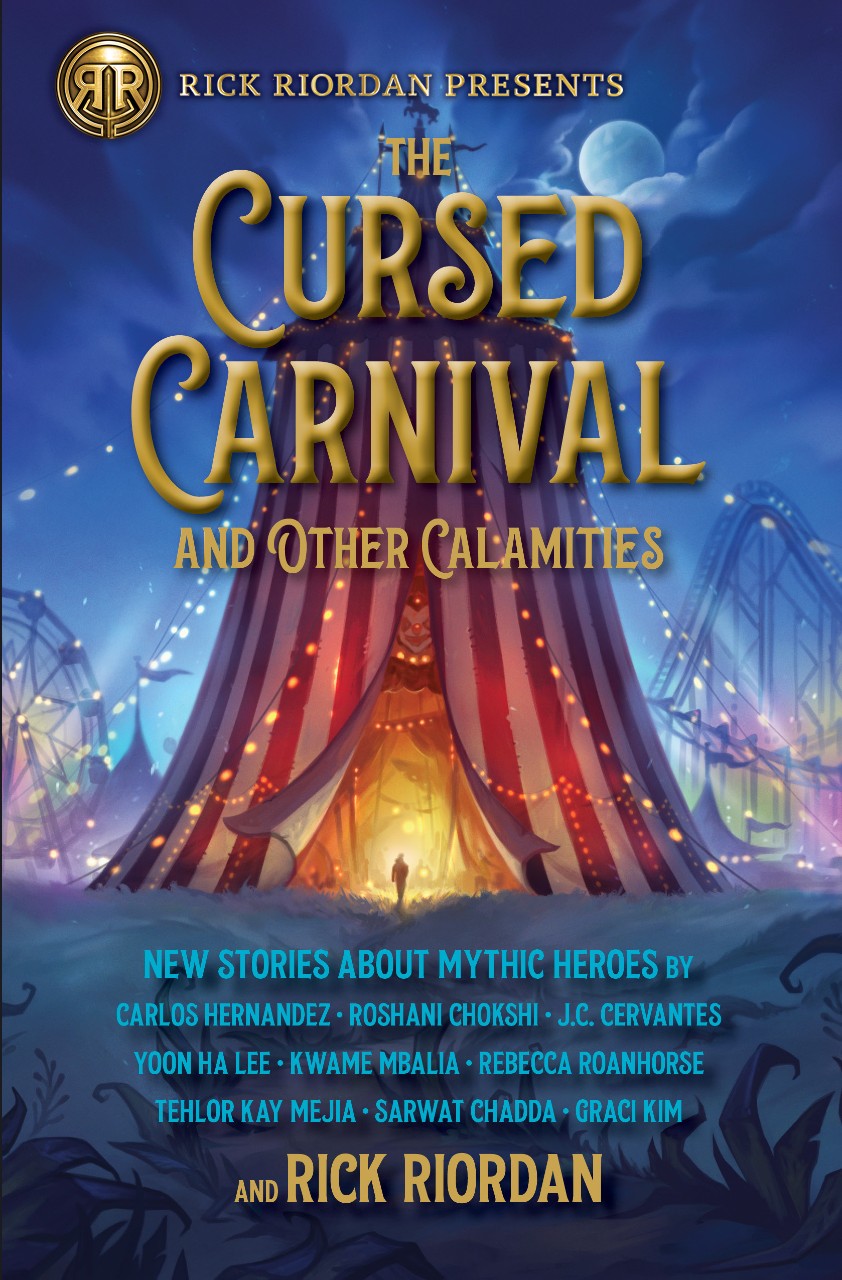 Back in 2018, when Aru Shah and the End of Time was first published, I had wondered if Aru Shah existed within the Percy Jackson universe. I had some strong evidence back then, and that evidence has only grown in the last three years.

In the introduction to The Cursed Carnival and Other Calamities, Rick Riordan talks about the Multiverse Mansion, where you can open up a different door and find yourself in a new universe. Perhaps all of these stories don’t exist in the same universe, but there are ways to travel to different realities.

As a huge fan of Marvel, I love shared universes, and this anthology was the perfect way to spend my time speculating about how all of these characters could somehow, someday, come into contact with each other.

Inside, you’ll find the following 10 stories by 10 different authors:

A few of our favorite things 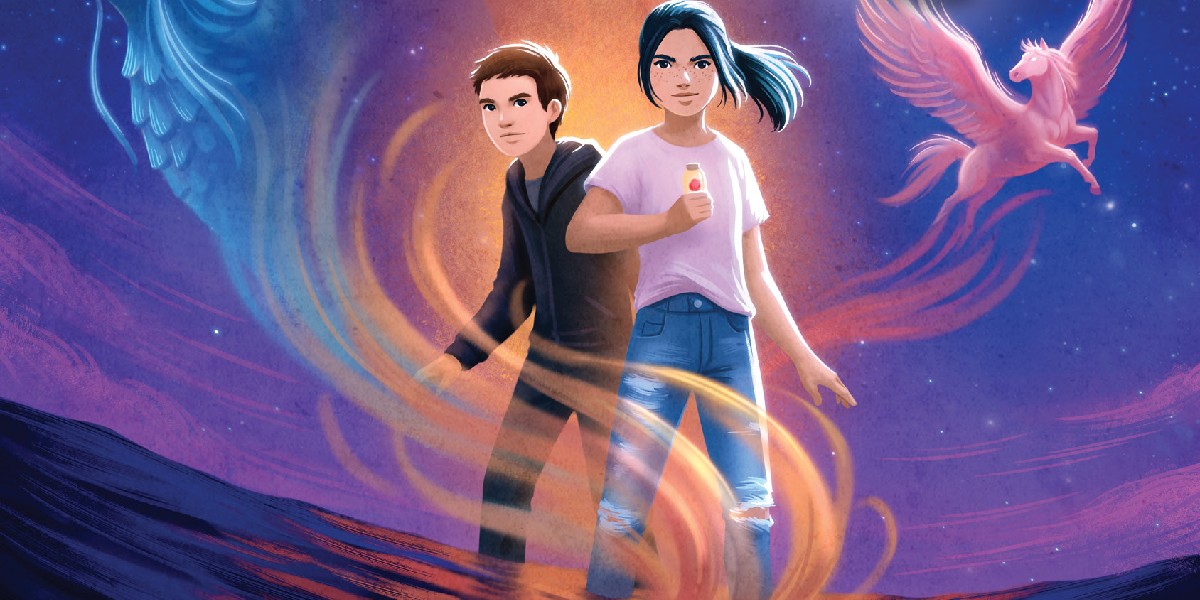 I’ve read about half of the current Rick Riordan Presents roster, and trust me when I say each and every book is worth your time. There are a million worlds to explore and a billion stories to be told, and I’ve been trying my best to keep up with them all!

Unfortunately, that’s a lot of books on top of all my other reading (check out the new book releases in August 2020, which includes an RRP title!), so I picked a few of my favorite stories from a few of the series I’ve gotten to read so far. This is just a snapshot of what Cursed Carnival and Other Calamities has to offer.

Let’s start with “Calamity Juice” by Carlos Hernandez, which takes place in the Sal & Gabi universe. This was a great story to kick off the book because it allows for a little bit of a through-line as we navigate the other stories.

When I first read Sal & Gabi Break the Universe, I was floored by how quickly I fell in love with this story, from the characters and the creatures to the science and the sass.

“Calamity Juice” is a little side adventure that reunites some of our favorite characters and solves a few problems along the way. It’s full of barfing unicorns and alternate realities and plenty of hijinks. Honestly, it’s hard not to love this crazy world that Carlos Hernandez has created.

Another favorite series of mine is the Pandava Quintet by Roshani Chokshi. Aru Shah is my favorite character from all the Rick Riordan Presents books, and every time I get to see her again, I feel like I’m visiting a friend. These books remind me of how I felt when I first read Percy Jackson.

“Beware the Grove of True Love” reunited Aru, Brynne, and Mini for another adventure, this time at the hands of Urvashi. They’ve completed four out of five tasks for the apsara, with the fifth reserved for our viewing pleasure. But with any mission given by a celestial being, this isn’t going to be straight-forward.

Urvashi tries to teach Aru and her sisters that love can be dangerous. It can save lives but it can also start wars. It is a powerful feeling that shouldn’t be underestimated, and by the end of their quest, the Pandava sisters have definitely learned their lesson.

While this story takes place prior to the latest novel (Aru Shah and the City of Gold), the Cursed Carnival and Other Calamities addition still holds weight, especially given its ominous ending.

Meanwhile, “My Night at the Gifted Carnival” by Graci Kim takes place prior to The Last Fallen Star. It’s a perfect setup for what happens to Riley in the first book, but it also allows us to explore the magic of her world in a whole new way.

It’s not an exaggeration to say the Gifted Carnival is an incredible place, and you might even catch a reference to “Calamity Juice” in there. But what really stole my attention was the enchanted food, which has some incredible effects depending on which items you eat.

I love Riley Oh’s world, and I’m excited to see where the story goes next in The Last Fallen Moon, especially now that we know there’s so much more left to learn about magic. 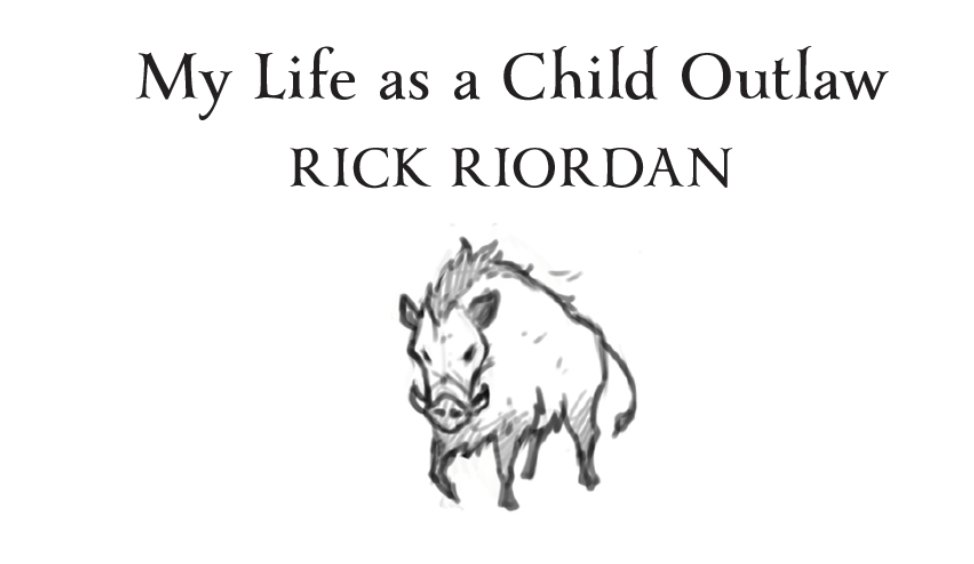 I don’t like playing favorites, especially since everyone who wrote a story for Cursed Carnival and Other Calamities is so talented, but I’d be lying if I said I wasn’t particularly interested in reading Rick Riordan’s short story, titled, “My Life as a Child Outlaw.”

This wasn’t a short story based in the Percy Jackson universe, but—perhaps even more exciting—it dives into Celtic mythology, which Riordan has been studying recently. I don’t think it’s too much of a jump to believe we could get more stories steeped in Celtic lore after this.

But let’s first talk about “My Life as a Child Outlaw,” which is based on the Irish myth of Fionn MacCool. As with his books about Greek, Roman, Egyptian, and Norse mythology, Riordan presented us with his interpretation of this famous story.

But there are some differences from his previous work. For one, “My Life as a Child Outlaw” is not set the modern era. The main character is eight years old, but the story feels much older than that. He tried to keep it kid-friendly, but Finn’s life was a violent one.

What I loved about this story is that introduced me not only to Irish mythology, folklore, and culture, but also the Irish language. As I said earlier, Riordan has been studying this topic for a while now, and he’s definitely using as much of his knowledge as he can.

Instead of anglicizing the language Finn used, he retained as much of the original Irish as he could, thereby teaching us some cool new words and phrases. There’s a glossary in the back to help, and it was fun reading through the list and trying to pronounce them out loud.

I don’t want to give away the actual contents of the story, but suffice it to say that “Child Outlaw” took place over the course of about a year—and a lot happened in that time. We get to meet a whole new cast of characters, get a lot of history within this world, and see what it’s like to walk a mile in Finn’s shoes.

My favorite part about this story is that while it felt finished, it didn’t feel over. We don’t know for sure what Riordan has planned next, but the end of “My Life as a Child Outlaw” definitely left me wanting more.

Here’s to hoping that wish comes true sooner rather than later!

What did you think of ‘Cursed Carnival and Other Calamities’?