As always, the Rick Riordan Presents imprint has bestowed upon us another spectacular novel, and this time it’s about the hidden world of Korean witches in Los Angeles.

Graci Kim does a fantastic job of introducing this magical new world to readers of all ages, and I’m so excited to see what comes next.

The worldbuilding in The Last Fallen Star is something truly special. It’s a lot to take in if you’re not already familiar with Korean mythology, but the author does an exceptional job of laying it all out before you. Each clan has a defined purpose, and it’s thrilling to see how they all work together.

The rules of magic are unique and cinematic, and after reading this book, you’ll see the whole world in a completely new light. If you’ve had fun identifying yourself according to your Hogwarts House, then you’ll be happy to know there’s a quiz to figure out what The Last Fallen Star clan you belong to.

But it doesn’t matter how cool a world is if you don’t enjoy the characters that populate it. Luckily, The Last Fallen Star is full of awesome people you’d definitely want on your side when battling for the fate of the universe.

The hero of our story is Riley Oh, who can’t wait to see her sister Hattie get initiated into the Gom Clan, whose motto is “Service and Sacrifice.” But as excited as she is for her sister, the moment is bittersweet because Riley is a saram, a person without magic.

Riley was adopted as a baby, and while her family accepts her as one of their own, the community at large doesn’t always feel the same way. All Riley has wanted to do her whole life is fit in, but being without magic makes you stand out like a sore thumb.

It’s safe to say we’ve all felt like Riley at one point in time—our differences make us special, but they can also make us feel like outsiders. If there’s one thing I want to make clear in this The Fallen Star review, it’s that children and adults alike will understand why Riley is so driven to find a place to fit in once and for all. 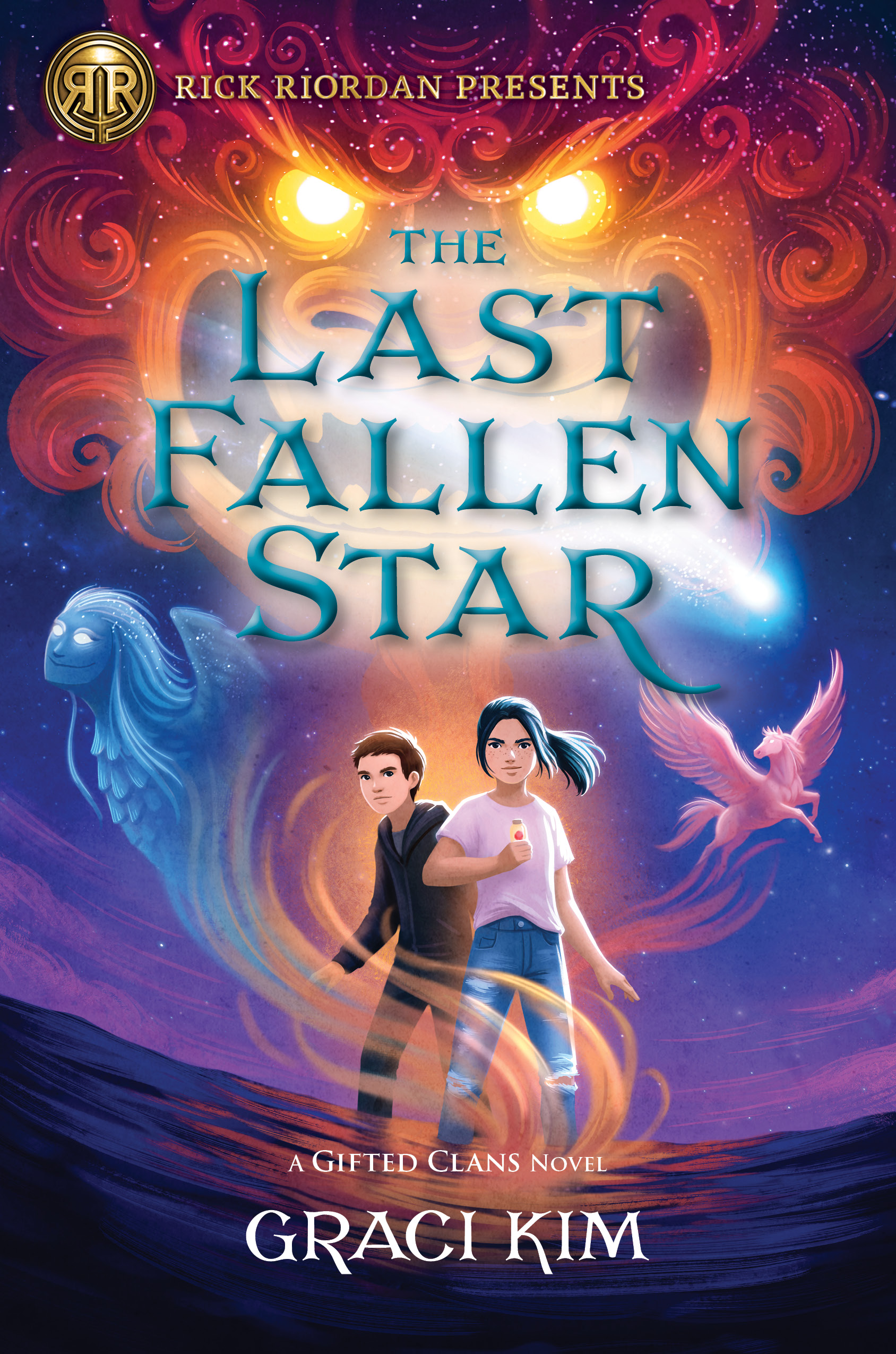 One of the greatest aspects of this book is Riley’s relationship with her sister, Hattie. The two of them are best friends, and their dynamic is exceptional. It’s such a breath of fresh air to see them being so supportive of each other, even while they struggle with their own inner demons.

Riley’s best friend Emmett struggles as well because he hates magic, but when Hattie’s life hangs in the balance, there’s no way he’s going to sit this one out. Emmett bakes a lot when he’s stressed, and I’m still thinking about the salted-caramel cookies mentioned in the book.

(Food is a major highlight in The Last Fallen Star, so make sure you don’t pick it up while you’re hungry!)

Every character in this book is three-dimensional with layers of complex emotions and backstories. Even when you think you don’t like someone—there is a resident bully who will be sure to get under your skin—you find out that maybe it’s not as cut and dry as you’d like to believe.

Plus, none of these books are complete without a set of fun creatures and sidekicks and magical items that make the world more colorful and interesting. My personal favorite is Boris, the magical dragon scooter.

It’s difficult to write book reviews without giving away too much, and this The Last Fallen Star review is no exception. However, I have to mention what a wonderful job Kim did of giving us a story with twists and turns that took me by surprise.

There’s one in particular I’m still thinking about, and I can’t wait to see how it plays out over the next two books in the Gifted Clans series. Every book that comes out of this imprint is stellar, and The Last Fallen Star is no exception.

Needless to say, I’m going to keep reading them for as long as they’re being published.

(If you enjoyed this The Last Fallen Star review, be sure to check out my Aru Shah and the City of Gold review, too.) 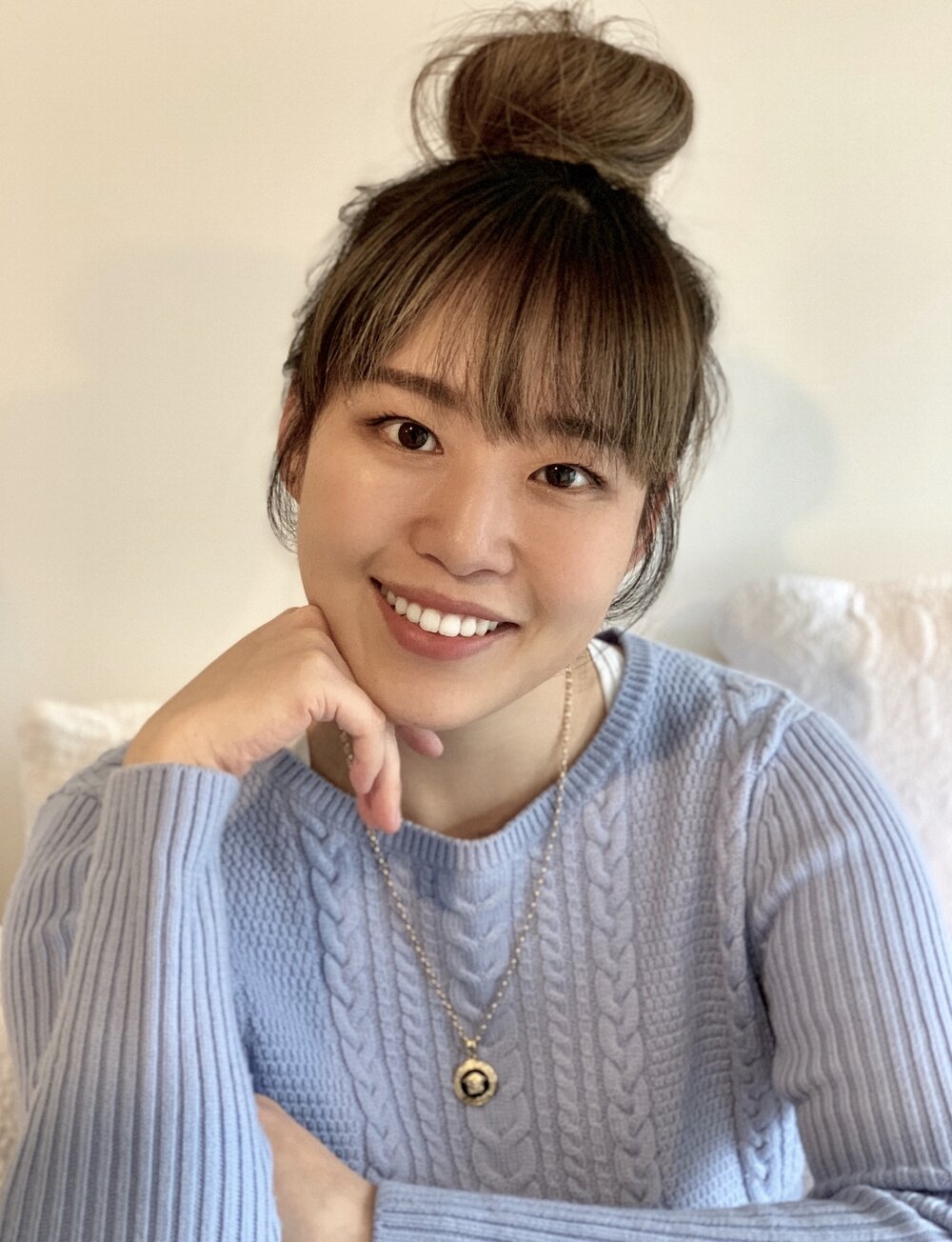 What was it like finding out you would be joining the Rick Riordan Presents family? How did you celebrate?

Funnily enough, the morning that I got the news, I’d just had my bloods taken and was already feeling a little faint. Then there I was, lying on a clinic bed getting a twelve-week scan on my pregnant belly when the message came through that I was going to be published by Rick Riordan Presents. You can only imagine the emotions that were pumping through my body. A human baby and a book baby. That’s a LOT to absorb in one go! I walked around like a stunned mullet for quite a few days afterward, not really digesting the news. But when it did finally sink in, I was just so overcome by gratitude. I couldn’t believe something so incredible was happening to little old me! Was this even real life? To celebrate, my hubby took me on a getaway to a small seaside village in Hawkes’s Bay, New Zealand (food and wine country), and it was the best weekend ever.

What was the hardest part about putting The Last Fallen Star together? What was the easiest?

The hardest part was the immense responsibility I felt to do the myth and folklores of my childhood justice. I wanted to make sure that those who also grew up on a fulsome diet of Korean lore could see their tales represented in a familiar but fresh way. I also felt a great duty to capture the diaspora experience in a manner that resonated with the community. We are not a monolith, and the experiences of the diaspora vary wildly, but I wanted to work hard to capture some of the more universal elements of living this complex and beautiful identity.

The easiest part about putting The Last Fallen Star together was including all the references to food! I’m obsessed with food and with eating, so that part of it felt like second nature.

What do you hope parents and older fans may learn from reading your book?

The messages I hope parents and older fans may take from the book are the same ones I hope younger readers may take away. That is, firstly, that belonging and acceptance must start within ourselves. Growing up, I thought I was somehow “less than” because I was stuck between being neither Korean nor Kiwi, not ever fully belonging in either community. It took me a while, but I eventually learned that it was a false choice. Instead of seeing myself as two incomplete parts, I could see myself as two entire wholes. I realised that, ultimately, it was my decision whether I wanted to belong. Secondly, I hope that by following Riley Oh’s journey, readers of all ages can be reminded that true magic lives inside each one of us—in the actions we choose to take every day.

What can you tease us about The Last Fallen Moon?

I can’t say too much yet, but I can say that The Last Fallen Moon will take Riley Oh on a new journey outside of Los Angeles, and that it might be much further and much closer than you may think… You can definitely count on meeting a new crew of fantastical creatures from Korean mythology, too!

Too many! But there is one I absolutely adored, and it happens to be coming out May 18. It’s called Made in Korea by Sarah Suk, and it’s a feel-good YA rom-com about two Korean American teens who run competing Korean beauty businesses from their lockers at school. They butt heads like anything, but the thing about strong feelings is that sometimes they can turn into another strong feeling… One like love! It’s wonderful, and I can’t wait for it to be out in the world so it can find its way into readers’ hands.

If you could form an Avengers-style team-up with ANY characters from the Rick Riordan/RRP universe (including from your own book!), which six would you choose?

Wow, this is such a cool question! **steeples fingers in a maniacal fashion** Okay, hear me out. I would first choose Emmett Harrison from The Last Fallen Star because he’s snarky, bakes delicious treats, loves animals, and is loyal as hell—all key superhero traits, if you ask me. Then I’d pair him up with Nico di Angelo from the Percyverse because I think the two of them would get along like a house on fire! Then for some reason, I imagine the two of them rounding up a ragtag crew of animal sidekicks from the Rick Riordan Presents fambam, because, well, why not? We’d have Bruto the Chupacabra puppy from Paola Santiago, Sargon the Lamassu from City of the Plague God, and Miv (pronounced Mee) the sarcastic talking cat who you’ll get to meet when Lori M. Lee’s book, Pahua and the Soul Stealer, comes out in September. Then last but not least, I would say the gang would be finished off nicely with a live chicken from the chicken factory planet in Sal and Gabi. What a crew, indeed!

What did you think of the first book in the Gifted Clans series by Graci Kim?