As the fourth book in the Pandava Quintet comes to a close, I already mourn the end of this fantastic series. Sure, we have one book left, and a year to bask in the light from the City of Gold, but I’ll never be ready to say farewell to Aru, Brynne, Mini, Aiden, and the others (yes, even Rudy).

At the end of Aru Shah and the Tree of Wishes, our heroine had made an all-important wish that she hoped would turn the tide in the Pandavas favor when it came to the battle against the Sleeper.

With Aru’s father growing ever closer to tearing the world apart, the group must venture to Lanka, the City of Gold, to ask permission to wield a magic army that will help them stop the Sleeper from getting his hands on a powerful weapon.

But no journey is easy for the Pandavas, and Aru Shah Book 4 does not pull its punches. The Pandava sisters (and all Pandava-adjacent heroes) are tested over and over again, with each character rising to the occasion and overcoming their deepest fears.

For however close Aru, Brynne, and Mini are, they’re still sisters. That means they’re bound to disagree, fight, and say things they’ll come to regret. As hard as it is to see them struggle, it allows for us to see into the darkest part of their souls.

Each one of them is a complex character with faults they must face head on. Nevermind that they’re only 14 years old! There is more than one world hanging in the balance, and despite the mistakes they make, the Pandavas are never one to give up.

This Aru Shah and the City of Gold book review would be remiss to ignore another vital character: Aiden. If you’ve been desperate for Aiden and Aru’s friendship to become something more, well, keep wishing upon that tree.

No spoilers, but fans of these two will be both delighted and disappointed. Roshani Chokshi sure knows how to give us a slow burn romance, though I’m hardly complaining. Every accidental touch and feverish glance weighs heavier when these two refuse to admit how they feel about each other. 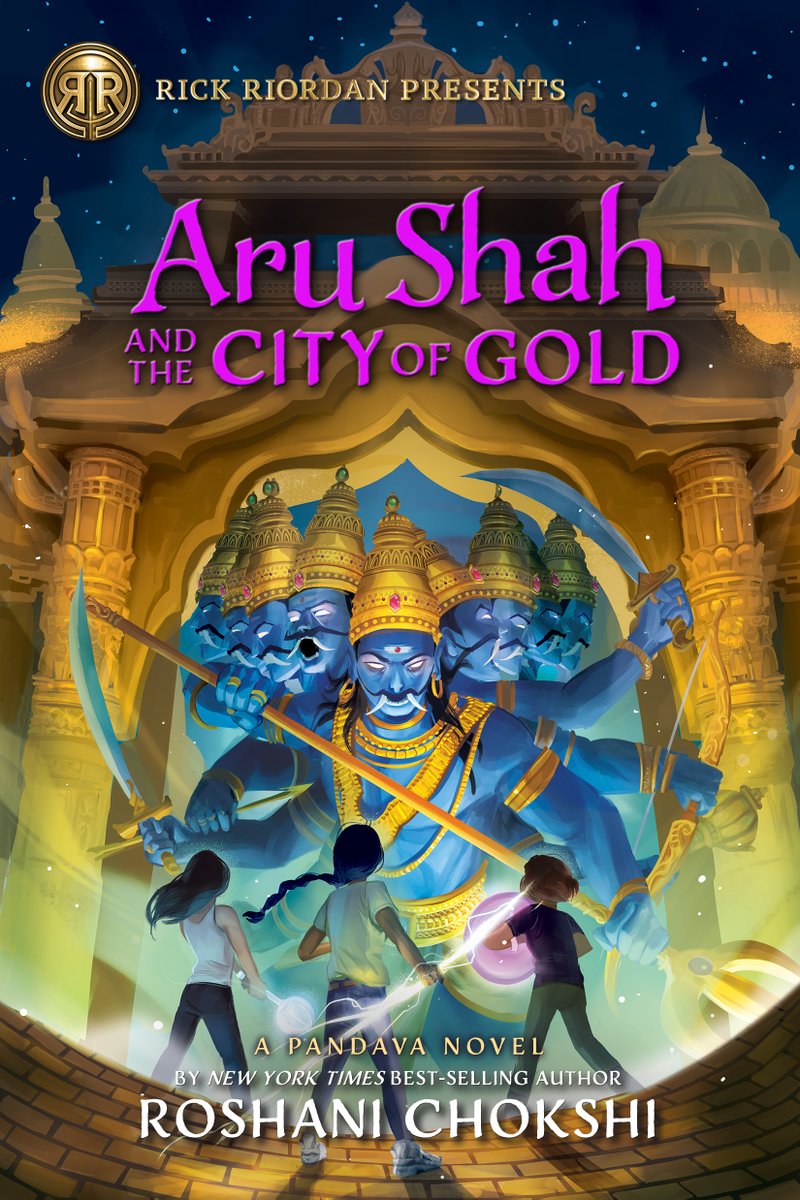 But it’s not just old faces that bring light to this story. Aru meets her new sister, Kara, who claims she’s also the Sleeper’s daughter. Whether or not Kara is telling the truth hardly matters because Aru can’t defeat their father without her help.

Kara adds a new element to this story, and though you always have that nagging feeling in the back of your mind, you can’t stop yourself from caring about her, too. She’s had a rough life growing up, and her need to help the Pandavas seems genuine.

But that doesn’t always matter when it comes to manipulative gods and tricky prophecies. Besides, Aru has been burned before. Remember Boo? That one still stings, and Aru will need to figure out who she can trust and who has betrayed her one too many times.

Aru Shah and the City of Gold is certainly about family, but it’s also about hope in the face of overwhelming odds. Aru and her friends don’t always make the right choices, but as long as they have hope, it can lift them ever higher on the wind of victory.

Chokshi has an uncanny ability to make you laugh and cry at the flip of a coin. The innumerable pop culture references and perfect one-liners will make you smile, only to be juxtaposed against universal anxieties about acceptance, love, and power.

Aru has experienced an incredible amount of heartbreak in her 14 short years on this planet, and yet she finds a way to stay positive, inspire others, and steel herself for what’s to come.

And boy is there a battle ahead.

In the fifth and final book, Aru Shah and the Nectar of the Gods, our heroine will come face to face with the Sleeper one last time. He’s willing to tear the world apart to get what he wants, and though Aru has come to understand that much of his destiny was out of his control, it doesn’t mean she hasn’t vowed to stop him.

With everything on the line, Aru will need to make some difficult choices in the next book, but I have faith that she’ll do what’s right. City of Gold threw some major obstacles in her path, and while a lot of has changed in her life because of it, some things have stayed the same—like the Pandavas and their commitment to doing what is right, no matter the cost.

What did you think of ‘Aru Shah and the City of Gold’?