‘Sal and Gabi Break the Universe’ book review: Time to save the multiverse

Sal and Gabi Break the Universe by Carlos Hernandez is a story about magic, honesty, heartbreak, and being your very own superhero.

I’ve been reading every single one of the books that have come out of the Rick Riordan Presents imprint since Aru Shah and the End of Time hit store shelves in March of 2018. They’ve all offered something unique and wonderful, but I’m not sure any of them have impacted me the way Sal and Gabi Break the Universe has.

Each book in this imprint is meant to explore different cultures and mythologies for the sake of both children and adults alike. For Sal and Gabi, that’s the Cuban community.

This book is unapologetic about its Cuban influences — and why shouldn’t it be? The pages are peppered with Spanish that isn’t translated. Sal talks at length about his culture and upbringing. And let’s not even get into the food. Better to just expect you’re gonna be hungry the entire time.

The world is a diverse place and it doesn’t always come with subtitles or handy explanations. Sal and Gabi does an excellent job of toeing that line for its audience. Sometimes we’re let in on the secret, and sometimes we’re meant to either use context to understand what’s going on or it’s assumed we’ll have to look something up on our own.

While this might be an easy concept for children to understand (they have to use context clues and look up definitions all the time), many adults probably aren’t accustomed to doing this later in life. I imagine it’ll not only be a great bonding experience for parents reading to their kids, but it’ll also challenge adults to move outside their comfort zones.

Much of Sal and Gabi Break the Universe is about learning. As our main characters experience new people and situations, we get to learn right alongside them. That learning curve isn’t always easy, but it teaches valuable life lessons nonetheless. What more could we ask for?

Toxic masculinity isn’t just a huge problem in the Hispanic community; it’s a universal language, and Sal and Gabi fights this issue head-on in a number of ways.

Sal has Type 1 Diabetes, but it’s just a part of his life, not something that makes him weak. His father is an emotional and loving man who has no problem showing affection for both his wife and son, and this is obviously something Sal has picked up on, as he isn’t worried that his classmates might think he has a crush on someone or that he’s being “girly” if he’s compassionate.

And while these examples are obvious, there are more nuanced instances of avoiding stereotypes or correcting bad behavior, particularly when you talk about Yasmany, who bullies Sal within the first chapter of the book. Yasmany’s story is complicated, and Hernandez does an excellent job of showing the different facets of this boy’s life. He neither forgets what Yasmany has done nor condemns him for situations beyond his control. 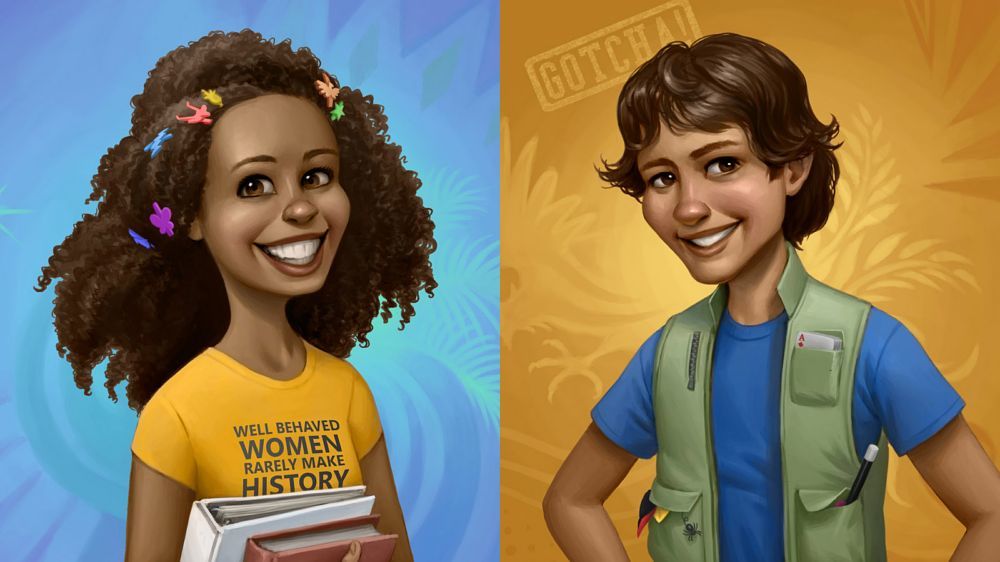 Sal and Gabi is a hilarious book, and there’s no doubt in my mind that if you like the humor in any of Rick Riordan’s Percy Jackson books, you’ll enjoy this novel as well. But just like Percy Jackson, Sal and Gabi also hits you with the heavier subjects. Threads of physical and mental illness, death, abuse, and gender and sexual identity are sprinkled throughout.

The best part about Sal and Gabi Break the Universe is that it can be used as a tool to teach both children and adults more about worlds they don’t inhabit — and I’m not just talking about the multiverse here. This novel reminds us that we can’t possibly know what any given person is going through on any given day.

Instead, it reminds us to be true to ourselves while also being respectful of others. If you do something wrong, apologize. If something wrong is done to you, find out why. Sal, Gabi, and Yasmany should be archrivals, but instead they become friends because they take the time to get to know each other. Ignorance can be replaced by understanding if you’re willing to put in the time and effort.

Our titular heroes are by no means perfect. Sal can cross the line when it comes to his magic tricks, sometimes scaring his classmates or making them feel uncomfortable. But he takes the time to explain his love of magic and tries to share his passion with others to make up for his failings. Gabi takes on too much and doesn’t realize how controlling she can be. But her kindness comes from a genuine place and she truly wants to see her friends succeed.

Perhaps what’s even more surprising is how incredible the adults are in this story. They’re not perfect either (and, in fact, not all of them are good), but the way the various teachers and parents support the kids is admirable. They don’t just tell them to shoot for the stars, they actually back that up with their actions.

They often struggle with the right answers, but they can admit when they’re having trouble. They stop and listen to the kids when they have an idea instead of just dismissing them. It’s not that the grown-ups treat the kids like adults; it’s that they treat them like people who could possibly have opinions and perspectives different from their own.

I’ve never wanted to live inside a book so much.

Unlike previous Rick Riordan Presents titles, Sal and Gabi Break the Universe isn’t based on mythology. Instead, it’s solely focused on science. Sal has the ability to see and interact with multiple universes, which means he has the great responsibility not to break the universe. Based on the title alone, you can guess how well that goes.

I loved that magic and science went hand in hand for Sal, that they were different sides of the same coin. His school emphasizes the importance of both the arts and the sciences, and they’re adamant about being simultaneously diverse and inclusive. There truly is a little something for everyone in this book.

Sal and Gabi Break the Universe by Carlos Hernandez is available wherever books are sold! You can order it on Amazon, Barnes & Noble, IndieBound, and Book Depository, or add it to your Goodreads list. 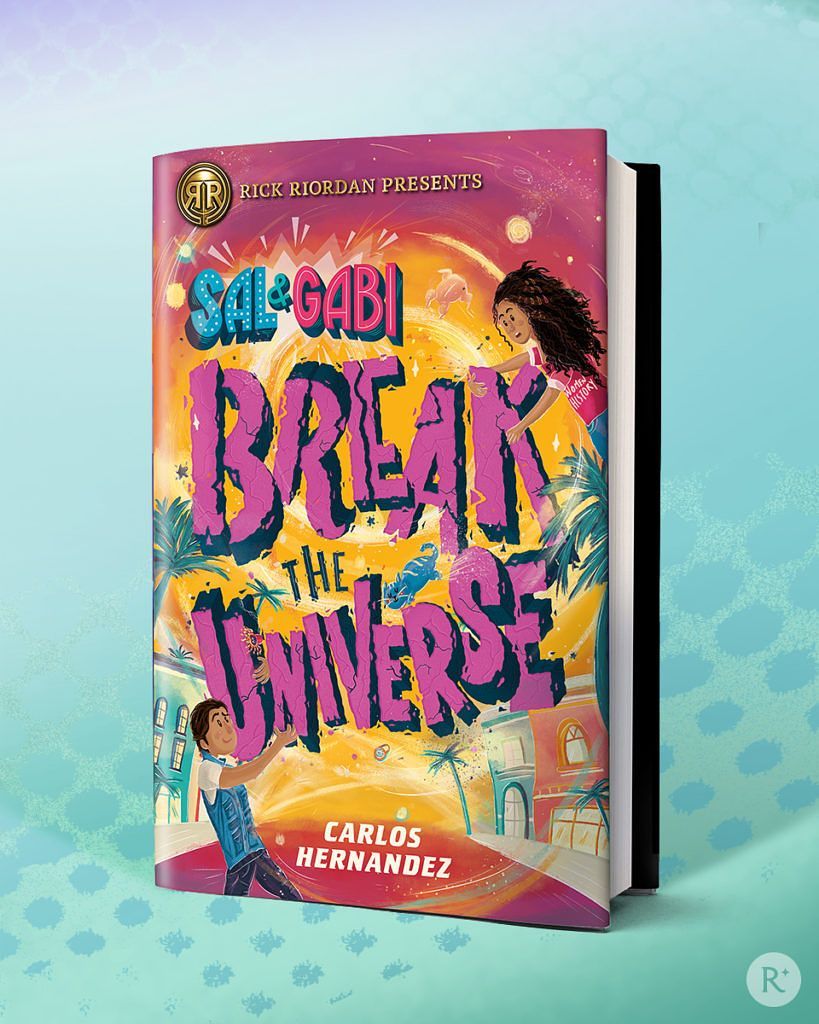