We use cookies to ensure that we give you the best experience on Hypable. If you continue to visit us, we will assume that you are happy with it.
1:30 pm EST, February 27, 2020

Taylor Swift’s music video for “The Man” could not be any more relatable.

Taylor Swift’s “The Man” is the kind of song that begs to be made into a video, and Taylor Swift did not disappoint with her latest release.

In her directorial debut, she created the perfect visual representation of the song with “The Man” music video. If you haven’t seen the video yet, check it out here!

Related: Taylor Swift’s “The Man” is an essential track on Lover

The song explores how Taylor Swift’s career and personal life would be differently perceived and portrayed in media if she did all the same things, but as a man. Lines like “if I was out flashing my dollars, I’d be a bitch, not a baller” paints a clear, and presumably accurate picture of how a man would be praised for the very things she’s persecuted for.

In “The Man” music video, Taylor Swift plays herself as “Tyler Swift,” who’s celebrated for going through life as loudly and lavishly as he pleases. The prosthetics and makeup in the video are incredible, but that’s not even the best part.

If you ask me, the best part of Taylor Swift’s “The Man” music video is how many times while watching it I said a confident and resounding, “Yup.” Just like with the song, the video does an amazing job at showcasing the many frustrations that come with not being “the man,” making it one of her most relatable videos to date.

Here are the five most relatable moments in Taylor Swift’s “The Man” music video! 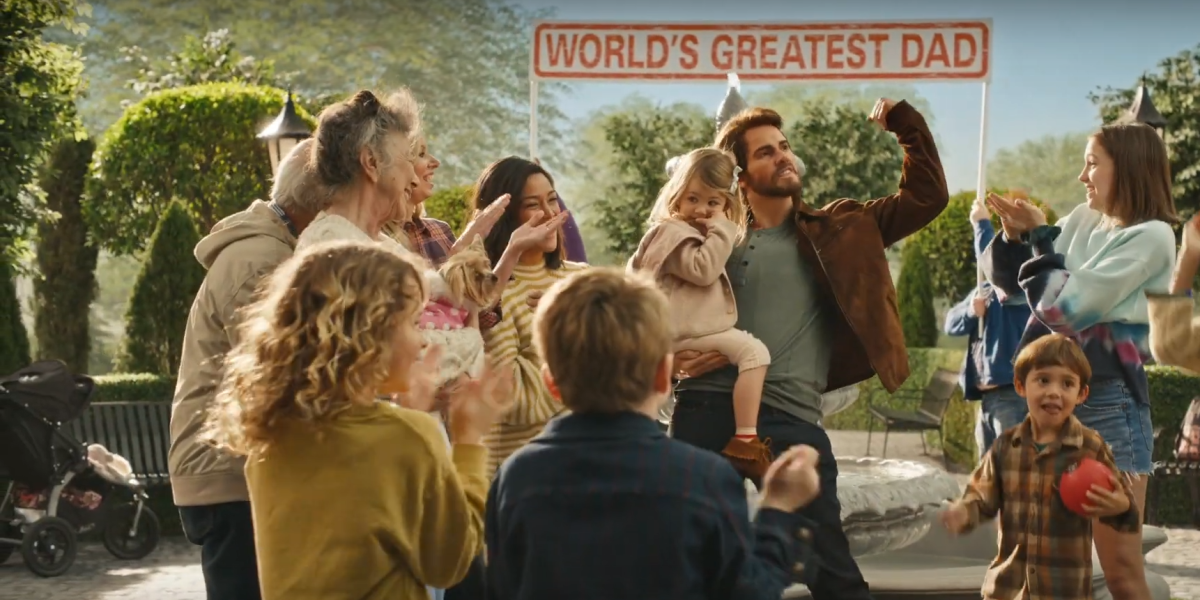 There’s a scene in the video where Tyler bring his daughter to the park. He barely pays any attention to her, but the second he merely remembers she’s there, everyone in the park begins to swoon and cheer. A man is taking time out of his busy schedule to be with his child? Give him all the medals!

The expectations and possibilities for fathers have definitely shifted for the better in recent years, but they still aren’t held to anything close to the impossible standards that mothers have to live up to. Even in 2020, it seems like mothers have to be literal superheroes to simply not feel like they’re completely failing, while if a man spends any time at all with his kids, he’s seen as an amazing “hands-on” parent.

We’re certainly not saying there aren’t plenty of “world’s greatest dad”-worthy men out there. While the man in Taylor Swift’s “The Man” music video falls terribly short, there are many amazing fathers who deserve all the credit in the world. The main problem is how hard we are on mothers, when we really need to lend them a little more support and a lot more slack! 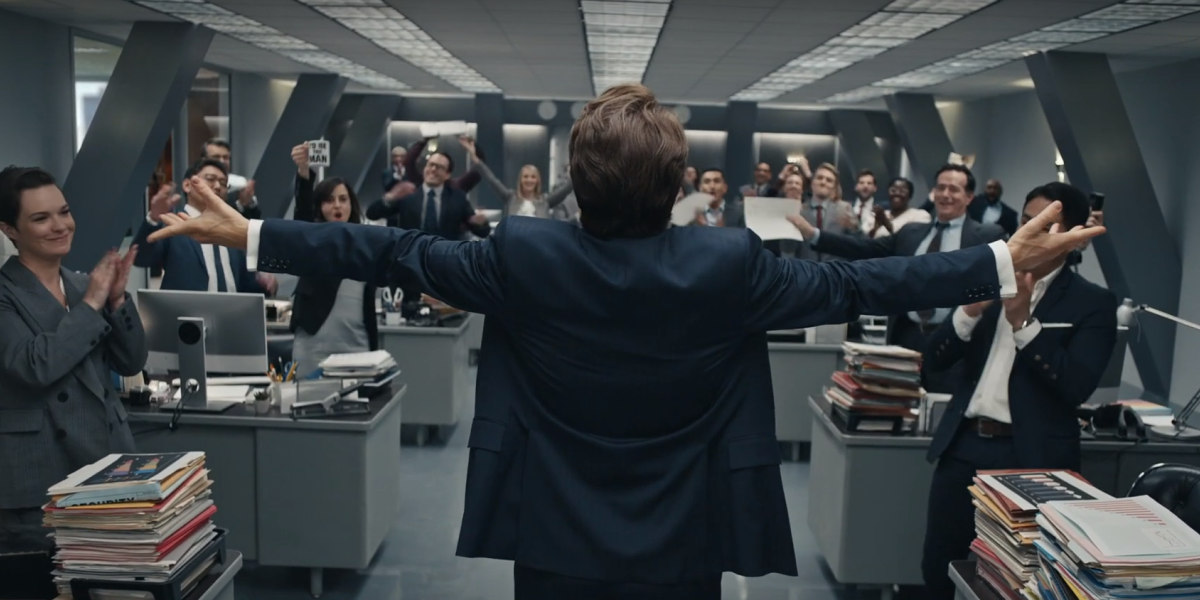 “The Man” opens as Tyler Swift looks out over his kingdom before proceeding to enact his reign over his loyal and adoring underlings. He seems to be harsh, slightly erratic, and mildly incompetent, but everyone is falling over themselves to respect and obey him for the #boss that he is.

Any woman in a male-dominated field will recognize the absolute truth and injustice in the fact that if she were to behave in the same way, she would be hated. That is, if she ever managed to get promoted in the first place. Women often have to yell to be heard in these circumstances, and are subsequently scorned for raising their voice. 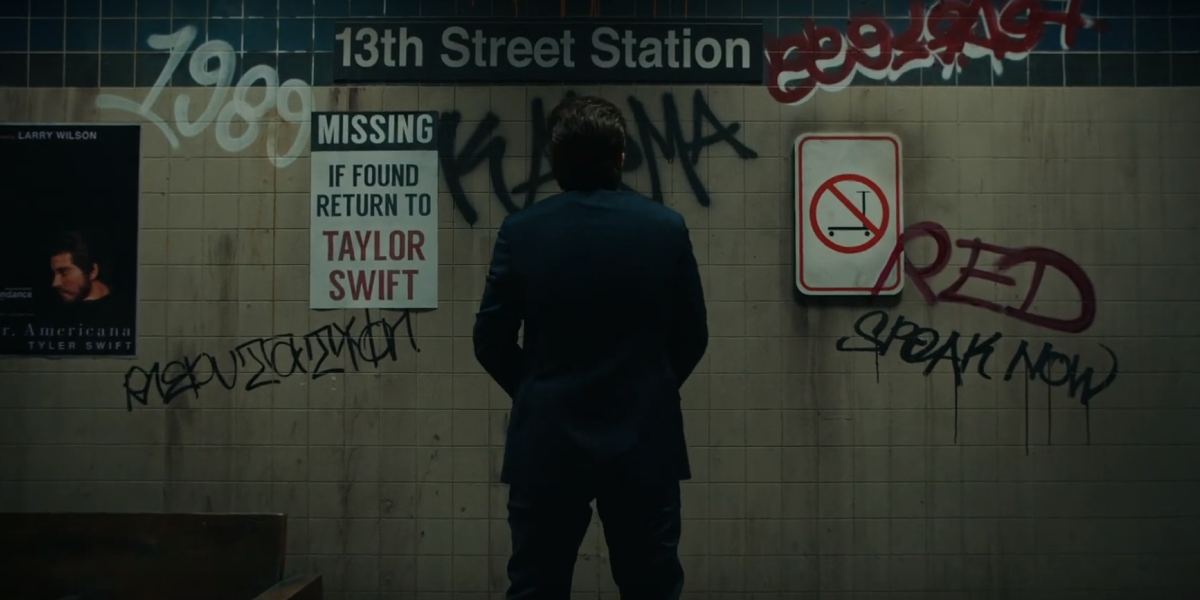 The ease with which men can publicly urinate is something that I’m both disgusted by and envious of. As a biological feature, it’s actually a pretty spot-on representation of the position of power men hold in our society. It’s just so damn easy for them to whip it out and pee on everything, it’s hard to even begrudge them for doing so.

On top of the extreme “yup” that the public urination scene garnered, it was one of the best real life “stick it to the man” moments in Taylor Swift’s “The Man” music video. The wall that Tyler’s defacing contains the names of all of Taylor Swift’s albums for which Scooter Braun now owns the masters. It has a sign that says, “If found, return to Taylor Swift,” and another sign that indicates “no scooters!” It’s more pointed than petty and it’s fully amazing.

Side note, the wall also says the word “Karma,” which some Swifties are speculating might be Taylor Swift’s next album title.

The ubiquitous belief that men are simply more sexual or that they all have an extreme, unquenchable thirst to rack up as many partners as possible is harmful for everyone. It perpetuates the idea of men being powerful takers and of women being tools in all aspects of life. It also leads to less fulfilling sex lives for men and women alike, as men feel like they need to measure up to this flawed idea of masculinity and women don’t feel free to explore.

Just like that except sexier, more innocent, stronger, more delicate. And smile more. 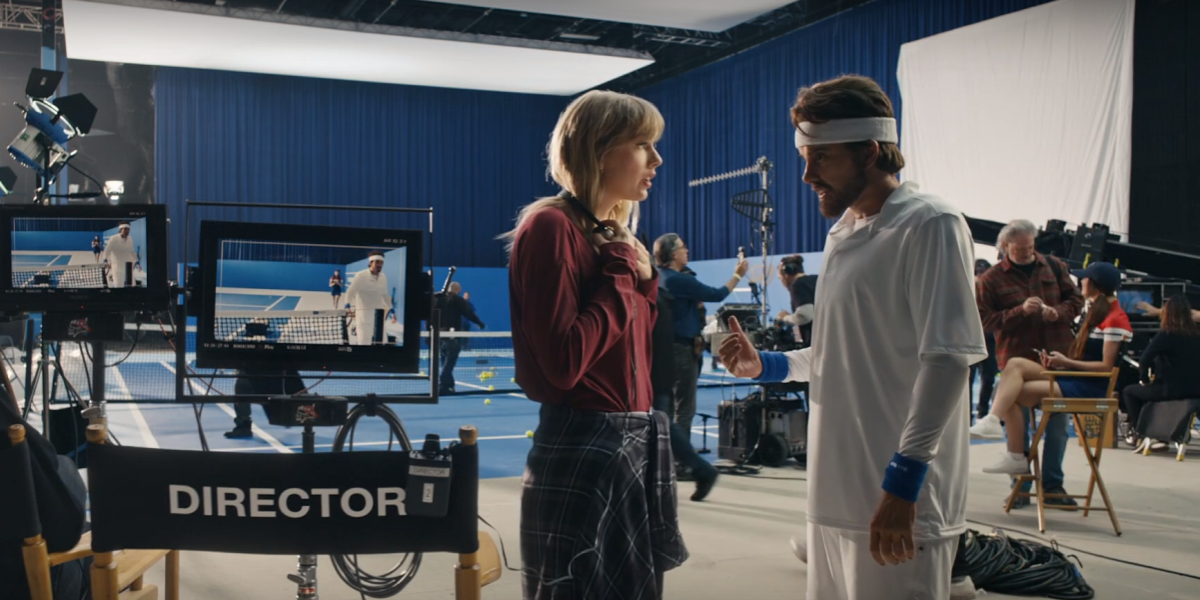 After throwing an epic mantrum on the tennis court, Tyler Swift comes over to Director(!!) Taylor Swift to ask how he did in that scene. She tells him it was good, but next time he should do it “sexier” and “maybe more likable.” Tyler quietly nods and agrees.

This is a great representation of the way we treat women in the entertainment industry, but also in real life. Women are expected to do all of the same things that men do, and we also need to look hot while we do it, and not do it in a way that makes men feel uncomfortable. It’s exhausting!

What moment in Taylor Swift’s ‘The Man’ music video did you find most relatable?