It wasn’t too long ago that ReWatchable decided to tackle Agent Carter with the idea that we’d be wrapping up our season 2 discussion right around the same time Avengers: Endgame would drop.

Endgame put Peggy Carter’s name back into the headlines, and we sure had a lot to say about this character, between all of her television and movie appearances. Make sure you listen to our Agent Carter run in its entirety!

But now that we’ve wrapped on Peggy, it’s time to turn our sights to a new show. This time, we’re actually going back to a series we’ve already discussed at length — Veronica Mars!

The Veronica Mars reboot at Hulu has given us a unique opportunity to revisit a series we’ve already discussed on ReWatchable, which will include some of our original hosts from that round! Danielle, Karen, and Ariana are back and will be joined by Kristen, Maj, and Kendra! 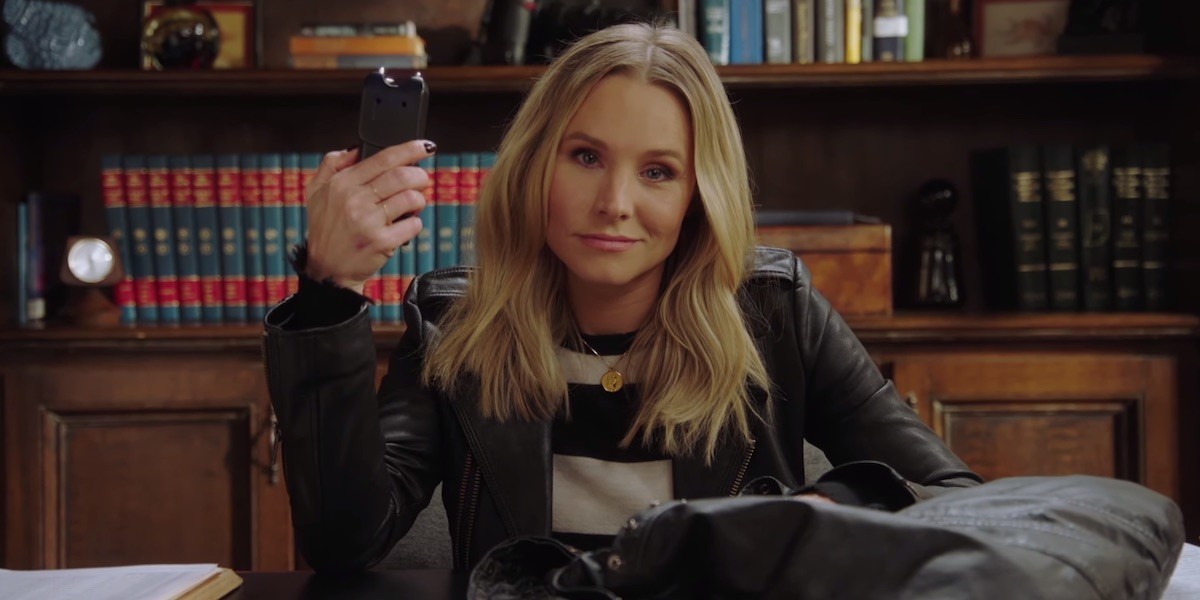 This round is going to operate a little differently than previous rounds, in that we don’t have any true newbies on board. All six of us have seen the original run of the show, as well as the movie. About half the group have already watched the new season, while the other half is going to try to stay spoiler-free for as long as possible.

ReWatchable will be taking Veronica Mars season 4 one episode at a time, and we won’t spoil anything down the line, just in case you want to follow along on a week-by-week basis! If you plan on sending us any of your thoughts (more on that below), please keep them contained to the current episode or anything that came before.

Our Veronica Mars introduction episode is out now!

Hey Marshmallows!! We're BACK with and kicking off our #VeronicaMars rewatch/first watch of the new Hulu series! Here is a helpful guide for how things run around here. pic.twitter.com/xsvitZfEZH

If you’ve never listened to ReWatchable before, what can you expect? Inside jokes and ridiculous crack theories, a lot of laughs and deep discussion, and a group of friends who love chatting about their favorite shows.

If you’d like to leave us some (spoiler-free!) feedback, please email us at [email protected], tweet us @Re_Watchable, or visit us at ReWatchablePodcast.tumblr.com. We’ve also got a brand-new Facebook page over at ReWatchable’s ReWinders!

Check out our latest episodes below: