‘Agent Carter’ is the next show our ‘ReWatchable’ podcast will tackle

Do you miss Agent Carter as much as we do? Hypable’s ReWatchable podcast will be discussing the show episode-by-episode over the next couple months.

Having just wrapped up our run of Sense8, it’s now time to tackle a new show. Agent Carter has been on the table for a while now, but with the MCU having just turned 10 and Avengers: Endgame on the horizon, it seemed like the perfect time to dive in.

Peggy Carter was first introduced in Captain America: The First Avenger and has gone on to feature in several other films, including Civil War and even Ant-Man. However, it was her starring role in the one-shot Agent Carter that gave Hayley Atwell the chance to play this incredible character full-time. 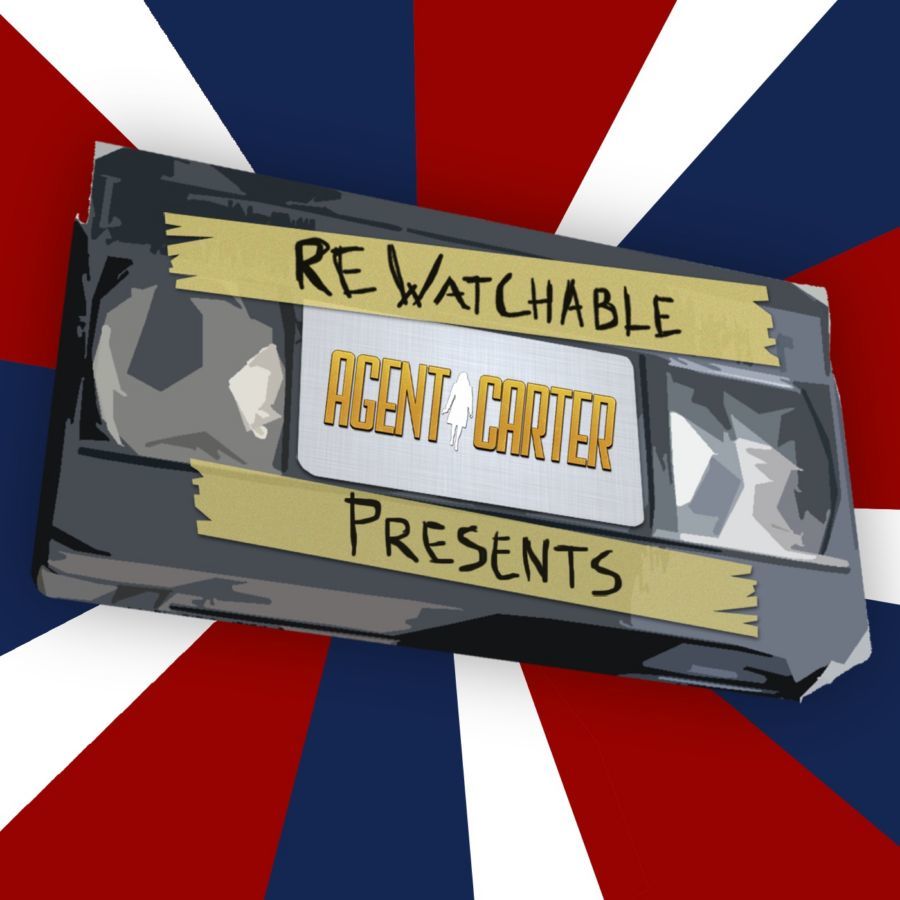 But all good things must come to an end, and sometimes they do so well before their time. Agent Carter only ran for two seasons before it was cancelled, much to the devastation of its many fans.

But hope is never lost, and those who enjoyed watching Peggy take down the patriarchy haven’t given up. There’s a huge community of Agent Carter fans who are still calling for the show’s return, and Atwell herself has talked about how she’d take the role back up in a heartbeat.

ReWatchable, Hypable’s TV rewatch podcast, is ready to do our part, and we cordially invite everyone to come watch Agent Carter with us, whether you’ve never seen the series before or you’ve already watched it 100 times.

You can currently find Agent Carter on Hulu, and we encourage you to tune in every week to listen to us discuss an episode of the show. As is usual for us, we’ll begin with an introductory episode, announcing the hosts and getting a feel for everyone’s Agent Carter knowledge. We’ll follow up with an episode about The First Avenger, and then jump right into Agent Carter.

You’ll hear from two superfans and two newbies each week. Since not all of our hosts have watched the show before, it’s imperative that the podcast and any feedback you may provide remains spoiler-free. We want to give our newbies the purest experience we can! 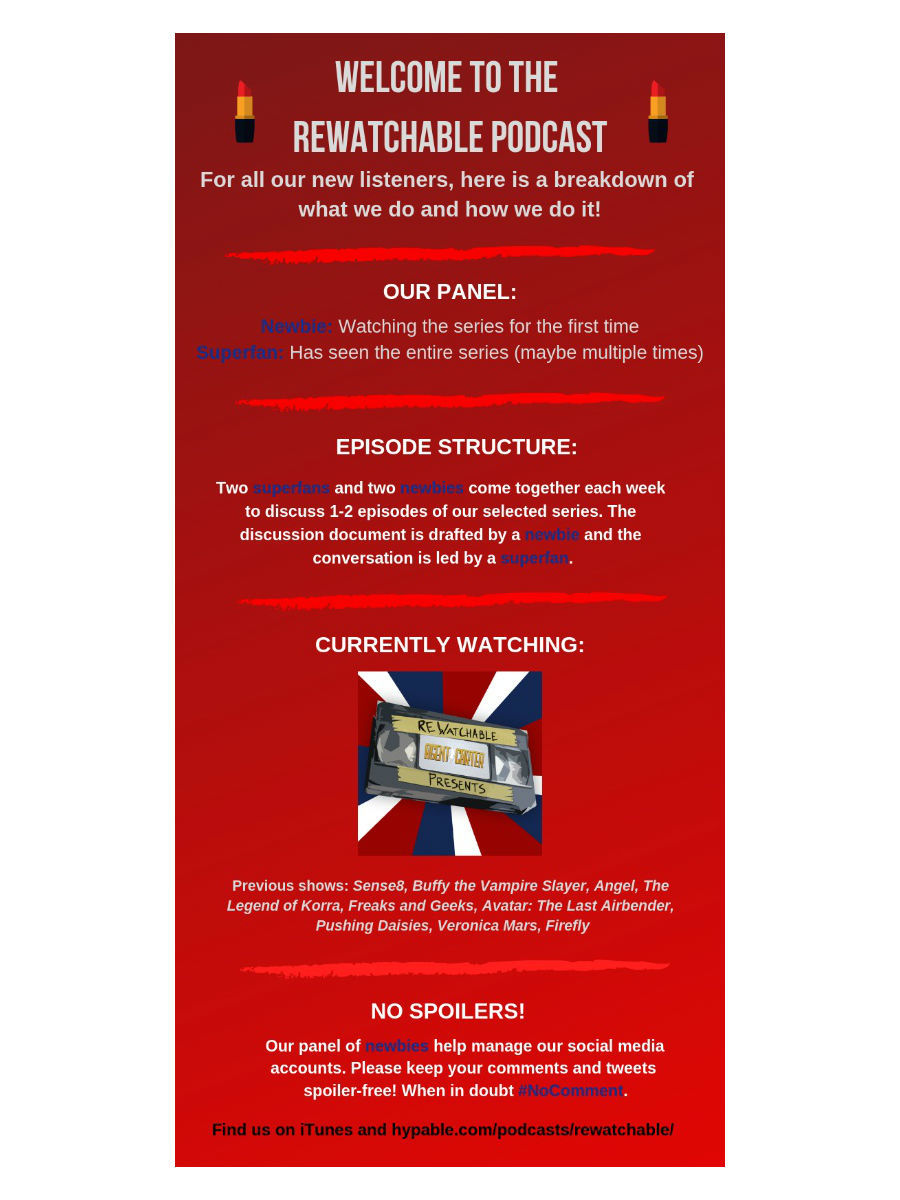 Our first episode will air Tuesday, January 29, 2019. Be sure to join Danielle, Natalie, Karen, Maj, Brittany, Kristen, Mitch, Ariana, and Nasim on our journey through Agent Carter!

If you’ve never listened to ReWatchable before, what can you expect? Inside jokes and ridiculous crack theories, a lot of laughs and deep discussion, and a group of friends who love chatting about their favorite shows.

If you’d like to leave us some (spoiler-free!) feedback, please email us at [email protected], tweet us @Re_Watchable, or visit us at ReWatchablePodcast.tumblr.com.

Check out our latest episodes below: