‘The Magicians’ season 4, episode 12 review: Things are NOT GOOD

When I tell you things got BAD in The Magicians season 4, episode 12, I’m not kidding. Things have gotten really, fucking bad. Time to prepare for emergencies. This isn’t going to end the way you think.

First off, deep breaths everyone. No matter how bad it looks it can always get wor-, erm, just take deep breaths. Clearly, things are FUBAR right now, but there’s got to be a way out. There’s always a way out with The Magicians, even if it’s usually an “out of the frying pan, into the fire” way out — at least it’ll be a new terrifying problem.

Okay, here’s what happened in The Magicians season 4, episode 12. Let’s start there.

The Sister possessed Julia. She and Monster Eliot have a scroll that they can use to kill the older gods. Everett seems to have convinced Zelda to help him. Josh is a fish. Quentin and Alice kissed. Quentin talked to a dead flower and then he and Alice got seriously juiced up on magic. Last we saw them, they were facing off against Sister Julia.

I knew it was coming. We all knew it was coming, but to see it happen… that was something else. I take some comfort in what Our Lady Underground said to Julia before the Sister took over her body. “You still have a chance. A choice of what you want to be.”

But what she said after that, in answer to Julia’s question about how she could have chosen to be human or a god all this time is what caught my attention: “You will not fail as long as the decision is yours.”

Julia hasn’t made a choice yet. The sister took over her body. Julia is still in there and she still gets to decide what she wants to be, right? I have to assume she’s in some sort of memory palace like Eliot.

I wonder if they can communicate now?

Speaking of communication, there seems to be a bit of a gap between Sister Julia and Monster Eliot. The Sister notices her brother has a few… cracks. He’s changed. She’s right. He does like humans. In his way. Maybe it’s in a “kill the ice cream guy because you don’t know the difference between Jimmies and sprinkles” way, but it’s his way.

For a bunch of Librarians set on “protecting all knowledge and magic”, they just left that scroll laying around in the poison room? Really? Supernatural has tougher security procedures and we know how often things go wrong there! 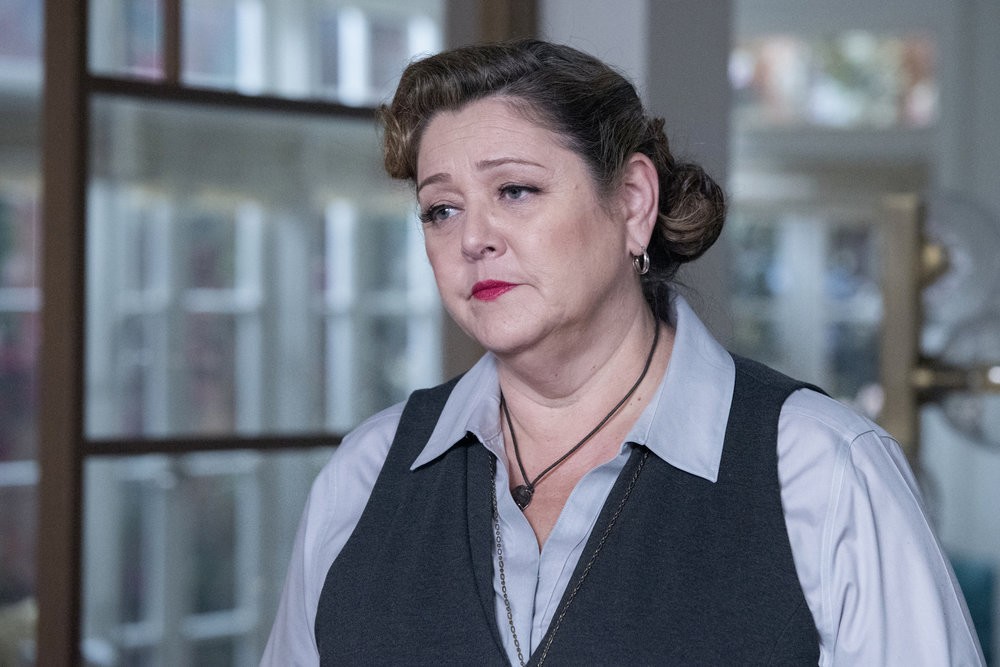 And Dean Fogg. Thank goodness. What would we do without him? His whole storyline in this episode was gold. The book. The suit and all it’s little gimmicks. Fogg doing battle magic. Such a badass.

Luckily he’s saved by Quentin and Alice showing up. With the axes and the bottle. I’m pretty sure he was almost toast.

Kady’s right. Dying in the poison room really would be ironic. And not in the Alanis Morrisette way. In the “OMG you’re dead” way.

Kady’s also right about Zelda not having an out just because she wasn’t in charge of the Library and, who knows, maybe that’s part of what lures her into Everett’s trap. The idea that, if she’s in charge, she can change something.

Penny’s also right about Kady. I hope she listens to him. Kady needs to live. She has so much important work to do.

I love how reasonable Everett thinks he sounds. Meanwhile, I just hear a megalomaniac. He knows how to work Zelda and she’ll never know how he manipulates her. “I thought I had you.”

Zelda’s clearly helping Quentin to get the curse off the reservoir. The question is, what will she do after that? And what happens if Everett powers up into a god himself. If there’s one person we know won’t care if Eliot or Julia die along the way, it’s him. 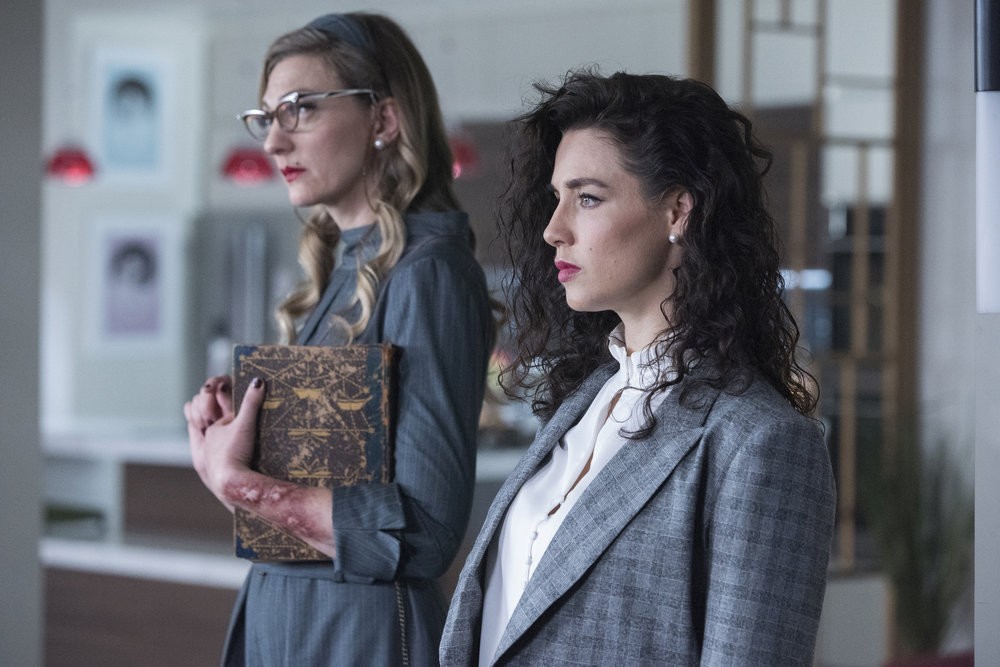 Plover not only gets them to the reservoir but we learn just what a dreamsquasher he is. Plows right over Quentin’s childhood like it’s no big deal. What an asshole. Can you imagine Plover telling you to think pure, innocent thoughts about Fillory as he’s right there in front of you?

Now…that scene with Quentin. Jason Ralph is so good. And he’s right! His pleas to the flower in the Drowned Garden… that whole scene both hurt my heart and made me love both he and Quentin all the more.

“The idea of Fillory is what saved my life. This promise that people like me… people like me can, somehow, find an escape. There has gotta be some power in that. Shouldn’t the idea of loving Fillory be enough?”

Fiction is so, so powerful. It makes such a difference in so many lives.

What Alice says is also so important. “Being an adult doesn’t mean that you have to throw away what you used to love.” Adulting is hard enough. This was a good reminder for me that going back to the things I love always makes me happier. 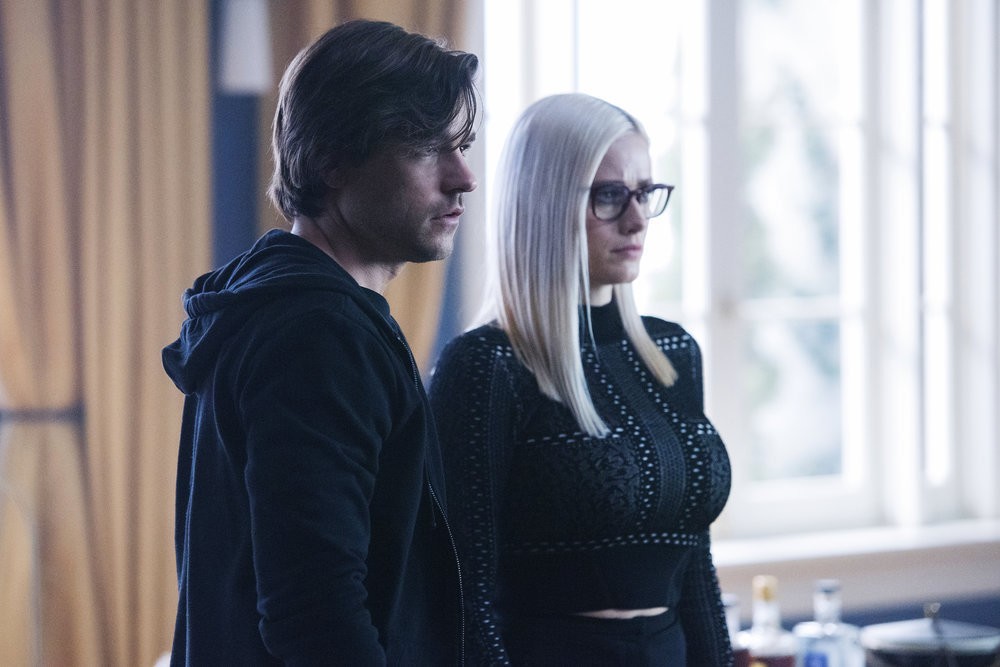 Okay, I know, that kiss was hard for people who aren’t fans of that pairing but the two of them have a lot to work out. The first of which is that they weren’t in a healthy relationship when they were in a relationship. Both of them were… incomplete as people and using the other to complete themselves.

Now, things are different. Alice has accepted herself for who she is. Quentin’s much more confident and secure in himself. And the two of them hating each other doesn’t help the team at all. He can trust her again. That’s a big deal.

That question struck me. Because it was similar to what he asked Eliot. The difference is, Alice said yes. And Quentin also wants Alice in his life. Which is totally understandable.

In the end, I think they’ll work through the romance. I don’t think romance is the point. When I saw those two powered up at the end, facing off against Sister Julia and Monster Eliot, I realized that they’re a powerful team and the two of them being in sync is a good thing.

I still root for Eliot and Quentin. I just need everyone to get back to being whole and complete and then maybe we can reassess the situation.

Are you prepared for the season 4 finale of The Magicians? I’m not.

Update: A previous version of this post said Quentin and Julia kissed. That’s so not what happened. Quentin and Alice kissed.