‘Pretty Little Liars’ should return in the decade ahead

The legacy of Pretty Little Liars cannot end like this.

Pretty Little Liars is, without a doubt, one of the most successful teen dramas of the last decade and, frankly, of all time. The iconic mystery series ended in 2017, but this shouldn’t be the end.

After quite a successful run, Pretty Little Liars lives on in memory as a show that changed how so many of us watched television. The series helped bring in the era of live-tweeting, binge-watching, and shifting ratings as Nielsen numbers dropped and trending topics rose on social media. Rooting for Aria, Spencer, Emily, and Hanna was easy as their unstoppable stalker continued to torment them.

There will never really be any other show on television again like Pretty Little Liars, and that’s okay. It’s not something that can be recreated or redone, even if the original cast were to come back together. It aired at the perfect time, with the perfect cast, and accompanied many on the journey from childhood to adulthood, as it did for myself. 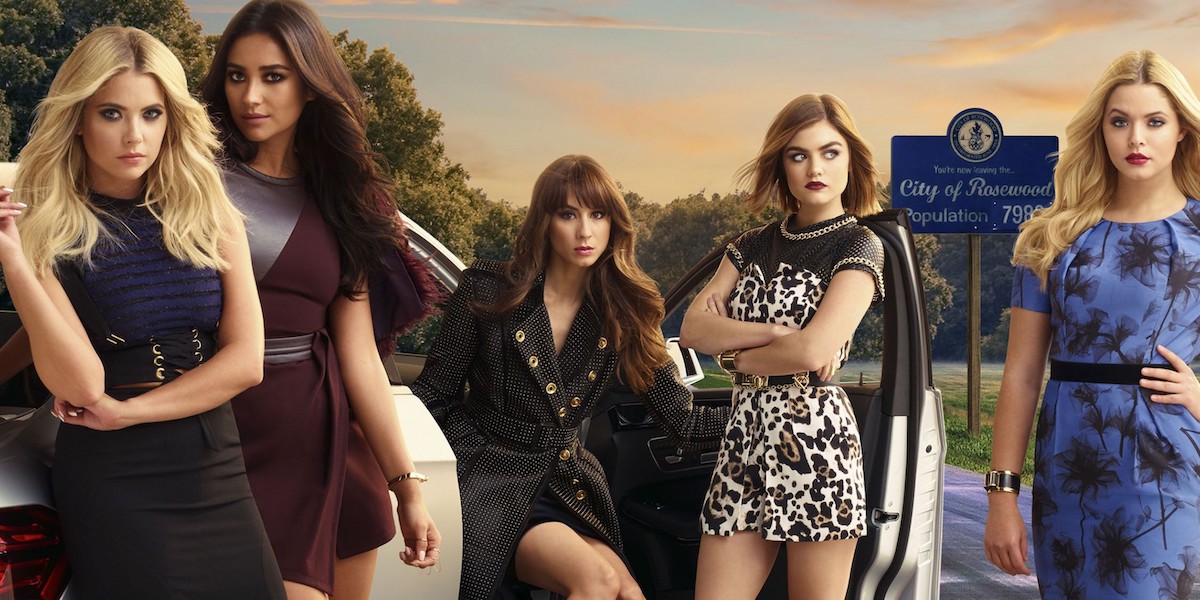 The legacy of ‘Pretty Little Liars’

Maybe I’m one of the few, but Pretty Little Liars never lost me along the way (which is saying something, considering I didn’t really like any of the main couples on the show). The story most definitely could have been cleaner, and many plot holes could have been avoided, but it never diminished my love for the show. If anything, it made the craziness of Rosewood even more ridiculous and real.

Pretty Little Liars had one of the best mysteries of all-time, and this holds true regardless of how you felt about the reveals. The story of the three A villains, Alison’s disappearance, and the many, many deaths will never be forgotten and led to some of the craziest and most intriguing fan theories (that were, sometimes, better than what the show could have dreamed up).

The disappearance of Alison DiLaurentis was so enveloping that it was, like, all I thought about for the first two years the show was on the air. I was so invested in the story, in the characters, and I’m not alone; it’s not always possible to get fans to care more about the story than the writers do, but that seemed to certainly be the case here.

And, above all, the friendship between Aria, Hanna, Spencer, and Emily is what made Pretty Little Liars into the show it was, with the legacy it holds. Their friendship knew no bounds, and they were always able to overcome their differences to come back together in support of one another in the most trying times of their lives.

This friendship was beautiful to watch because rarely did the girls become pitted against one another for pointless reasons, as we often see on teen television shows like this. They were forced into a situation where they had to rely on each other to survive, and it was unique, for television at least, to actually see these girls work through their issues (instead of avoid them and be forgiven off-screen later). 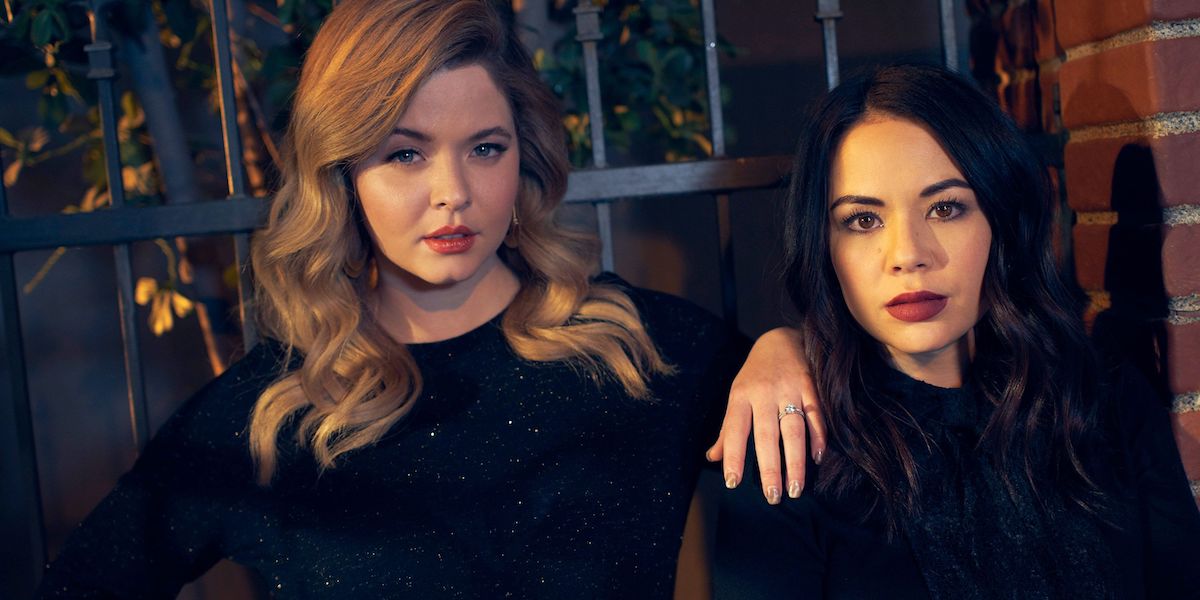 For a while, it looked like the legacy of Pretty Little Liars would live on with The Perfectionists — a spin-off centered on Alison, Mona, and three new characters from the Sara Shepard book series of the same name — which aired from March until May. In September, Freeform cancelled the spin-off, unjustly, after one season.

First of all, this decision was terrible solely based on the potential of the show alone. While there’s no way to ever recapture the magic that the original held with the friendship between Aria, Hanna, Spencer, and Emily, the spin-off was incredible all on its own. The story, the characters, everything; it all was very well-done, well-written, and was so exciting to see blossom as the next steps in the universe and the continuation of the Pretty Little Liars legacy.

Bringing Alison and Mona, two of the most underdeveloped characters from the flagship series, along to lead the mystery and become close friends was a brilliant move. Also, Sasha Pieterse and Janel Parrish deserved for their chance in the spotlight to be long-lasting.

Meanwhile, the friendship between the new characters — Ava, Dylan, and Caitlin — was actually quite refreshing and didn’t feel like a carbon copy of the original Liars’ friendship. They had their own dynamic, their own stories, and the first 10 episodes were spent developing this friendship and bringing all five of the main players together. 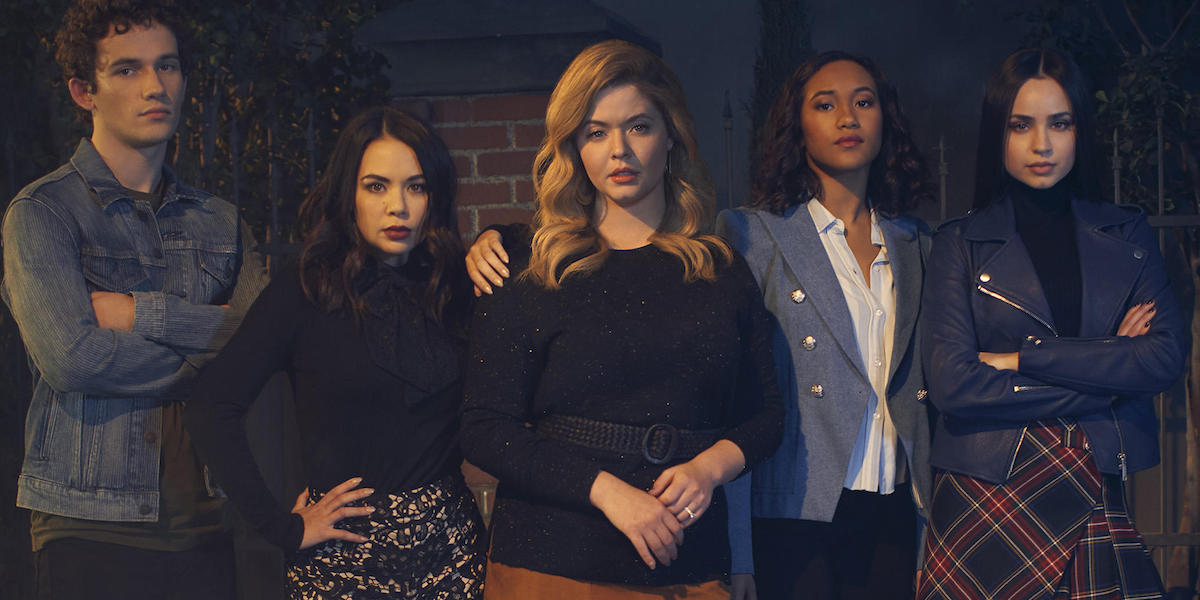 And, like any new show, it needed time to set up the story. In the season/series finale, the villain of the story, The Professor, was introduced in such a game-changing, incredible way that would have made the next season even more interesting and would have helped capture the attention the original show had.

Much of the issue with Pretty Little Liars: The Perfectionists not taking off was the fault of Freeform. Even though the spin-off was announced long before the series finale, the show didn’t air until almost two years later after the hype had died down. That was their first mistake.

Second, their marketing issues were terrible, which turned away many live viewers because everything was being spoiled in trailers and sneak peeks. And third, there was little interaction between the cast and the fans, like we had with the original cast. Part of the hype around the original during the seven years it aired was the cast would live-tweet and get fans even more excited.

Pretty Little Liars: The Perfectionists never even really had a chance, and it’s so disappointing because the concept was so good, the cast was incredible, and this genuinely could have been the next big teen drama. It’s like Freeform wanted it to fail from the very start. (I suspect it has to do with Freeform ridding themselves of all projects produced by Warner Bros, as the war between Disney and WB heats up with their streaming services, though that’s just conjecture.) 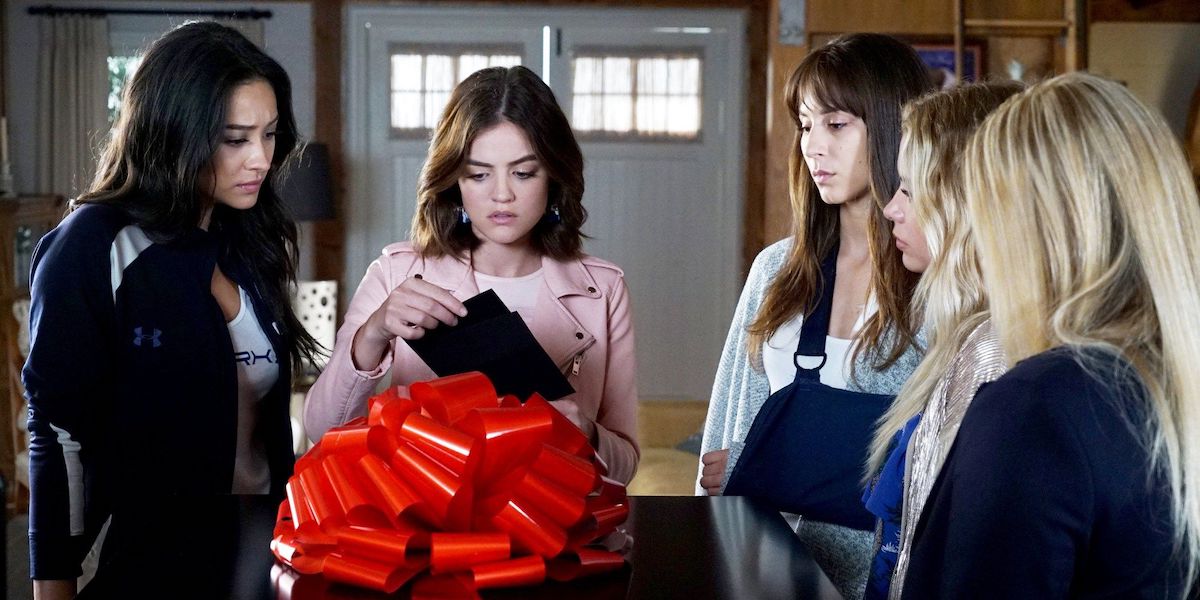 I’d love to see the latter picked up on HBO Max, Warner Bros’ streaming service, as Freeform wasn’t a great fit for the show. The series needed to get darker and being on a streaming service would have made that much easier.

If there’s no revival of The Perfectionists, maybe we’re due for a Pretty Little Liars movie in the next few years. It would be lovely to catch up with our characters, especially as Alison was left out of the group following her trip to Beacon Heights.