We use cookies to ensure that we give you the best experience on Hypable. If you continue to visit us, we will assume that you are happy with it.
1:46 pm EST, February 15, 2021

‘Batwoman’ season 2, episode 4 review: So long as I get somewhere

Batwoman season 2, episode 4 is one of the series' best.

On Batwoman season 2, episode 4, a little boy reaches out to Ryan for help to find his friend, Kevin, stirring painful memories. Meanwhile, Alice and Sophie team up to fulfill Safiyah’s request and bring Kate home.

Now that Ryan has her new Batsuit, she’s fueled up and ready to go as Gotham’s new hero. Batwoman season 2, episode 4 finds Ryan confronted with suppressed memories of the time she was kidnapped at 12-years-old, locked in an attic for nearly two months, as she investigates the disappearance of a child who vanished under similar circumstances.

With her task from Safiyah, Alice is willing to stop at nothing to get her sister back… but what does she intend to do with Kate when she finds her? 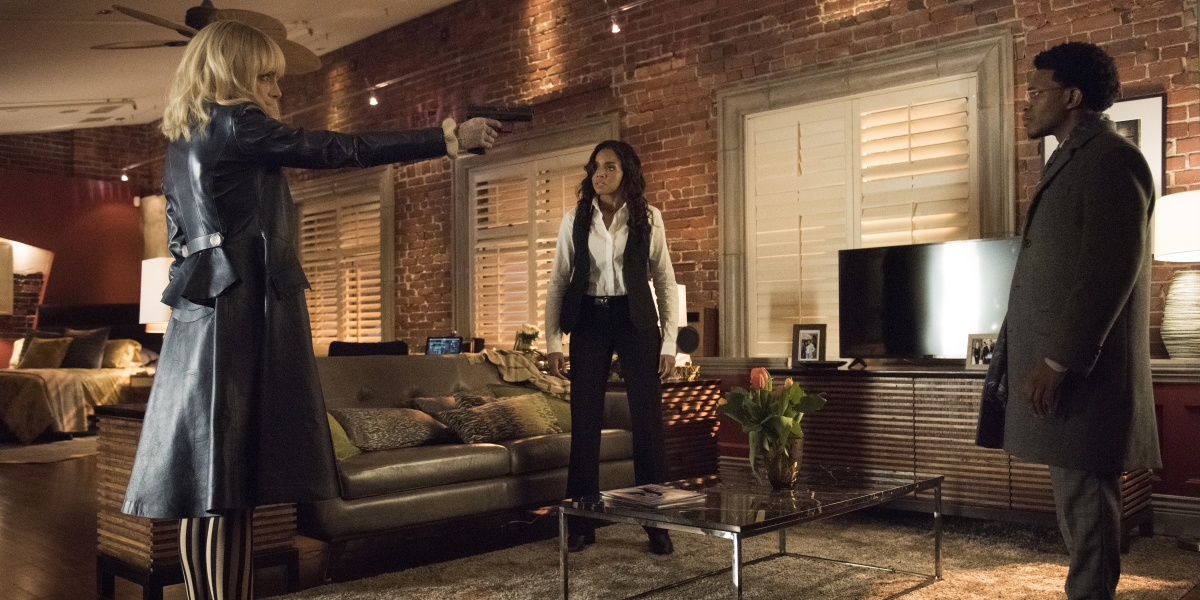 Batwoman season 2, episode 4 is undeniably one of the best episodes of the series, for sure. The primary message of the episode is so poignant and heartbreaking, perfectly showcasing the new stories the writers are going to be able to tell with Ryan Wilder at the helm.

Aside from the important message of the episode, let me just gush over Ryan and Mary’s relationship for a second. It’s so touching and satisfying to see the sisterhood blossom between Mary and Ryan. I say this with every passing episode, but it’s truly delightful to watch Ryan and Mary together.

Javicia Leslie and Nicole Kang have such amazing chemistry, and I’m happy to see the writers taking full advantage of this, giving us every possible reason to see Ryan and Mary together.

That said, I do hope we see Luke and Ryan’s relationship grow a little more because just like with Mary during Batwoman season 1, I’m not enjoying seeing him left on the outside. I know it’s still early into the season, but I want to see a Bat Team that’s completely on the same page and getting along! 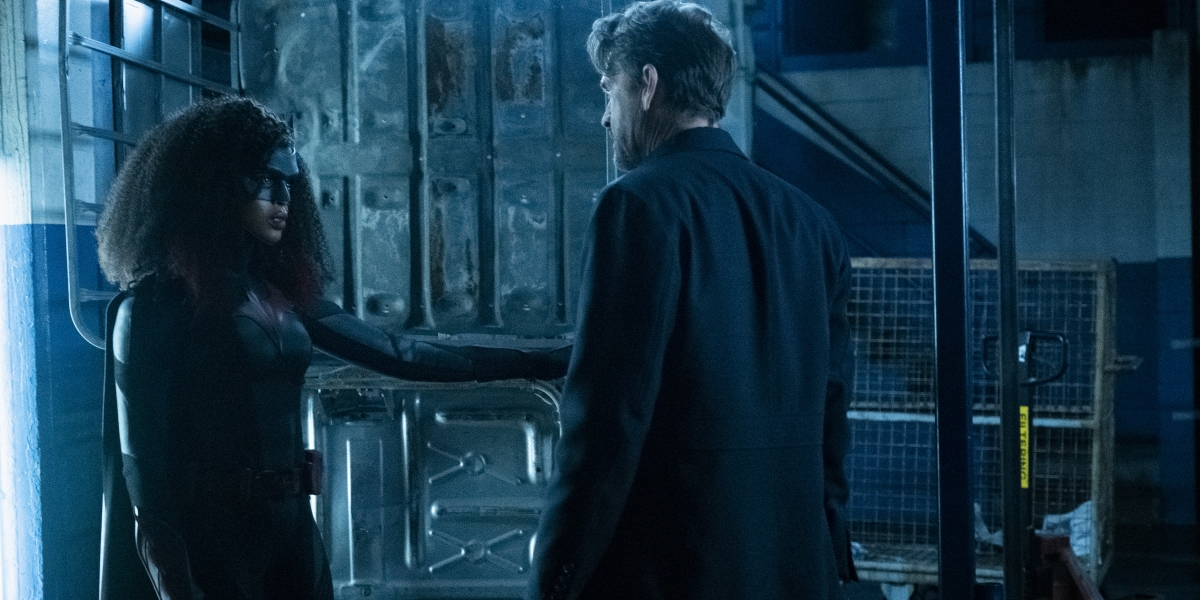 Well, I certainly didn’t expect our first real look at Ryan’s past to delve into the time she was kidnapped, but it’s certainly fitting for any resident of Gotham. This story highlighted what a powerful talent Javicia Leslie is, as Ryan’s emotions bubbled to the surface and more than one painful memory was unearthed.

Even at such a young age, we see Ryan with such a tremendous amount of willpower. She was determined not to let that vile woman break her, holding on to hope as long as she possibly could.

Despite all of the shit she’s been through, it’s beautiful and heartwarming to see Ryan become the hope that she needed as a child. Her role as Batwoman is allowing people that have been otherwise overlooked to know they finally have someone looking out for them, like the little boy that reached out to her at the beginning of the episode.

As for Ryan’s lady love, Angelique seems like quite the loose cannon, the very opposite of Ryan. Other than her mom, Angelique is the only family Ryan has known in her life, so it makes sense that this run-in with the Candy Lady would cause her to miss that connection.

That said, Angelique clearly hasn’t changed her ways whatsoever. I mean, she was the person in Ocean’s apartment when Sophie arrived, a fact that is incredibly disconcerting. And considering Zsasz was clearly very familiar with Angelique on episode 3, this can only be bad news for Ryan.

(And wasn’t Angelique at least partially the reason Ryan was falsely imprisoned for 18 months? I hope Ryan kicks her ass back to the curb rather quickly.)

Finally, I’m scared to see what else happened in Ryan’s life as a teenager that distracted her from the roughly two-month period during which she was kidnapped.

The search for Kate 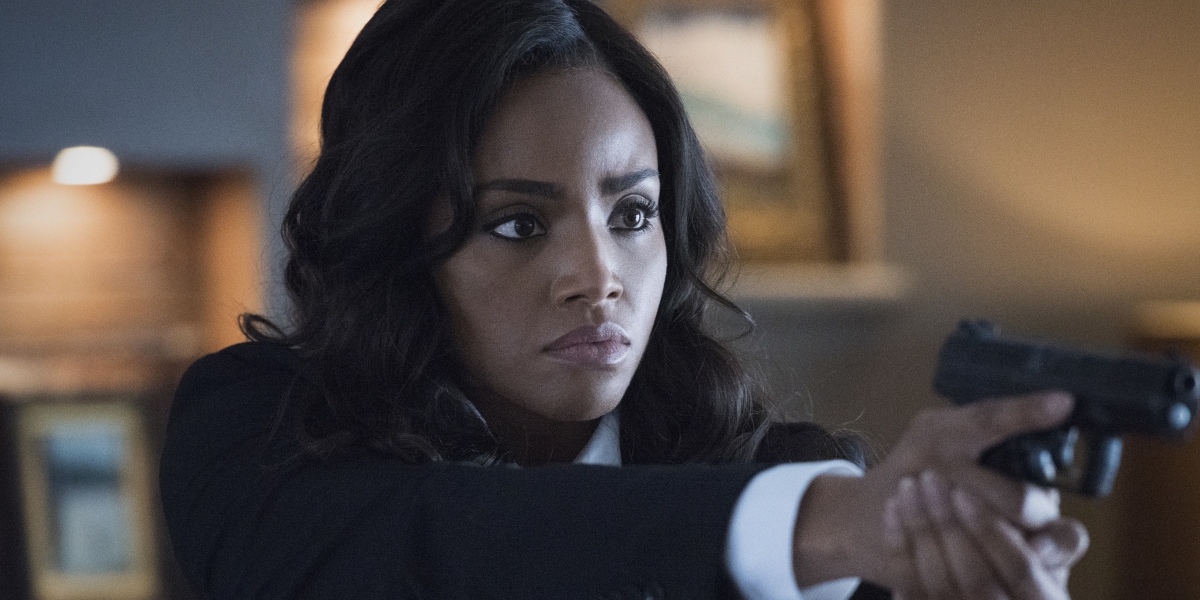 I really appreciate how far everyone is willing to go to find Kate. Knowing Sophie, as Alice points out, working with Alice is her worst nightmare and one of the biggest risks she could ever take… and she’s, unfortunately, proven correct on Batwoman season 2, episode 4.

Sophie’s determination to find her lost love in inspiring, but quite heartbreaking considering Kate will likely never return to Gotham in any permanent capacity. So, at some point, Sophie is going to have to move on (as I certainly wouldn’t want to see her leave Gotham to be with Kate until the end of the show).

I do wish we saw Sophie a little more involved in Ryan’s story on this episode, as it would have been an interesting wake-up call for Sophie to see, firsthand, the people the Crows ignore. There are so many opportunities to show Sophie the error in the Crows’ way, yet she continues to miss them.

Anyway, I love seeing the dynamic between Alice and Sophie, which was so underutilized during season 1. Alice keeps Sophie on her toes in a way that nobody else does, and Sophie really brings out Alice’s comedic side. (I’m still chuckling Alice licking the yellow pepper after the rat poison comment.) 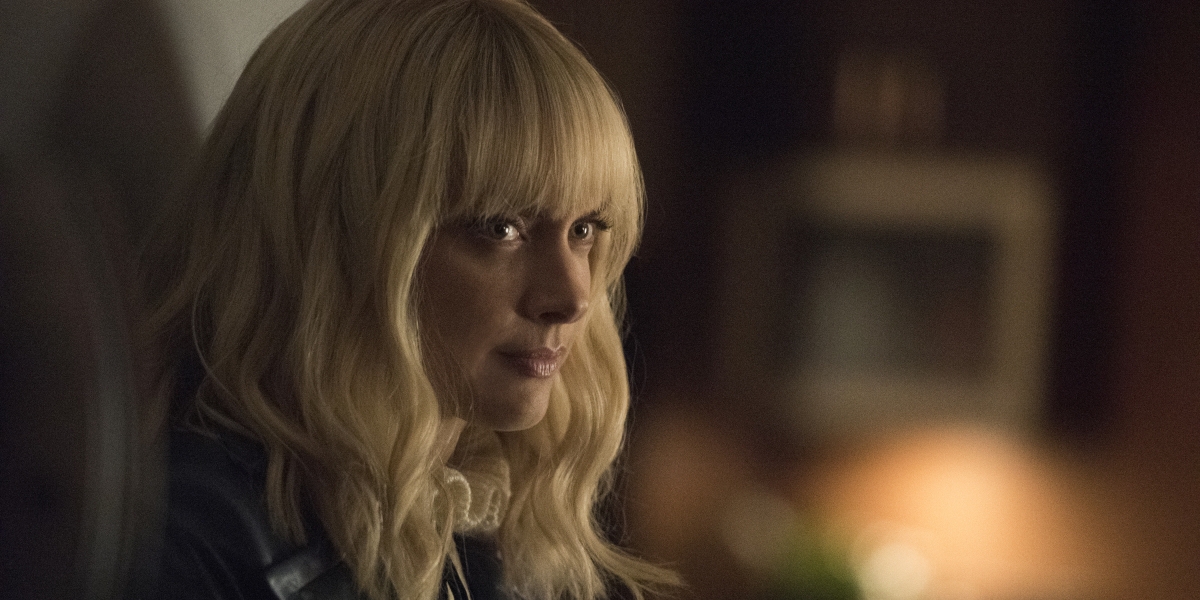 This partnership has unfortunately, for now, been shelved after the revelation that Alice is looking for Kate to kill her. (Such an Alice thing to do). If, after everything, Alice is still trying to kill her twin sister, I wonder what it’s going to take for her perspective to shift, especially considering it’s going to have to happen without Kate.

As for the mysterious Ocean, it’s clear there’s a little something special there between him and Alice, which I’m not mad about. I’m intrigued that Alice had feelings for someone before she returned to Gotham with her feelings sworn off forever, so clearly their parting (in whatever capacity) was not on good terms, particularly because she’s determined to kill him.

I wonder if he may play some role in Alice’s feelings for Kate changing, and how long he’ll even be around on the show. We’ll certainly see him in flashbacks to Alice’s time on Coryana and in present-day Gotham, but will he be a long-standing love interest for Alice or a one-off?

(Can we just talk about how when Alice felt something other than rage or betrayal, she didn’t know what it was? It’s both unbelievably funny and incredibly sad.) 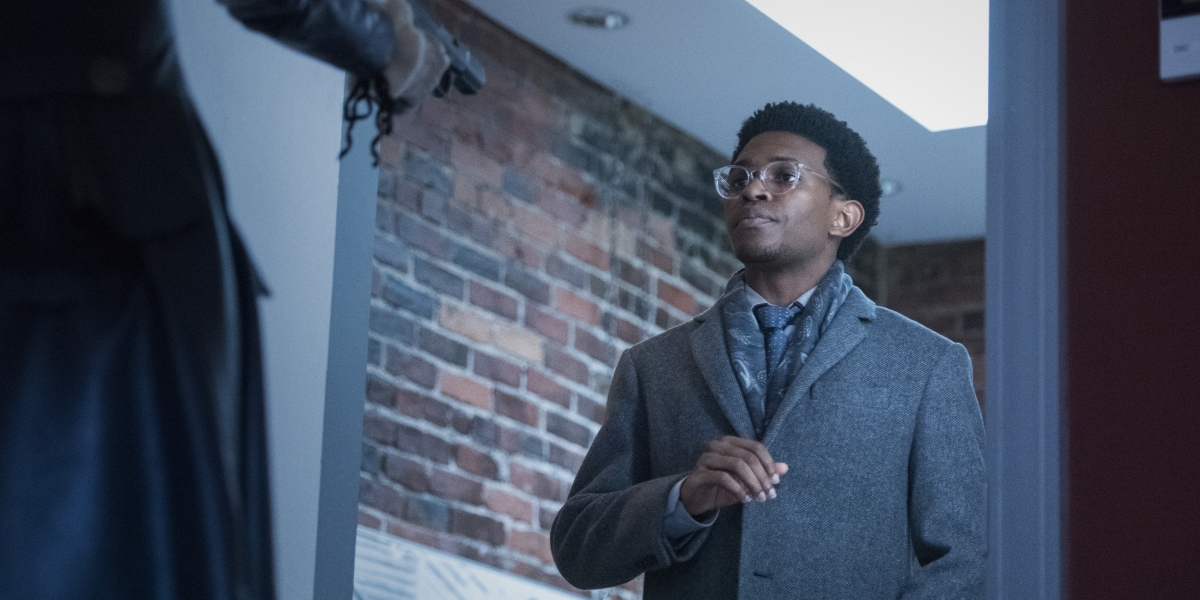 As for Mr. Luke Fox, his hope for Kate’s return is so touching. I know it’s holding him back from fully accepting Ryan as the new Batwoman, which will need to be addressed as some point (hopefully sooner than later), but it’s still heartwarming to see how much Kate meant to him shown on-screen.

It’s been a point of contention between Mary and Luke, but now that Mary is finally ready to start searching (and Ryan’s willing to help), I hope we see some group interaction about Kate’s disappearance between the Bat Team.

It could be a great way to bring the group together, physically and emotionally, and show Luke that Ryan is someone he wants in his life on more than a temporary basis. 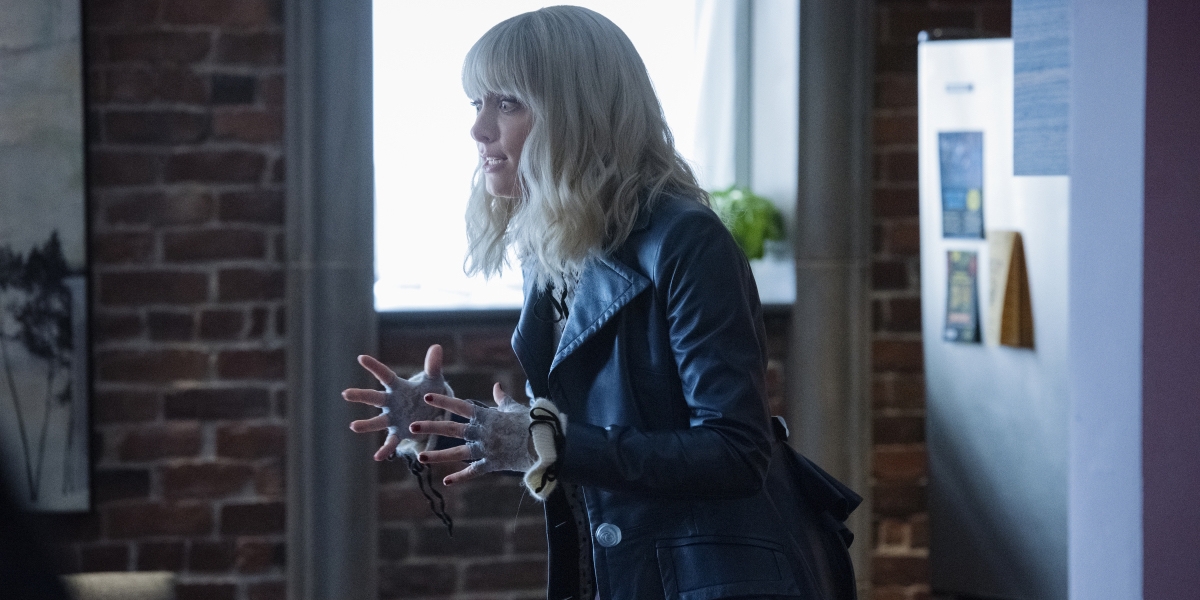 Batwoman season 2, episode 4 is, without a doubt, one of the series’ best and most important episodes. It’s such an important thing to bring light to, and the Batwoman writers tackled it in a way that was respectable and captured the severity of the issue.

I love the direction the writers have taken this season, with the introduction of Ryan Wilder being a catalyst to tell far more stories that shine a light on real issues, especially the stories they wouldn’t have realistically been able to tackle with Kate Kane at the helm.

We’re now four episodes in, and I could not be more excited to see how Batwoman season 2 plays out. This season could truly be even better than the first.