On Batwoman season 2, episode 16, after deciding to join his father and being rudely awoken in the hospital, Luke is contemplating what’s next for him and spiraling. Meanwhile, our characters become aware that Kate is alive.

Batwoman season 2, episode 16 is possibly the best episode of the season, as Alice and Jacob come together to kidnap Circe Sionis and prove she is really Kate Kane, just with a bit of work done. And though Jacob has just become aware of it himself, it’s not long before he brings Mary in on the truth, too.

Meanwhile, Luke vows to take Tavaroff down for what he did to him, bringing him together with none other than Arrow‘s own John Diggle (who has his own reasons for being in Gotham). 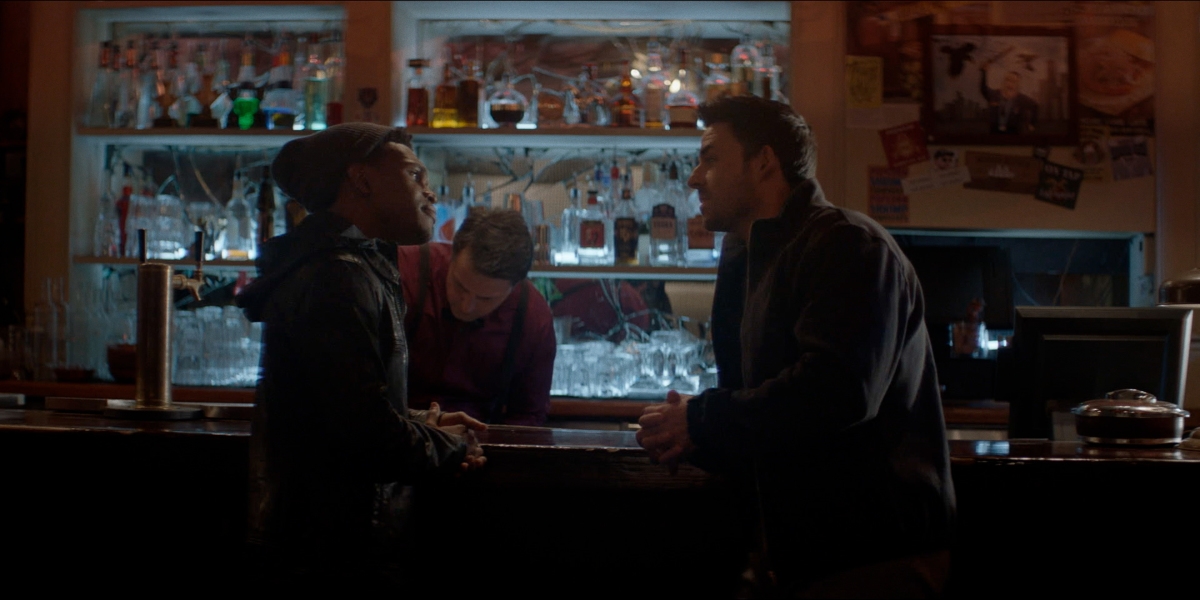 As I said before, Batwoman season 2, episode 16 is possibly the strongest episode of the season. Everything is beginning to come together, which is something the Batwoman writers are so good at (just look at the first season and how so many seemingly unconnected things came together for explosive events).

There are definitely some issues, but the two main stories with Ryan and Luke bonding and preparing to step out as Batwoman and Batwing (even if Luke doesn’t quite know it yet) and the others trying to save Kate are both so interesting. I’m completely invested.

Wallis Day and Camrus Johnson were both so good, as each struggled so deeply. Luke’s story is so strong, and his feelings about being alive after coming so close are terrifyingly relatable to many. Watching him overcome this and become a hero is going to be fantastic and so satisfying… Now I’m just left waiting for my favorite besties Luke and Kate to reunite.

If there’s anything we can take from Batwoman season 2, episode 16, it is that Kate and Sophie are soulmates. Kate couldn’t really recognize Beth (behind the Alice character), Mary, or even her father, but with Sophie it was instantaneous. It’s beautiful to know just how connected these two are.

I’m really enjoying seeing the relationship between Ryan and Luke develop, too. Ryan is so unapologetically herself, it’s such a contrast to Luke who has very much been a people pleaser for most of his life. They’re learning from each other, and soon they’ll be out on the streets of Gotham as the two masked vigilantes protecting the city. With the Crows gone and the GCPD completely corrupt on Black Mask’s payroll, they’re going to have quite the mission to complete.

All in all, this is a very exciting, touching, and thrilling episode of Batwoman. There are only two more left before the season ends, but first let’s dig into this one… 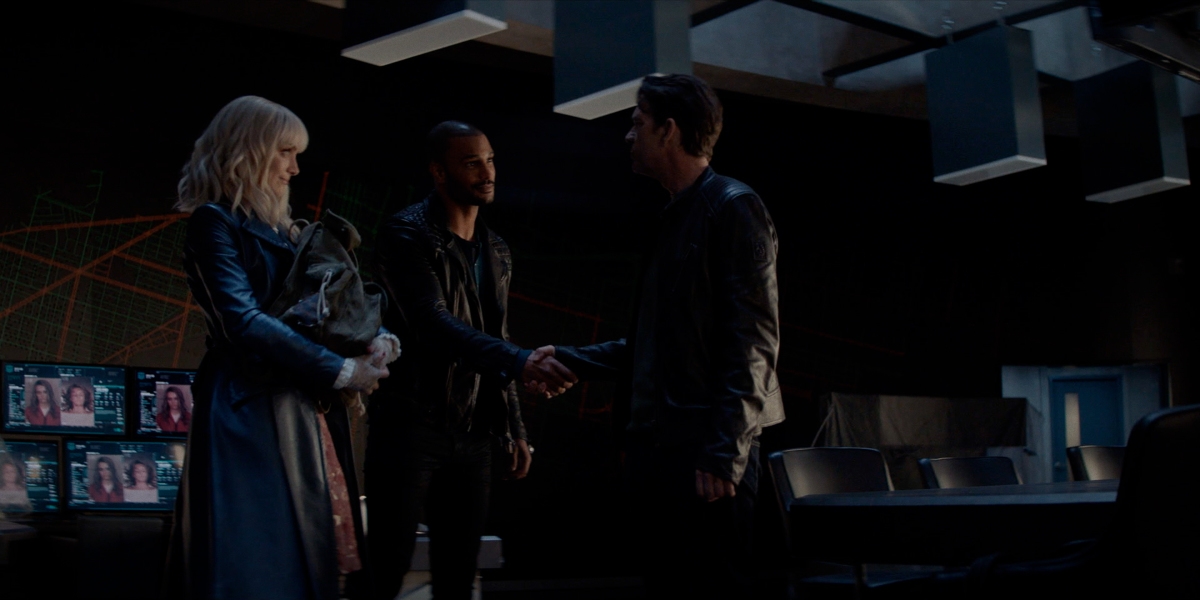 Oh, how I have missed watching the ridiculous family dynamics between the members of the Kane family. We have not seen Alice and Mary together nearly enough since Kate disappeared, so this has been an aspect of the show I’ve been longing for. Thankfully, Batwoman season 2, episode 16 delivers more than I imagined.

The relationship between Kate and Beth is so special, and the story about how Kate agonized over coming out to her sister was so beautiful and heartbreaking. So much has happened to these two to forever tear them apart, yet somehow they always manage to find their way back. They’ve overcome so much, and despite all of the ill will between them before, nothing but love was felt as Alice plead for Kate’s memories to return.

Jacob’s relationship with his daughters is really the only redeeming quality he has, so I truly didn’t mind seeing him around and trying to ensure his daughter’s (mental) return. It worked, as did his confiding in Mary over what was going on. Those two have become much closer, and though I want Jacob erased from the show in every other regard, I want to see more of him bonding with his daughters. There’s potential between him and Alice now, too, which was incredibly unexpected.

Of course, it’s now hard to predict what’s next for Alice after Batwoman season 2, episode 16 saw Ocean murdered by Safiyah’s goon. The one person Alice had let herself truly love without consequence has been murdered, which is definitely going to cause some problems when it comes to opening herself up to anyone else.

Ocean’s death was rather predictable, as it has been inevitable all season. It was clear the writers were taking the approach that the Once Upon a Time writers took with their Evil Queen, which was her happy ending would not include romantic love. If there’s any satisfactory ending I see for Alice, it’s shedding this persona and going off into the sunset with Kate (and possibly Jacob) to start over and escape the horrors of their past.

Mary is the only character in the Kane family that really fits into Ryan’s life because their connection is the only one that has felt thoroughly developed since Ryan joined the show, so I wouldn’t be surprised if the other members left the show and only returned in a more temporary capacity. (Not that I want this, as the Kane family is my favorite part of the show.) 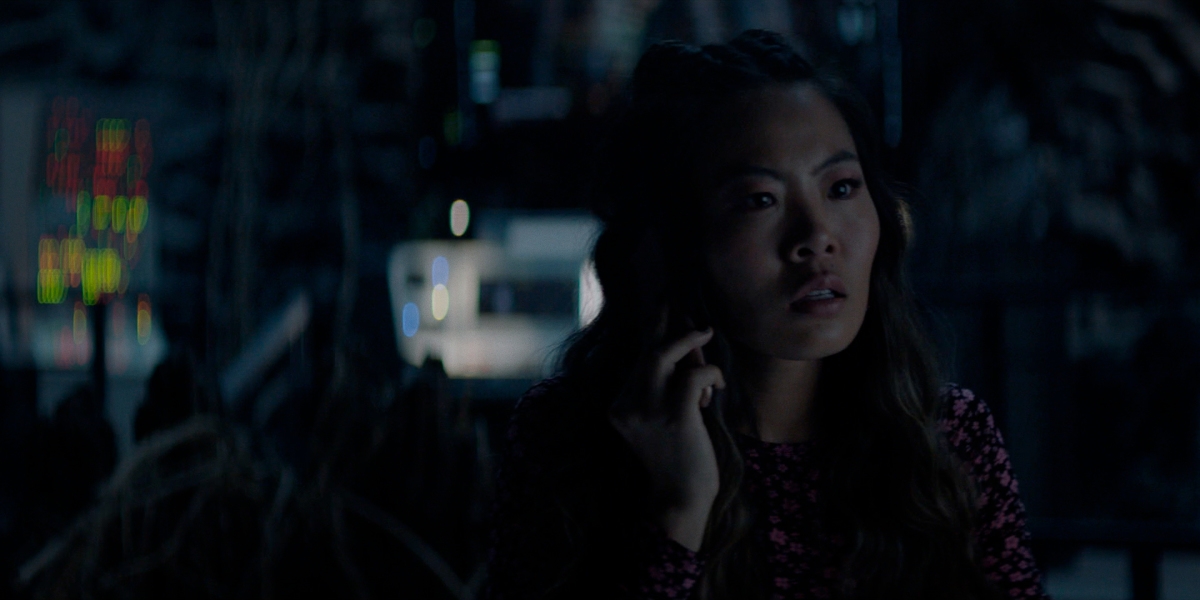 Speaking of Mary, with the return of Kate Kane, I’m hoping to see the return of the Mary Hamilton from Batwoman season 1. Batwoman season 2, episode 16 begins to deliver on this, as Mary is now tasked with looking out for and seeing the best in both of her sisters, saving them from the “grotesque” personas that are hiding the real Kate and Beth Kane.

Mary was a much lighter and more optimistic soul in the first season. How her life has played out this season has hardened her, and it’s hard to watch Mary become someone that she wouldn’t have recognized before, rooting for Alice’s demise (as she was simply just fine with Alice being left for Black Mask to “take care of” as she mentioned in the previous episode).

She’s changed. I’m not saying she shouldn’t considering all of the trauma she’s endured, but in my opinion, Mary is no longer the same kind-hearted soul that we came to love. I miss her, and want some piece of her back.

As we head into the final episodes, the thing I am most excited for is the promise of more interactions between the Kane sisters. Jacob gave Mary an unfairly large task to tackle in saving Kate and Beth, but seeing these three come together in some capacity has been something I’ve been dying to watch since the very beginning. There’s so much potential for how this could play out. 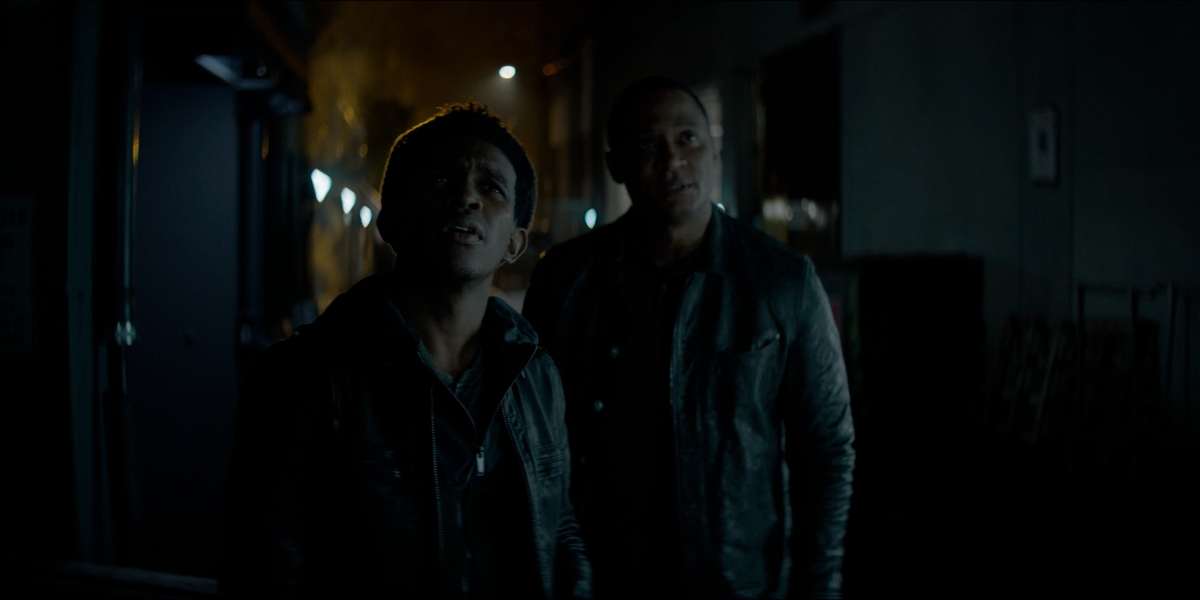 Batwoman season 2, episode 16 brought John Diggle to Gotham and into Luke’s circle is quite and interesting an unexpected way. It’s interesting that this man Luke just met is playing a pivotal role in helping Luke step up as a hero, but very fitting considering all that happened on Arrow.

I really feel for Luke. His position is easy to empathize with, but also unimaginable. He came so close to letting go of the extraordinary pain he has endured to be with his father, but now must live with more and an ultimate “what if” moment. He’s lost his father, his mentor (Bruce), and his best friend.

Honestly, I wish we would’ve seen the others give him a bit more comfort and understanding, as they seem to have forgotten all that Luke has experienced. I’m not saying they should accept that Luke just made that decision by any means, but yelling at someone in that dark place isn’t the way to go about it…

As for Diggle’s reason for being there, I’m very confused. Didn’t he move to Metropolis in the Arrow series finale (yet was saying he’s from Star City the whole time)? His health problems are certainly cause for concern that will carry over as Diggle visits all of the current Arrowverse shows, making me very curious of what would have happened if COVID-19 hadn’t ruined their plans for a multi-episode arc.

It seems to be carrying on in some way and will probably end with the same result, but will ultimately not be the same. 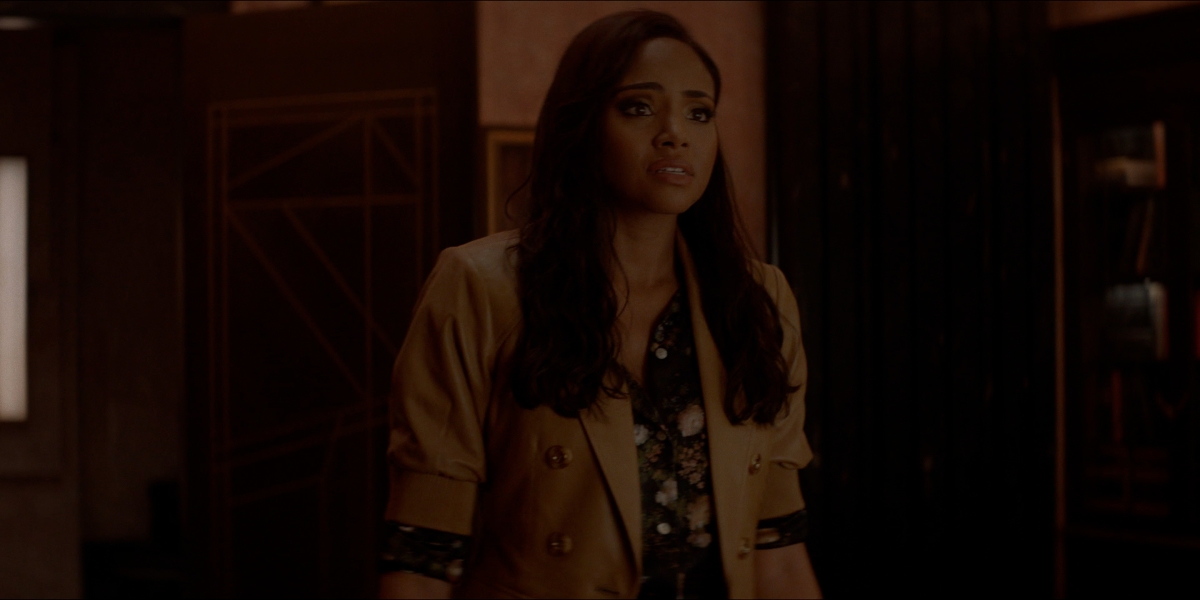 Right now, I’m struggling with how things are on the show. Batwoman season 2, episode 16 is the perfect example of this feeling like two different shows that aren’t meshing together very well. On one hand, we have Ryan and Luke stepping up as heroes. On another, we have the show that never stopped focusing on Kate Kane and her loved ones.

The biggest issue with bringing Kate back, especially so soon, is that we haven’t really seen enough of Ryan and there are no characters around that are solely part of her life. Angelique was the only one, and she wasn’t a very likable character considering she’s partially the reason Ryan ended up in jail and struggled so much upon her release.

Everyone has a stronger connection with Kate than with Ryan, making those relationships more interesting to watch now that Kate is around. Something needs to change to make Batwoman revolve around Ryan, as it now should considering she is the titular character.

At this point, I don’t see a way for both Ryan and Kate to be on this show where Ryan isn’t screwed over. It still feels like Kate Kane’s show and Ryan is filling in as Batwoman, which isn’t what we should be feeling. Kate should now be a guest in Ryan’s show… but that’s definitely not the vibe I’m getting.

So much is left in the air as we head into the last two episodes of the season, which is both frightening and amazing. So much could happen to any one of these characters, especially given that the “safety” that Gotham citizens have counted on from the Crows and the GCPD are both about to be blown to pieces.

Is it Sunday yet?