On Batwoman season 2, episode 15, Luke is fighting for his life after being shot by Tavaroff (the worst Crows agent), while Mary and Ryan fight to make sure Luke has a life to wake up to.

Batwoman season 2, episode 15 picks up on the moments after Luke has been shot and admitted to the hospital, as Ryan and Mary get on the same page about what has happened and Jacob Kane begins to debrief his agents to get the “real” story.

Meanwhile, Alice does some digging in the deceased Dr. Rhyme’s office and uncovers a connection between Black Mask, the Kane family, and the good doctor herself. Since she already knows that Circe is actually a brainwashed Kate, what’s her next move? 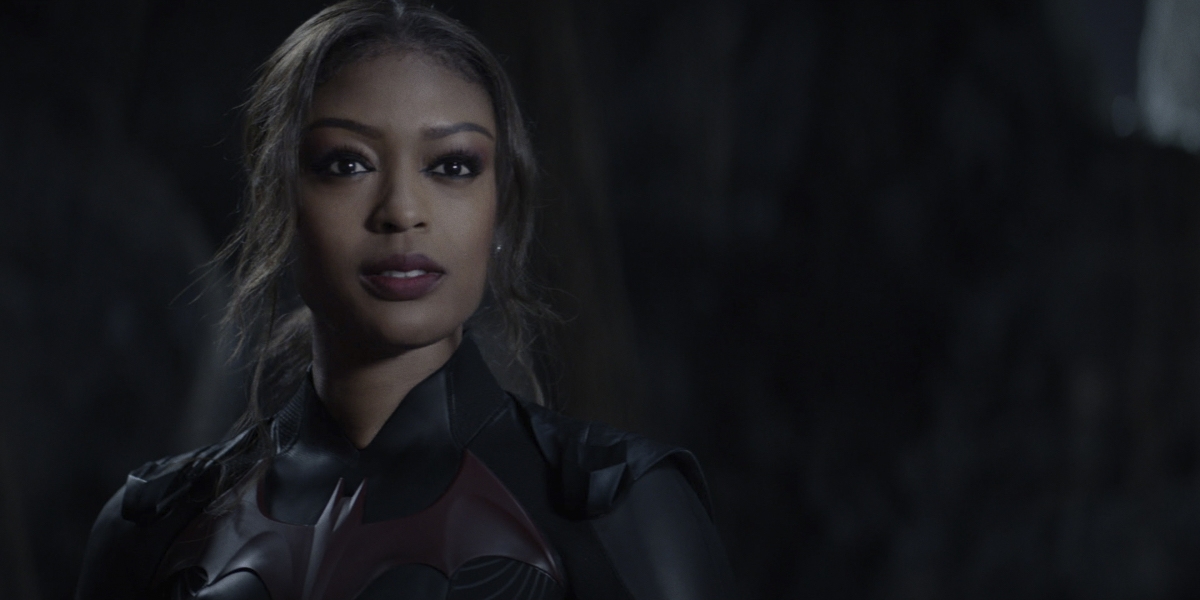 All in all, Batwoman season 2, episode 15 is a strong outing. Relying on the relationships between these characters to push the plot forward is a brilliant move, and the agony that Luke’s loved ones (AKA Ryan and Mary) felt as he teetered between life and death was palpable.

Luke being on the brink of death really showed exactly who these characters are. Ryan is often governed by her emotions and ready to fight back, which is exactly what she did. She used this tragic incident as an opportunity to show the world who the Crows are, and nobody could have expected anything else from her.

Mary went right into doctor mode, thinking about how to save Luke’s life. Obviously they had an advantage with the desert rose, but even without that, Mary would have found a way. Meanwhile, Sophie was a rock and ready to help out.

Sophie is, in many ways, the complete opposite of Ryan. She is almost never driven by her emotions, but remains cool and collected to figure out next steps. Sophie truly proved what a valuable asset she is to the Bat Team in Batwoman season 2, episode 15 alone.

Truly, it’s remarkable how well this episode showed who each of these characters are. That easily could have gotten lost with everything else going on, but the characters were in the spotlight, not the plot. Nobody else is doing it like Batwoman is. 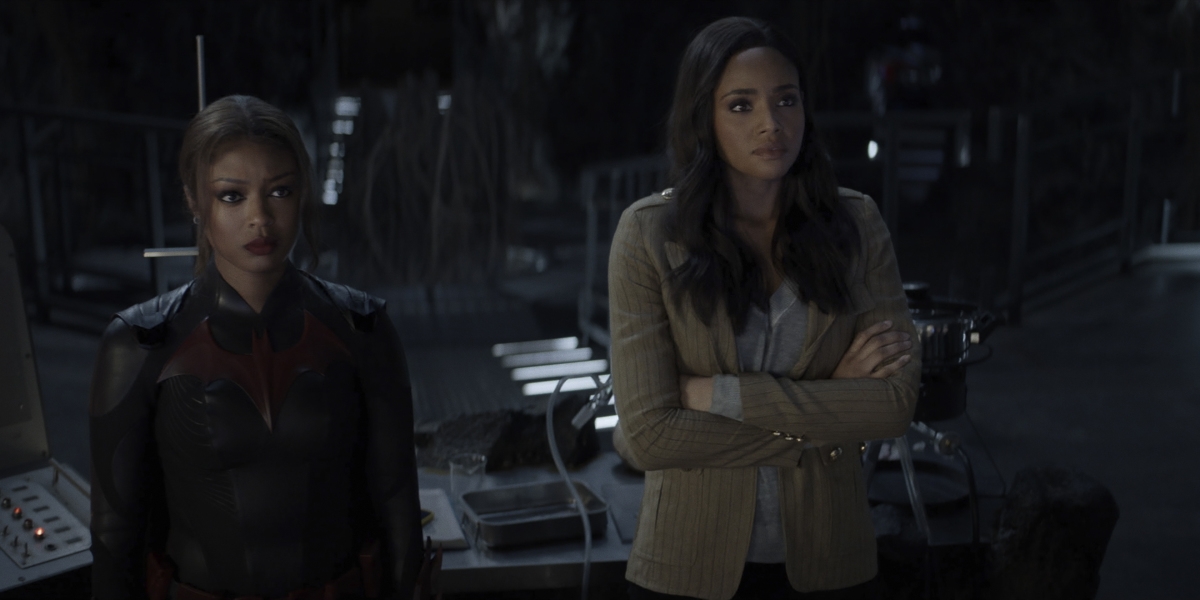 One aspect of Batwoman season 2, episode 15 that I particularly loved was showing the growing bond between Ryan and Sophie. Sure, there’s still a lot of baggage between them, but it’s clear that they’re on the right path. Sophie is taking accountability for her actions that were less-than-heroic at the Crows, and Ryan is slowly starting to be herself around Sophie. It’s shocking how far they’ve come in 14 episodes.

On the other hand, I do like that Sophie’s standing up for herself and not letting Ryan take out all of her pent-up frustration on her. It’s often not fair and unearned, as Sophie has fought so hard to prove herself already as one of the good guys that was on the wrong path. I’m hoping Ryan continues to let down her walls around Sophie so the two can truly work as a team.

Batwoman is on the right track as we head into the final few episodes of season 2, and while I loved most of this episode, there were still some issues. 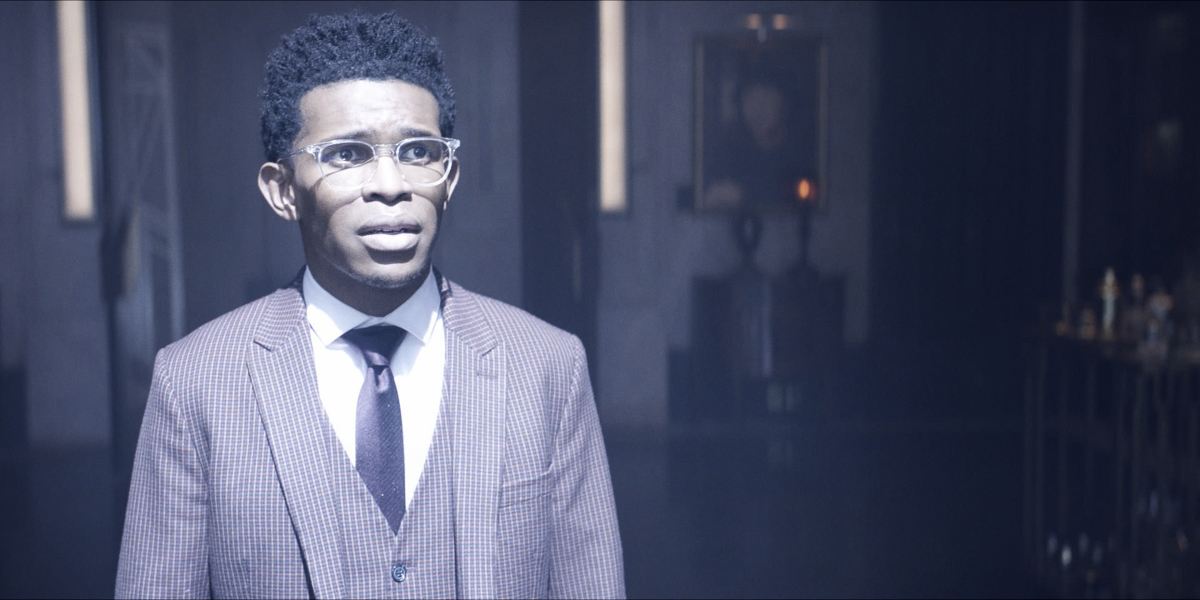 Luke’s dreamscape was an interesting choice that will surely lead to previously unimaginable stories for the character, which is such an exciting move. However, it’s heartbreaking that Luke chose to join his father and promptly woke back up. Whether or not he chose to go or stay, it was a game-changer for him. Either decision would have changed his outlook on life when he woke up, his relationships with the other characters, and where he will end up eventually.

He made the rougher choice, and I’m 100% ready for Luke to crush my heart as we see him grapple with being back after such a close call. Luke has probably been the least developed character on Batwoman, so as his journey to becoming Batwing is put in motion, I could not be more excited to see more of him.

Luke has been through quite a bit of trauma in his life, and it’s never really felt right to have him playing the tech guy in the Batcave. Suiting up and joining Batwoman on the streets of Gotham is definitely the right fit for Luke, and it’s thrilling to think of the many ways he will grow as his story builds to this and comes to life. Camrus Johnson is a force, so he definitely deserves this “promotion.”

Plus, now there’s Sophie to fill in as the tech mastermind at their headquarters with all of her expert military training. That was the biggest issue regarding Luke out in the field beforehand. The Bat Team is growing, which is just so fun and leaving me pumped for future episodes.

It’s an intriguing choice to put Bruce in Luke’s dreamscape and offer the possibility that he’s actually dead and that was purgatory. Of course, there’s no way to know yet, but I’m not thinking the Dark Knight has met his maker quite yet. Since they now have a face for the infamous Bruce Wayne, it’s only a matter of time before his fraught return to Gotham.

I’m guessing Mr. Wayne is chilling on a beach somewhere, mostly ignorant to how his city is falling apart. He seemingly left after killing the Joker, so perhaps he’s not willing to get involved and risk losing control again. Selfish? Maybe. But it’s understandable.

The end of Jacob Kane’s Crows 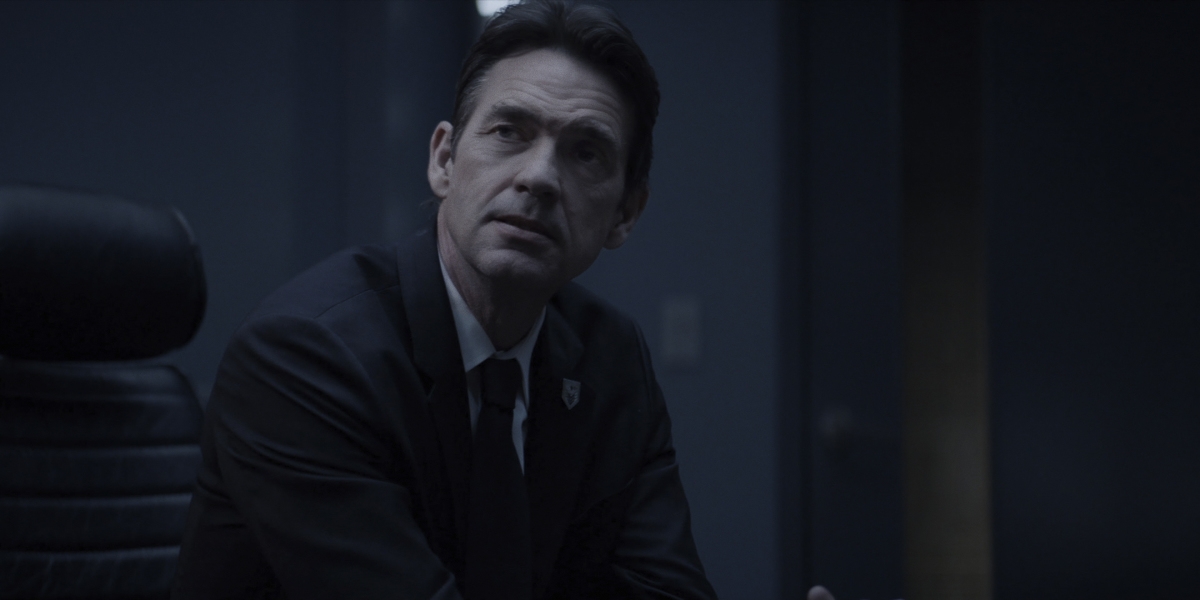 Frankly, the “end” of the Jacob Kane’s Crows was a bit of a letdown. After so much buildup, it took so little for Jacob to pack it up and move on. The Crows have been an antagonist since the very beginning and to close up like that was just… lackluster. I expected more and a much bigger fight to show Jacob just how off-track his organization had gotten from his initial mission.

(Also, how is Jacob not getting arrested for admittedly crossing lines and breaking rules to take people down? Anyway…)

I hesitate to believe this is the last we’ve seen of the Crows. The last of the Crows run by Jacob Kane? Absolutely. However, it would not surprise me if another corrupt billionaire took over since everything they need is just sitting there, unused. Gotham is still a nightmare of a city and there’s too much crime for one vigilante (soon-to-be two) to clean up. 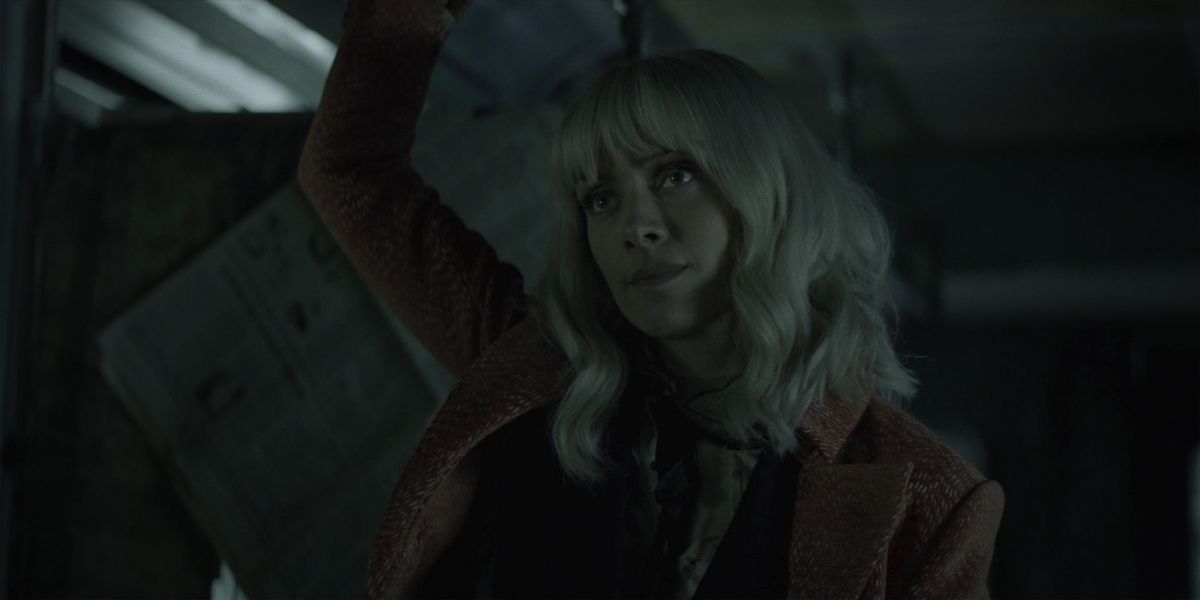 Alice’s commitment to saving Kate on Batwoman season 2, episode 15 is wonderful. She has come so far since the beginning of the season when she wanted to find Kate to kill her, rather than to be reunited with her sister. Now, Alice wants to be the savior for Kate that she never had, which is heartwarming and devastating at the same time.

It’s pleasantly surprising that Alice has come to care enough about Mary to warn her about Black Mask. That’s a bond I thought would be explored more in the aftermath of Kate’s disappearance, but all of the issues with Kate have seemingly changed their perspective of the other and, in my opinion, they’re both using Kate’s feelings for the other person to influence their own. They both want to do right by Kate in whatever way their mind interprets that to be. 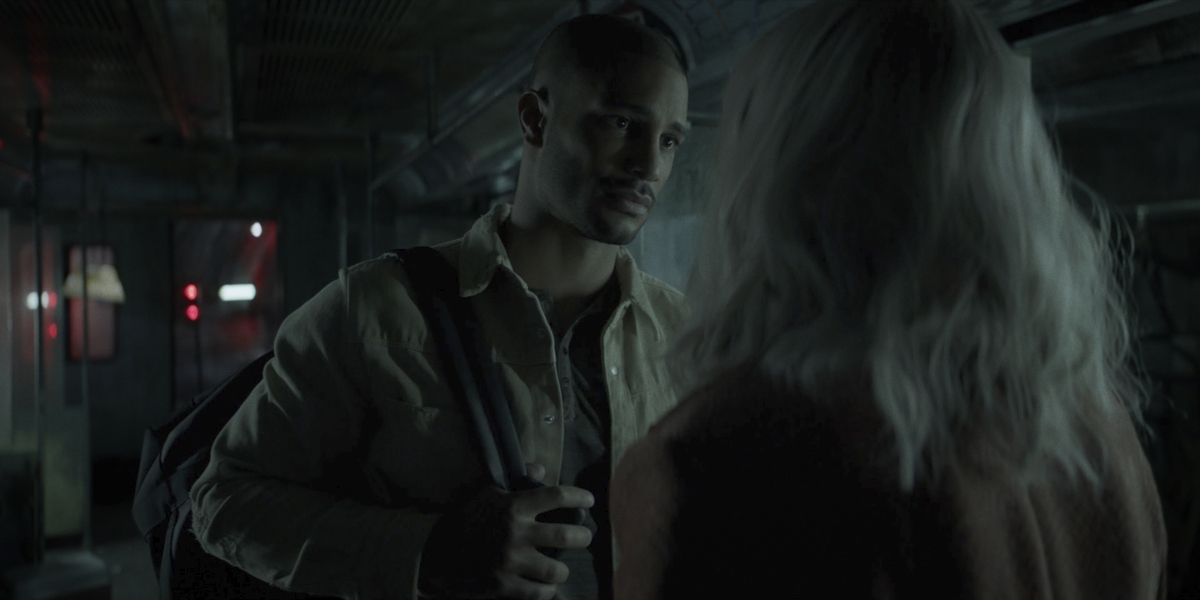 As for Jacob and Alice working together to save Kate, it’s such a poetic turn of fate. Jacob and Kate failed to save Alice, but Jacob and Alice have a chance to do better. I truly wonder how that will impact Alice, though, if they are successful in saving Kate. She already holds such resentment toward them and the universe for what happened to her, could she handle her sister escaping a situation that she could not?

Whatever the case, I’m ready for these two to come together. The scenes with his daughters are the only ones that make Jacob Kane bearable.

However, Ocean’s continued nagging about how Alice should give up on Kate is getting on my nerves though, and while Alice deserves love, I’m thinking this romantic love with Ocean is a little too toxic. He’s a great fit for who Alice used to be, but with each passing episode, it’s clear how she’s changed and surpassed him emotionally. 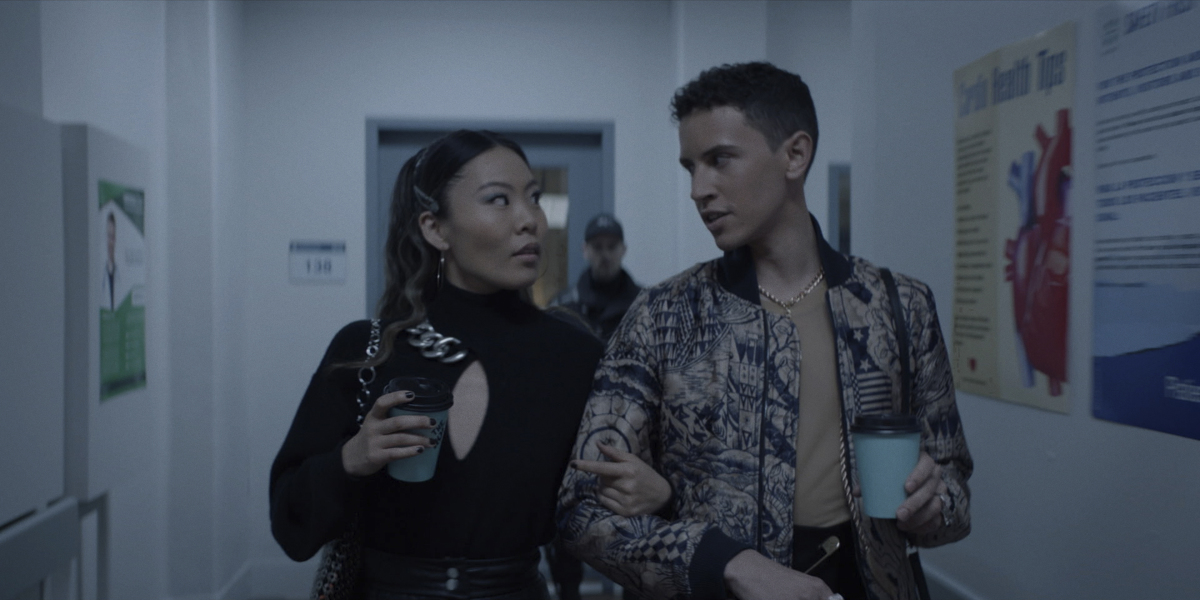 Alice and Jacob working together to find Kate, Kate beginning to get her memories back, Luke working toward becoming Batwing, the remainder of Batwoman season 2 could not be more enticing. So much is about to go down in these final episodes, and knowing we have another season already in the works is such a great gift.

One thing I love about Batwoman is every episode is, for the most part, unpredictable, but it still feels earned and satisfactory. There are no twist surprises that throw off the whole plot, so as things escalate in Gotham, shit is about to hit the fan (in the best way).

My only wish is to see more of the underdeveloped relationships come to the forefront. Mary and Sophie, Mary and Alice, and Sophie and Luke are a few pairings I’d love to see more of. Additionally, I could not be more pumped for Ryan and Kate’s first interactions.

Lastly, a special shoutout to Camrus Johnson. Such a tremendous and crushing performance. Here’s to more Luke in the future!