When the cast and crew of Disney’s new live-action Aladdin recently gathered for the global press event, the first thing we learned was that director Guy Ritchie is a lot more sensitive than you might imagine. In fact, the cast teasingly calls him “Cry Ritchie”.

GUY RITCHIE: By the way, I have no idea where I got this reputation from.
WILL SMITH: You got it from crying on the set every time you saw a good performance.
NAOMI SCOTT: Will, what do we call him?
WILL SMITH: That’s Cry Ritchie. Cry Ritchie. 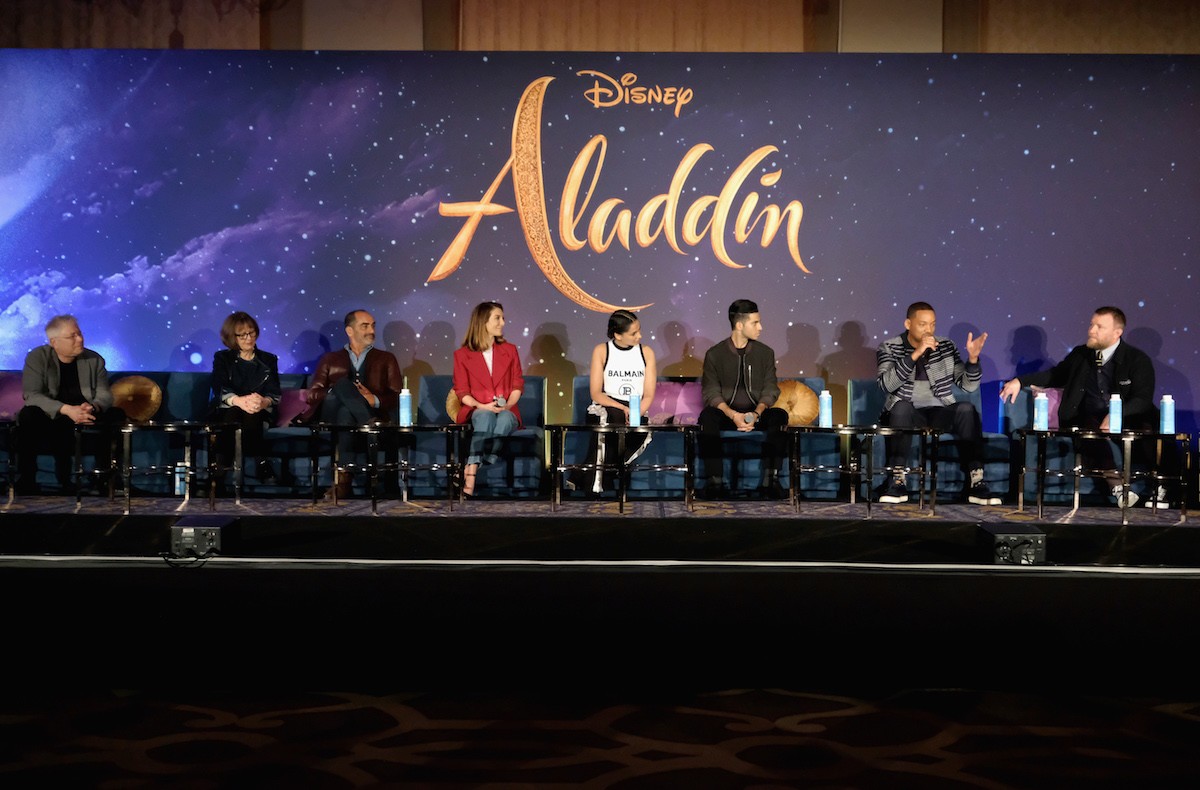 To be fair, more than a few members of the audience already had a good cry thanks to a mini-concert ahead of the press conference by composer Alan Menken. Menken took center stage at a piano to perform a medley of some of his most beloved songs; “Under The Sea”, “A Whole New World”, “Be Our Guest”, and a number of others including “Speechless”, the new song written for Jasmine especially for the movie.

While “A Whole New World” may be the song everyone thinks of when they think of Aladdin, “Speechless” is likely to become the new song you’ll hear everywhere as little girls and women alike discover the power and beauty behind it. Naomi Scott, who plays Jasmine, found it incredibly empowering.

Scott also talked about both hers and Guy Ritchie’s commitment to creating a Jasmine that was more empowered than her previous incarnation to update the film to today’s times.

NAOMI SCOTT: I think it’s a wonderful thing when you have a vision for a character… It aligns with Guy and our producers… It just makes sense. And she’s a human. For me as an actor, my main thing is, how do I humanize her, how do I give her depth. So those things just came naturally.

GUY RITCHIE: If there was anything that looked like there could be some evolution in this narrative, it was that there needed to be a voice given to Jasmine. I mean, Aladdin has been given enough challenges to get on with. Genie had his hands full. And the most conspicuous character thereafter was Jasmine, who was arguably a tad bit passive in the original… And as Naomi just said, really to me, it was about equality of challenge. Because there’s no point banging on about something unless you can back it up… So that just felt like it was the most obvious place that this narrative could evolve was to give Princess Jasmine a voice and that she could back that voice up.

One of the other key themes in the discussion was the overall commitment to representation in the film and how it relates to both the film and the audience. Aladdin is an incredibly diverse film and it’s important to the cast to bring that diversity to the big screen as Mena Massoud, who plays Aladdin, explained.

I’m especially proud of the representation and the ethnically diverse casting that was put together for this. It’s not often you can go to a movie theater and see all people of color represented like this. It’s certainly something that I was missing in my childhood… So I’m excited for little boys and girls to go see people that look like them on screen. 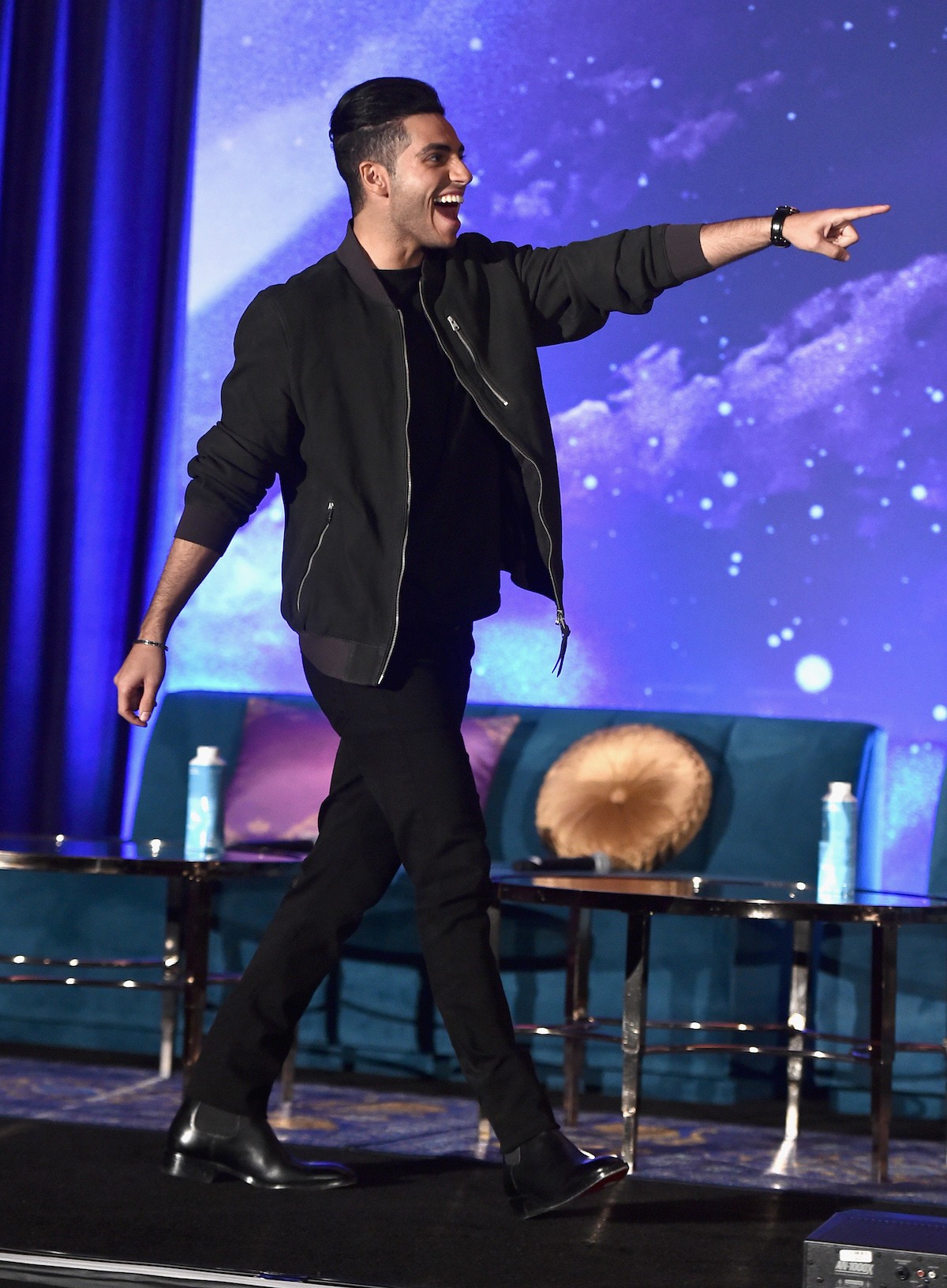 That commitment to diversity also included the addition of a new character. Nasim Pedrad plays Dalia, Jasmine’s handmaiden and best friend. Dalia’s inclusion into the story of Aladdin not only creates another female character of color in the Disney pantheon, but it gave Pedrad a chance to come up with something totally new. 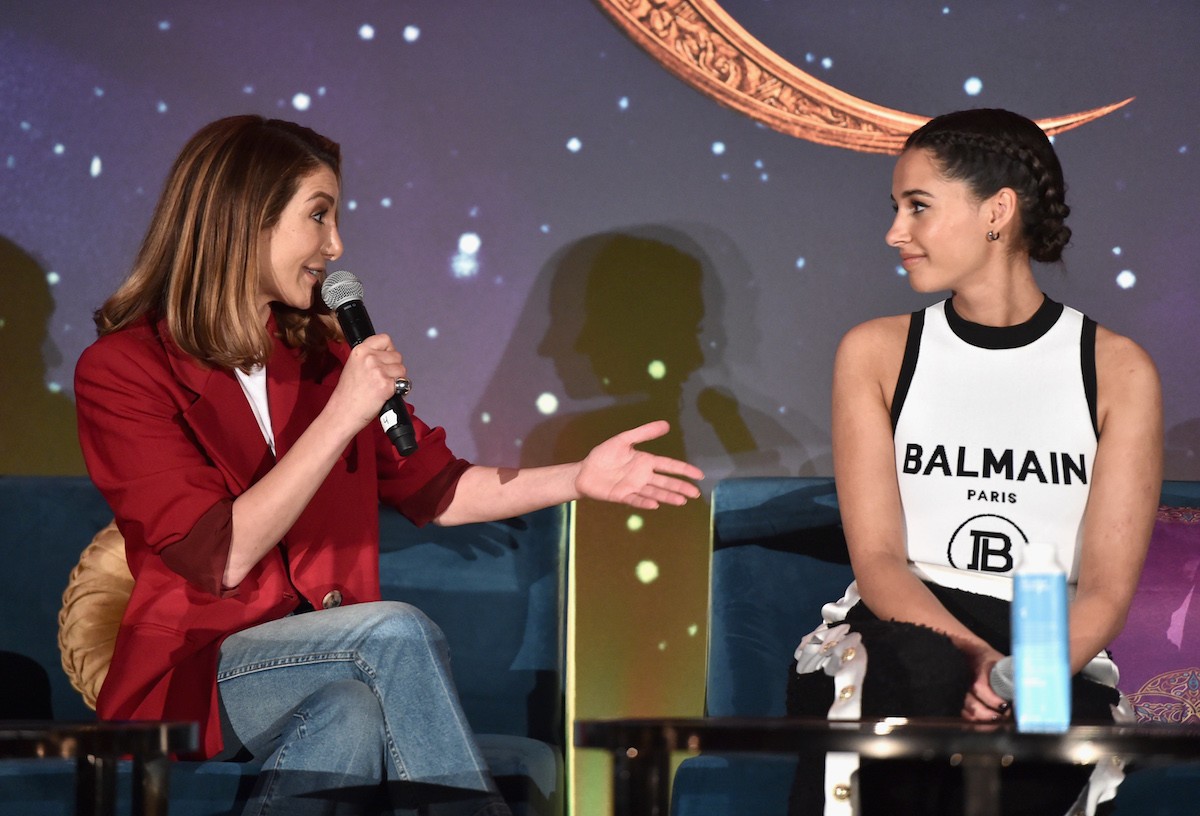 NASIM PEDRAD: It was so fun, because I think all the joy of creating something from scratch, but then watching that intersect with this story we all know and love…that film resonated with me as a child because it was the first time I saw a Middle Eastern protagonist in a major motion picture… It was just such a blast… A lot of my scenes were with Naomi… And there was such an instant camaraderie and friendship that I think hopefully translates into the dynamic of the characters.

Will Smith, who’s spoken previously about his initial concern about living up to Robin Williams’ iconic performance realized it was all about the Disney Magic and trusting himself.

I was saying Disney Magic is real. This is my first Disney movie. And there’s something that Walt Disney did in the design of these stories that at the core of these stories is something that shocks the inner child within you and forces it to come alive and smile and appreciate the moment. So for me, coming into this, first starting with fear, it definitely started with fear, what Robin Williams did with his character was, he just didn’t leave a lot of room to add to the genie. So I started off fearful. But then when I got with the music, it just started waking up that fun childlike silly part of me… This was the most joyful experience of my career.

The song that got me over the hump of “Yes, I can play Genie”, was “Friend Like Me”. I went into the studio the first day and I really wanted to play with it to see if I could add something to it. And literally 30 minutes in the studio… finding… that 94, 96 BPM range… is right old school hip hop. So I grabbed the Honey Drippers “Impeach The President” which is a really classic old school hip hop break beat… I messed with that and I messed with [Eric B. and Rakim]… And I was like “Oh, my God. I’m home, I’m home.” 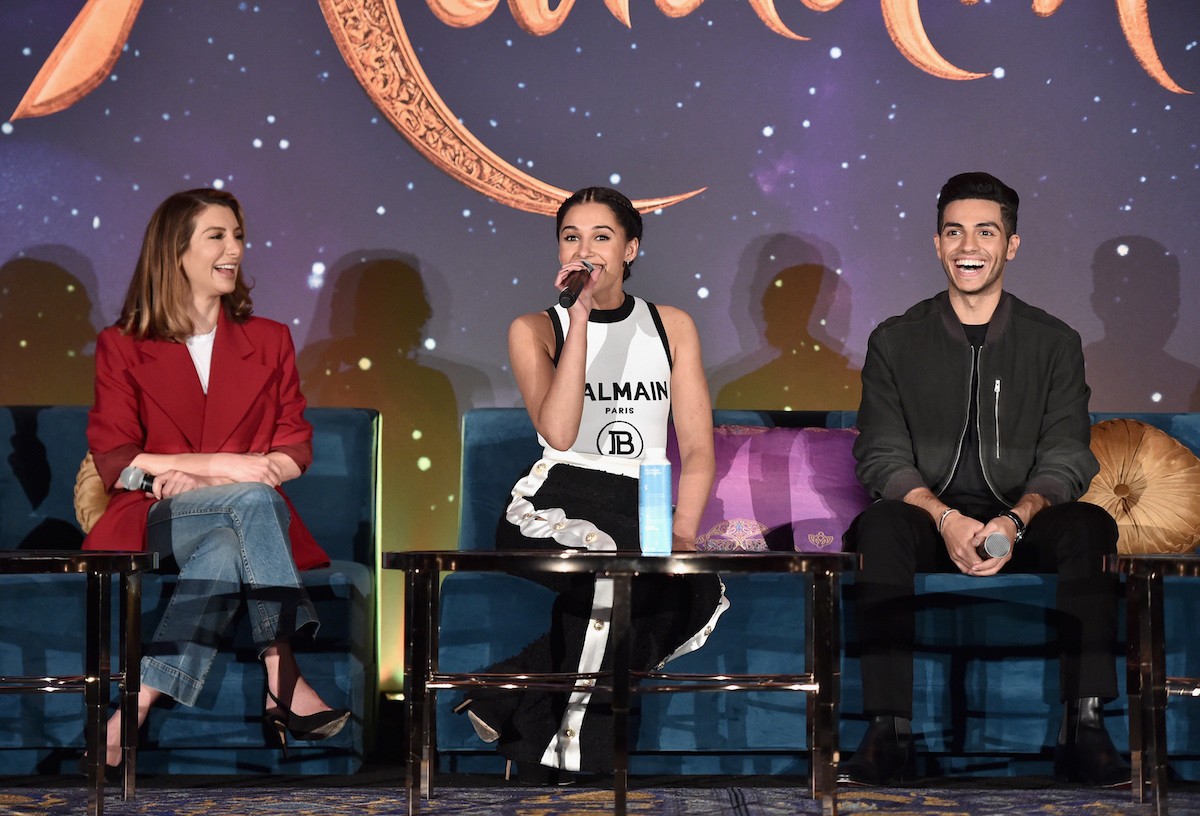 Culturally, the Aladdin story has numerous cultural influences and when asked about the East Asian, South Asian, and Middle Eastern influences, both production designer Gemma Jackson, whose work includes Game of Thrones and Ritchie’s Robin Hood, and Will Smith spoke about how important they felt bringing that mix of cultures to the project was important.

GEMMA JACKSON: The most fun part of researching I think was just throwing everything up in the air and letting it settle and thinking about the parts of the world that we wanted to explore for our kingdom and our land and letting it all kind of gradually come together. And as the different demands of the film grew, then different parts of that set grew. And creating a world for this fantastic bunch of mad people I think was the best of my job.

WILL SMITH: I think it is critically important to be able to pull stories and colors and textures and tastes from around the world. I think that in this particular time in the world, that kind of inclusion and diversity will be a critical part of turning our connectivity, because we have more connectivity than ever… into harmony is going to be really critical. And I think these kinds of interactions in these types of movies are a powerful global service. 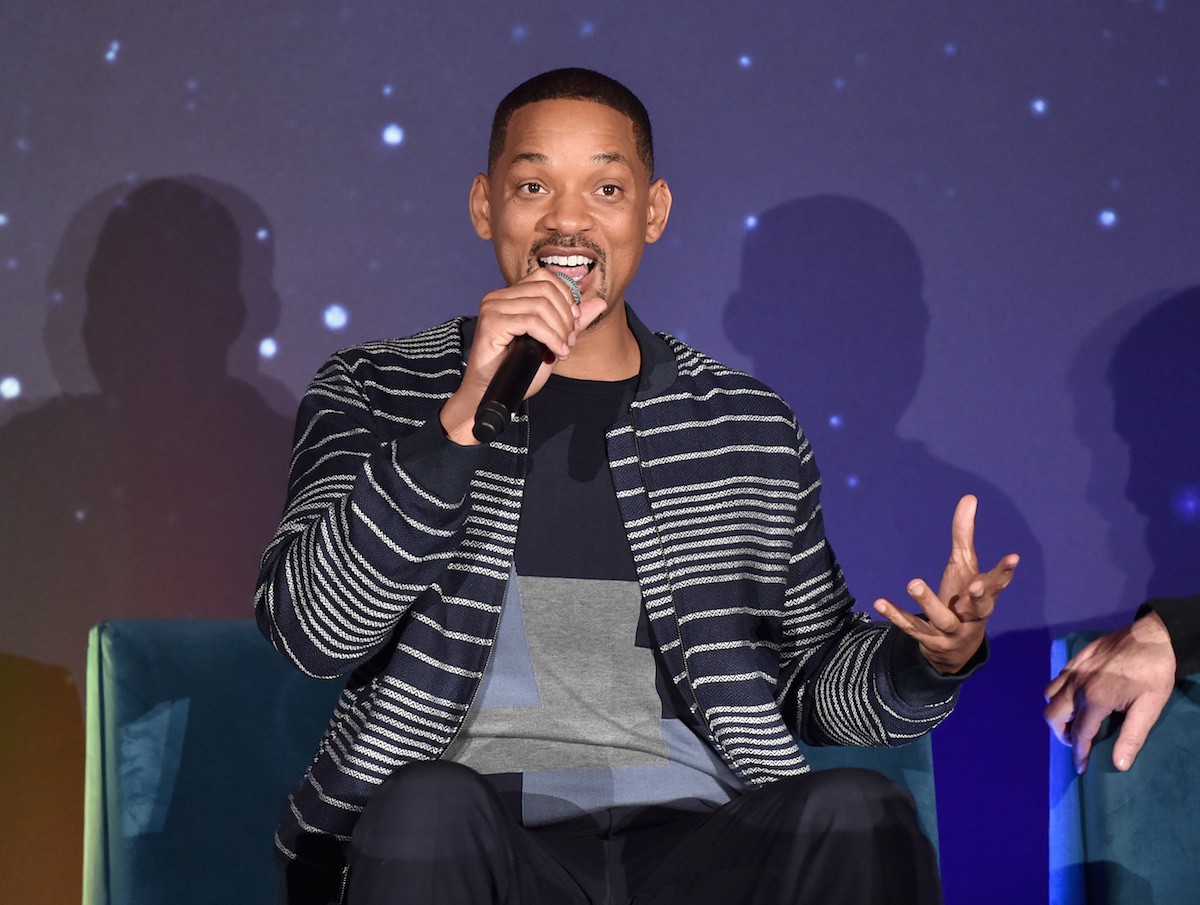 Smith’s thoughts on both the connectivity of the world and Aladdin‘s inclusion coalesced neatly when he was asked what he would wish for if he had three wishes.

You know, it’s funny. We were having this discussion. It will be wildly underwhelming. But we were talking about that. And I would have one wish. And my one wish would be divine understanding. And that’s the thing that I’ve been finding in, I just turned 50 this year. And that lack of understanding, confusion, is the mother of fear and violence. So for me, I would absolutely wish for divine understanding to be shared with all. I think that understanding is the seeds of peace.

Our overly-detailed guide to the 'Fifty Shades' sex scenes