The biggest question I had walking into Disney’s new live-action Aladdin was how it would measure up to and honor the original. The verdict on that is simple; it’s not the Aladdin some of us grew up with, but a whole new generation of kids will fall in love.

If you’re of a certain age, Robin Williams is your genie. Aladdin was very much his vehicle. Sure, it was a story about Aladdin and Jasmine and love and adventure and evil sorcerers, but anyone quoting a line from the movie is probably quoting Williams (I used “Itty itty living space” in a conversation just last week), so you have to address that first.

For the most part, Will Smith is a great genie. Especially in the quieter and more emotional moments the film affords him. Guy Ritchie humanizes his genie which is an interesting take and Smith, who’s so well known for his larger personality, shines in these quieter moments.

When speaking to Entertainment Weekly, Smith said that, instead of looking to compete with what Williams did in the original, he went for something that was “Just the flavor of the character…” and then built out using the feels of his previous well-known characters, most notably his Fresh Prince persona.

It’s the bigger moments, especially the songs, where I wish Smith had really embraced that Fresh Prince audacity. Smith sings parts of his songs and reveals a perfectly fine singing voice but compared to the richer singing voices of Mena Massoud and Naomi Scott, he falls a little flat. I’d have loved to see Smith set free on “Prince Ali” and allowed to rap that song in the same way he previews here for “Friend Like Me.”

However, Smith puts his all into the role and delivers a genie that’s funny, heartfelt, and truly likable. Ritchie also gives the genie a new ending that left me smiling and feels like an upgrade to the animated version.

Mena Massoud is perfect as Aladdin. As a street rat turned prince, Massoud is a mix of charm and vulnerability that makes him instantly likable and makes you root for him. It’s easy to slide into a cynical or sarcastic take when you have a character who’s as savvy as Aladdin is when he’s not animated, but Massoud maintains an earnestness and genuine commitment to making the best of what he has while working to improve his circumstances. 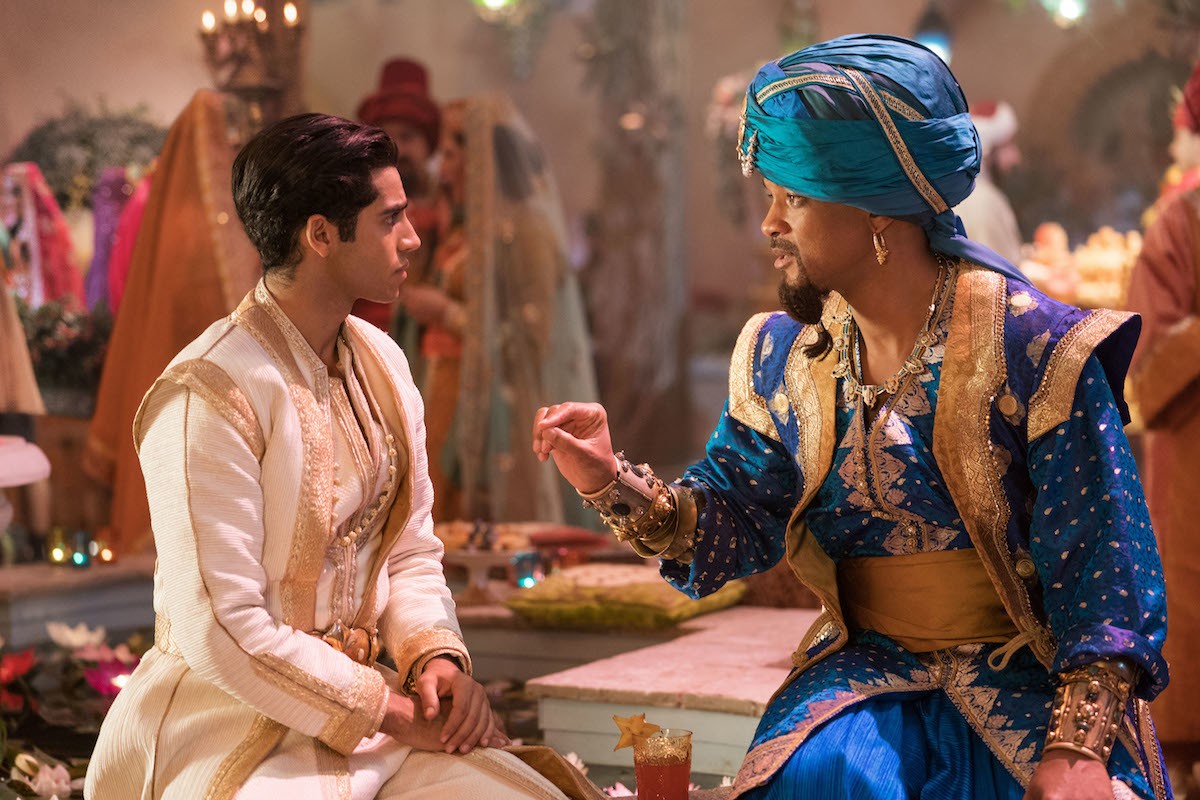 Massoud’s singing and dancing skills are a delightful surprise not just because he’s so talented but because, again, they’re based in that same earnest vulnerability. One dance number was so well done that I found myself wondering if he was dancing or if he had a double, because he looks so surprised even as he’s dancing.

It’s Naomi Scott who truly sparkles as Princess Jasmine, both literally and figuratively. Her costumes are works of art and Scott brings the air of a woman who’s been trained from infancy to be a princess. There are moments you can’t help but marvel at her beauty as she stands still or appears in a new outfit, each more intricate and dazzling than the last. 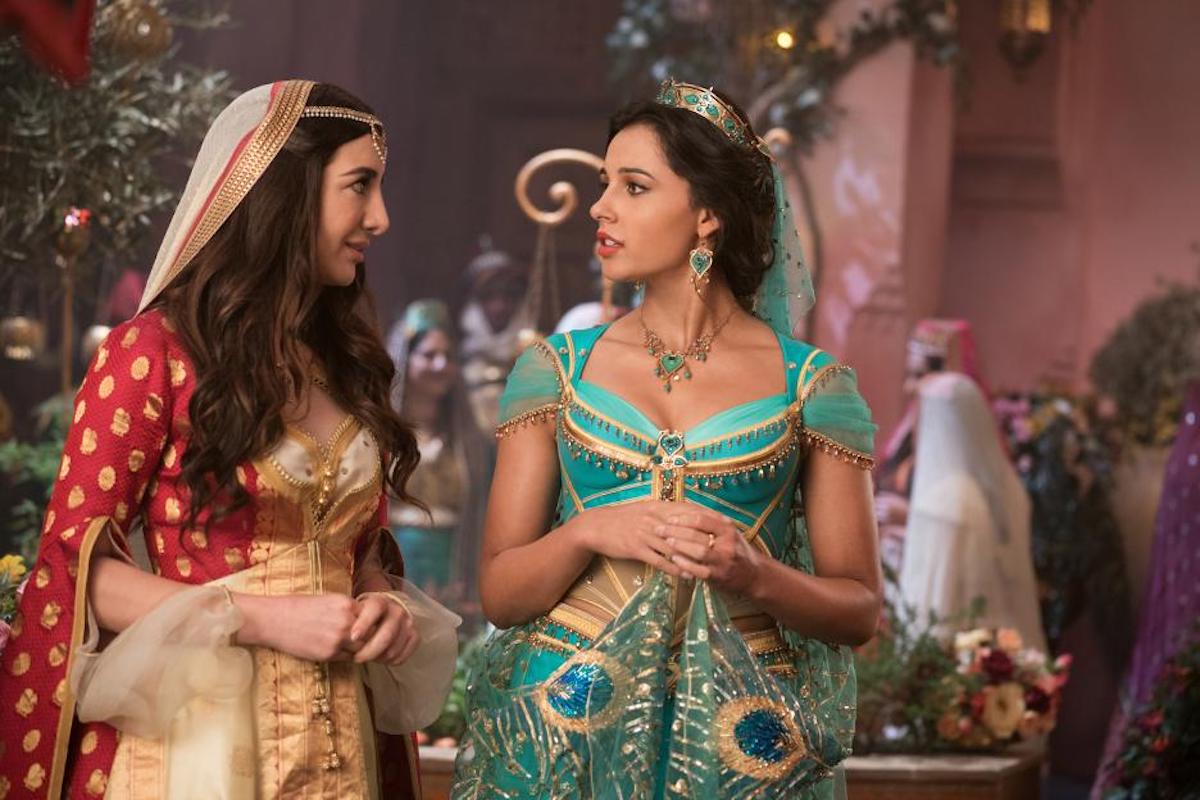 But Scott’s Jasmine isn’t there to be seen and not heard. This is a Jasmine with a voice and a message, both of which are stunningly highlighted in a new song created for the movie. “Speechless,” written by Alan Menken and The Greatest Showman‘s Benj Pasek and Justin Paul, is the female power ballad Aladdin needed to be relevant in today’s society. The animated version of Jasmine is a firecracker and certainly independent of spirit, but Guy Ritchie’s live-action Aladdin gives Jasmine a voice and a say in her own fate by crafting an ending that empowers Jasmine in a new way. In a sense, it’s a whole new world.

The rest of the cast rounds out nicely. Nasim Pedrad’s Dalia lights up the screen and steals the scenes she’s in. Marwan Kenzari’s Jafar delivers in the evil department and hints at a past that may be a subtle play on what Aladdin may have become if he had been just another street rat. Alan Tudyk’s Iago is less Gilbert Gottfried hyper and more realistically sinister in this adaptation. 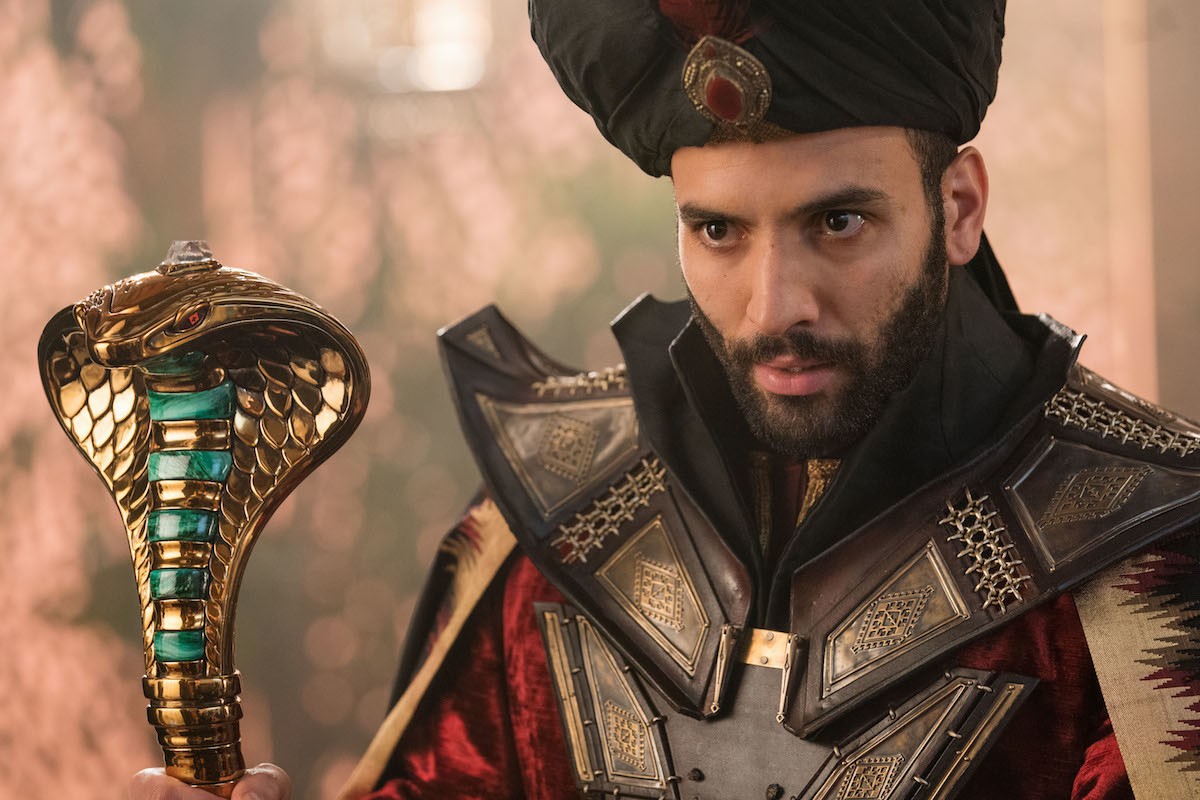 The biggest jewel in Aladdin, however, is the production and costume design. Production designer Gemma Jackson, whose previous credits include Game Of Thrones and Ritchie’s King Arthur: Legend Of The Sword, created Agrabah from the ground up. Not only did the film build the city of Agrabah to scale, but Jackson takes the multicultural influences behind the Aladdin story throughout the centuries to craft a city rich in history that takes elements from Asia to the Middle East and blends them into the city, its people, and its customs. Costume Designer Michael Wilkinson (300, Justice League) outdoes himself in this live-action adaptation. Not just when it comes to Jasmine’s outfits, but throughout the cast right down to the extras.

If there’s one hiccup in this version of Aladdin, it’s the use of CGI. Especially in a certain musical number, mainly because it misses a few times. That said, there’s no way this film would be possible without CGI and it serves the film well enough. I tend to be picky about these things, but my guess is most viewers won’t even notice the small issues in that arena because the film succeeds overall in a way that will thrill and delight audiences, especially the kids. 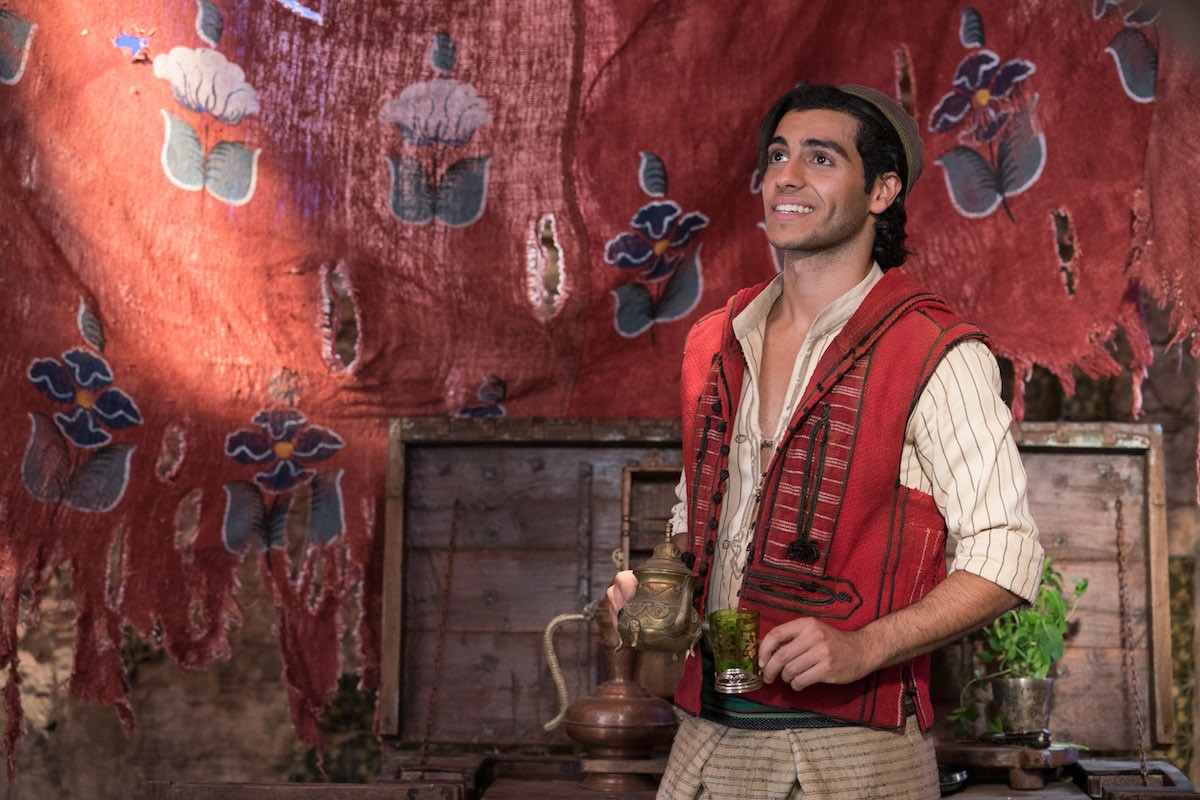 Aladdin delivers exactly what it has to; an adaptation that stays true enough to the original to inspire nostalgia for fans while also updating the story in a new, exciting way for children — the true audience for this film. A new generation will leave the theater singing “A Whole New World” and it’s sure to inspire more than a few burgeoning musical theater fans.

What I personally hope for, however, is that more young women leave the theater with a new song in their heart and find their voice thanks to “Speechless.” In the end, the film may be called Aladdin, but I hope Jasmine’s story is the one that truly lasts.

Aladdin opens on May 24.