The 15 most anticipated YA fantasy sequels of 2020

Start building your TBR pile for next year with the 15 most anticipated YA fantasy sequels of 2020! With enemies-to-lovers to forbidden romances, there’s something for everyone.

There were so many outstanding YA fantasy books released this year that I made a list of my most anticipated YA fantasy sequels of 2020 to coincide with the list I made last year.

If you didn’t get a chance to read the first books in the series below, don’t fret! There’s still plenty of time to pick them up before their sequels drop this coming year.

This year was full of amazing starts to new series, so it’s hard to know where to begin. In looking ahead at 2020 releases, I glanced back at what books I enjoyed reading the most, I was blown away by the amount of debut authors that not only captured my heart with their stories, but who took well-loved tropes and spun them in new, exciting ways.

With everything from enemies-to-lovers to unique magicks and forbidden romances, these books are the future of YA fantasy, and I can’t wait to dive into these worlds once more. Some of them many not have titles or covers yet, but that doesn’t mean I’m any less excited about their upcoming release!

15 most anticipated YA fantasy sequels of 2020 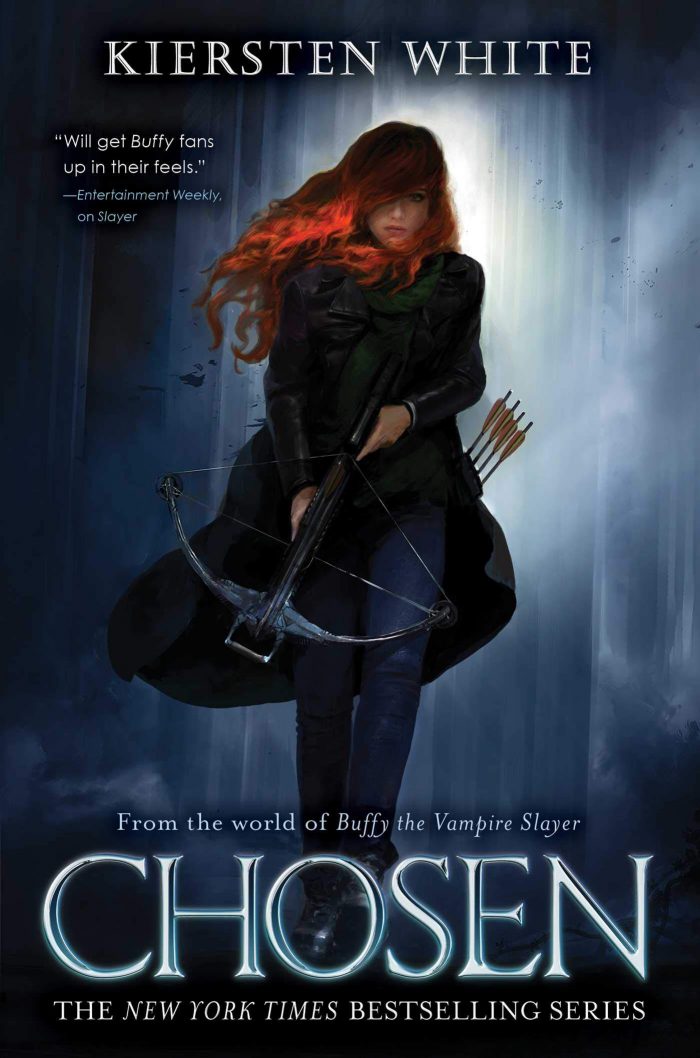 Kiersten White may be known for her phenomenal reimaginings, but she blew me away with her continuation of the Buffyverse with Slayer. Here, at Hypable, we love Kiersten, so it’s no wonder Chosen is the first book on this list (never mind that it comes out first…). If you’re either a fan of Buffy in general, or enjoy books about kickass teens taking on paranormal shenanigans, then the Slayer series is for you! 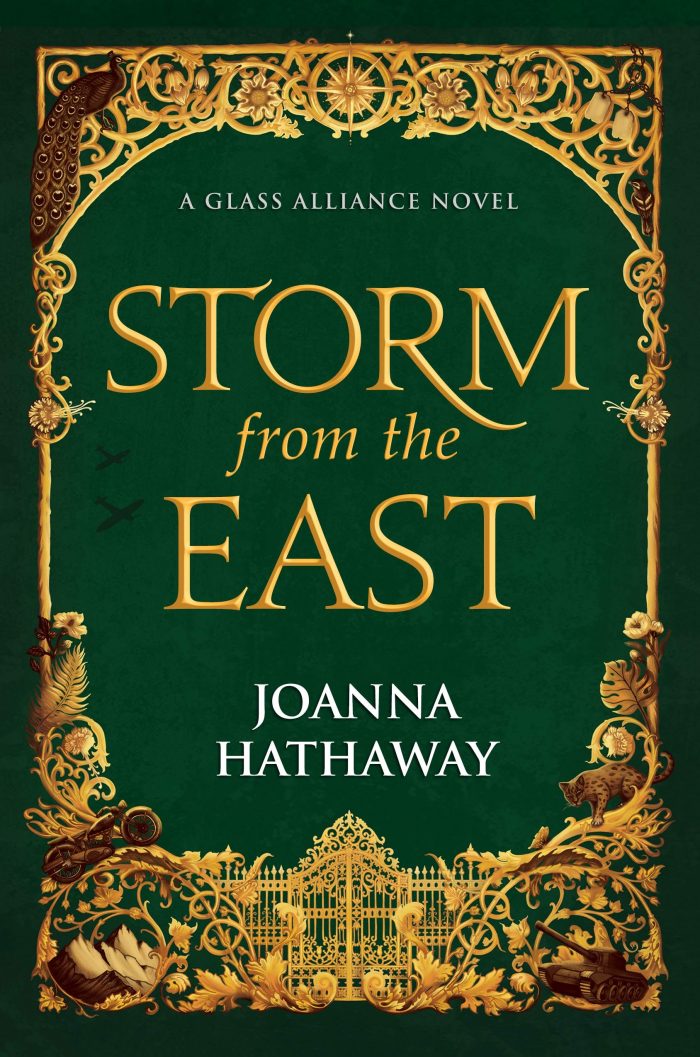 ‘Storm from the East’ by Joanna Hathaway

Dark of the West was one of my favorite books of the year, and with Joanna Hathaway’s ability to completely submerge the reader into a world of war intrigue, espionage, and forbidden romance, it’s no surprise that Storm from the East is at the top of my TBR pile.

Sometimes you can tell the passion behind a story, and with The Glass Alliance series, the descriptions of combat, fighter planes, and the emotion behind each tough decision made can easily be felt by the reader. Fans of the HBO war mini-series should pick up these books immediately, especially if you love Band of Brothers.

Be sure to check out the pre-order campaign for Storm from the East.

Maya Motayne’s A Forgery of Magic series is exactly what I’m looking for in YA fantasy right now. Nocturna’s Latinx-inspired world mixed with uniquely intriguing magicks and enemies-to-lovers makes Oculta one of the most anticipated books of 2020 for me.

Alfie and Finn’s journeys to not only find themselves, but to learn to trust in a world where lies run rampant makes this series addicting and unable to be put down. 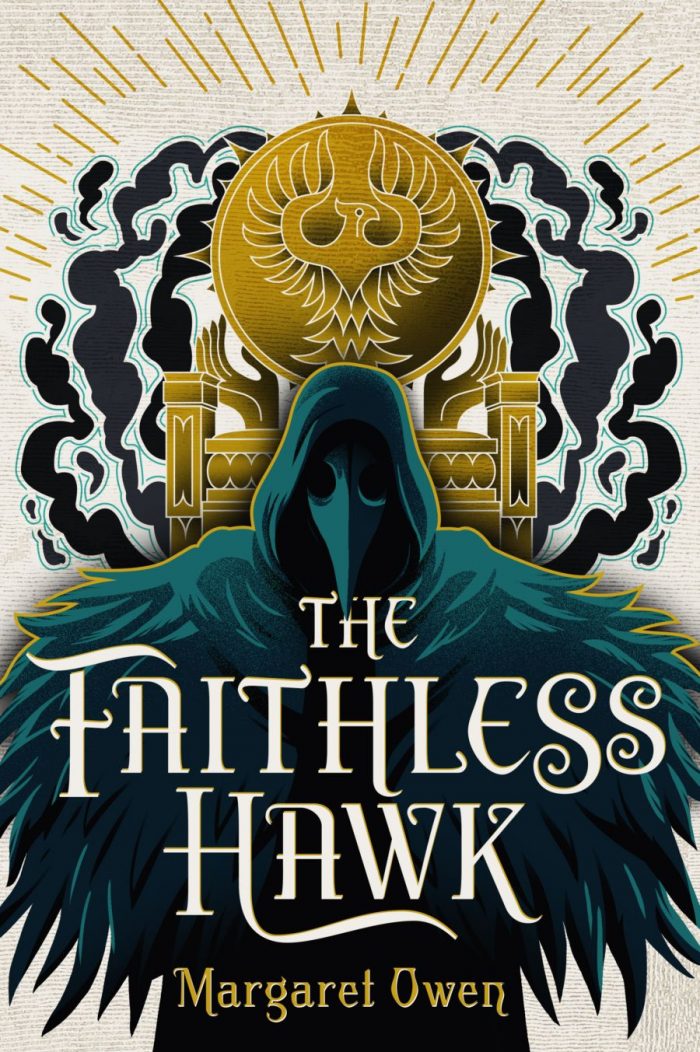 ‘The Faithless Hawk’ by Margaret Owen

With amazing world-building and a well-thought out system of magic of birthright and deep lore, The Merciful Crow brought a sense of urgency and agency in a world where there was seemingly no hope of change. The main character, Fie, is a force of nature that, as a reader, I couldn’t help but root for as she takes on a mantle she never wanted and ends up helping someone she should by all rights loathe.

Read an excerpt of The Faithless Hawk here.

The mesmerizing debut Wicked Fox is a modern YA fantasy that takes place in Korea and follows a young girl with a secret, leaving her isolated amongst her peers at her new school. Reminiscent of a K-Drama in all the best ways, the Guminho series brings Korean mythology of the nine-tailed fox and high school drama together in an unforgettable story that is continuing with the release of Vicious Spirits.

In the aftermath of the events in Wicked Fox, Miyoung and Jihoon must pick up the pieces of their shattered lives with the help of both their friends and enemies, all while trying to balance life as high schoolers. 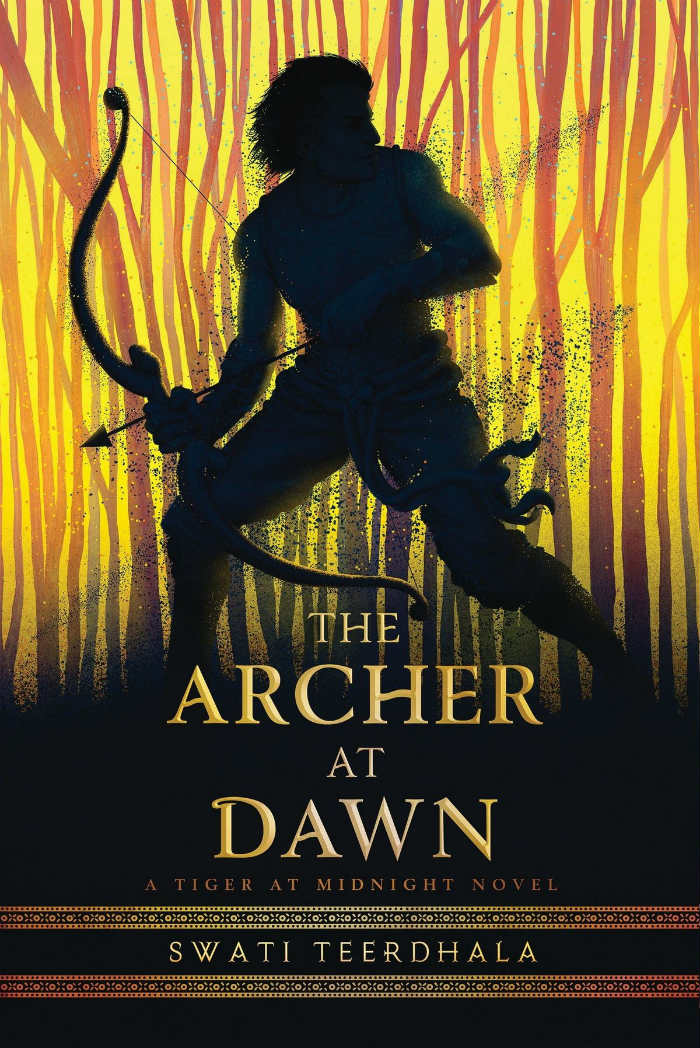 ‘The Archer at Dawn’ by Swati Teerdhala

Star-crossed enemies-to-lovers, non-toxic masculinity, and female assassins who know how to get the job done made The Tiger at Midnight one of my most recommended books this year. Debut author Swati Teerdhala captured my attention with her ability to weave a beautiful tale of revolution and wavering emotions between the two main characters as they play a deadly game of cat and mouse.

Read an excerpt from The Archer at Dawn here.

‘As the Shadow Rises’ by Katy Rose Pool

One of my favorite books of the year, There Will Come a Darkness set up character dynamics and arcs full of secrets, lies, and betrayals that kept me on the edge of my seat in Katy Rose Pool’s enrapturing debut.

With a full cast and multiple points of view, As the Shadow Rises makes the list of most anticipated YA fantasy sequels because the characters stand out like a beacon as darkness threatens to take over the world and the lives of the five main characters are intertwined by prophecy.

Serpent & Dove was a refreshing delight with its heroine defying the men around her with every turn despite being deep within enemy territory. With an intriguing premise and amazing enemies-to-lovers character dynamics paired with a fake relationship, it’s no wonder I fell in love with Louise le Blanc and her penchant for finding herself in sticky situations.

September can’t come fast enough for me, as the Blood & Honey release will bring more interactions between Louise and Reid, which is exactly what I’m looking forward to. Their dynamic was one of my favorites this year, both antagonistic and endearing at the same time. 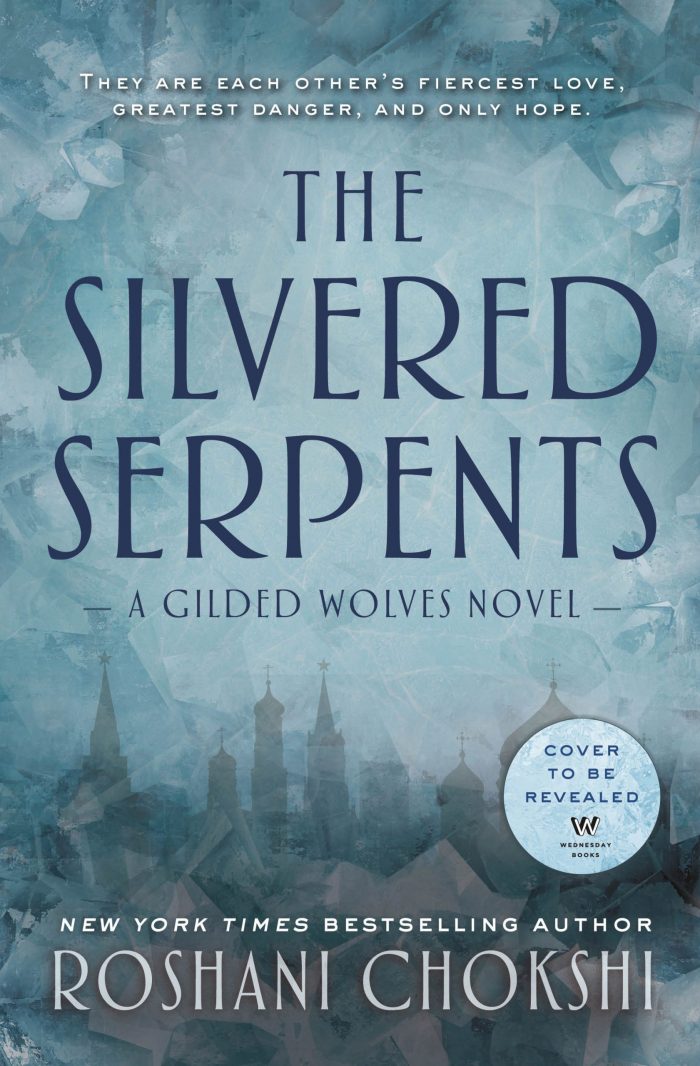 ‘The Silvered Serpents’ by Roshani Chokshi

A heist with high stakes is only the beginning of the Belle Epoque caper, The Gilded Wolves, which has a delightfully diverse and eclectic cast of characters. Roshani Chokshi weaves magic into 1889 Paris, along with not-so-secret societies and blood feuds that endanger all.

The Silvered Serpents will bring back the flawed, unique, and exquisitely written cast of characters whose dynamics made The Gilded Wolves irresistible and a must-read of this year.

Nina Varela breathed new life into the term enemies-to-lovers in her debut, Crier’s War. Ripe with tension from the get-go, Crier’s War is a nonstop push and pull between Ayla’s need to avenge her people and her newfound feelings for Crier. We’ve only gotten a glimpse of Nina’s amazing world-building, but I can’t wait to see what the next book, Iron Heart, will bring into the mix in this sapphic, star-crossed series.

Iron Heart will surely rip our hearts out as Ayla and Crier must make hard decisions with unforeseen consequences as tensions rise within the heart of the kingdom of Rabu. 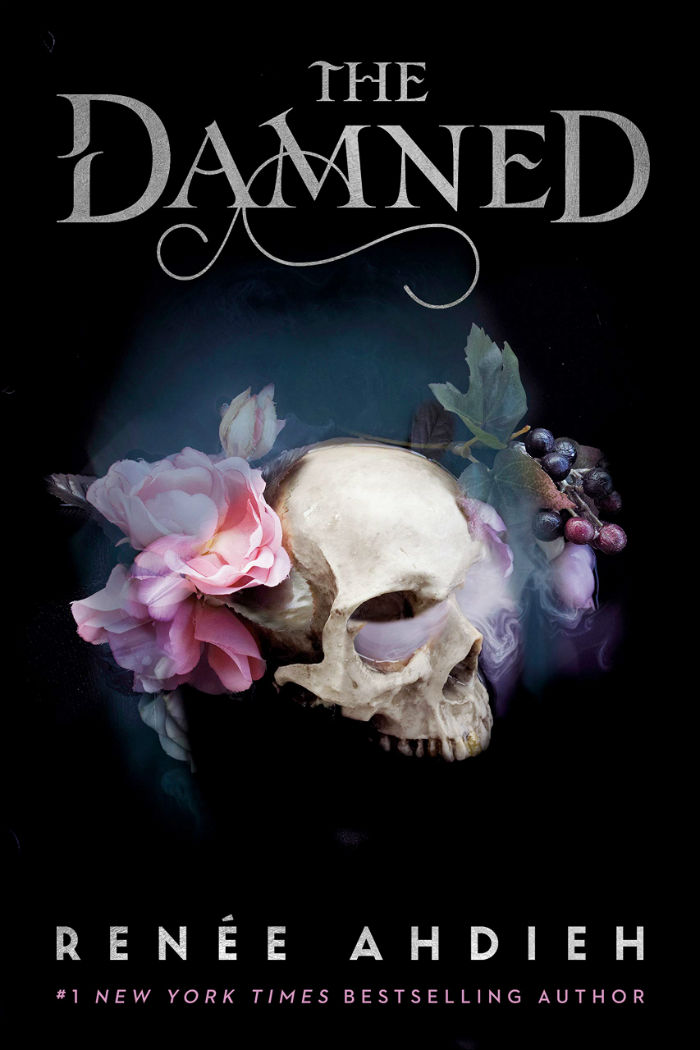 ‘The Damned’ by Renee Ahdieh

I’m 100% here for the return of vampires in YA fantasy, so it’s no surprise that Renée Ahdieh’s The Beautiful makes this list. The atmosphere, tone, and buildup in The Beautiful brings a dark, dangerous feel back to vampires that I’d so missed. High stakes with paranormal creatures is important, and with the plot twist at the end of The Beautiful, I can’t wait to read what happens next in The Damned when it comes to Celine Rousseau and Sébastien Saint Germain.

Kiersten White’s retelling of the Arthurian legends came with a twist by putting the spotlight on Guinevere in The Guinevere Deception. My favorite of Kiersten White’s books to date, I couldn’t get enough of how she utilized the characters we know and love. With forbidden magics, arranged marriages, and unseen foes, don’t miss out on reading The Guinevere Deception before the untitled second book in the Camelot Rising series comes out sometime in 2020! 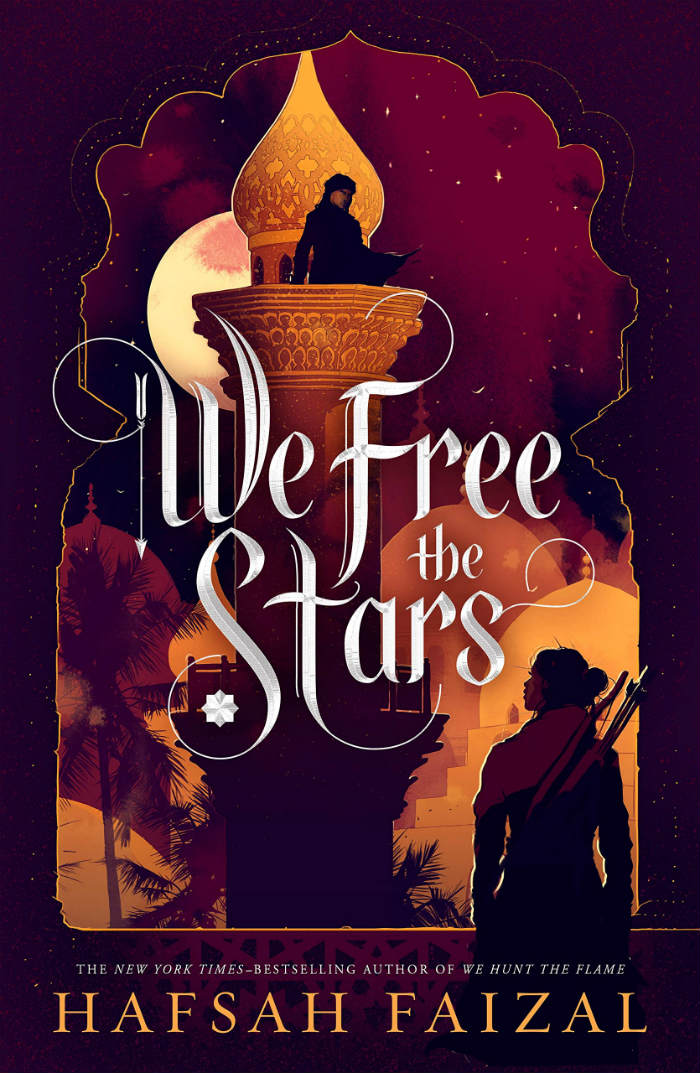 ‘We Free the Stars’ by Hafsah Faizal

Hafsah Faizal’s beautifully written debut, We Hunt the Flame, brings out the best in YA fantasy with rebelling against both social norms and what characters were brought up to be, to hidden powers within, and twists in the form of secret reveals. With enemies-to-lovers romance and a world-saving epic, yet deadly, quest, the second book in The Sands of Arawiya series will surely shine as brightly as We Hunt the Flame did.

We Free the Stars was set to come out in early 2020, but was pushed back to July. If anything, that gives readers more time to pick up the stunning first book in this marvelous series before this ya fantasy sequel’s release.

Fireborne by Rosaria Munda is full to the brim with rivalries within ranks and the harsh reality that being impartial is the same as choosing the side of the oppressors. Debut author Rosaria Munda’s world-building surrounding dragon riders and the military, along with the friends-to-enemies-to-lovers trope, make Fireborne not only one of my favorite reads of the fall, but puts the untitled second book in The Aurelian Cycle on this list.

There can never be enough books about dragons, their riders, and revolution. 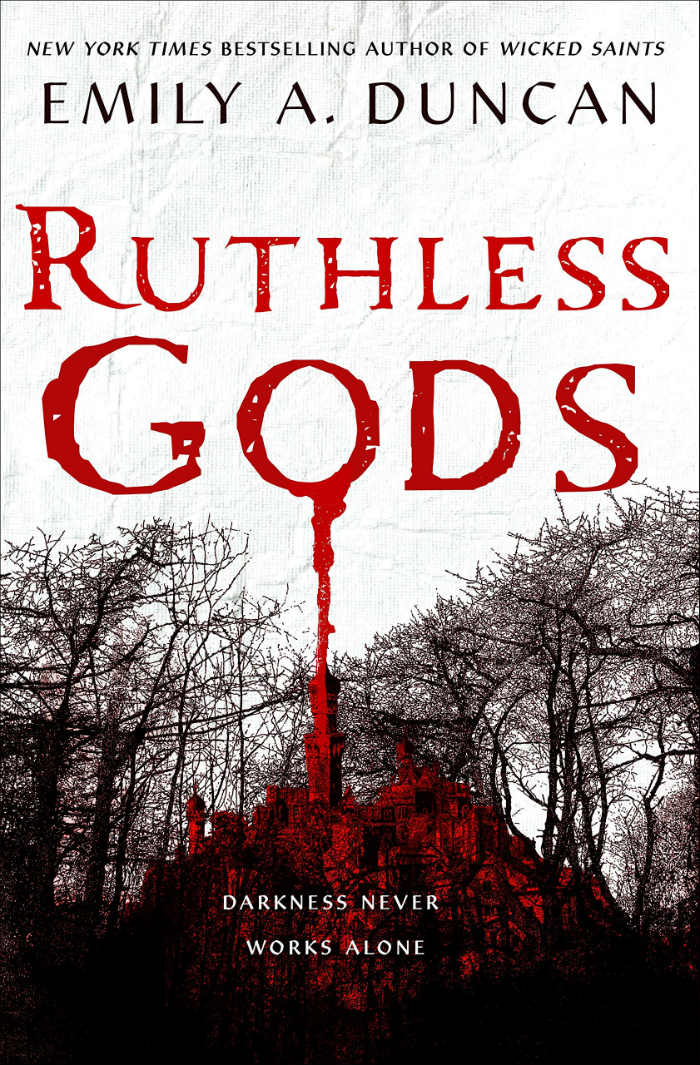 ‘Ruthless Gods’ by Emily A. Duncan

Debut author Emily A. Duncan’s Wicked Saints was not only stunningly dark, but left a lasting impression and a big gaping hole in my heart with its Gothic world-building surrounding blood magic and gods who speak to their followers. Ruthless Gods will surely be as cut-throat to its readers as Wicked Saints was to its characters, what with them being at war with not only themselves, but those who seek to kill Nadya, Serefin, and Malachiasz.

All dates are subject to change! So far, both The Silvered Serpents and We Free the Stars have both been pushed back a couple of months, making our wait longer but surely worth it. What YA fantasy sequels are you looking forward to in 2020?