Looking for new books with an awesome female lead? We’ve got a list of badass female characters you should definitely check out!

Every year, fantasy books with leading female characters become more and more prevalent and diverse, and we can’t get enough of it! Women don’t have to be “strong” like men in order to be the main character of a book or series. In fact, we’d rather read about women who are trying their best in the circumstances they are given, or how they fight tooth and nail to get what they want and deserve.

We’ve compiled this list of badass female characters to show how diverse they can be, all the while kicking butt and taking names. Wearing dresses no longer equates to being a damsel in distress. In fact, getting your hands dirty while dressed to the nines is a pretty great aesthetic.

These badass female characters are everything from cartographers to spies, and each is awesome in their own way. From middle grade to adult fantasy, these women remind us all that we are all different, and we are all badasses. ‘Song of the Abyss’ by Makiia Lucier

Reyna is one of my favorite characters this year. She’s not only a cartographer, but an adventurer on the high seas whose ship is overtaken as she escapes with a map, right onto the shores of her people’s enemy.

All alone, she must convince a boy she meets to help her, and after it turns out that multiple ships have gone missing, their countries have to work together to find out what’s happened.

Reyna has no qualms jumping out of a ship and swimming to safety, standing up for what she knows is right and in order to help those who have been lost. Bravery doesn’t mean you aren’t scared, but that you act in spite of being terrified, and Reyna embodies this wholeheartedly. 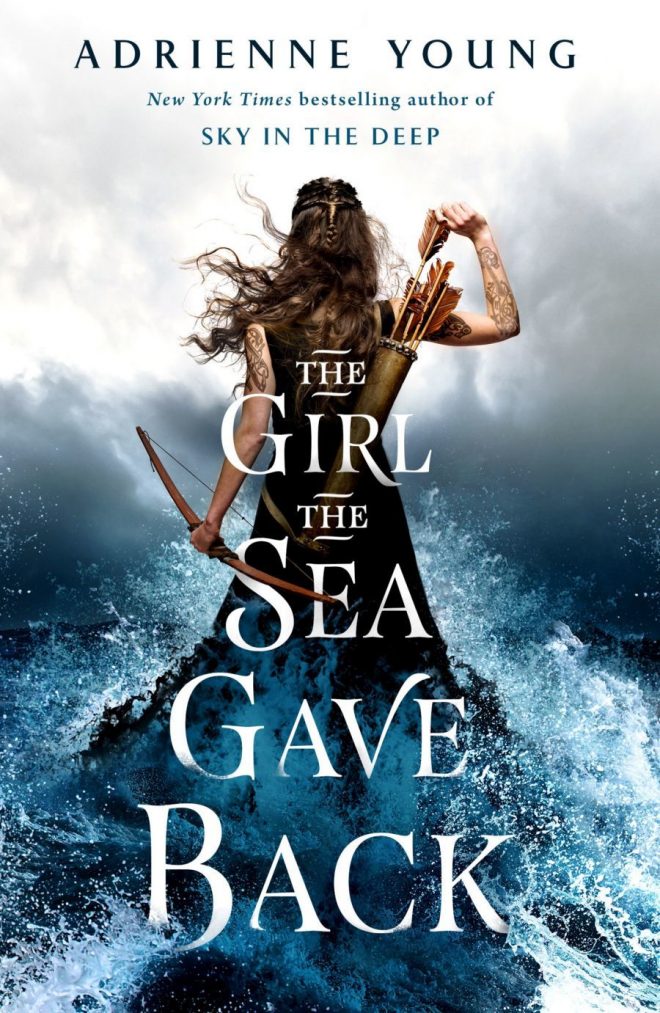 ‘The Girl the Sea Gave Back’ by Adrienne Young

Adrienne Young’s sophomore novel The Girl the Sea Gave Back follows Tova, a girl who was thought to be dead, but was found by an enemy to her own people. She has the power to read runes and see into the future, but the men around her don’t listen. The epitome of what every woman has to go through almost daily: People around her discount what she sees, despite them knowing she’s proficient in her craft because she doesn’t lie and tell them what they want to hear.

Only, these are Vikings who are hellbent on killing their enemies. To them, it doesn’t matter how accurate her predictions are, or what the runes say is going to happen. Sometimes there’s nothing to do but watch the world burn around you, but other times… you have to fight for what you know is right, and that’s exactly what Tova does. 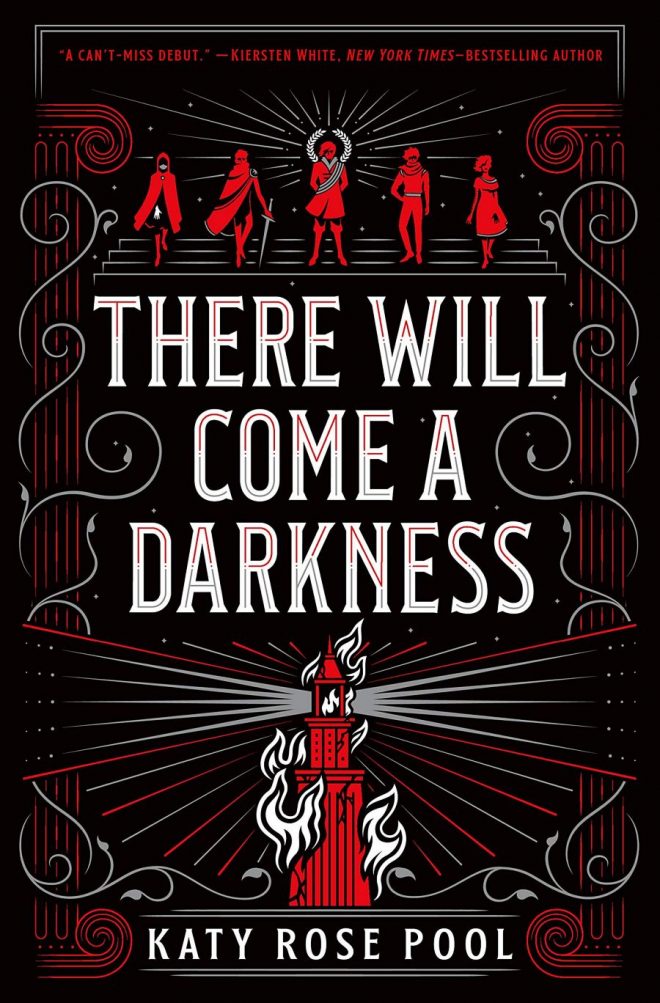 ‘There Will Come a Darkness’ by Katy Rose Pool

There Will Come a Darkness has multiple female leads, what with a large cast of main characters, but I want to point out my favorite: the assassin known as the Pale Hand. Ephyra would do anything for her sister, and she does. She is the epitome of “the greatest of harm can result from the best of intentions.” Her life revolves around killing people (she chooses her victims wisely, picking people who are bad themselves) because she feels like she has to.

She’s morally grey, imperfect, but loves her sister above all else. There Will Come a Darkness is such a great book for imperfect characters, where their flaws stand out and their actions all have dire consequences. Ephyra stands out to me as a character because of the love she bares her sister and the lengths she would go to keep Beru in her life. 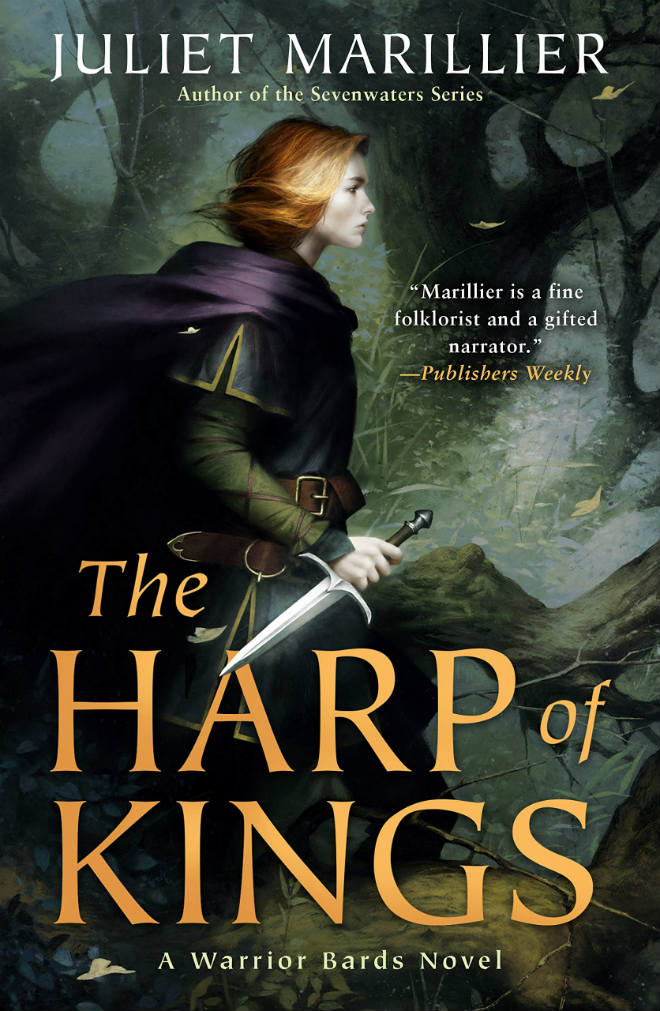 ‘The Harp of Kings’ by Juliet Marillier

Lioban is not only a bard, but she is training to become a spy as well. Before she’s chosen to become one, though, she and her brother must go on a mission where not everything is as it seems.

Lioban is fierce, independent, and most importantly: she learns that not everything she does has to be about becoming the warrior that she wishes to be. To be human is to want others, need others, and be there for those she cares about.

The Harp of Kings brings not only traditional love to the forefront, but familial love, and growing as a person. Also, the spying part is pretty awesome. 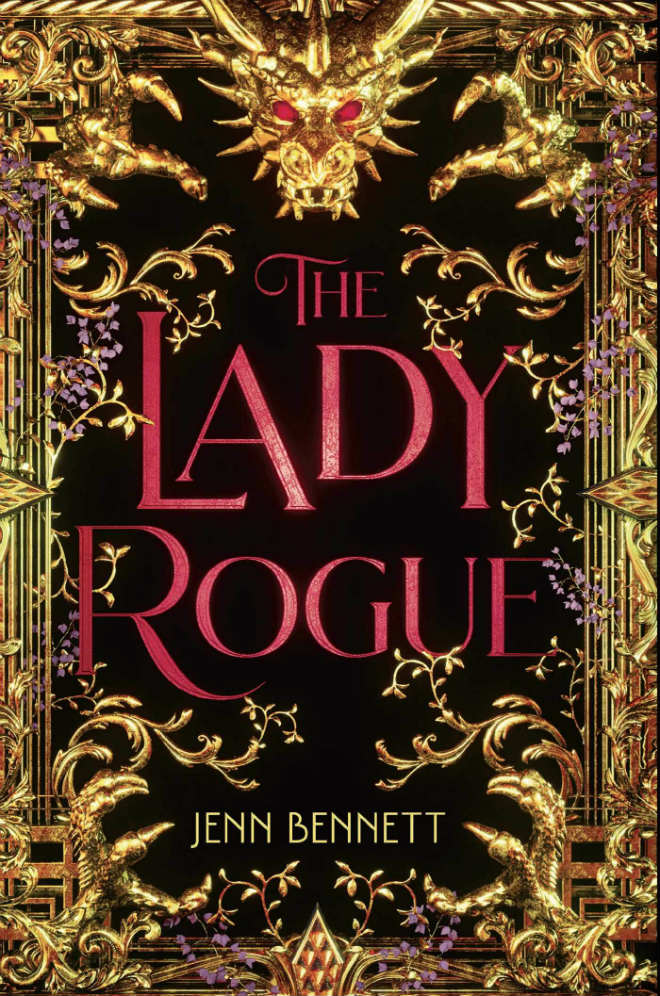 ‘The Lady Rogue’ by Jenn Bennett

When Theodora’s father goes missing, it’s up to her and Huck, a boy who shattered her heart into pieces, to find him. Theodora brings her badassness about all while wearing dresses, being scared yet brave in the face of danger, putting aside her feelings for Huck in order to find her father, and actually deal with those emotions.

Her journey in this standalone novel was fresh, in that she and Huck already have a past, so their dynamic is not something we get to read in most YA novels. Also, they get swept up in a mission to find Vlad Dracula’s long lost ring, which puts them both in danger. Love it. 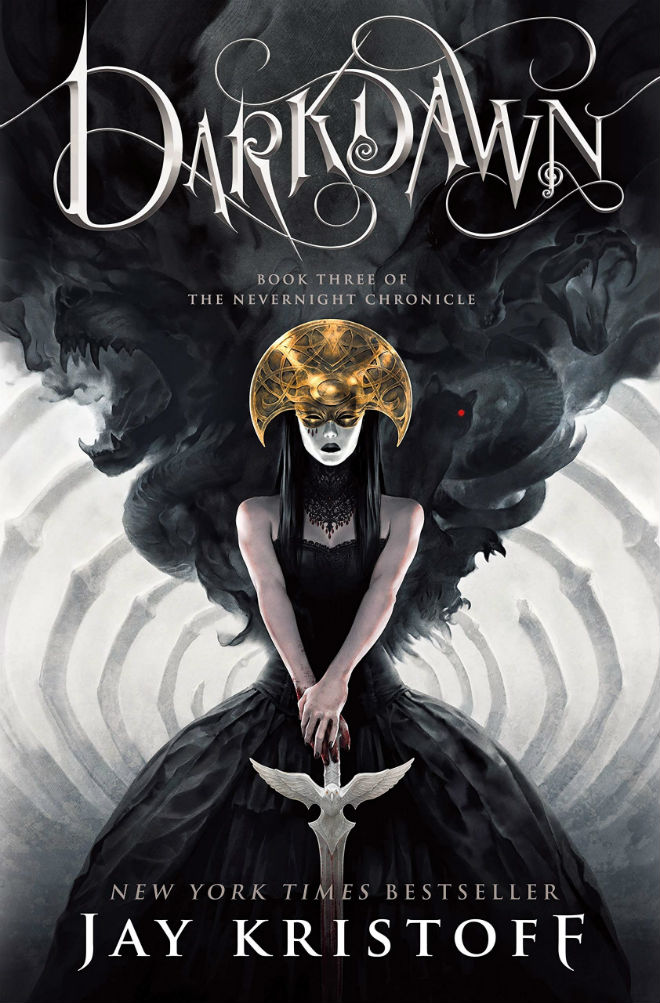 Mia Corvere is not only an assassin, but a gladiatii who would do anything to take revenge for the death of her father. In the final installment of the Nevernight Chronicle, Mia has to do something that, up until this point, she never had to do: She had to face her fear.

That doesn’t seem like that big of a deal outside of the context of Nevernight, but she has passengers: demons who feed off her fear and have fed off her fear since the death of her father. She’s lived without fear for years, so when she has to face those fears, the impact is amazing and makes her even more of a badass than she was before. She’s the epitome of a badass female character and no list about women who know how to kick butt would be complete without her.

The Nevernight Chronicle is adult fantasy, and isn’t for the faint of heart. If you can stomach violence, Mia’s journey to conquering her fear is something you don’t want to miss out on. 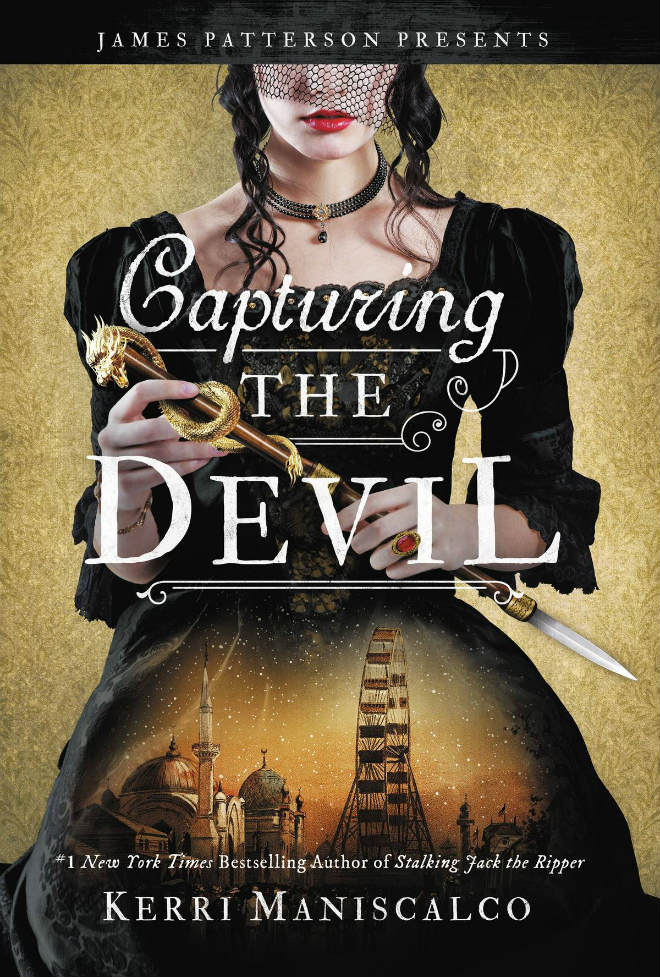 ‘Capturing the Devil’ by Kerri Maniscalco

The Stalking Jack the Ripper series has Audrey Rose Wadsworth as its heroine, a girl whose passion is forensic studies and solving murders, all while wearing beautifully detailed Victorian dresses. I adore her snark, her autonomy, and her ability to put on a brave face when all she’d like to do is curl up in bed and have a good cry.

Capturing the Devil is the finale of SJtR, and Kerri Manicalco writes Audrey Rose perfectly in that Audrey Rose herself is not perfect. She’s made mistakes, but when her dreams are dashed, she manages to hold her ground and not give in to settling for something less than she deserves. Her resilience is what makes her a badass. No matter what, she keeps going. 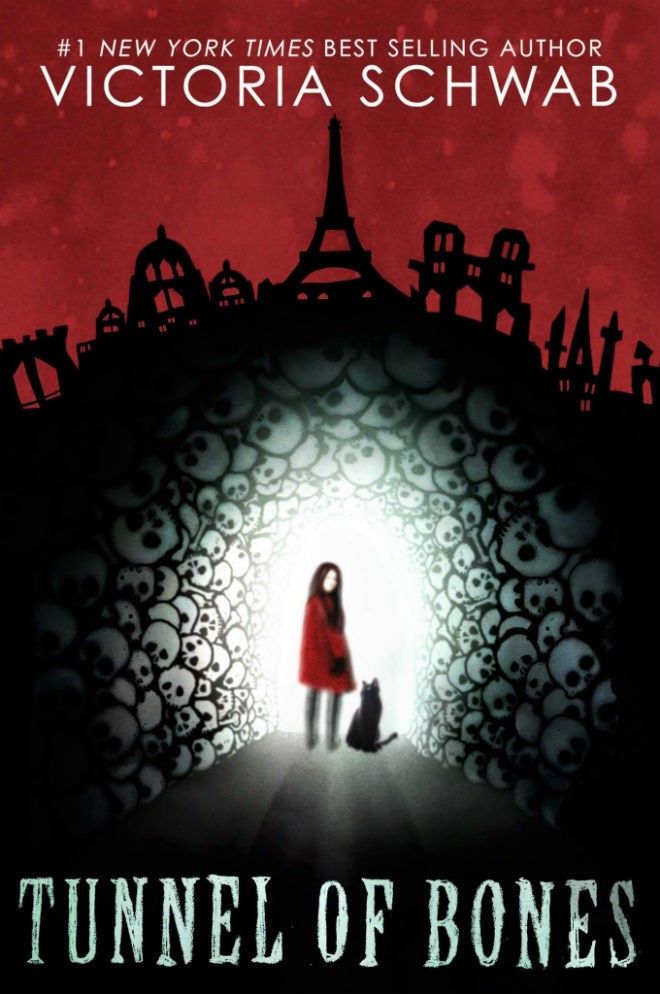 ‘Tunnel of Bones’ by Victoria Schwab

Cassidy Blake may barely be a teenager, but that doesn’t make her any less amazing in our eyes. She has the power to not only see the dead, but to help them crossover. In Tunnel of Bones, Cassidy and her family travel to Paris where she comes face-to-face with a trickster spirit who she and her best friend (who just so happens to be dead) have to track down in the Catacombs.

Anyone who would venture down into the underground of Paris at night, tracking down a ghost, is automatically a badass, no questions asked. 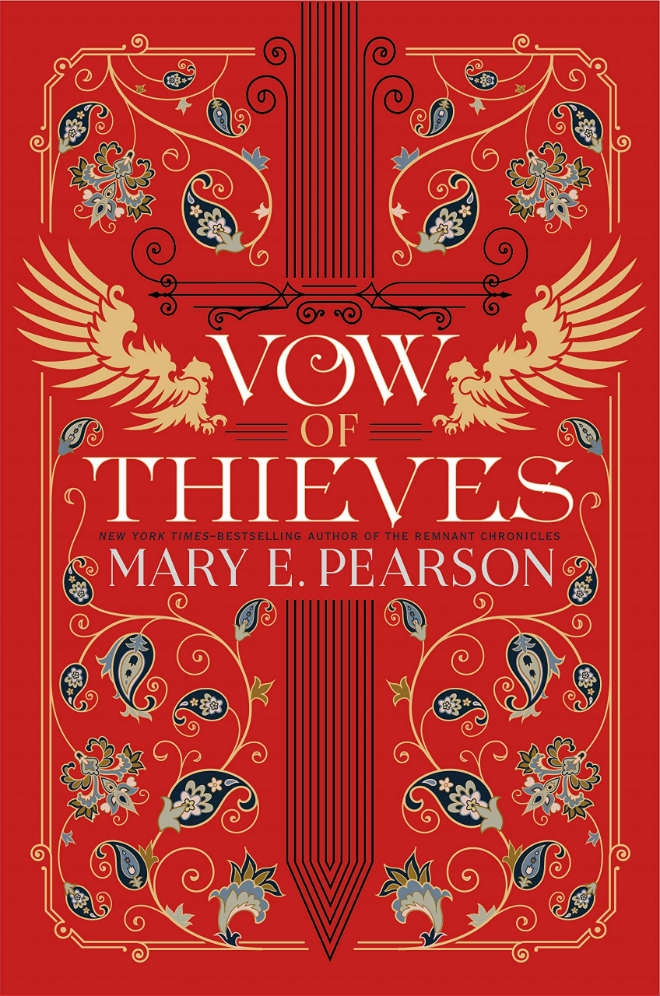 Kazimyrah’s life is full of lies, stealing, and getting herself into sticky situations. She’s independent, has a strong sense of loyalty, and would stop at nothing for those she loves.

Pair this with deceit, intrigue, and unlikely allies, and you’ve got Vow of Thieves, the second book in Mary E. Pearson’s Dance of Thieves series. The dynamic between Kazi and Jase is combative and addicting, leaving the reader wanting more of Kazi and her BAMF ways. 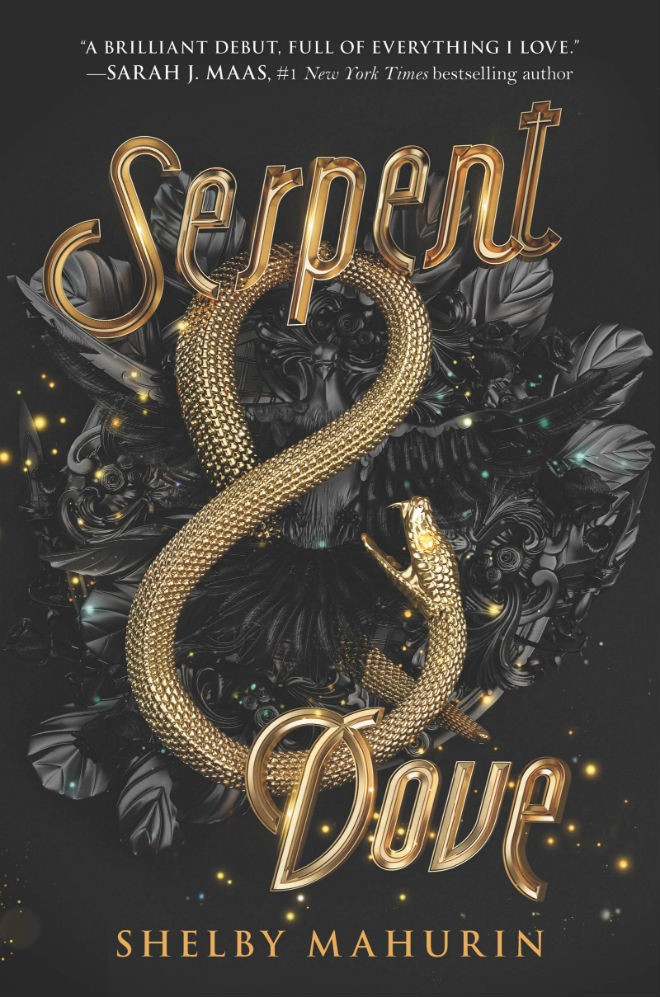 In a world where women with powers are hunted down and killed, Louise le Blanc has kept her head down, until she suddenly stumbles into a forced marriage to a witch hunter. Louise is loud, does what she wants, and is used to getting her way. In the face of fear, she doesn’t cower, doesn’t waver, and most importantly, she doesn’t lose her sense of humor.

Serpent & Dove was a refreshing delight with its heroine defying the men around her with every turn despite being deep within enemy territory. With an intriguing premise and amazing enemies-to-lovers character dynamics, it’s no wonder I fell in love with Louise le Blanc and her penchant for finding herself in sticky situations.

Upcoming 2019 releases with badass female characters to add to your TBR list:The Ninth House by Leigh Bardugo, Fireborne by Rosaria Munda, Beyond the Black Door by A.M. Strickland, Into the Crooked Place by Alexandra Christo, and Realm of Ash by Tasha Suri

Related: 4 witchy YA books to get you ready for Fall, Fierce female characters who own their mental health in books