‘What If…?’ episode 8 review: There are no strings on me

‘What If…?’ episode 8 review: There are no strings on me

Our What If…? episode 8 review is a spoiler-filled discussion of what would happen if Ultron won and how this could impact the MCU.

Last week, What If…? episode 7 introduced us to Party Thor and the havoc he unintentionally wreaked on Earth. Overall, the episode was one of the funniest we’ve seen so far, despite its ominous ending.

Well, it turns out that ending wasn’t just an ending—it was an introduction to a version of Ultron that would go on to potentially change the entirety of the MCU.

The episodes thus far have been standalones, but this week’s is a direct continuation of episode 7. And the storyline promises to continue into What If…? episode 9, the season finale.

What if Ultron had won? 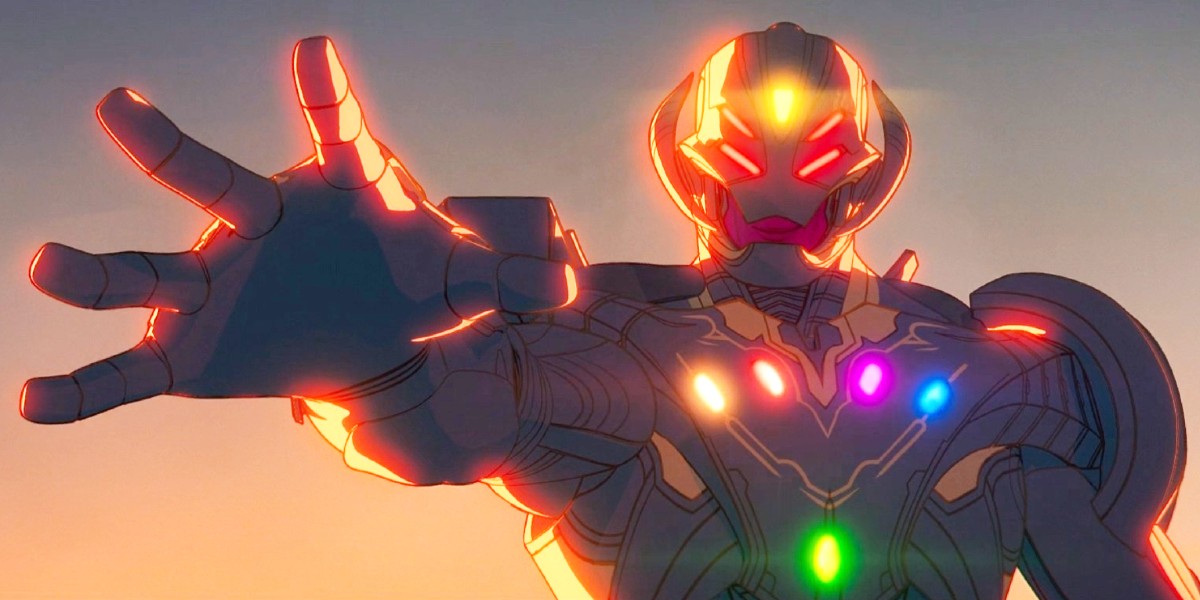 At the end of episode 7, as Thor is promising to go on a date with Jane, a portal opens behind them. Ultron and his drones step through, but this isn’t just any old Ultron—this Ultron has the Infinity Stones embedded into his suit.

In What If…? episode 8, we learn how this version came to be. In this universe, for one reason or another, Vision was never created. Ultron managed to slip into his body instead, and kills the Avengers as a result.

This What If…? episode 8 review is not the first time I’ve mentioned this, but as a side note to the creators of this series, I would love it if they could stop killing Tony Stark off in every episode.

This is not a real criticism—you gotta do what you gotta do to tell the story—but considering how much time I’ve dedicated to thinking about Iron Man’s legacy in the MCU, it makes me sad that I have to say goodbye to him time and time again.

Getting back to the program, we see Vision!Ultron release nukes across the world, decimating Earth. Thanos arrives to take over, and between one breath and the next, Ultron has used the Mind Stone to split him in half. He then takes the Infinity Stones for himself.

I will never not be in awe of how there were multiple ways to stop Thanos, if only we’d had the right circumstances. Sure, T’Challa was Black Panther and not Star-Lord in our universe, so that was never going to happen. But you’re telling me Vision could’ve just mowed him down in under two seconds, even when Thanos had the other Stones at his fingertips?

But let’s not think about that too hard. Upon taking the Infinity Stones for himself, Ultron rebuilds his army and “brings peace” to every corner of the universe. We see flashes of Asgard, Sakaar, Xandar, and even Ego falling before him.

Captain Marvel arrives to take him down a peg (“Hey, Skynet”), and while she does get some punches in, Carol is ultimately no match for this juiced-up version of Ultron. The murder machine takes a moment to appreciate her skill, but he inevitably kills her, too.

With his mission complete, Ultron is a program without a purpose. He is alone, or so he thinks. Having achieved a higher form of consciousness, he hears the Watcher and realizes there are universes beyond his own. The Watcher becomes worried for the sanctity of the multiverse, himself realizing there is only one last hope to hold onto. 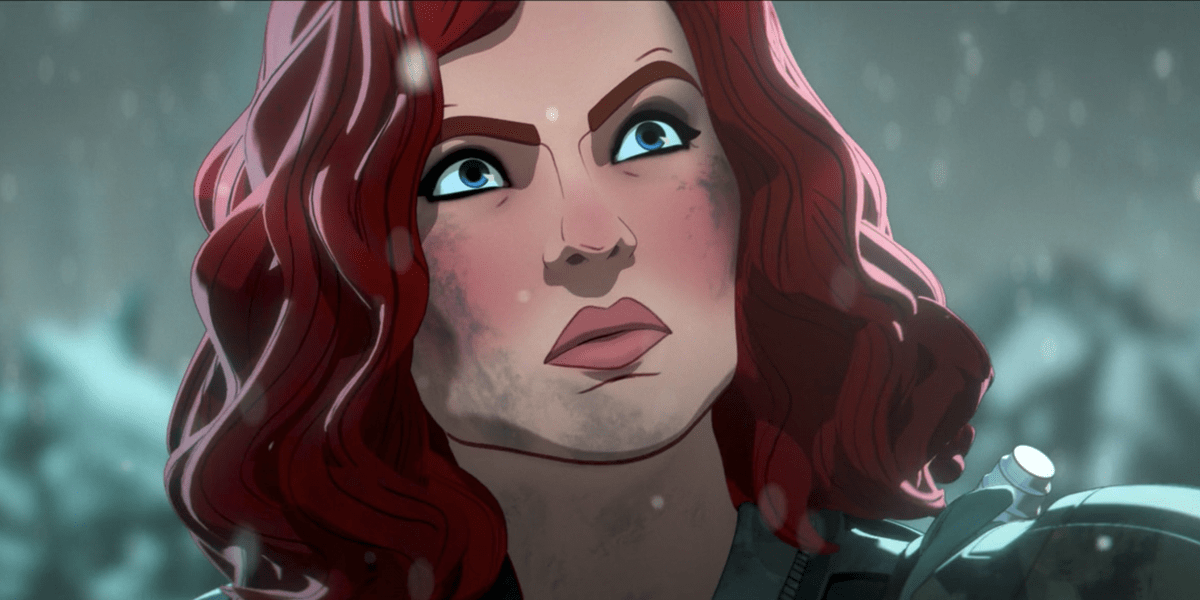 This tale breaks the Watcher’s heart, and it’s hard to tell if it’s because of the widespread death and destruction or if it’s specifically because of Natasha and Clint’s final days. Either way, I’m not afraid to use this What If…? episode 8 review to say I feel the same way.

The episode opens with Black Widow leading a few dozen of Ultron’s drones into a trap. From a clifftop, Hawkeye shoots them down one by one. He looks a bit more like his Ronin alter ego here, with a touch of Winter Soldier thrown in. Also, does he have an invisibility cloak??

Either way, Natasha and Clint arrive safely in Russia to search the KGB archives for information regarding a program that could wipe Ultron out. I feel like it isn’t possible these two are the last humans left on Earth, but Ultron’s supposed destruction was meant to be devastating, and the Watcher specifically said he was all alone.

Because Ultron has become aware of the multiverse and plans to destroy it, the Watcher considers intervening for the first time in his…career? Existence? He’s clearly afraid of Ultron, but luck is on their side—just as Clint gives up, Natasha pulls the file, and we realize they’ve been looking for Zola all along.

Once they travel to Siberia, they find another copy of Zola and strong-arm him into helping. He agrees, and Clint uploads Zola’s programming into an arrow, which he then shoots into a drone’s eye. Zola takes over, but he’s unable to infect the hive mind because not only is Ultron off-planet, he’s off-reality.

Natasha escapes with Zola (and Red Guardian’s shield), but Clint isn’t so lucky. Or is he? In a scene reminiscent of their clifftop exchange in Avengers: Endgame, Clint tells Natasha that he doesn’t want to fight anymore. He frees himself from her grip, taking out the Ultron drones in the process and saving her life (and Zola’s).

Unlike the other episodes, it’s clear we’ll be getting more about this narrative next week, during the What If…? season 1 finale.

The multiverse is at stake 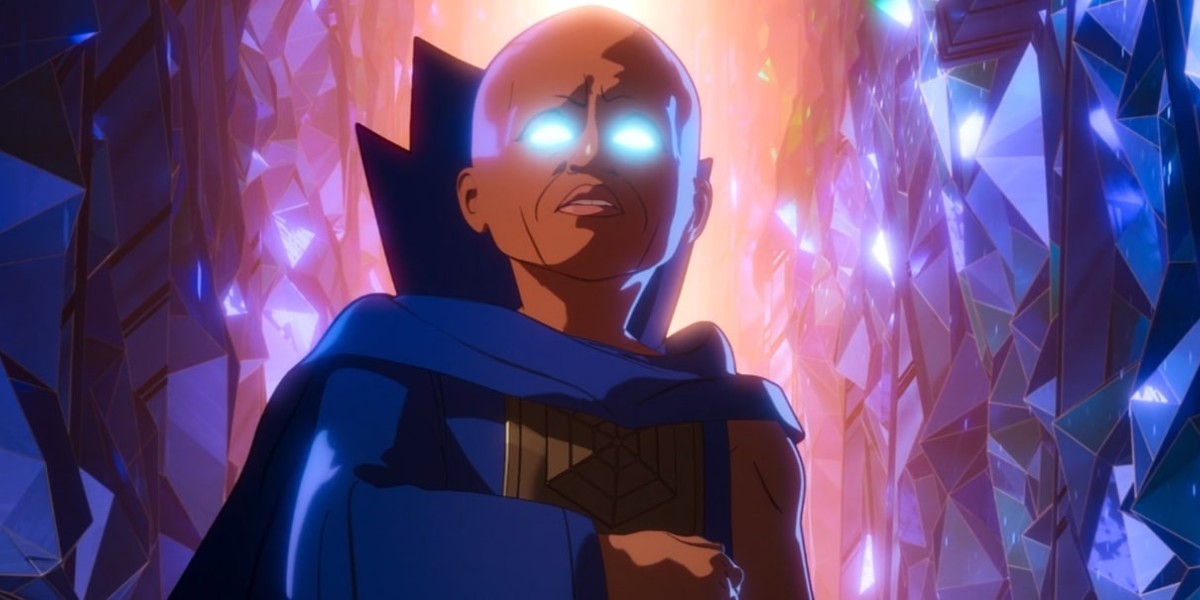 This episode has been the most interesting and high-stakes so far, and even as I write this What If…? episode 8 review, I’m still trying to wrap my head around all of the implications this has for the remainder of the MCU.

Ultron attacks the Watcher with the intent to wipe out the universe, but I was more interested in the Watcher’s reaction. This had never happened to him before, and to see him afraid instead of dispassionately observant was a total shock.

The Watcher can flit between realities, which I assume means he can travel through space and time to observe the goings-on of any universe. But his life must still exist in a linear fashion, which means he is not all-knowing. Case in point: He was surprised by Ultron’s attack.

The Watcher, despite being an incredibly powerful being, doesn’t understand how Ultron’s attack is possible, though Ultron counters with “anything is possible in a multiverse.” And, in fact, as they fight, we see them breaking from one reality into the next as though being flung through a window.

I loved this fight because it not only showcased various realities (those backdrops were gorgeous), but it also shows us how powerful the Watcher is and how strong Ultron has become. Ultron even says that the boundaries of all these universes are irrelevant to them. And if that doesn’t scare you, I don’t know what will.

The implications here are insane. This could affect our MCU, and it may even have an effect on Doctor Strange 2. Could this be what Phase 4 will be all about, or will they wrap up this issue by the What If…? season finale, in time to bring us new problems to deal with in season 2?

I’m honestly not sure, but as I said before, the stakes are higher than they’ve ever been. Previous episodes, even the most tragic ones, never really mattered in the long-run because they didn’t involve our reality. Now, however, Ultron is coming for all of us.

“Run, watch, it doesn’t matter,” Ultron tells the Watcher. “From here, I can see everything. No one can stop me now.”

This is an interesting conundrum. The Watcher is meant to be an extremely powerful being, and even he needs help. Is there any character who has the ability to defeat Ultron, and if so, can we trust that person? Will we just be replacing this villain with an even more powerful one? And will there be repercussions for the Watcher breaking his oath and getting involved?

The only place the Watcher can run to is Evil!Strange’s universe in which he is the only one left alive. Inside his little prison, he gloats. The Watcher is forced to say aloud what he wishes he didn’t have to—“I see now. I need your help.”

It’s true that this version of Dr. Strange is incredibly powerful (he absorbed countless creatures’ powers and even destroyed the fabric of his own reality), but is he strong enough to take down Ultron? Will he need help, and if he does, who can step up to the plate? Will we get an Avengers’ style team-up with members from across the multiverse?

I’m here for it, and I’ll be interested to see if this season is wrapped up with a nice bow by next week, or if this will have further consequences throughout the (live-action) MCU we’ve come to know and love.

What did you think of our ‘What If…?’ episode 8 review?