Last week on What If…? episode 5, we saw what happened if the Avengers were turned into zombies. It was a pretty spectacular episode, and paid homage to some comic book source material.

This week, we see plenty of major deaths, though no one returns from the grave. Tony Stark gets to stay alive a little longer than he has in the last couple episodes, but even he’s doomed to meet his fate one way or another.

I liked this episode because it didn’t change Killmonger’s character, just the circumstances under which he carried out his plans. It didn’t take him long to move his chess pieces across the board, and even though I don’t agree with his actions, I can’t help but respect his intelligence and ferocity.

At least the ending gave us some hope for a better future. 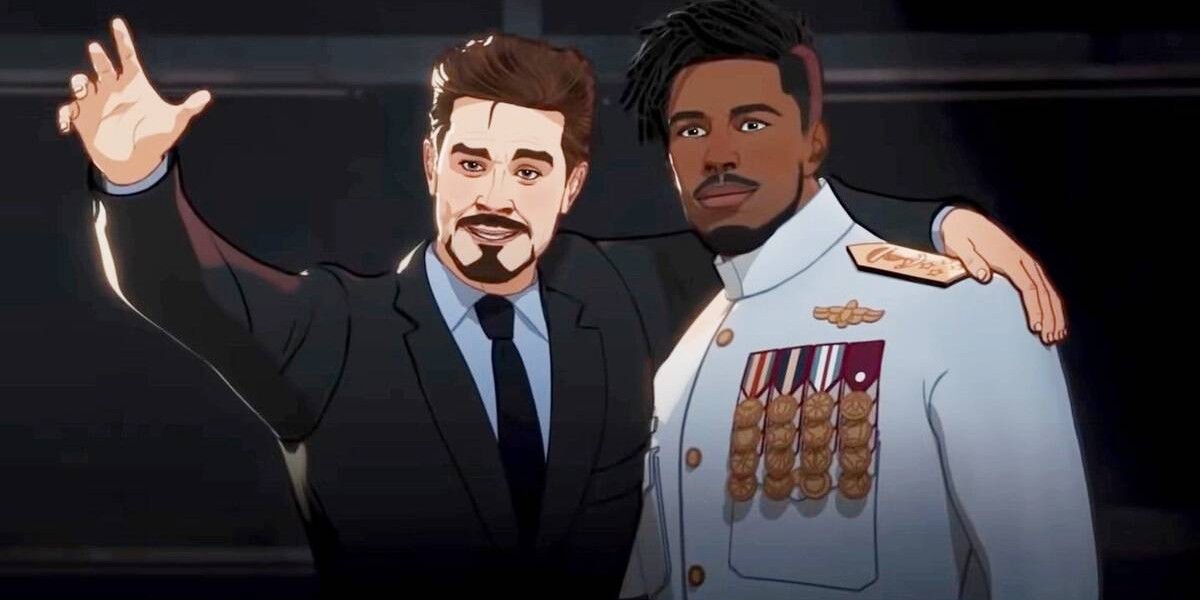 The premise of this episode is pretty straight forward, so I won’t spend too much time talking about it in this What If…? episode 6 review. Basically, instead of getting blown up by his own missile, Killmonger saves Tony’s life.

Unfortunately, this has a major impact on just about everything going forward. First and foremost, Tony didn’t learn the lesson he should’ve learned after getting kidnapped in the Kunar Province of Afghanistan. Instead, he doubles down on his weapons manufacturing. Bigger stick, and all that.

As a reward for saving his life, Erik Stevens is promoted to COO of Stark Industries, and before the press conference is even over, Killmonger outs Obadiah Stane as the one who was selling weapons to the enemy in the first place. He’s immediately taken down.

So, that’s two bullets dodged for Tony Stark. Part of me is glad he didn’t have to go through those trials and tribulations, but the other part is sad because this is not the Tony I came to love over the years. Sure, he’s as charismatic as ever, but he’s missing his humanity.

This is fortunate for Killmonger, at least, because he’s playing a game Tony isn’t even aware of at the moment. Offhandedly, Erik mentions his doctorate thesis, called Project Liberator, which essentially explored the benefits of using suits piloted by drones instead of people (think Justin Hammer’s little experiment).

The only problem is that Erik could never crack the interface. Of course, Tony only sees this as an opportunity to return the favor he owes the man who saved him, and so they work on building the drone together. He thinks building a mini arc reactor would be dumb (ha!), so Erik suggests using vibranium as a self-sustaining power source.

That’s where Ulysses Klaue comes in, and despite Pepper’s reservations, Tony sets up a meeting, using Rhodey as an intermediary. At this point in time, I’ll admit that I was hoping Killmonger had something else in mind for all this vibranium and we’d get out of this unscathed. Unfortunately, I was wrong.

A difference of opinion 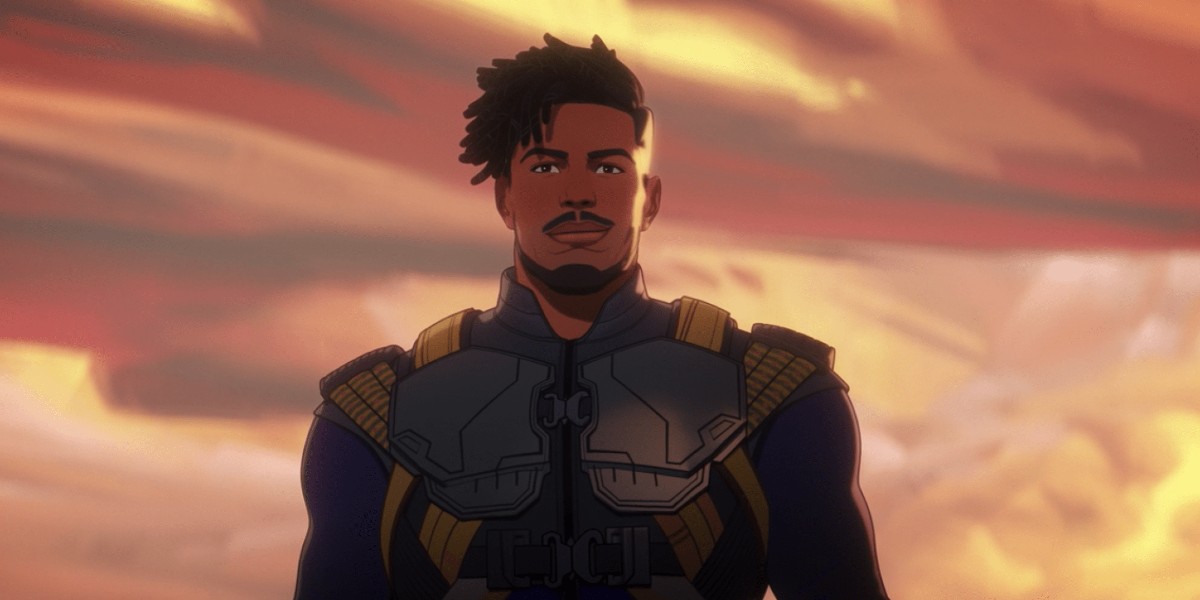 During the meeting with Klaue, Rhodes is about to finalize a deal for his stock of vibranium when Black Panther attacks. T’Challa has no quarrel with Rhodes, but Killmonger chooses that moment to betray them both. He kills Black Panther as though it were as easy as breathing. Then he turns on Rhodes.

“Why wear the uniform of your own oppressors?” Killmonger asks.
“Kid, you’ve got to be part of the system to change the system,” Rhodes replies.
“Nah,” Erik says. “You can burn it down.”

Killmonger uses T’Challa’s claws to kill Rhodey, and just like that, the deed is done. There’s no hesitation, no flinch, no remorse, even after he places the sonic taser in Rhodes’ hand to make it look like they killed each other. Klaue sums up my thoughts exactly: “I would not want to play chess with you, my friend.”

It’s true, both Erik and Tony are orphans who just wanted to make their dads proud, but where Tony had money and privilege, Killmonger had to fight for everything he wanted. His experience as a Black man in America is nothing like Tony’s experience as a white man, and as a result, they see the world very differently.

Just like in Black Panther, it’s hard to blame Killmonger for seeing the world as he does. You know why he feels this way, and why he believes—in his heart of hearts—that burning down the establishment is the only way to wipe the slate clean.

But in What If…? episode 6, he gets a very different result than he did in the film. 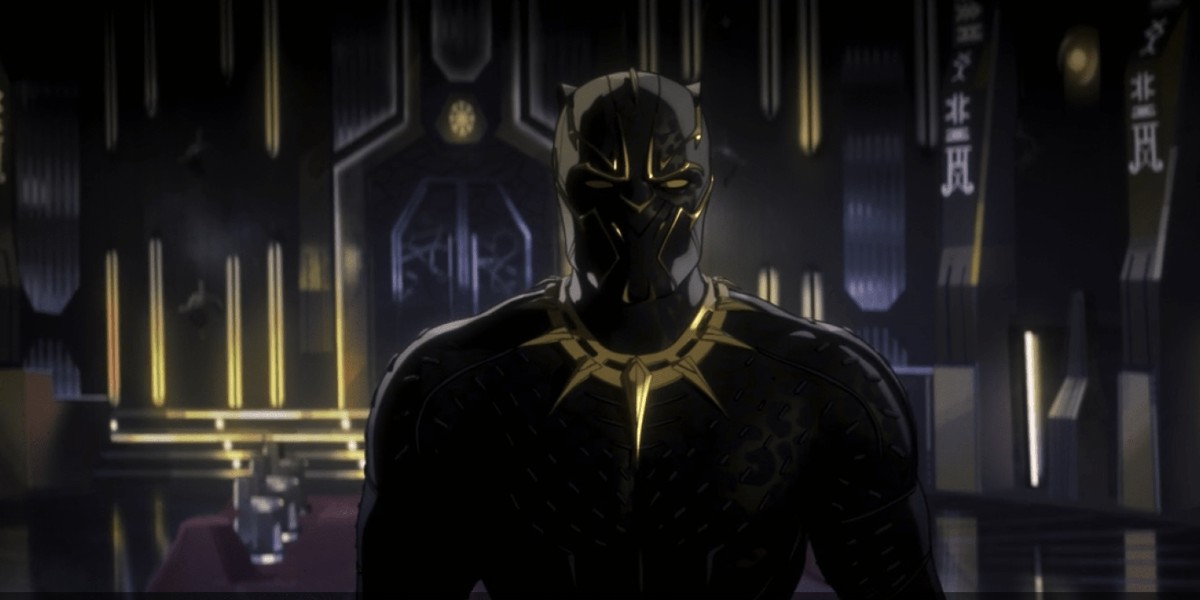 Erik has successfully pitted Wakanda and the United States against each other, and after Tony’s death, General Ross uses the Patriot Act to take over Project Liberator. He puts the drones into production, despite Pepper’s protests.

Meanwhile, Killmonger kills Klaue and brings him to Wakanda to prove his loyalty. This part plays out much like it does in the movie, but I have to admit I missed the “Hey, Auntie” line when Erik’s true identity as N’Jadaka was revealed.

But there’s no time to waste! Erik warns them that war is on their doorstep, but that he’s got a plan—if they let the drones through the barrier and then close it again after them, it’ll cut off their links to Jarvis’ AI, and they’ll be dead in the water.

While this does initially work. Erik turns them back on with a click of a button, though they’re not connected to Jarvis anymore. He then battles side by side with the Wakandan warriors to defeat them all. (Side note for this What If…? episode 6 review: General Ramonda is a badass, and I would gladly lay down my life for her.)

Despite all the variables, Killmonger’s plan is coming together beautifully, and after proving his worth in war, he is given the mantle (and the power) of the Black Panther. T’Challa meets him in the Ancestral Plane and tells him that his deeds will catch up to him eventually.

Indeed, his downfall comes from an unlikely alliance. Shuri shows up in Pepper’s office with proof that Killmonger is behind everything, and the two of them vow to show both countries who this man really is. While the episode does end there, it’s enough to give you hope that Killmonger will face justice in the end.

What did you think of our ‘What If…?’ episode 6 review?