Our What If…? episode 5 review discusses every minute of the MCU’s take on the zombie apocalypse.

Last week, What If…? episode 4 showed us what would happen if Christine died in a car crash. Dr. Strange still gained his powers, but he also went to great lengths to bring her back to life—at the expense of everyone else’s existence.

This week, Marvel shows us what would happen if the Avengers became zombies, and the episode certainly did not disappoint. Many of our favorite heroes became villains, and we got to see how the remaining superheroes dealt with having to fight their friends.

Not only was this week’s episode a cool thought experiment, but it offered a lot of insight into several of these characters, including Hope, Bucky, and Peter. As tragic as the story was, it found a way to keep the hope alive (just, you know, not that Hope). 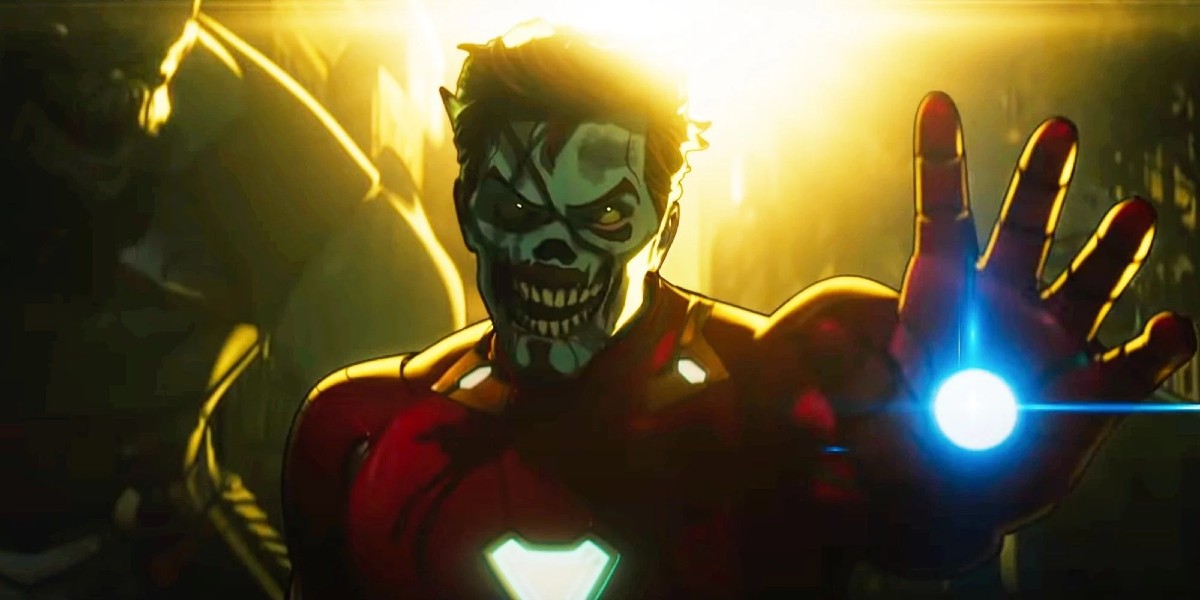 I have to admit that aside from the Captain Carter episode, I was most excited to write this What If…? episode 5 review because I love a good zombie apocalypse. As difficult as it would be to see our favorite heroes join the undead, I thought it could end up being a pretty cool story.

And I wasn’t disappointed!

The episode begins along the same timeline as Infinity War, with Bruce Banner dropping to Earth to warn the Avengers that Thanos is coming. But when he comes to, there’s no one there. Proxima Midnight and Corvus Glaive show up, and it looks like it’s all over before it even began.

But then Strange, Wong, and Tony Stark show up on the scene—only, there’s something terribly wrong with them. Most zombies are just shambling monsters, but the Avengers get to rely on their powers. Still, it was pretty cool to see Zombie!Iron Man zipping around like that.

Just as Bruce thinks it’s over for him, the Wasp and Spider-Man come to his rescue. It’s nice to see Hope alive and kicking after the events of episode 3, and our remaining heroes are lucky to have such a competent fighter on their side.

Bruce, who’s been away from Earth for a solid two years, doesn’t know who any of these people are, but they seem nicer than the zombies. And once they escape immediate danger, he learns how the apocalypse came about.

In this reality, when Hank went to save his wife Janet from the quantum realm, she had already contracted a disease that turned her into a zombie. She immediately attacked her husband, and when they returned to their own realm, they spread the disease like wildfire.

Hope might’ve escaped her parents’ fate, but Scott wasn’t so lucky. And because Hank could shrink to such a small size, it wasn’t difficult for him to infect the Avengers. After that, the rest of the world didn’t really stand a chance.

So you wanna survive the zombie apocalypse 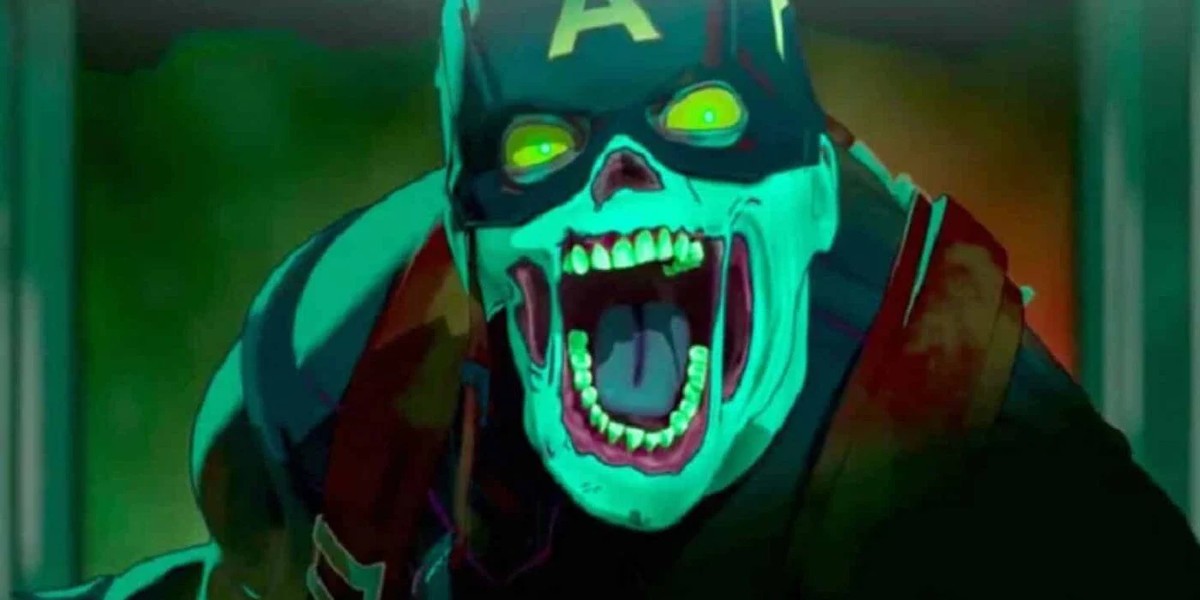 Peter gives us a glorious presentation called So You Wanna Survive the Zombie Apocalypse, which managed to not only show Bruce how to stay alive, but also introduces us to all the remaining players. (Side note: Was that a Mutant Enemy reference?)

The current team consists of Happy, Kurt, Bucky, Sharon, and Okoye. The best way to stay alive is also to wear long sleeves (and, uh, armor) and to mask your body odor. But mostly it’s also about having powers and getting lucky.

I have to admit that Bucky really steals the show during his scenes, and I found him to have some of my favorite parts of the episode. There’s just something about his Winter Soldier brooding that’s both tragic and hilarious. He’s coping, but just barely.

This What If…? episode 5 review would be a complete fabrication, however, if I said Peter wasn’t my favorite part of this whole scenario. Despite Tom Holland not voicing Peter this week, I found Hudson Thames captured his sweet innocence and unyielding positivity perfectly. He really was the heart of the whole episode.

But nothing is easy in the zombie apocalypse, even with a sunny disposition. The team gets a corrupted signal that says someone may have found a cure, so they head to Camp Lehigh to investigate. There, they run into the zombie versions of Hawkeye and Falcon.

Happy gets bitten, and Sharon does her best to break free of the situation. Okoye cuts Sam in half (hot dog style, not hamburger), which is not an easy pill to swallow. Then again, if Scott can survive his condition, maybe Sam can, too.

Bucky knows he should be sad but isn’t, and I have to wonder if this is a play on their combative banter or if he’s really just dead inside at this point.

Either way, the team escapes, but as they get closer to their destination, they run into Captain America. Sharon succumbs, and Bucky must kill his best friend. “This is the end of the line,” he says, using the shield to cut him in half (hamburger style, not hot dog).

But the situation gets worse, as Hope was cut when she killed Sharon. Despite the other characters turning rather quickly, she gets to provide them with some closure and ultimately save them all. 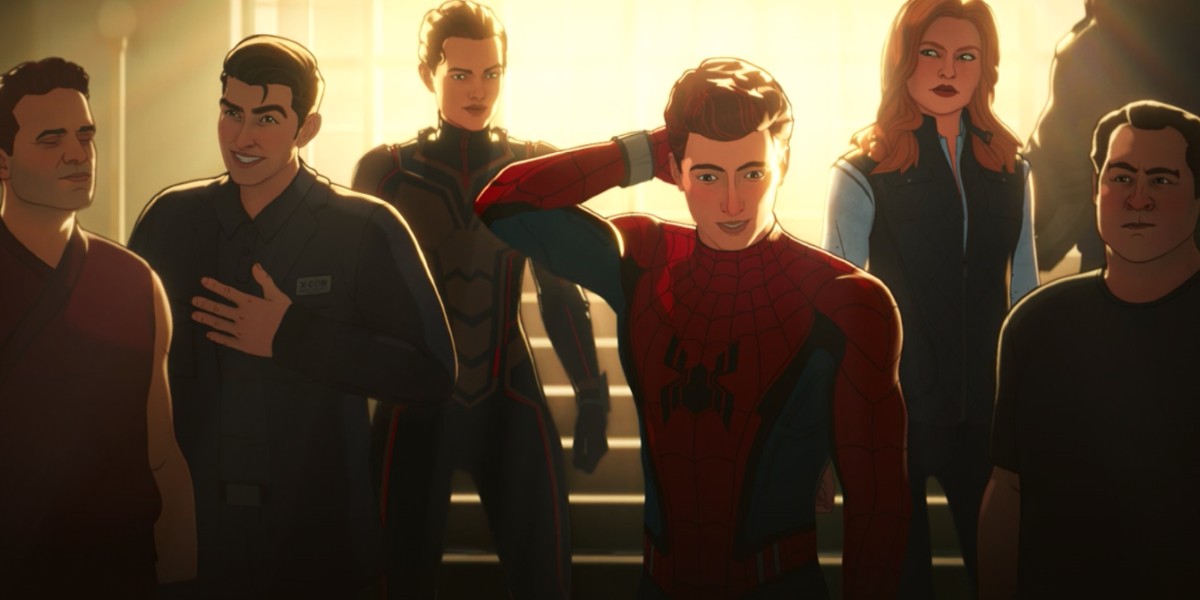 The true heart of this What If…? episode 5 review is Peter’s positive attitude. As much as he’s struggling to keep his hope alive, he knows he’s fighting for the people he’s lost. Wasp takes comfort in that, and she does her best to resist the change until she’s able to grow large enough to walk them into Camp Lehigh.

Unfortunately, they have not found their salvation. Even though Vision’s Mind Stone can keep the zombies at bay and he’s managed to reverse Scott’s condition (who’s now giving us MODOK vibes), he’s also set the camp up as a trap. Bucky discovers T’Challa, as well as the zombified version of Scarlet Witch. Vision’s been keeping her alive by feeding her humans because she’s been resisting treatment.

It really goes to show you how deeply Wanda and Vision love each other, doesn’t it? Wanda was willing to take an entire town hostage to keep him alive, and Vision was willing to sacrifice his friends to do the same. I’d say it’s a beautiful sentiment, but it really is pretty unhealthy for everyone involved.

Luckily, Vision comes to his senses, providing them with the Mind Stone and telling them where the quinjet is hidden. All they need to do is escape to Wakanda where it’s safe, and then they can use the satellites to broadcast the Mind Stone’s power across the globe.

Unfortunately, Kurt and Okoye are killed in the escape, and Bucky is thrown into the throng of surrounding zombies. The only reason why the rest of the team makes it out alive is because the Hulk stays behind to fight. He seems resistant to zombie bites, and he can at least distract Wanda long enough for the plane to take off.

Despite Giant Zombie!Hope doing her damnedest to hold them back, Scott, Peter, and T’Challa make it out of there. Perhaps they can reverse the apocalypse before anymore damage is done.

Or perhaps Zombie!Thanos will snap his fingers before they even get the chance.

What did you think of our ‘What If…?’ episode 5 review?