Last week, on What If…? episode 3, we saw what happened when the Avengers were killed off one by one. It was nice to see Black Widow in action, and Nick Fury is always a good time, despite the circumstances.

This week, Marvel puts a spotlight on the character of Dr. Strange. The episode begins on the night he was meant to lose his hands, but instead of being alone in the car, he’s with Christine. That, of course, is the one factor that changes everything.

Similar to episode 2 where T’Challa becomes Star Lord, this one feels as though the consequences of one person’s actions stretches across the entire universe. In Dr. Strange’s case, it also stretches across all of time.

‘What If…’ episode 4 review

There’s no getting around it 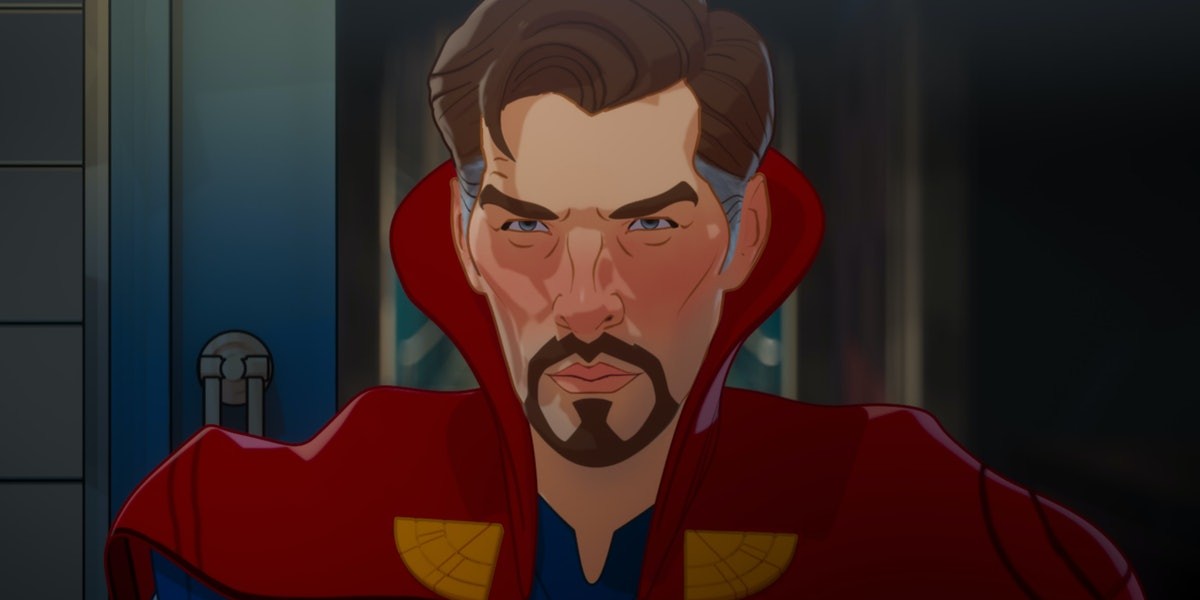 In this universe, the death of Christine is the catalyst for Strange’s exploration of the Mystic Arts. It takes him two years to master his new abilities and decide to use the Eye of Agamotto to travel through time in an attempt to change the course of history.

But even with knowledge of the event, the same thing happens. Over and over and over again. Each time he goes back, he tries something new. And no matter what he does, Christine dies.

In this reality, if Christine doesn’t die, then he never gains his powers and is never able to go back in time to fix it. These are the kinds of stakes that are fun to talk about in an article such as this What If…? episode 4 review.

Of course, Strange knows nothing is impossible. The Sorcerer Supreme is forced to stop him, but Strange flees into the past, looking for the lost library of Cagliostro.

The point of no return 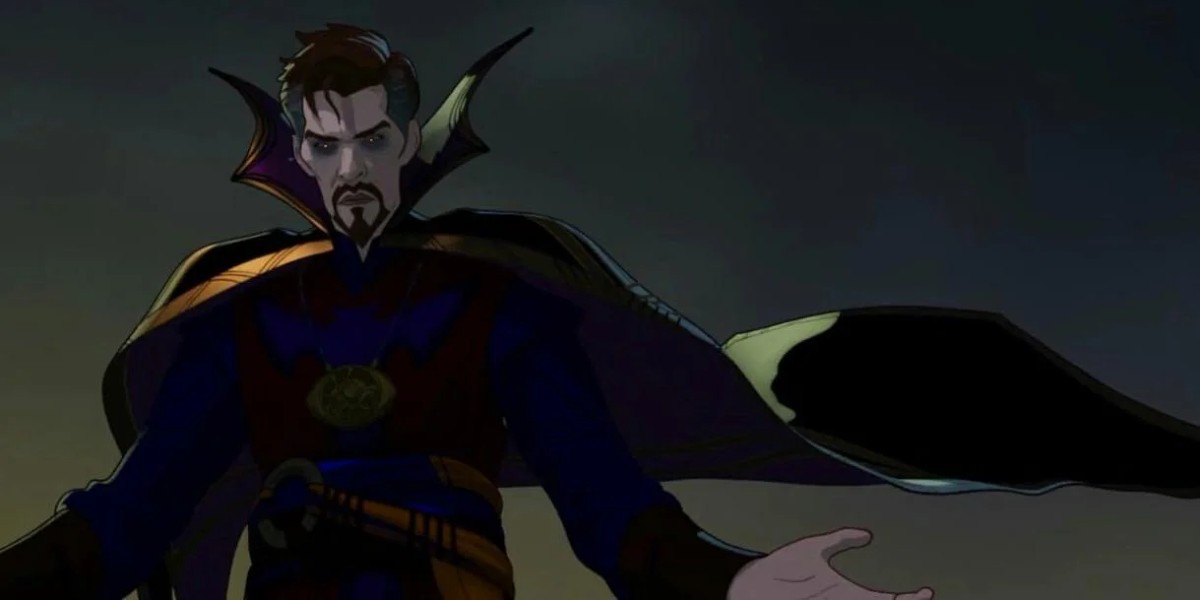 There have been rumors that Cagliostro was able to break an Absolute Point, and so Strange visits the library and reads as much as he can about the process. He’ll need a lot of power, he learns, and the only way to get it is to absorb other beings.

As usual, Strange’s arrogance gets the best of him. He tries to take on a mystical being that looks an awful lot like the tentacle monster from Captain Carter’s episode. But when it kicks his ass, he’s forced to start smaller, despite warnings from his new friend O’Bengh that, “Love can break more than your heart. It can shatter your mind.”

If there was any line that deserved to be in this What If…? episode 4 review, it’s that one.

Strange ignores the advice and starts with a creepy looking gnome. Then steals a cape from a cockroach, and absorbs a bird. Then a dragon. And so on and so forth until he faces the tentacle monster once more. He absorbs this with ease, though the whole process looks less than pleasant.

This, apparently, took centuries. And while Strange froze himself in time, the rest of the world carried on. His friend, O’Bengh, is on his deathbed, and though Strange offers to reverse the aging process, the old man stops him. This is the way of life, even if Strange can’t accept that. 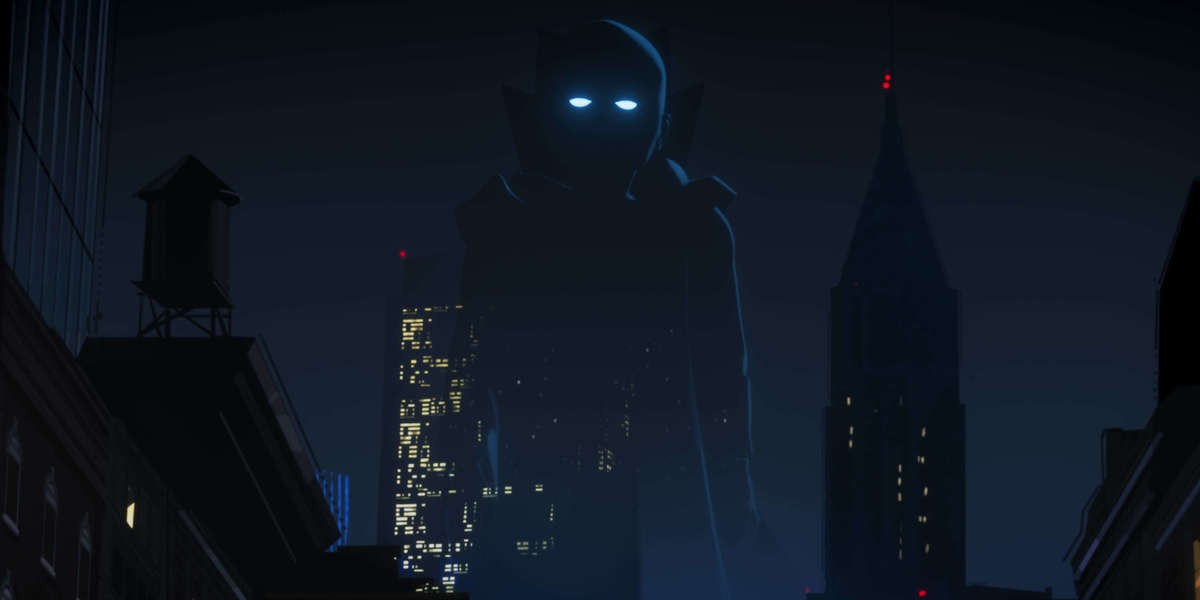 We get a glimpse of present-day Strange deciding to have a cup of tea with Wong instead of go into the past. The Sorcerer Supreme visits him as an echo of her past, since she’s dead, to tell him that when the other Strange traveled backwards, she split the timeline—half of him went looking for answers and half decided to move on.

And yes, allowing for two of his possible timelines to exist in the same universe is incredibly dangerous and stupid. But what other choice did she have?

Just as Wong provides Strange with some powerful protection spells, his worse half captures him from inside the mansion. This other Strange even looks like an evil twin, with a sharp goatee and everything. It’s a little silly, but soon we find out just how dangerous he is.

Evil Strange has been warped by the power he consumed and the creatures he murdered to obtain that power. The last step in the process is to absorb his other half. Only then will he have enough power to save Christine.

The good Dr. Strange knows he can’t let this happen, as much as he misses the woman he loved. The two fight, and the encompassing battle is pretty spectacular. Between the light show and the way they depict Evil Strange defeating Good Strange’s protections spells one by one, this might be one of my favorite sequences so far, so I had to include it in this What If…? episode 4 review.

But Good Strange’s rebellion ends in defeat, and his evil twin absorbs him. Together, they bring Christine back to life, but Strange looks nothing like himself. She gets one good look at him, and panics. Then the fabric of reality starts breaking down.

Strange asks the Watcher to help, and this is the first time any of the characters in the What If…? series has acknowledged his presence. Stephen thought he heard him earlier in the episode, but now, they’re holding an actual conversation. Given all the knowledge Strange has absorbed, it’s no wonder that he knows about this being.

But the Watcher will not intervene, even as everything around him melts from existence. Strange is able to hold off the effects for as long as possible, but even Christine fades and the universe is gone.

What did you think of our ‘What If…?’ episode 4 review?