Westworld season 3, episode 5 takes us deep into Serac’s backstory, gives him a worthy adversary, and introduces another major mystery to the show.

After last week’s major reveal, this week’s episode of Westworld feels a bit like when you release a drawn out exhale after a sharp, shocked intake of breath.

It’s a much slower episode, despite having some of the bigger action set pieces of the season, and an episode whose goal is to provide backstory on Serac and push the main narrative of Westworld season 3 forward.

It’s not a disappointing episode on its own at all, but I have to admit that it was somewhat disappointing in terms of what I was hoping to get from it.

After learning about the four Dolorii (the DoFourus, if you will) and watching William get completely owned by Halores (the Dolores-in-Charlotte host) and committed to a mental institution, I expected this episode to unpack that first revelation and continue its winding road with whatever William’s storyline will be.

However, we see from neither Charlotte, Maeve, or Musashi in this episode, nor do we know what’s going on with William at this moment in time.

Instead, the episode takes us into the past with Serac, while putting into play the first step of Dolores’ master plan — though what the final goal of that plan is still deliberately hidden from sight. 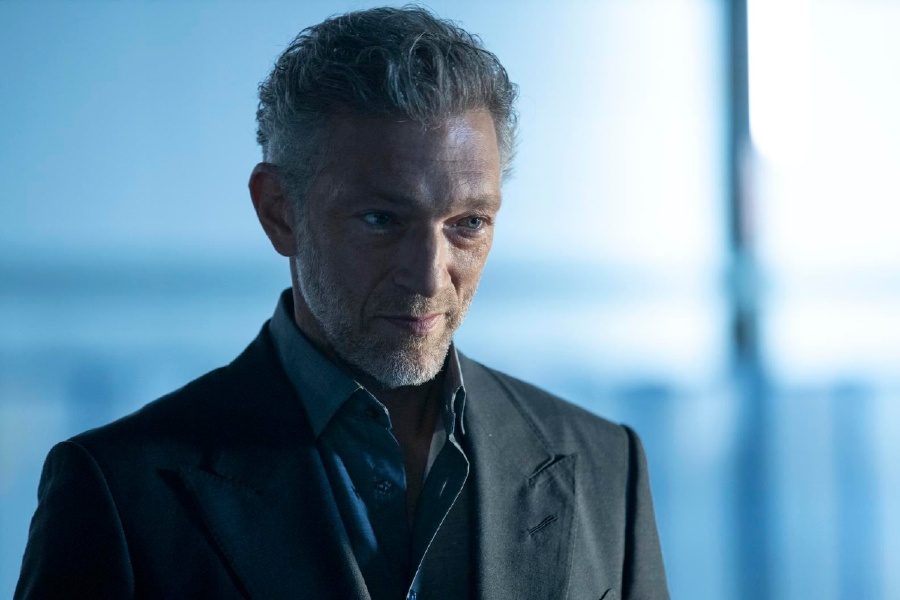 Up until now, Serac has been somewhat of a black hole character to us — we see the way in which he impacts and influences the characters around him, but there’s very little about him that we know.

This changes with this week’s Westworld, which expands on the tantalizing peak into Serac’s history that we saw last week — the destruction of Paris by some kind of thermonuclear event.

Last week’s episode gave us a glimpse of Serac’s brother, with this one showing us just how integral of a role he played not only in Serac’s own life, but in the creation of Rehoboam.

Both Serac and his brother were brilliant, responsible for the creation of Rehoboam, but it was Serac’s brother who allowed the computer to become truly unique.

This is similar to the roles of Arnold and Ford in the creation of Westworld. Though it was Ford whom we considered the face of Westworld, it was really Arnold’s brilliance that made the park what it was. And just like Arnold, so too was Serac’s brother taken out of the equation early.

Both Arnold and Serac’s brother were in sui generis — of their own kind — and that uniqueness eventually became the cause of their death. Arnold took himself off the board, while Serac was the one to remove his brother.

I mentioned last week that Serac gave off big Adrian Veidt (of Watchmen fame) vibes, but it turns out that I was really underselling him.

Both men are driven to megalomania, but while Veidt attempted to unite the world once and be done with it, Serac believes that the world can only succeed if he continues to interfere.

It’s an extreme level of megalomania, one that drove him to either kill or confine the outliers who couldn’t be predicted — including his own brother. But what makes Serac — like Veidt — an interesting antagonist is that he truly believes what he’s doing is correct.

I get the impression that if you put the two together in a room, Serac would simply believe that Veidt just hadn’t gone far enough. 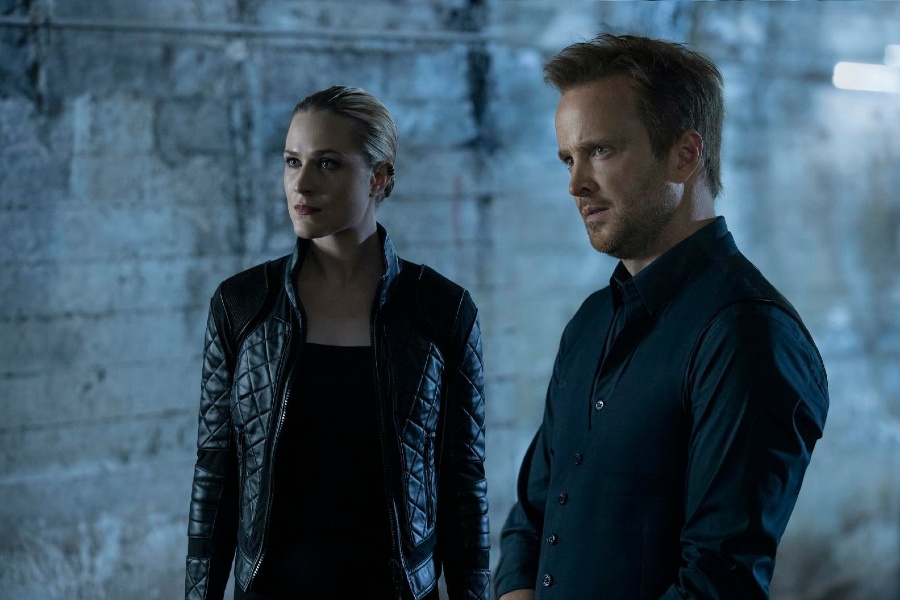 We don’t see too much of the other Dolorii in this episode of Westworld, as most of our focus gets placed on the central Dolores and her exploits with Caleb.

Two interesting things happen with these two (along with the fun conceit of witnessing the storyline through five different “genres,” thanks to the party drug that gets injected into Caleb’s bloodstream in the beginning of the episode): The first being step one of Dolores’ plan, and the second, introducing the mystery of Caleb.

We don’t know the entire shape of Dolores’ plan so far for this season of Westworld, and though it seems very geared towards freeing the human race — or taking them off their loops, as Bernard says in the episode — I continue to have a difficult time believing that her end goal is that altruistic.

For now, though, we watch as she releases everyone’s profile to them. I found this to be particularly fascinating, because while I believe it was necessary, it was also unimaginably cruel.

One of my favorite lines from Patrick Rothfuss’ The Name of the Wind is: “It’s like everyone tells a story about themselves inside their own head. Always. All the time. That story makes you what you are. We build ourselves out of that story.”

And the story that we tell ourselves is not just about our past, but about our future. About who we truly are as a person and what we can one day be. And in that story, we get to be what we want. We get to give ourselves hope to be more.

What Dolores did, erased that story that we tell of ourselves, about ourselves, and replaced it with one that doesn’t care about us.

At best, the narrative she’s given to the world casts everyone as some ordinary, side-bit character instead of the hero. At worst, it paints them as a villain, beyond redemption and without hope.

It’s a wholly destructive revelation, something that Dolores absolutely knew and anticipated — and the reason why I don’t think she did it out of kindness for the human race.

The second big idea introduced in this episode is the fact that Caleb is not who we think he is, or who he thinks he is. There have been numerous callouts in previous episodes that Caleb is not really Caleb, but this one really hammers the point home.

When Liam looks up Caleb’s profile, he looks terrified, and tells him that he doesn’t even know who he truly is.

This episode also introduces the idea that Serac can “edit people,” and that outliers like his brother are often incarcerated so as not to throw off the programming of the world.

Given that — and the brief flashback of what seems to be Caleb being institutionalized — it seems likely to me that not only is Caleb not who we think he is, but he’ll give us insight into just what truly happens to those individuals whom Rehoboam can’t predict. 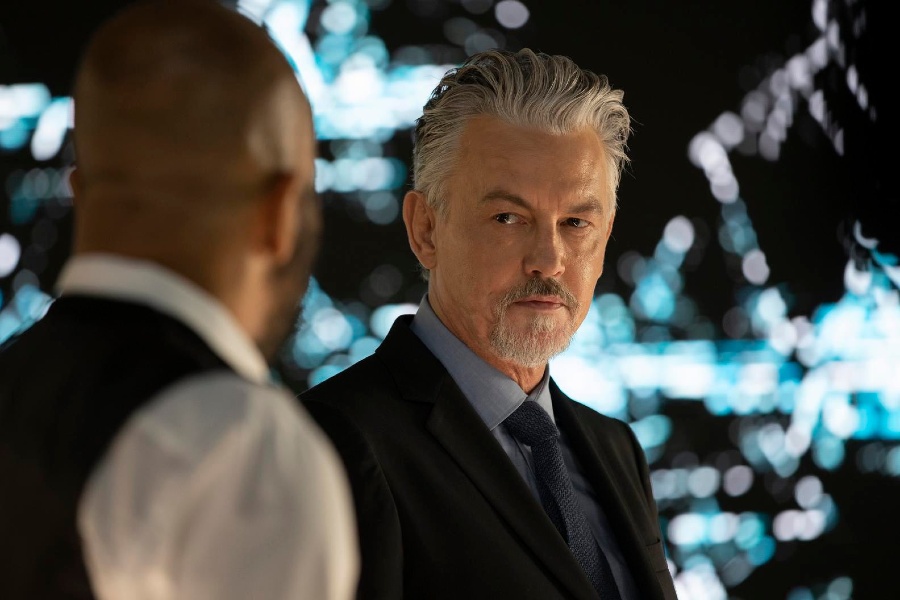 What did you think of ‘Westworld’ season 3, episode 5 ‘Genre’?