Which is why even though I would still name Westworld’s second episode “The Winter Line” (aka the Maeve-centric one) my favorite episode of season 3 thus far, I do think this episode is probably the best one.

The reveals in this episode make watching previous ones — especially last week’s stellar Tessa Thompson outing — more enjoyable, as you’re able to pick up on clues and hints in the writing that were previously hidden to you.

In fact, on the whole, this season of Westworld has done a much better job of weaving its mysteries into the storyline — not drawing them out for manufactured dramatic tension, but instead using them to further the plot and character arcs in a much more organic way than last season’s deliberately convoluted storytelling.

The episode also brings back Ed Harris’ William — always a welcome presence in any production — and uses his character to again introduce another mystery into the show, while also pushing the storyline forward in interesting ways.

“The Mother of Exiles” is a tightly written, compelling episode, one that weaves together most of its disparate storylines into a cohesive narrative, brings back one of the show’s most interesting characters and reveals one of the biggest ongoing mysteries of the season so far. In doing so, it reminds once again that when this show is firing on all cylinders, it’s one of the best hours of sci-fi on television.

Review of ‘Westworld’ season 3, episode 4 ‘The Mother of Exiles’ 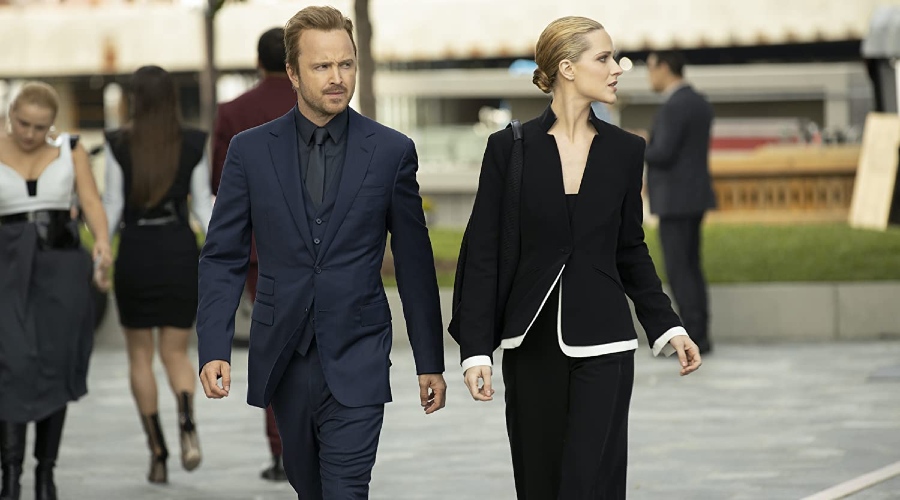 After keeping their stories and characters mostly separate for the last three episodes, this week’s episode of Westworld finally begins to weave together the stories of Maeve, Stubbs and Bernard, and Cal and Dolores as we begin our journey into the back half of the season.

Stubbs and Bernard continue their surprisingly light — for this show at least — buddy cop dynamic as they work to intercept Dolores, while Cal and Dolores suit up for their spy thriller storyline that involves stealing blood, stealing money and stealing away with Liam Dempsey.

Meanwhile, Maeve gets recruited — or perhaps coerced is a better way to put it — for the frontline of the humanity defense team by Serac, who enlists her help in taking down Dolores so Serac can get the key to Delos’ data and Maeve can get rewarded by going to host heaven to join her daugther.

The three storylines are woven together in expert fashion, giving us not only an interesting look at Serac’s backstory and his machinations, but revealing the major mystery of which pearls Dolores brought along with her off the island.

Which pearls Dolores has inserted into Charlotte, Connells and — as is revealed in this episode — Musashi has been the ongoing, major mystery this year, one which Westworld could’ve extended throughout the season.

I’m really glad it didn’t, though, as revealing that the pearls Dolores took with her off the island weren’t Teddy or Clementine (as I had initially predicted when I first watched these episodes), but were instead copies of herself, represents not only a major “HOLY SHIT!” moment for which Westworld is well-known, it also does really interesting things for the character of Dolores, her copies (the Dolorii?) and the storyline heading into the back half of the season.

That Dolores would only bring copies of herself to complete her mission — whatever that unknown mission truly is — isn’t all that surprising given everything we know about her. But is her decision to replicate herself born out of a tyrannical need for control — a sort of “if you want something done, you have to do it yourself” — or is it motivated by the desire to get as few people as possible killed, showing that Dolores has learned not only caution from the bloodbath of last season, but some measure of kindness?

And, as I brought up in last week’s review, what happens when the Dolores copies begin to diverge from their original personality? We saw Dolores tell Charlotte — Halores? Dolorette? — that she “belongs to her.” But Charlotte is experiencing a reality so different from the one that Dolores is living, and has seemingly rewritten her cornerstone — or at least a part of herself — to protect and care for Charlotte’s son, Nathan. What will happen once Dolores realizes that the pearls she brought with her off the island are no longer truly herself — and therefore, no longer hers to own? 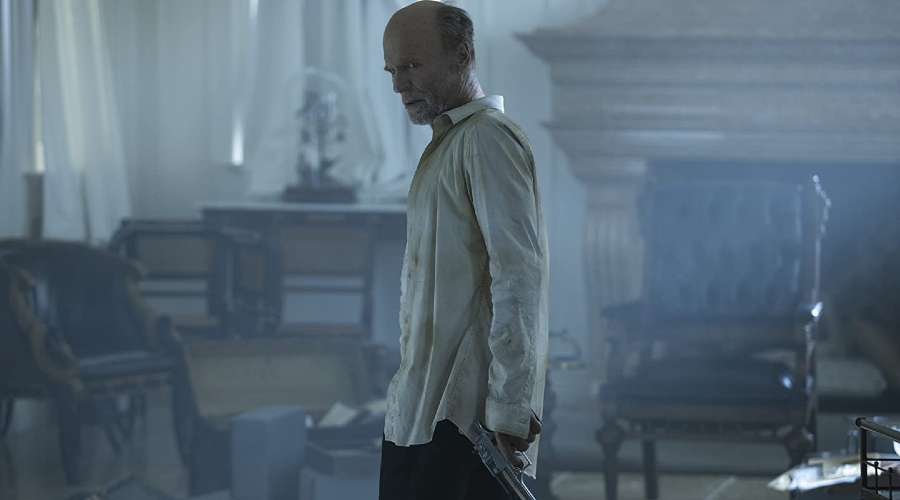 After a three episode absence, this episode of Westworld brings back William, beginning and ending the show with him.

We first see him in his — shall we say — natural environment, a home in ruin, the exterior of his life now reflecting the interior nature we’ve been privy to over the last two seasons.

We watch as William is haunted by the ghost of his daughter, whom he killed last season, and who asks him now whether he is “willing and evil or blameless and desperately enslaved.”

We don’t get an answer to that question in this episode, whatever William himself believes about himself and his choices. Instead, we get a pretty epic takedown of one of the most previously powerful figures in Westworld.

William began the show as a figure who was as much of a god to the hosts of Westworld as any of its programmers, knowing each and every part of the park and its inhabitants so well that he was able to easily use them for his own purpose and his own personal journey.

Season 2 was a slow, methodical breakdown of both that power and him as a man, as William was manipulated and buffeted by masters even more manipulative then he.

What we see at the beginning of this episode of Westworld is an almost complete breakdown of William, who appears to be a shell of the man he used to be. And though there seems to be a brief moment where he’s able to pull himself together, that, too, is stripped and taken from him through Halores/Dolorette’s machinations.

The erstwhile Man in Black with the vastness of Westworld stretched out before him ends up clothed in white, the starkness of a concrete mental institution starring back at him.

But even by himself he isn’t alone, as the voice and figure of his daughter transforms into the Dolores he once knew.

The continued presence of William’s daughter, Emily, and of Dolores — and the fact that Halores knew about them — brings up the question that William himself has been asking since the end of the last season — is he truly him? Is the William we see before the actual, human William, or has he been replaced by a host and just doesn’t know it yet? His visions of Emily and of Dolores seem to function as his conscience — a way for him to talk to himself, in the same way that hosts once talked to themselves and work to consciousness.

So just as Westworld gives us the answers to one mystery, it introduces another. While we now know the identity of the pearls that Dolores brought with her, the question of who William truly is now still remains.

And I can’t wait to see what answer Westworld provides us with. 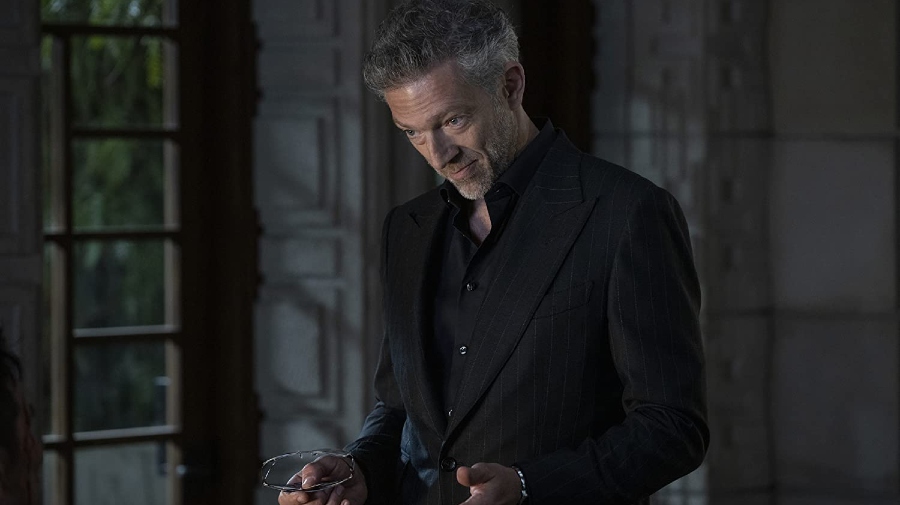 What do you think of ‘Westworld’ season 3, episode 4, ‘The Mother of Exiles’?