Veronica Mars season 4 had so many amazing moments, but Weevil’s rescue was by far the stand out.

How do you just pick up from where you left off, when the momentum has been stalled for so long? How do you please the same fans when they’re at a completely different point in their lives than when they originally loved the show? How do you interest new fans so you don’t just get cancelled all over again? All of these questions, and so many more, need to be heavily considered when attempting a revival. Honestly, I’m already exhausted and I just wrote one paragraph about it.

Therefore, the nature of the project demanded that it basically be a love letter to the original fans of the series. Nostalgia and fan service were the primary requirements, and they were abundant. Everything else was secondary. 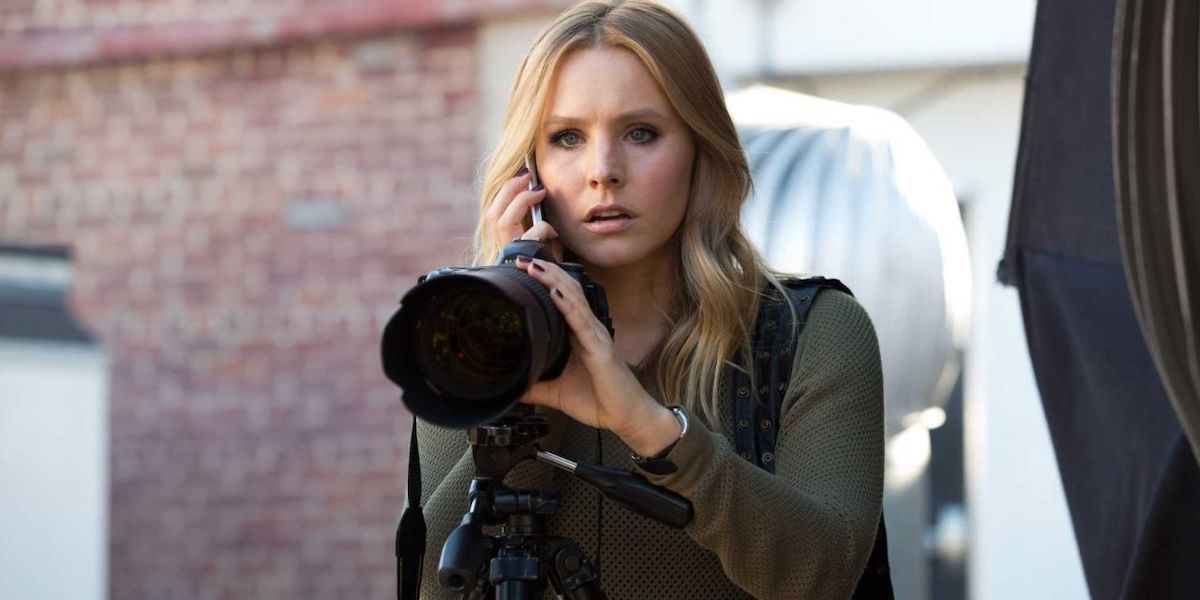 While working within that constraint, they still pulled off an amazing continuation, and supposed finale, to the series. The fans got the ending that they’d always wanted, we got another couple hours of our favorite characters in action, and we got a glimpse at how time has changed them. It was great, but it also wasn’t necessarily an authentic return to the story, since fan service was such a huge factor.

Luckily, that requirement went out the window with Veronica Mars season 4. With the series officially picked up for a full season, they could take it wherever they wanted to. Rob Thomas could make Veronica go to med school if that was his prerogative. He could even kill off a fan favorite character…(sorry, too soon).

Veronica Mars season 4 was the perfect blend of new and nostalgia. The show was nostalgic in the way that it was the same characters, same locations, and same tone that we’ve always loved, but it was also something completely different. The characters grew up. They have new lives, new struggles, and are making new choices that will continue to affect and change them.

Veronica’s problems have grown up with her, which is perfect, because so have her fans. Veronica was relatable 15 years ago when she was dealing with high school crushes and fitting in with cliques, and she’s relatable now when she’s trying to figure out how to balance her career and dreams with love, family and friends, if she even wants those things at all.

The greatest strength of Veronica Mars season 4 was definitely in achieving all of that growth while still making it feel like the same show that we’ve always loved. Even though these characters have grown and changed, their essence, and the essence of the show itself, still rang through in so many key moments.

The best of these moments, and the highlight of the season for me, was when Weevil rescued Veronica in episode 7, “Gods of War.” 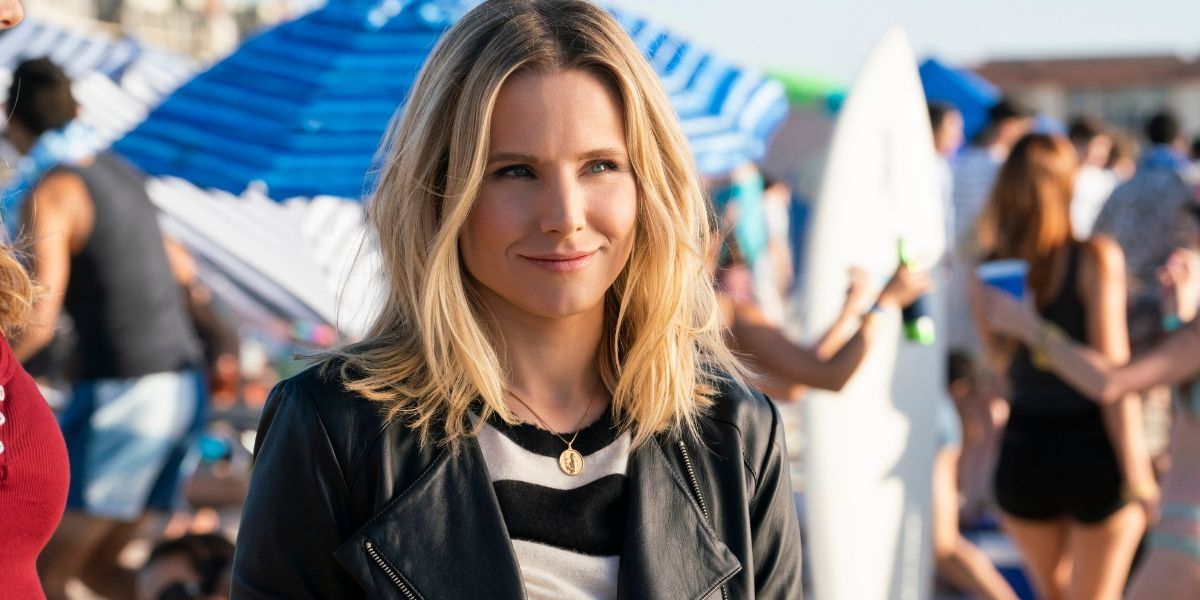 In the original Veronica Mars series, these two characters always had each others backs. Sure, they ran in very different circles (if you could say Veronica had a circle at all), but they had a mutual respect for each other and, let’s face it, their friendship was extremely mutually beneficial. Throughout the series, they have rescued each other so many times, in so many ways.

Tragically, after we learned that Weevil got his life and family together in The Veronica Mars Movie, a misunderstanding left him with a gunshot wound at the hands of Mrs. Kane, and a prison sentence. Unfortunately, it looks like Veronica didn’t go to his rescue this time.

In Veronica Mars season 4, their relationship is understandably fractured. Weevil is out of jail, but the life he had built has been taken away from him. He’s right back where he started, helping criminals to make ends meet.

Weevil has every reason to kick Veronica to the curb, but when push comes to shove, he still shows up for her. Knowing she’s in very real danger, he gathers his gang and comes to the rescue! It was just like so many times in the original series when they rode in just as things were looking terrible. We knew everything was going to be okay because Weevil was there.

It was such a beautiful moment, and my favorite from Veronica Mars season 4. Even though it looked the same, it felt different. It was more profound.

This was aided by the fact that the episode was already pretty intense, for sure. It followed the classic Veronica Mars formula of “we think we know who did it,” followed by “oh wait no, now we actually know who did it and things are escalating fast.” Things got real very quickly when Keith forgot to load their guns, leaving the Mars’ in extreme danger. 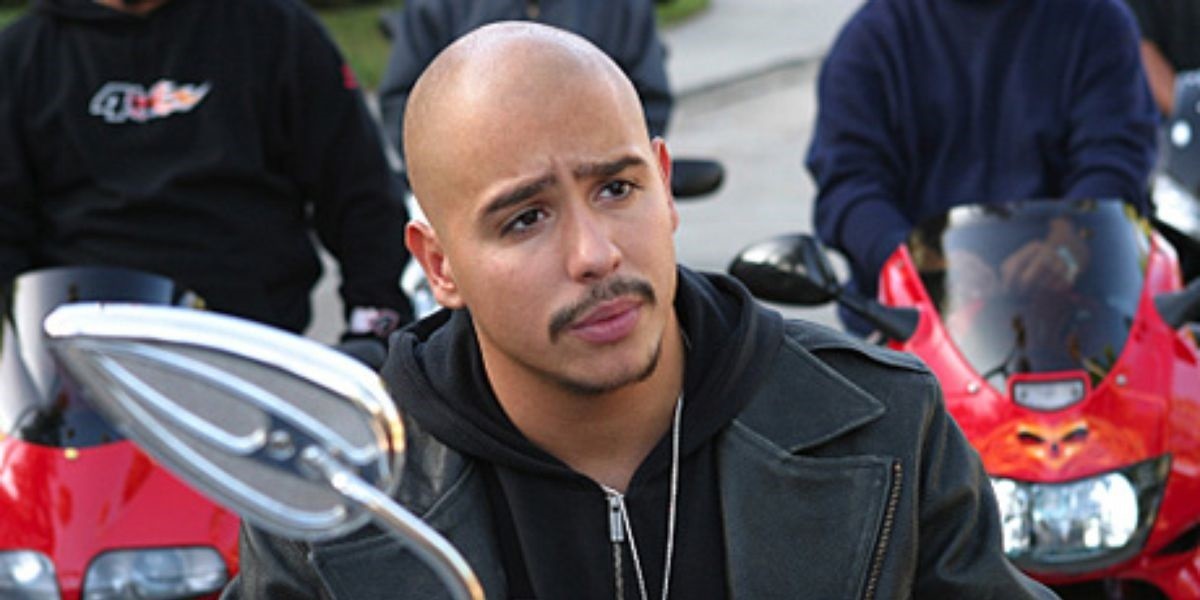 The background of the episode wasn’t the only thing that made Weevil’s season 4 rescue feel heavier than any before it though. Weevil wasn’t just upset with Veronica, he felt betrayed. You could see it all over his face when he showed up. There’s still pain there, but there’s even more loyalty and love.

Weevil is far from the only example of someone that Veronica’s been a bad friend to. It’s echoed throughout the season with Wallace, Nicole, and even Logan. Veronica is her job, and that doesn’t always leave a lot of room for other people.

Weevil showing up demonstrates the deep loyalty that Veronica’s friends feel for her anyway. Being friends with Veronica Mars is a long game. Sure, she might completely ignore you at the dinner table and ask you for outrageous favors, but at the end of the day, she will show up for you in ways that nobody else can or will.

I refuse to believe that Veronica just knew Weevil needed help and left him high and dry. It has to be more nuanced than that, and I’m sure Weevil knows it. The two of them still have a lot of work to do, but that demonstration of loyalty in her time of need meant everything to Veronica. I think it even had a lot to do with her finally agreeing to marry Logan.

Another reason why I loved Weevil’s rescue in Veronica Mars season 4 is because the storyline made something explicit that had only been implicit in the series so far. We heard Weevil’s family and friends mention, again and again, that Weevil had a crush on Veronica. While I love their friendship the way it is, I also think that adds an interesting dynamic that I’m happy they finally explored (and I hope they get a chance to keep exploring).

All in all, Weevil’s rescue captured that “epic” feeling of Veronica Mars that was so ubiquitous in the original series. I was thrilled and heart broken all at once. That feeling almost always came from a moment of love or friendship, and that’s how it happened in season 4, thanks to Weevil. Whether it was love, or friendship, hopefully we’ll find out!