Now that The Vampire Diaries is over, these moments from the pilot have taken on a whole new meaning.

It’s hard to believe it’s been a decade since we sat down to watch the first episode of that new vampire show that looked kind of like Twilight. Since then, The Vampire Diaries has delivered eight incredible seasons, one epic series finale, and countless moments that we’ll remember forever, both on and off screen.

It’s always fun to go back and rewatch episodes of The Vampire Diaries, especially now that the series is all wrapped up. Things that seemed so small at the time have a much deeper meaning now that the story has concluded.

Ten years after it aired, we went back and watched the pilot, and it turns out, it’s full of these moments! Here are 10 scenes from The Vampire Diaries pilot that mean so much more to us now. 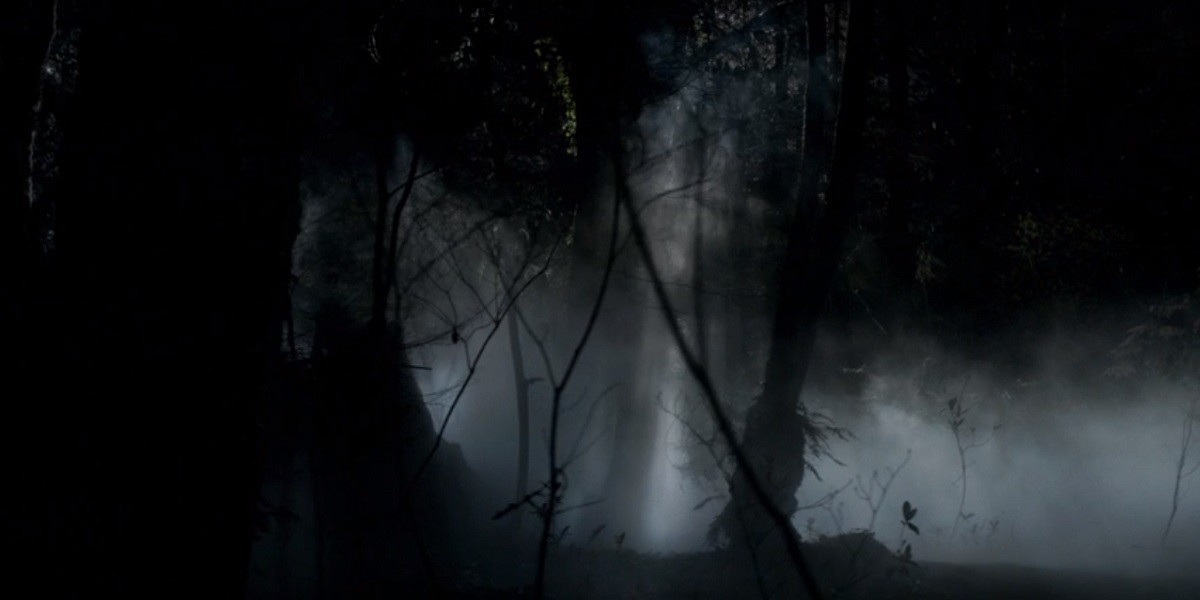 You might think the opening monologue for The Vampire Diaries was done by Elena, but that’s not the case. As the show opens on a dark forest, the first words of the series are actually uttered by Stefan Salvatore.

Stefan introduces us to The Vampire Diaries by soliloquizing about living alone in the shadows for a century and being a vampire, but that’s not the most interesting part. Looking back on the pilot now that the show’s over, the phrase that grabs our attention in the opening monologue is actually Stefan saying, “This is my story.” The show essentially ends with Stefan’s death, which makes perfect sense if it has been his story all along. 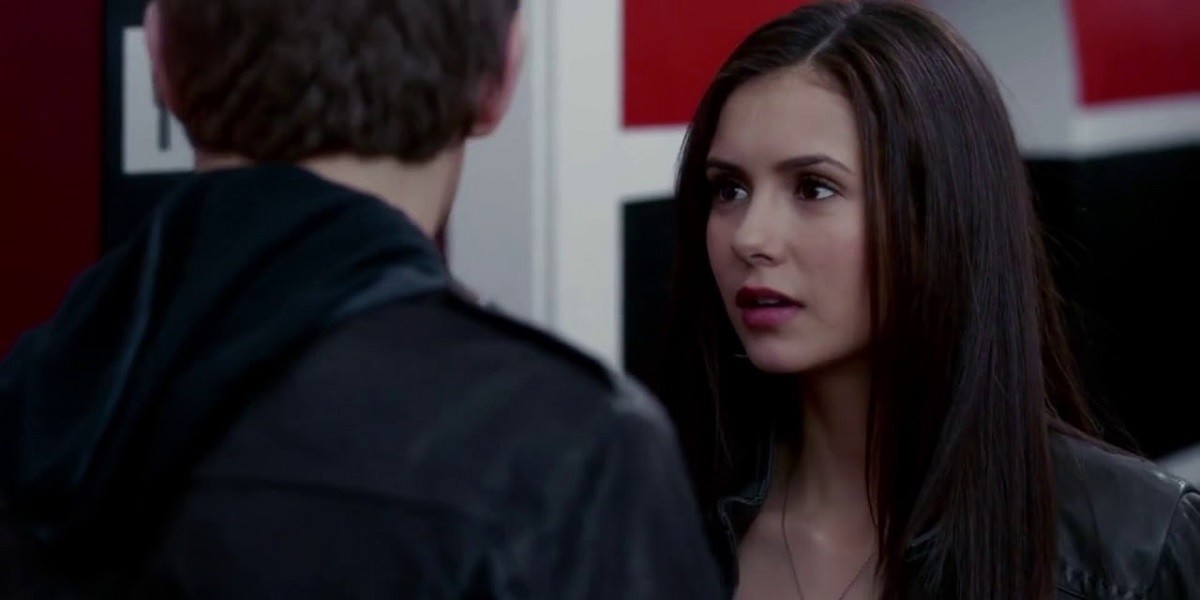 The moment when Stefan and Elena meet in the hallway outside of the boy’s bathroom is as classically cute as they come, but there’s so much more to it than we realized.

Dear 'The Vampire Diaries': A love letter to Mystic Falls

It can be deduced from the pilot episode of The Vampire Diaries that Stefan probably knew who Elena was before that moment because of all the Katherine mentions, but we later find out that he’s actually “met” her before! Just months earlier, Stefan saved Elena from drowning in the same car crash that killed her parents, so his unfamiliarity with her during their meet cute could not be more fake. 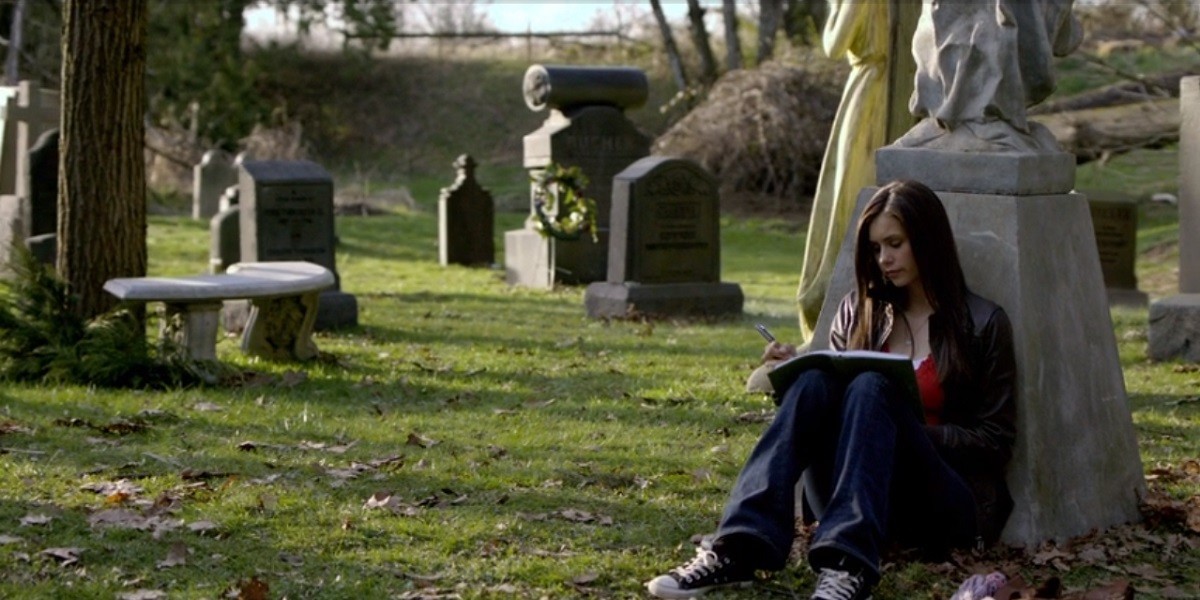 We’ll never see Elena’s first cemetery diary entry again without thinking about her last one. In the pilot, Elena expressed how dead she felt following the death of her parents. In The Vampire Diaries series finale, she used her diary to thank Stefan for finally bringing her back to life.

The series finale calls back to the crow in the cemetery that signified Damon’s arrival, and highlights how far Elena has come and everything they’ve all been through. Now, to watch Elena’s cemetery diary entry in the pilot is to feel nostalgia for everything that she’s about to experience.

4. ‘We have history together’ 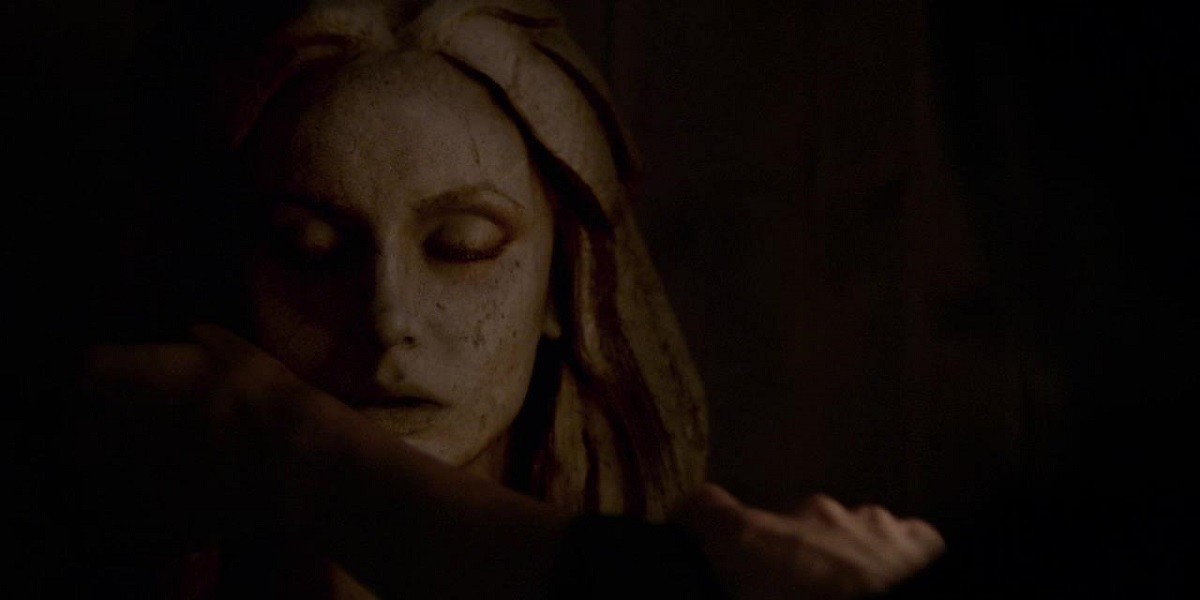 When Stefan kind of creepily shows up in the cemetery to interrupt Elena’s diary time, Elena mentions that the two of them have “history together.” Sure, this calls back to Katherine and Stefan saving Elena’s life, but we now know that it goes back so much further than that, with centuries of doppelgangers bearing their resemblance. 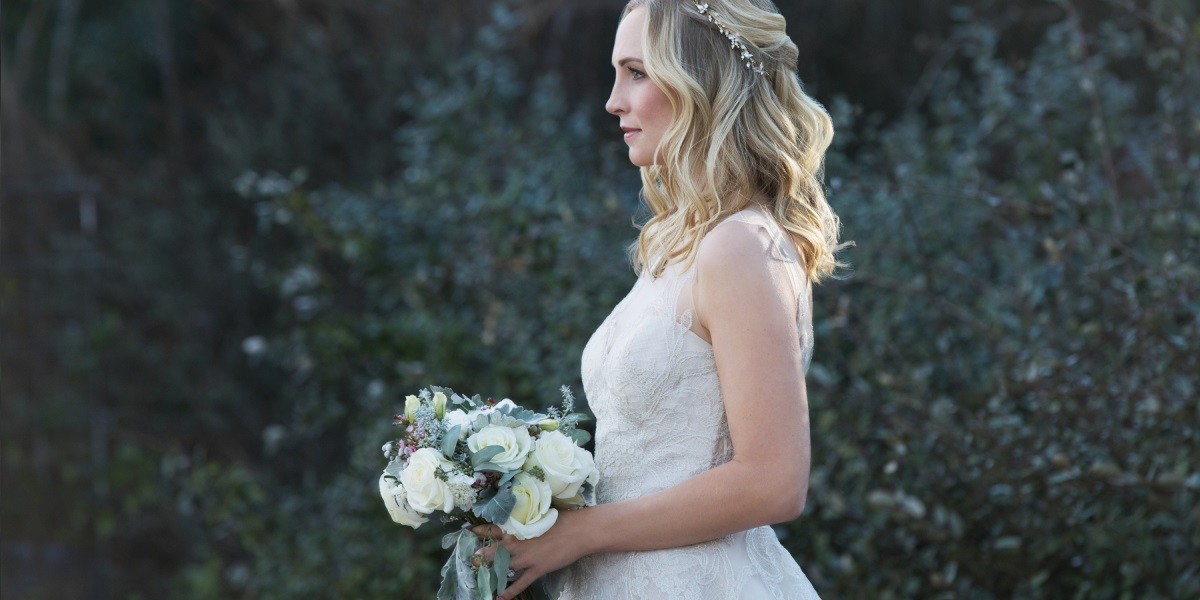 Caroline’s cute, slightly arrogant, and very telling line from The Vampire Diaries pilot in which she rattled off all of the info she’d learned about Stefan came full circle in season 8 when Stefan and Caroline finally got their June wedding.

It didn’t happen in quite the way she envisioned it, with the whole thing basically being a ploy to get Katherine out of hiding, but they made the most of their wedding, nonetheless. If anything, it just proved how smart and insightful Caroline is and has always been!

6. ‘Memories are important’ on ‘The Vampire Diaries’ 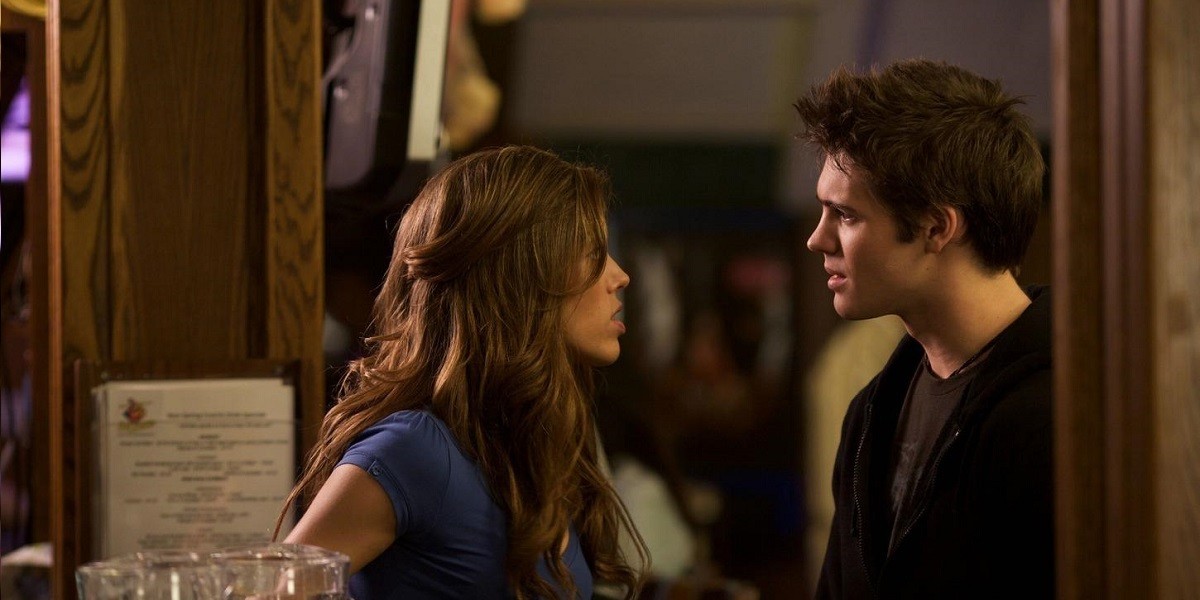 When Stefan delivers this line during a conversation with Elena about their diaries, I couldn’t help but remember all the times that the characters from The Vampire Diaries have lost their memories, and how much trouble that has caused. In terms of the pilot, at this point, Elena was still operating without some pretty key memories from the night her parents died. 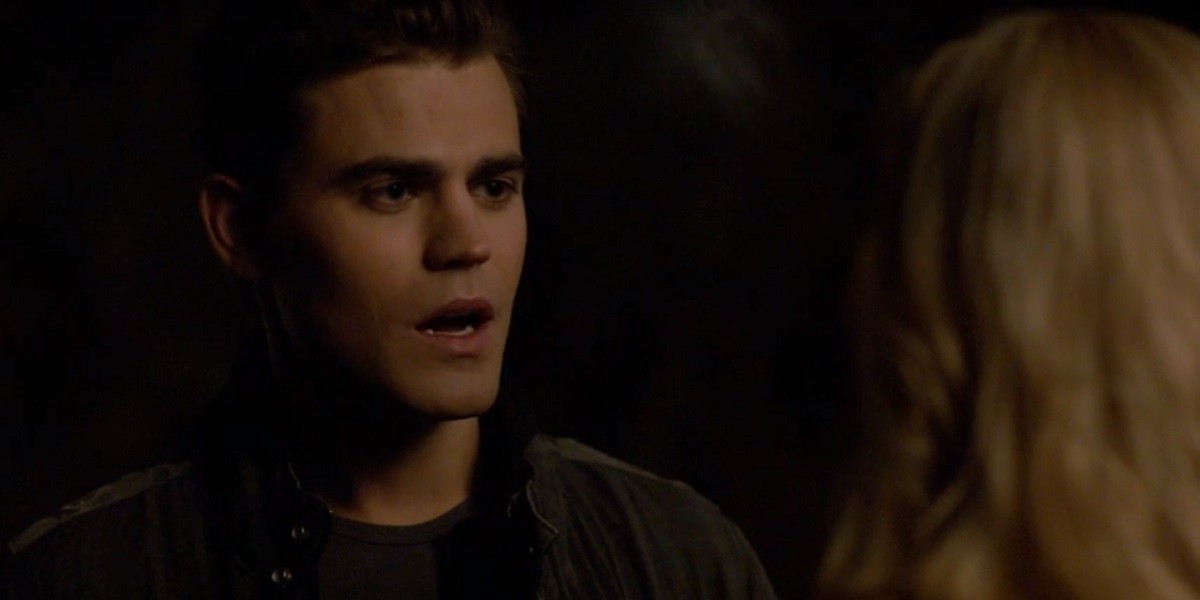 Caroline and Stefan didn’t always have the same vision for their relationship. In the pilot, while Caroline was planning their “June wedding,” Stefan had his mind on almost everything else.

Completely uninterested in the seemingly vapid and self-centered Caroline Forbes, Stefan declared that it was “not going to happen” between them. Of course, things change! Especially in the world of The Vampire Diaries. 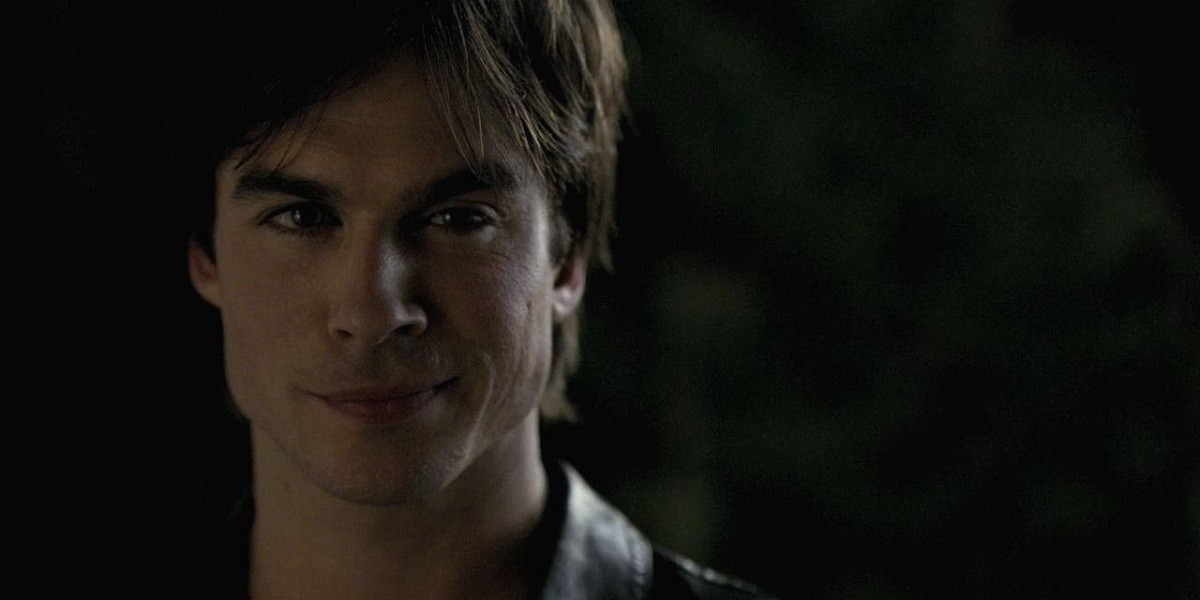 Just like the cemetery scene, we’ll never hear the words “hello, brother,” uttered in The Vampire Diaries pilot, without thinking about the last time they were said.

From the pilot to the series finale, the tone of these words could not be more different. In the pilot, Damon slyly surprises Stefan with his presence in Mystic Falls, giving us the first taste of that seductive snark that we all fell in love with.

In the series finale, Damon says it when he returns to his brother after a long and happy life. One that was granted to him by Stefan’s sacrifice. The brothers are free to live in peace together for eternity. 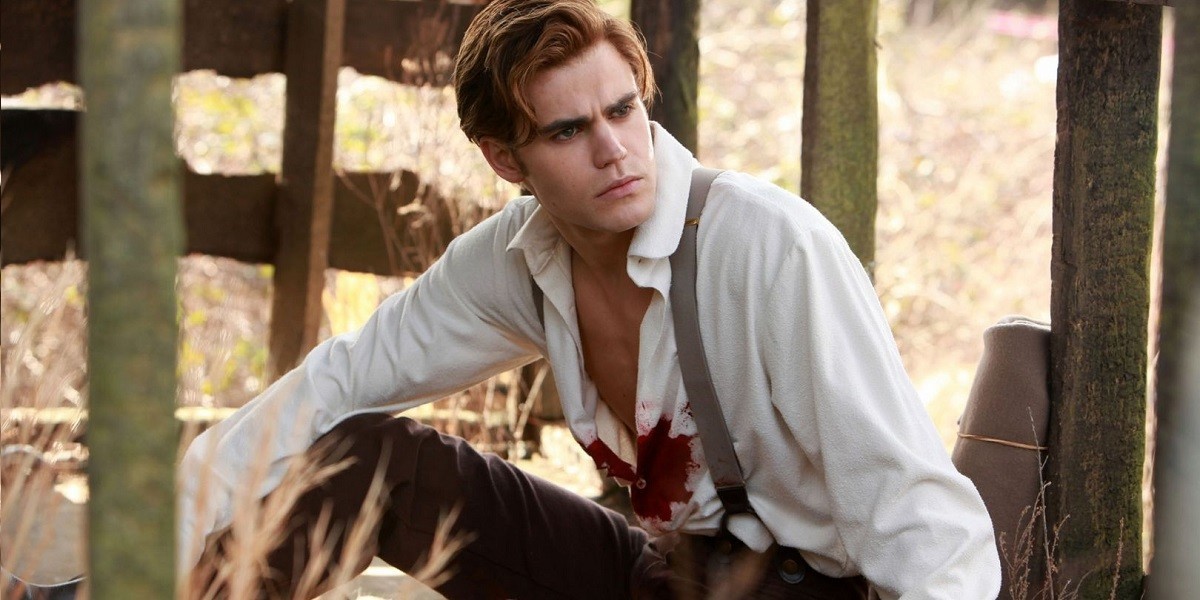 Speaking of eternity, Damon once promised to make Stefan’s miserable! In The Vampire Diaries pilot, it was made pretty plain that Stefan was the “good brother” and Damon was the “bad brother.” But, if that was the case, what did Stefan do to earn the “eternity of misery” that Damon promised him?

We know now that Damon wasn’t entirely off base when he made that promise, since Stefan was the one responsible for Damon’s own eternity of misery. Stefan convinced Damon to drink human blood to complete the transition, leading him to over a century of pining for the love he’d lost. 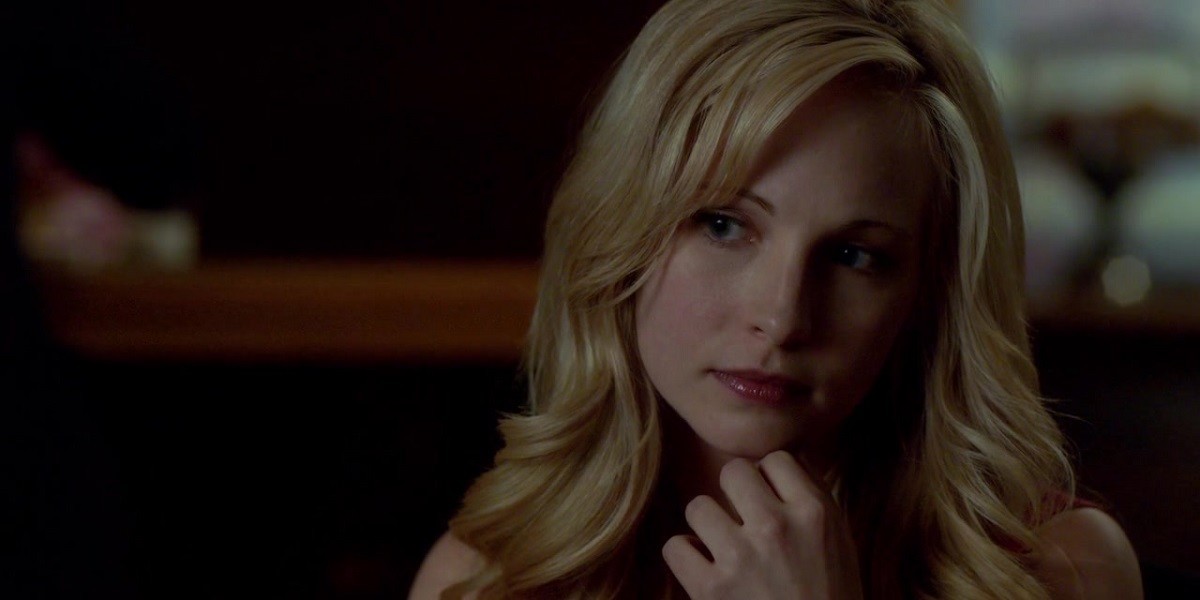 Caroline’s extremely honest and vulnerable conversation with Bonnie, in which she laments that she’s “never the one” that gets picked despite how hard she tries, sets her on a beautiful arc for the rest of the series.

Caroline does lose some of her neuroticism and insecurity when she becomes a vampire, but she never stops trying, striving, and caring as much as she always has. In the end, that’s what makes her the one that pretty much everyone picks!