The series finales of The Originals and The Vampire Diaries have not been kind to Caroline Forbes.

Warning: This article contains major spoilers from The Originals and The Vampire Diaries. If you’ve been living under a rock and haven’t seen how these shows end yet, don’t read any further!

In the series finale of The Vampire Diaries, Stefan Salvatore sacrificed himself so that his brother could have the life and love that he’d been waiting so long for. Was this a sweet ending to his long-standing saga with Damon? Absolutely. However, when I look at the bigger picture, I definitely have some issues with it. Especially when it comes to Caroline Forbes.

Mere hours after Stefan had gotten married to Caroline (albeit in a forced ceremony), he chose to give up his life for someone else, making Caroline a widow long before her time.

Then, in the series finale of The Originals, Klaus Mikaelson sacrificed himself to save his daughter! The dark magic of the Hollow was too much for Hope to handle, so Klaus took it from her. Since Klaus didn’t trust himself to not turn on his loved ones (and subsequently the whole world) with it inside him, he took his own life to destroy the magic, once and for all.

Again, it was a beautiful sentiment toward his daughter and his family. However, he did this just after reconnecting with Caroline, the girl who he’d waited years for. She was left alone yet again.

Is Klaus’s betrayal the same as Stefan’s? No. Klaus was certainly not Caroline’s husband, but they’ve always shared an important connection, and it’s clear that Caroline still harbors feelings for the original vampire. She may have only kissed him because of the sacrifice he was making, but things were still looking better than they ever had before.

It wasn’t just that she felt sympathy for him. She saved the voicemail that he’d left her upon his return to New Orleans for years! It seemed like “however long it takes” was finally coming to an end, and Klaroline was going to get their happy (yet probably still tumultuous) ending, after all.

But nope. Klaus had to go be all selfless and take a stake to the heart.

Yes, Stefan spent a large portion of his life attempting to atone for the guilt he felt for forcing his brother to turn. In the end, his sacrifice helped Damon live the human life that he’d taken from him. I do believe that Stefan’s storyline and development suffered to make room for Damon’s, but I can still get behind his reasoning and accept his sacrifice

Should Killer Frost take over on 'The Flash'?

Klaus obviously wasn’t going to let his daughter die at the hands of the Hollow’s magic, so his sacrifice makes sense as well. He finally found a love that was worth giving up everything for. He successfully gained true immortality, but gave it up for his legacy to continue in a different way. The redemptive conclusion to his story is a good one.

Sure, I could get behind both of these sacrifices if it was only the stories of the deceased that we had to consider. But that’s not the case. The lives of the characters in The Vampire Diaries and The Originals are so intertwined that the conclusion of one’s story will inevitably affect those of all the others. Because of that fact, the death of these men permanently stain the storylines of their family, friends, and significant others. 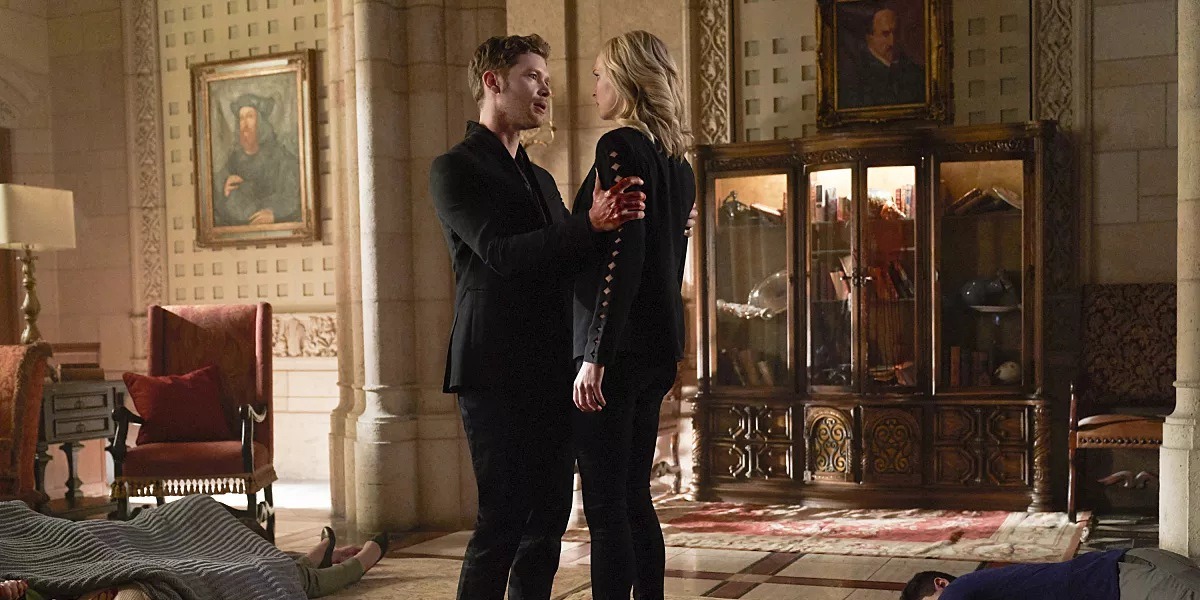 One of the best threads of Caroline’s storyline on The Vampire Diaries is the one that took her from being the girl who never got picked, to the one everyone wanted. The minute I fell in love with Caroline Forbes as a character was when she confessed to Bonnie with heartbreaking honesty that she was never the one, no matter how hard she tried.

Bonnie tried to assure Caroline that it wasn’t a competition, but after years of being second best to the Elena Gilberts of the world, Caroline knew better. It was a competition, and it was one that she was losing.

As a teenage human, Caroline was neurotic, uptight, and frankly, kind of mean. Her insecurities caused her to lash out at those around her, whether they deserved it or not. She was horrible to her mother, gave some “too tough” love to her friends, and behaved recklessly in romance.

When she became a vampire, everything changed. Her neuroticism could’ve translated to an absolute nightmare of a vampire, but instead, her preparedness and attitude actually helped her to take naturally to her new lifestyle. She gained a new confidence that calmed her insecurities and became the Caroline that we know and love today. She beautifully blossomed from the girl who nobody wanted into the woman that nobody in Mystic Falls could get enough of.

This Caroline is one of the best characters in the entire Mystic Falls canon. She’s funny, fierce, good, honest, and a pillar of strength for everyone around her. She surpassed even Stefan’s impossible standards of vampiric morality while still being intriguing enough to catch the eye of an original vampire who lived his immortal life fast and hard.

She held Salvatore and co. together for the last few seasons of The Vampire Diaries and continued to keep Klaus in check in the final season of The Originals. To know her is to love her, and love her they do.

When all is said and done, Caroline remains the last love of both Stefan Salvatore and Klaus Mikaelson. However, in the end, they both picked someone else over her. Their choices weren’t bad, but they weren’t her. Stefan had loved his older brother his entire life, and couldn’t drop his martyr complex long enough to cope with Damon being the one to take the metaphorical bullet. Klaus’ daughter changed his whole life, and when all of the options exhausted, he had no choice but to save her.

My only problem is that this greatly reduces the power of Caroline’s greatest story arc. Can we really say that Caroline is the girl who everyone picks if, when push really comes to shove, she continues to be left alone? When pretty much every character in The Vampire Diaries has put their life on the line to save Elena or to win Elena’s heart, yet Caroline is still left alone, can we really claim that the Elena Gilberts of the world aren’t still winning?

Caroline deserves a love that will choose her above everything else. Firstly, because she is essentially the light of all their lives, but also because her storyline demands it. She deserves to be treated like the girl who’s worth sacrificing everything for.

The one thing that could make this all better is that maybe, Caroline actually managed to fulfill her story arc and subsequently surpass it. Throughout all of her trials and tribulations, romantic woes and heavy blows, she became more than the girl who everyone wanted. She became the girl who didn’t need any of them.

Caroline is now the last vampire standing, living a jet-setting life in Europe. Okay, so she’s there looking for a solution the inevitable Gemini “merge” that her daughters will have to go through, but I’d be willing to bet she’s still having at least a little fun. 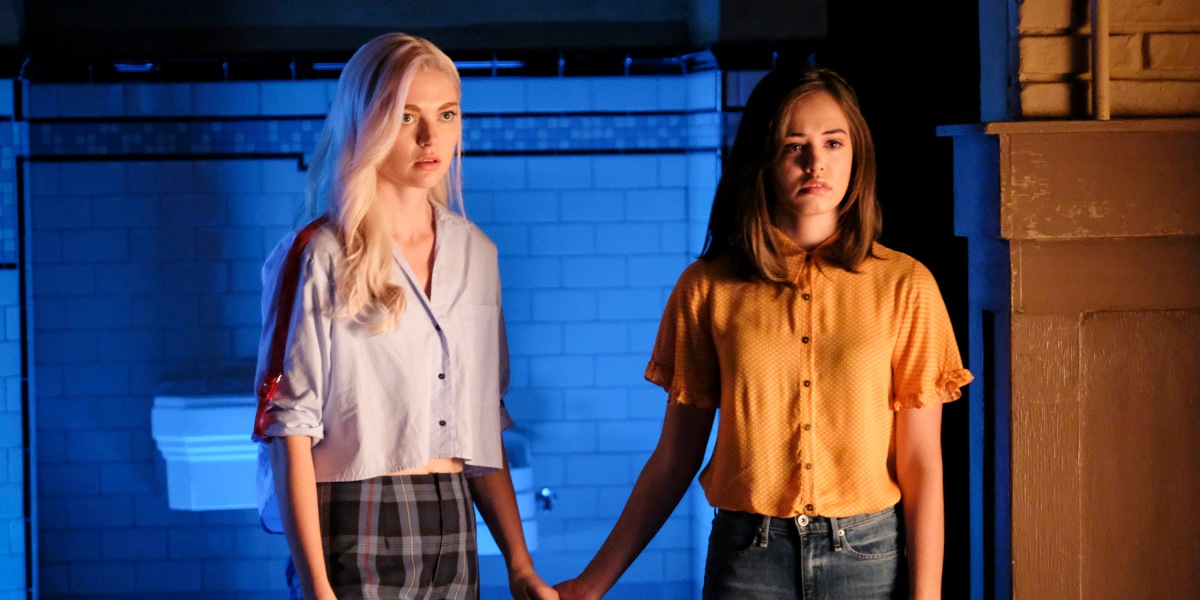 Throughout every hardship and heartbreak, Caroline has remained strong and vibrant. Other than that one little time when she turned her emotions off, she’s taken things in stride by using her honest and open approach to pain and healing to her advantage.

Even though we haven’t seen Caroline Forbes on Legacies, I’m sure the same is still true. She’s out there being her amazing self, lighting up a whole new set of surrounding people. It’s honestly kind of sad to think about, but it means that Caroline still has a lot of life to live and a lot of love to find.

So while I definitely believe that Caroline Forbes deserves better than she’s gotten in The Vampire Diaries and The Originals, all hope isn’t lost.

Her story isn’t over, and there’s always the possibility that we could see her reappear on Legacies, especially if/when the merge actually happens. Whether Caroline’s story continues onscreen or off, I hope she finds a love who values her above all. This is what her character has been working toward since the very first episode of The Vampire Diaries, and for me, this part of her storyline won’t be complete until she finds it. Somebody who picks her.