We use cookies to ensure that we give you the best experience on Hypable. If you continue to visit us, we will assume that you are happy with it.
10:00 pm EST, January 30, 2019

The title of The Magicians 4×02 pretty much says it all. “Lost, Found, Fucked” is 100% apropos and it looks like things are going to get worse before they get better.

Can we all just agree that Monster Eliot is terrifying? Let’s not make him some sort of Joe Goldberg from YOU who we might feel some sympathy for because he has his reasons for being the way he is (what IS it with Sera Gamble’s ability to make the creepiest characters alluring?). Let’s just agree he’s terrifying, okay?

Hale Appleman is playing him brilliantly. There’s a languorous menace in his performance that’s so much more threatening than some overtly evil villain. And watching poor BriGuy aka Quentin bear the brunt of it somehow makes it even worse. Especially because Brian has no idea what’s going on. He’s just trying to stay alive here and he’s BFF’s with a god killer. 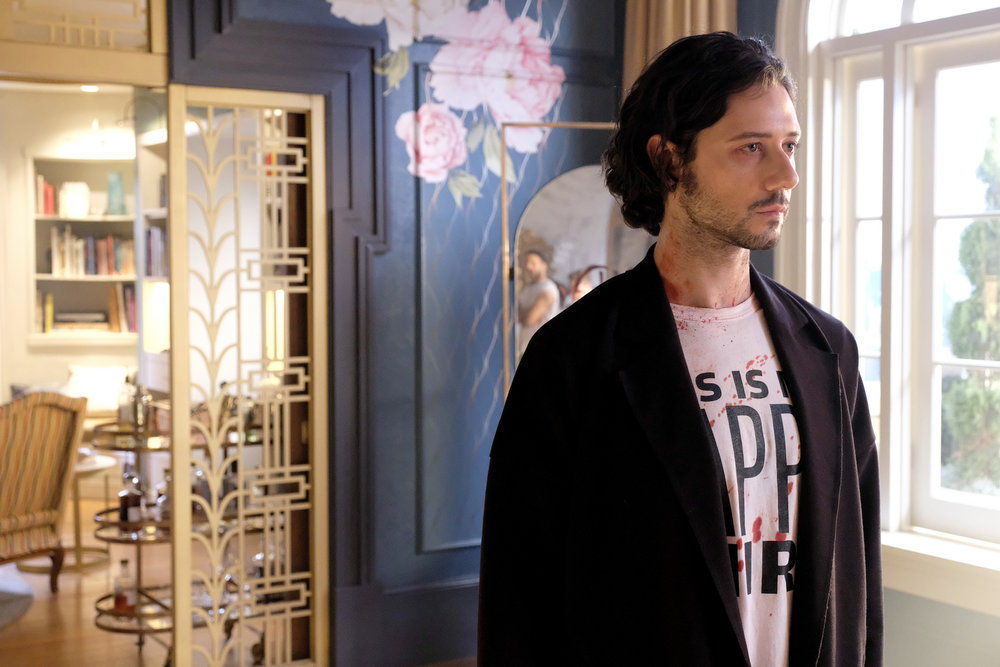 Additionally, when I recently spoke with Sera Gamble, she revealed that Monster Eliot doesn’t know what he’s missing and those revelations and how he might change as he finds the pieces will play out throughout the season, so don’t look for any quick fixes. This bad boy is going to be with us for a while.

On the plus side, everyone else has their memories back thanks to the apparently unkillable Julia. I’d like to thank the writers for that delightful nod to Groundhog Day and for the reminder that Julia really is the best of us all. Real life goddess, indeed.

I mean, Marina did try, but we know how that worked out. (BTW, I’m still laughing over “Holy shit! It’s James Earl Jones!”)

Of course, Marina’s still Marina even if she is from Timeline 23 and we knew she wasn’t helping out of the goodness of her heart. But she’s also trying to help our Magicians even if she’s doing it by giving Dean Fogg a dose of his own medicine, literally. So what’s her angle? What does she get by helping them break the spell?

Granted, Dean Henry Fogg needs to do a little soul searching. As we learned, he really doesn’t like himself. Which may well explain why he’s done what he’s done when it comes to helping the Library and casting a spell on his students. Maybe that’s one of the reasons Marina’s so angry with him. After all, she’s his daughter. No daughter likes to feel like her dad cares about other kids more than her and he didn’t include her in the spell.

With the battery that powered his spell depleted and his own identity back like everyone else’s, Henry Fogg has an opportunity to choose who he wants to be. Will he go back to being the man he was or will he make new choices, especially in regard to the Library?

Meanwhile, back in Fillory, Margo’s on her own fact-finding mission now that the Ember Alert System sent her back. Even without her own memories, Margo’s Margo. I mean, how many people get pulled into an underwater cave by a fish man and keep their cool? Sure, fate seems to be helping her out, but Janet Pluchinsky or Margo Hanson, the lady gets the lay of the land, figures out what she has to do, and gets it done. If anyone has to rule alone, as Lord Fresh predicts, Margo’s the one I’d put my money on.

When Lord Fresh described Margo’s Birthright Box my first thought was that it sounded a lot like the books in the Library. Does that mean the other High Kings and Queens of Fillory have them as well? And do they all have a Guardian?

Alice may be working on getting everyone’s books back from Library but what if she can’t? Are the boxes a way around that? Not that I don’t think Alice is going to find their books. Once Alice is on a mission, she completes it and there’s no doubt she’s on a mission.

In a way, part of me is sad that everyone has their memories back. I mean, they could have gone about those lives and avoided a lot of pain, at least until the Monster destroys everything. It’s what Dean Fogg wanted for them when he cast that spell; to keep them safe and let them have normal lives. But I’m glad they’re back because it’s going to take all of them to get Eliot back.

That is, if the Monster will let him go and if Eliot’s actually still in there somewhere.

Do you think Eliot’s still in there?