In ‘The Magicians’ season 4, magic is back but everything else is f*cked up

After almost an entire third season without magic, The Magicians finally got magic back only to see it taken away. Not that any of them remember what happened because, well, they’re not them anymore. For their own good. Because they let a monster loose who wants to kill them all. Yay?

Spoiler Warning: I’ve seen the first three episodes of The Magicians season 4. I’m discussing people and events from the first two. If you’ve seen the trailers or recaps you should already know what I’m referencing. I’m keeping things fairly general but if you’re really not here for spoilers, evacuate the premises of this review now.

If there’s a throughline on SYFY’s The Magicians, it’s the idea that magic isn’t what you see in the movies or read about in books — it’s unpredictable, it’s dangerous, and it has very real costs and consequences. Characters on The Magicians have lost limbs. They’ve been brutally attacked and assaulted both mentally and sexually. They’ve even seen their loved ones die in their quest to learn, master, and ultimately save magic. Nothing in the Magicians universe comes easy. There’s no magic spell to reverse your mistakes like in Harry Potter that doesn’t, in some way, come back to bite you in the ass.

Which is one of the reasons I’m so personally invested in both the characters and the show. Even when I’m angry at them or dislike them or want them to make better life choices. Even when I wish they were normal.

Because, as the beginning of The Magicians season 4 so aptly illustrates, they’re not normal. No matter how hard someone might want them to be. Even if it means keeping them safe from a monster committed to killing them all.

In case you’re not caught up or your memory is a little hazy, here’s a handy little recap.

Consider this your Season 3 refresher before Season 4 premieres on January 23.

Season 4 picks up basically where we left off. The exact timeline is unclear but you get the gist. Same Magicians, new lives, new names, mostly new attitudes (Margo will always be Margo, no matter what you call her) and no memory of their former lives. Save for Alice who not only remembers everything but has been put in a position to sit idly by and do nothing as her friends are in danger.

In a way, that may be the worst you could throw at Alice. Alice used to care about magic more than anything or anyone. So much so that she became a Niffin and lost the ability to care about anything. Now she has no magic and the people she cares about are in danger because of what she did. That’s some serious consequences.

But we’ll get back to Alice shortly. She’s not going anywhere. 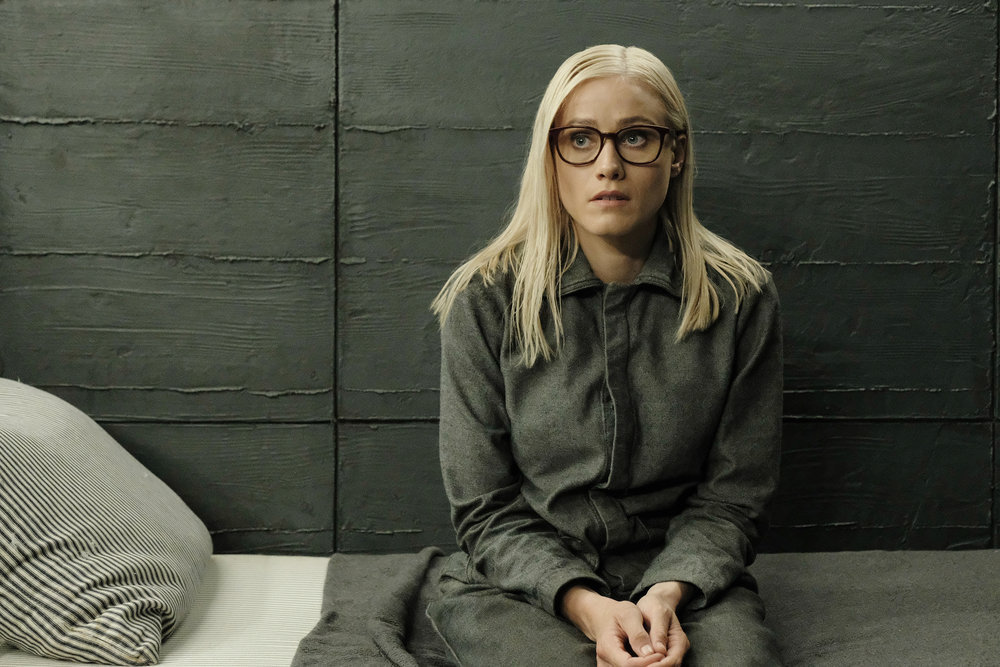 The first episode of the new season has one big job: get you caught up on where (and who) everyone is. Not easy when you’ve got characters all over the place. But the season opener manages it neatly and in a way that feels earned. It would be easy in a show about magic to magically put them all together, but creating a narrative in which one of the characters is now a detective gives you a perfect plot device for someone to start poking around while also having the resources to actually locate everyone.

Not to mention, there’s a nice symmetry to the fake lives each character ends up with. Kady, the lawbreaker, is a detective. Penny, who hates everyone and everything becomes the always peaceful and positive DJ Hansel. Josh, who’s always been a people person, drives an Uber (the penis thing has to be some sort of wish fulfillment, right?). Julia, who always felt something was missing when she was trying to live a happy professional life has a happy professional life, while also getting a second chance at Brakebills. The fact that her magic puts her there, once again, is a testament to who she’s always been. While Margo becomes Janet Pluchinsky and finally gets the name she has in the books.

And Quentin, who’s really in the darkest timeline if you think about it, finally gets to be a quiet bookish dude with a girlfriend and a pretty okay life until Eliot (aka The Beast) gets a hold of him.

Of course, that means we need to talk about Eliot.

We knew things were bad at the end of last season when The Monster In The Castle At The End of the World became Monster Eliot. After all, we’d already gotten a taste of how terrible he was when he was Monster Jacob.

But Monster Eliot is a whooooooooole new kettle of OMGWTF. Because Hale Appleman is one of those actors who can actually make you like a character who’d just as likely pat you on the head as kill you for a simple misunderstanding (I’ll never call them Jimmies again). It’s no easy trick to find the core of someone like that. So many actors would have made Monster Eliot Voldemort — Appleman, on the other hand, is like a kid in Honeydukes who’s been given free rein to try everything and anything.

If you’re not prepared to see Eliot do VERY BAD THINGS, then I suggest you gird your loins before watching, because Monster Eliot is at the wheel and, boy, is he pissed. On the other hand, if you like unrepentant villains, you’re gonna love this guy.

Now, let’s get back to Alice who’s where we left her: imprisoned by the Librarians. Which, okay, fair. After all, she did almost end magic completely. But we’re definitely back to a version of Cassandra Alice who knows just how fucked things are and can’t really do anything about it. Not that she’s unwilling to try, which actually has made me like Alice more than I ever have.

For the first time, Alice is fighting for someone else, something else. She’s willing to do anything to help her friends. Even locked up. Even if it means hurting herself — I should mention, serious trigger warning for the first episode and a mild one for the second.

But we also learn that The Librarian (Mageina Tovah) has a plan for Alice. I can’t say what that plan is, but if Alice really is willing to do anything to help her friends, I’m wondering if this plan will play into it down the line.

One of the delights for me in all of this is the marketing for the new season. Like this video, for example, which gives you a good peek at the new lives of our characters and a little info on how everyone’s doing overall.

It’s not just the main characters who get some room to play in new sandboxes. Fen (Brittany Curran) also gets more screen time and a lot more gumption. I like Gumption Ren. She’s sassy. Dean Fogg (Rick Worthy) goes to places I never expected and we learn a lot more about him than I think anyone ever wanted (or he wanted) to know. But it’s good. It’s important.

There’s some really interesting stuff with Dean Fogg and Marina 23 (who I’m so happy to see again. I adore Kacey Rohl) but I’ll hold off on details so you can enjoy them. I will say this… Marina’s out here living her best life. Or stealing someone else’s as the case may be.

But what really stands out in the first couple episodes of season four of The Magiciansis the way everything’s written. The series has always been clever, but the writers have already laid so much of the groundwork in this world from the characters to the relationships to the very fabric of the world itself that they’re able to riff on things. There are so many little moments that call back to other moments or play with themes or just ring a little more authentically because it all makes sense within the parameters of the world they’ve built.

To be honest, I’m not sure even they intend for there to be as much subtext as I seem to find in certain parts of the show. It may just be built into the existing DNA of what The Magicians fundamentally is. But it’s so nice to feel like a TV show is playing on multiple levels without ever feeling like it’s messing with you or trying to be “prestige TV”.

Ultimately, you’ll get out of The Magicians what you invest into it. The deeper you commit, the richer the experience, but it’s never going to make you feel bad for enjoying it on a more shallow level.

In other words, whether you appreciate The Magicians as deeply as Quentin does Fillory and Further or you’re just here for Margo and Eliot one-liners, you’ll be more than satisfied.

I can’t wait to see what’s next.

Are you going to be watching season 4 of The Magicians?