“The bear is smaller. Humans hate Mondays and love bacon. What do you want from me?” Here’s our take on The Good Place season 4, episode 11.

When The Good Place returned to our screens last week, the Soul Squad banded together and finally fixed the Afterlife. Now, it’s time for the real work to begin — and, possibly, end.

What happened on ‘The Good Place’ season 4, episode 11?

In the Bad Place, the Soul Squad gets down to business building the new Afterlife. Michael and Tahani train the demon architects in the new testing system, while Chidi, Eleanor, and Jason read life-files to select their first subjects.

Michael is eager to get to work with the demons, but they are completely disinterested in learning the new system… except for Michael’s old nemesis Vicky, who displays an immediate talent for both testing and teaching the other demons. Threatened by Vicky’s success, Michael kicks her out.

When Tahani and Janet protest, he admits that he is facing a lack of purpose for the first time in millennia. Who is Michael without the endless, Sisyphean work he’s been built to do? Janet encourages him to focus on the present, and make the new system work as well as possible.

Michael apologizes to Vicky, offering her control of the new system. She agrees — but only when they stage a scene in which she removes Michael in a “coup.” 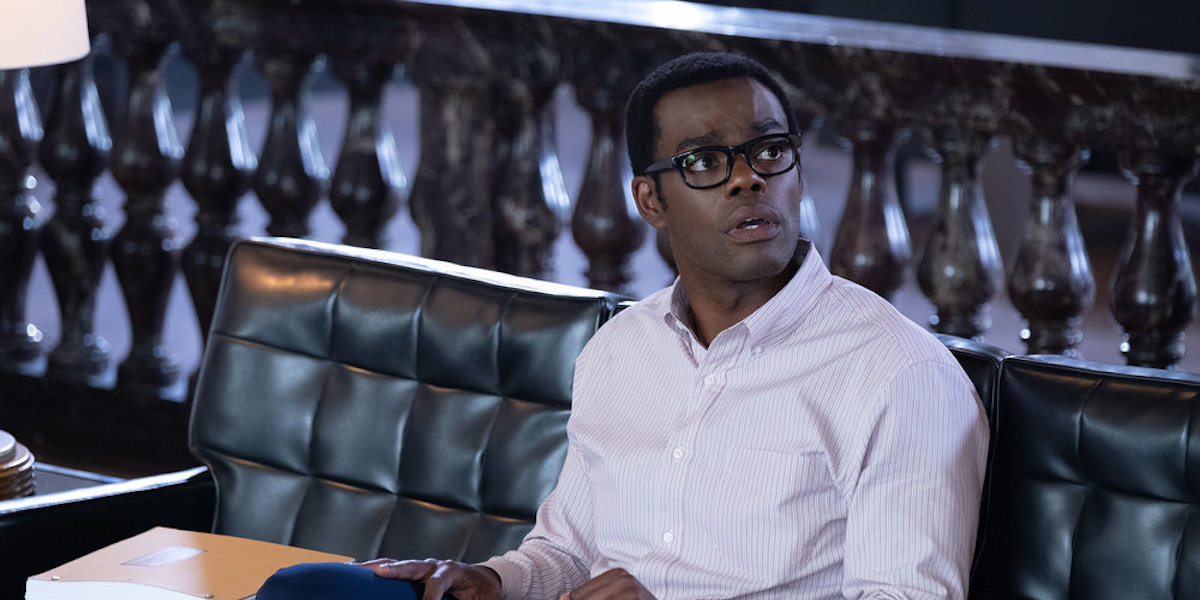 Meanwhile, Eleanor is disturbed to find that the Squad can read their own files of misdeeds; hers is massive, dwarfing Chidi’s. First she insists that he never read her file, but when Chidi readily agrees and says he can’t wait to spend eternity with her, Eleanor changes her mind: she needs Chidi to know what he’s getting into.

But after reading Eleanor’s file, Chidi is the one with doubts — about himself. He’s convinced that he is too boring of a partner for Eleanor’s eternity; she assures him that he is her only choice for forever. It takes a surprisingly clever psychological switcher by Jason to convince Chidi that his and Eleanor’s differences do not matter — only their love is important.

“1.28 Jeremy Bearimy Later,” Vicky has the new architect orientation humming along perfectly. Janet proposes they find Michael’s next goal when the humans come by, delighting in their success. The Good Place Ascension Chime rings, and Michael reveals that the four humans don’t have to take the test; they can go right to the Good Place.

The group, Michael and Janet included, all board a golden hot-air balloon and lift off for the Good Place.

Something is going to go wrong for Chidi and Eleanor.

There are other, perhaps more intellectual observations to make about The Good Place season 4, episode 11. I mean, the episode deliberately parallels the story of Sisyphus in the form of Michael struggling with a lack of labor, and that’s not even mentioning the fact that “Mondays, Am I Right?” effectively redeems all of humanity from actual hell.

But all I can think of is that something is going to go wrong for Chidi and Eleanor. 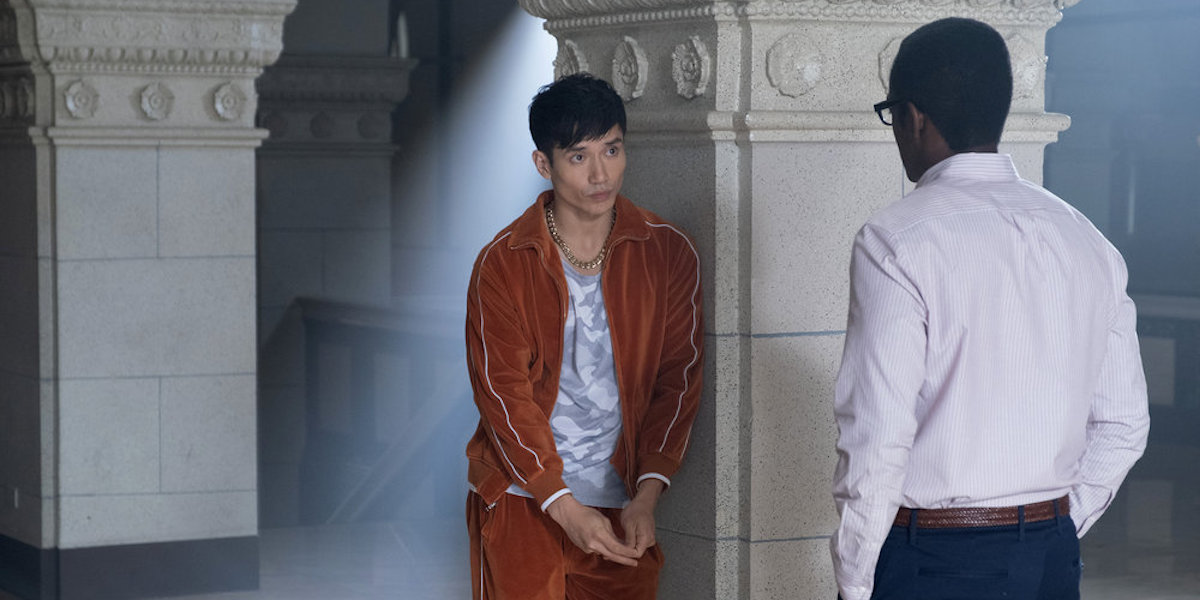 They’re too happy — more than that, they’re too secure. If the conflict Eleanor and Chidi face in The Good Place season 4, episode 11 feels perfunctory and manufactured, that’s because it is. These two once-damned lovers really don’t need to re-hash the matter of their eternal compatibility, but they do it anyway, because we all need to know:

And now they’re sailing off to heaven in a golden balloon. Achievement unlocked! The princess is in this castle! Story over.

But it’s not. There are still three episodes to go before The Good Place bids us farewell, and that means there is plenty of time for the angel chorus conclusion of “Mondays, Am I Right?” to quickly become something rather more complicated.

Perhaps it’s not an accident that Michael grapples with the idea of a labor-less existence — of something like ease — in this episode. The Good Place season 4, episode 11 directly invokes the idea of Sisyphean labor in Michael’s speech about rolling rocks up a hill, and he despairs at how easy it is for Vicky to do this work. When she rolls the rock up the hill, it stays there, task done, level complete.

The same seems to be the case for Eleanor, Chidi, Tahani, and Jason. The four humans had been working under the assumption that they all needed to take and pass their own tests to gain entry to the Good Place, but instead, they all receive a massive transfusion of points and ascend immediately. 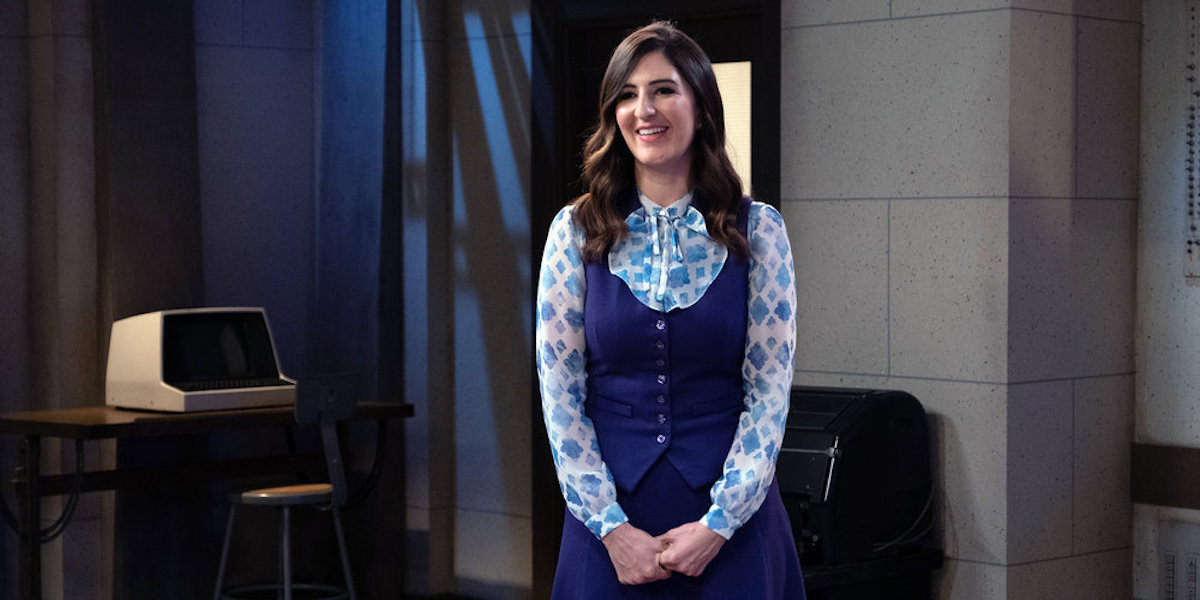 That’s not to say that the work of saving humanity was easy (obviously, multiple seasons of effort attest to the fact that it wasn’t.) But the labor appears to be over in The Good Place season 4, episode 11, the burden laid down for Chidi and Eleanor in their unlikely romance, and for Michael in his previously ceaseless efforts. The final test is left untaken, the last rock rolled up the hill by itself.

That’s why it feels like The Good Place still has a pin left to pop that golden balloon. If there is anything the series has taught us, its that improvement (of the self, of your relationships, and perhaps of the entire macro-concept of the Afterlife) is not a limited labor. There is always work left to do.

So as they sail up to what may-or-may-not-be heaven, the question for the Soul Squad might be less about celebrating their eternal rest, and more about what, inevitably, comes next.

Vicky: I know Tahani very well. Self-obsessed, family issues, way too into being tall.
Tahani: Typical Vicky, throwing shade. But it doesn’t matter, because I’m casting it. Because I’m closer to the sun. I’m tall.

Eleanor: Oh no. I knew it. You hate me now. What did it, that time I was subpoenaed by the Make-A-Wish Foundation?

Eleanor: If you read my file and you’re good, then we’re good. Unless there’s something in your file that would freak me out, like you kept out a library book past the due date.
Chidi: But I moved! And it got buried in the bottom of a box, I put the library in my will to make up for it!

Michael: Okay! So. Couple of things. We’re not using chainsaw bears anymore. Remember?
Megan: Right. Okay, yeah. What else?
Michael: It was mainly that one thing.

Jason: What’s going on, dog? I know you’re upset. You have a tell.
Chidi: I do?
Jason:Yeah. You telled Eleanor before that you were upset, and I think you still are.

Megan: Okay! It’s like her parents were the chainsaw bear, but instead of chopping off her head, they chopped off her self-esteem?
Vicky: Yes! Megan! Good! Take what you know about them and then force them into moments of personal difficulty. Think of it as flattening the penises of their heart.
Steve: Oh! Now it makes sense.

Janet: Once on Earth, I didn’t know something, and I had to ask Alexa. I felt dirty.

Jason: You were right. Janet and I are different. Maybe it can’t last — maybe we’re like the Montagues and Capulets.
Chidi: How do you know that?
Jason: I read some books man, geez!