‘The Good Place’ season 4, episode 10 review: Ya gotta be cruel to be kind

“Shawn, you used to be cool, but you’ve changed, man!” Here’s our breakdown of The Good Place season 4, episode 10.

After an extended hiatus, The Good Place is back for its final four episodes! When last we left the Soul Squad, Chidi had all of his memories restored, and an epiphany about the universe to boot — not bad!

But the clock is ticking as the Judge looks for the Earth Erasing Clicker Thing, and in The Good Place season 4, episode 10, it’s time for the Soul Squad to stop forking around and solve the Afterlife. They can do that, right?

What happened on ‘The Good Place’ season 4, episode 10?

Janet follows the Judge on her hunt for the Earth Eraser through the other Janets (I don’t know if that makes sense, but it happened), trying to stall the destruction of Earth. In the Courtroom, Chidi tells Eleanor that he loves her, surprising her with his certainty, and gets down to the work of fixing the Afterlife.

Chidi identifies excessive cruelty as the central issue with the current system — most people don’t cause nearly as much cruelty as they wind up inevitably experiencing in the Bad Place. Michael proposes instituting a permanent Medium Place, where the unexceptionally bad or good of humanity will spend eternity, but Shawn puts on the kibosh.

Eleanor tries to offer Shawn what she thinks he wants — the Soul Squad to torture in exchange for his agreement. Shawn again says no, so the Squad decides to go out on their own terms, proposing a fair Afterlife system that will truly help humanity.

The Judge realizes that the Earth-Eraser is in our Janet, and pops inside her void. Janet pulls the rest of the group in after her, and the Soul Squad presents their proposal to the Judge, Shawn, and Timothy Olyphant.

The plan: In the new system, life on Earth will be judged with points, as always — but life won’t be the final test. Instead, the Afterlife will function as a testing ground for the morals each person struggled with on Earth. They will have the same chance that Eleanor, Chidi, Tahani, and Jason accidentally had in their neighborhood — a chance to get better. 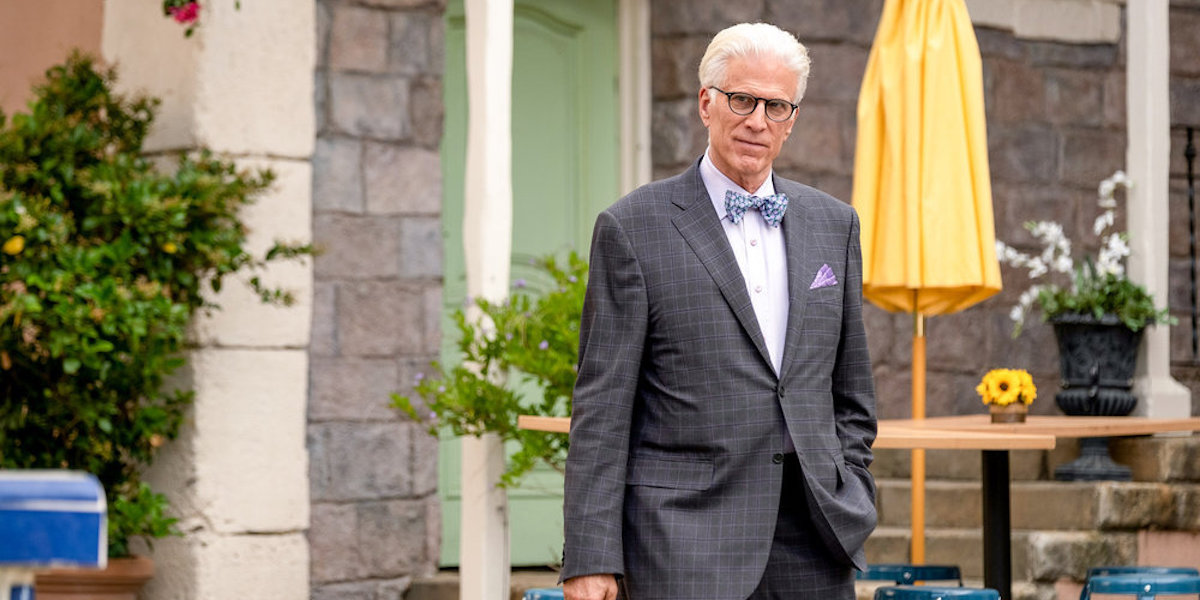 Another twist: Failed testers will go over their failures with the architects and then be rebooted to try again, but with a very vague memory of their past experiences guiding the way to better moral decisions. Chidi and Janet are presented as examples of the power of past experience and rebooting.

The Judge is impressed, but once again, Shawn swipes left. The Judge continues to seek the clicker, but Michael won’t give up. He goes to Shawn, conceding defeat. Shawn panics; it turns out that he knows the system is broken and has been relying on his merry war with Michael to keep him entertained.

Everyone gathers in the Judge’s chambers, and just before she restarts the Earth, Michael announces that Shawn has agreed. After Jason tosses the clicker in celebration, she asks what they have to do next. Everyone turns to Chidi.

Even for a show positively brimming with theses about moral philosophy, The Good Place season 4, episode 10 is unusually direct in its prescription of metaphysical justice — that elusive goal which Eleanor seeks for the Afterlife.

Appropriately for the final act of this all-too-fleeting series, “You’ve Changed Man” lays the ethical cards on the table, revealing a sturdy (if somewhat incomplete) definition of the good. 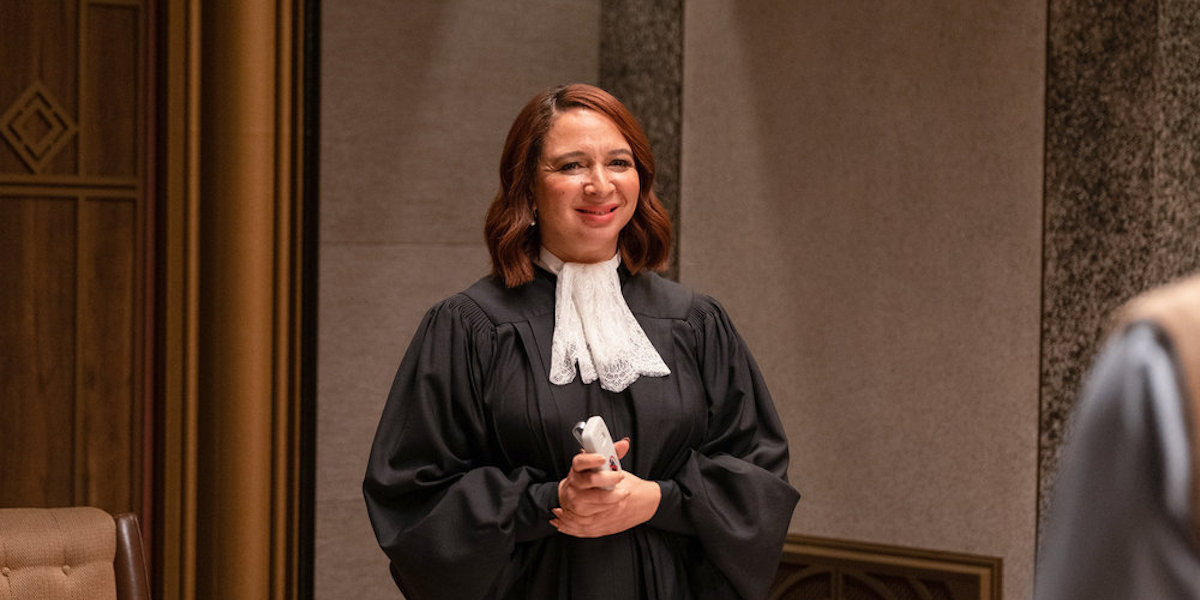 The thing is, unlike most of The Good Place, this episode isn’t engaged with human morality or practical ethics. The Good Place season 4, episode 10 is about the aftermath; the reward or punishment to all of our perceived realities undertaken on Earth.

That puts “You’ve Changed, Man” not just into the realm of metaphysical theory, but into a frankly spiritual context with which the show — for all of its empathy and brilliance — isn’t quite prepared to engaged. And fair enough; the point of The Good Place was never to debate religion.

But even as it elides the spiritual angle of eternal justice, The Good Place season 4, episode 10 can’t avoid bumping into concepts like intermediate morality (the theoretical “Medium Place”) and the kind of Purgatory experienced by rebooted souls who never improve enough to make it to the Good Place. 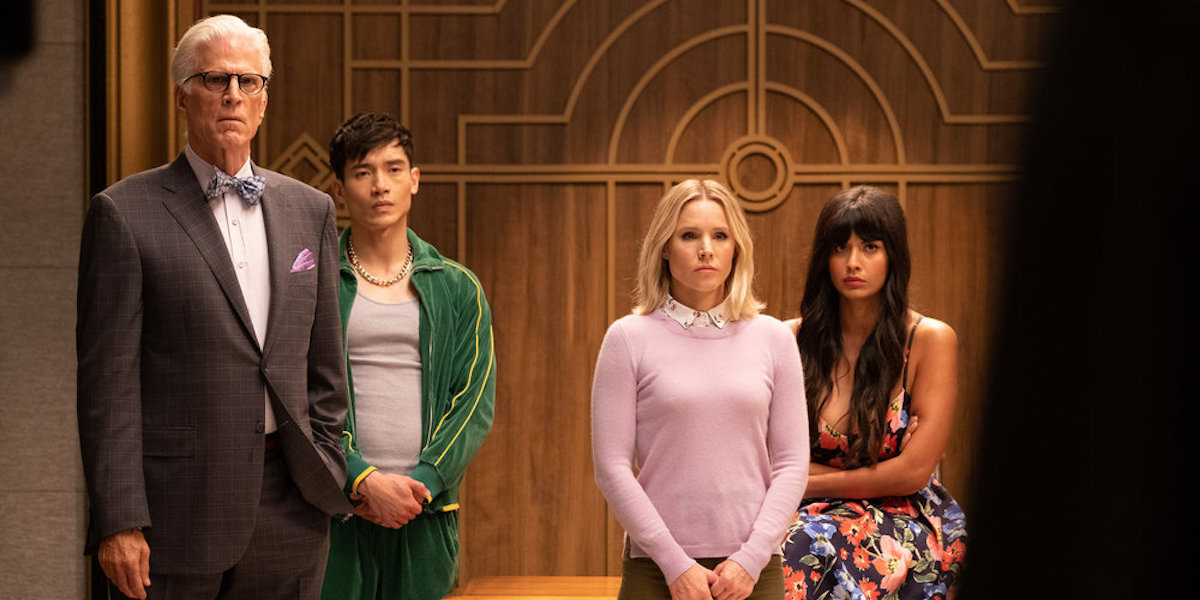 Instead of direct spirituality, The Good Place does what often does best: Present metaphors for the intangible ideas that it is trying to convey. In this case, the Judge’s tour through the parade of Janet voids quietly stands in the place of a bigger question: How do we know that this is real?

Without a spiritual backdrop, the entire concept of an Afterlife — much less one dictated by human definitions of Good and Evil — is profoundly shaky. It’s a question to which there can be no definitive answer.

And so, as the Judge (…God?) trudges through each of the different Janets’ voids (places of ultimate certainty, where for each not-a-woman, everything makes sense), trying to end reality itself, she keeps asking an amorphous question with a negative answer.

The Earth-Erasing Clicker Thingy Is Not Here.

When the Judge finally does find the general location of that nebulous thing, she is presented with more tangible uncertainties.

I don’t think it’s an accident that the Soul Squad (and The Good Place) delivers their diagnosis of a just Afterlife in a void, or that “Timothy Olyphant” is there at the same time. Olyphant’s appearance is a joke, sure, but he’s also a construction of Janet’s who embodies the traits of a fictional character.

Like the Afterlife, he’s real, and he may not be real at all. 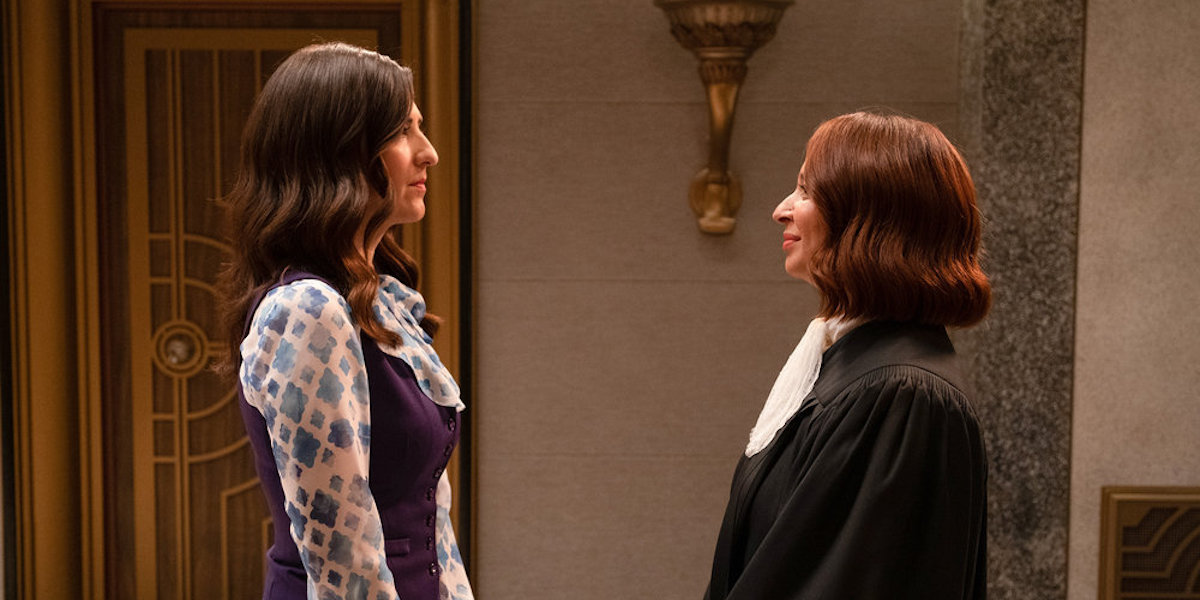 To counterbalance the fact that its most critical idea is not so much philosophy as it is speculation, The Good Place season 4, episode 10 hones in on a few emotional truths. Shawn has a telling moment of disclosure — for he and Michael, the entire prospect of the end of reality isn’t, itself, entirely real.

They, unlike humanity, will endure — but it’s the fact of that very endurance that has brought Shawn to the point of compromise. The only real thing for him now is not the torture he so delights in relating, but Michael and the merry war betwixt them.

And of course, Chidi’s new all-systems download has invested him with the confidence to affirm his and Eleanor’s love between them as a force of reality… just in time for Chidi to demure from the opportunity to make his ultimate Afterlife real.

Maybe that won’t be significant. But with only three episodes to go, it’s hard not to wonder if the romantic pillar of The Good Place will stand up to whatever comprises its final trials.

The Judge: Well, it wasn’t in you. Any last words?
Neutral Janet: These are my last words. End of words.

The Judge: Last time I checked, I didn’t have a dad. That’s why I’m attracted to the father figures on all the TV shows I watch, mkay?

Chidi: Can one of you Janets get me chalkboard and a copy of Judith Shklar’s Ordinary Vices? Oh, and maybe some warm pretzels! If we goin’ out, I’m going out with a belly full of warm pretzels. Yummy yum yum! Yummy!

Tahani: Compromise is always possible! I was once in Portofino with Bruno Mars, Lebron James, and Dr. Ruth Westheimer—
Eleanor: We don’t have time for this right now, babe.
Tahani: Fine. Long story short, Lebron performed a successful tracheotomy, the song won multiple Grammys, and everyone was really happy!
Eleanor: …Well now I want to hear this story.

Eleanor: Maybe if you score negative points on Earth, sorry, you blew it, enjoy having your penis flattened. Over a million or whatever, party time! And everyone else in between gets their own personal Cincinnati!

Shawn: Look, I put forward a proposal. Are you not even going to negotiate?
Chuck: He’s got a point. The fair thing for us to do is just keep on giving up more and more stuff we want, unilaterally, until this demon is finally happy!

Shawn: Hold the phone. What are my demons doing this whole time? I have millions of lava monsters down there who’ll be out of a job. I ask you: Into whose throats are they supposed to pour lava?
Michael: Well, bad news is, no more throat lava or penis-flattenings.
Shawn: Then what are we doing to their penises?
Michael: Well, largely, ignoring them.
Shawn: You guys are hearing this? I’m not crazy, right?
Timothy Olyphant: No, I mean, it’s a fair question.
Eleanor: Who’s side are you on, man??
Timothy Olyphant: I don’t have a dog in this fight, little lady! I’m just looking for clarity.

Janet: Getting rebooted over and over made me a better not-a-person than I’ve ever been. Humans should get the same opportunity.

Shawn: Fighting you is the most fun I’ve ever had. I mean, you know. You corkscrew your first eyeball and you’re like, man, I can’t believe they’re paying me to do this. By the trillionth, it’s like, I should have just been a teacher.