‘The Flash’ screener secrets: 5 teases ahead of the season 6 premiere

Read our spoiler-free secrets from an early viewing of The Flash season 6, episode 1!

‘The Flash’ screener secrets: 5 teases ahead of the season 6 premiere

Read our spoiler-free secrets from an early viewing of The Flash season 6, episode 1!

On The Flash season 6 premiere, Iris and Barry throw themselves into their work on Team Flash without Nora, while Caitlin and Killer Frost deal with new circumstances that put them at odds from the inside.

It has felt like months since The Flash was on our screens, hasn’t it? With “Crisis on Infinite Earths” imminent, and Barry’s disappearance in the midst of it a serious upcoming consequence following half of The Flash season 6, the series has a lot to live up to as it follows through on something that’s been brewing since the pilot episode.

We had a chance to view The Flash season 6 premiere early and, honestly, the promotion over the last few months seems a bit misleading (more on this in our review of the episode, which will be published on Tuesday). Nonetheless, it’s great to have the Scarlet Speedster back, and I’m sure we are all looking forward to his journey this season as the most important event of his superhero life comes to pass.

We’ve put together a few teases of what’s to come to tide you over on the last day(s) of hiatus! 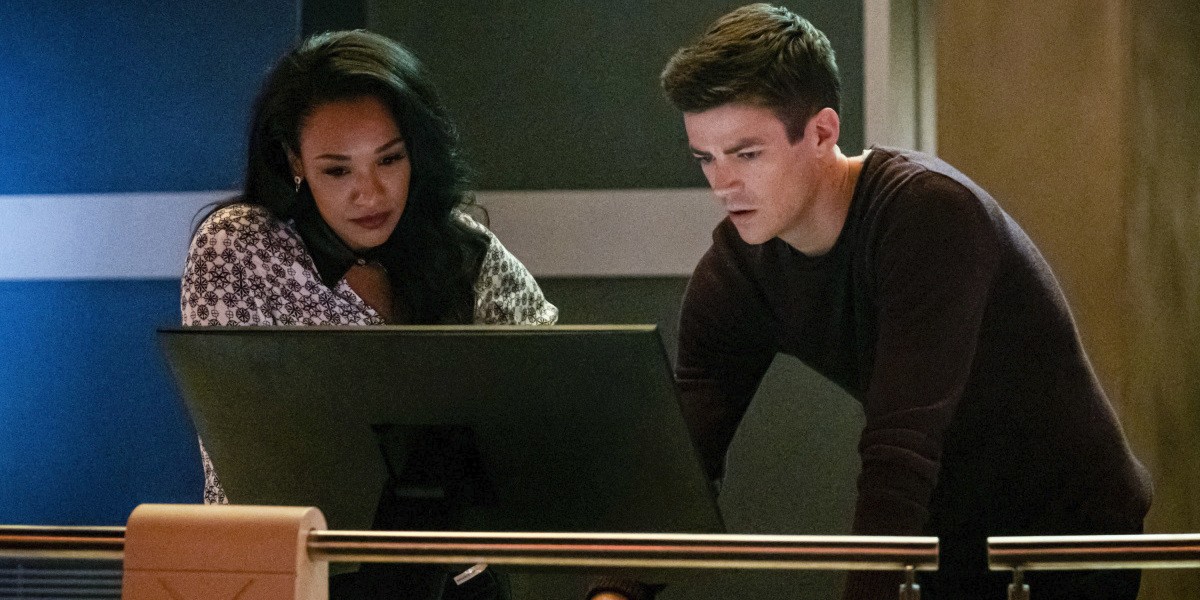 As strange as it is to say, The Flash season 6 premiere focused heavily on Iris, rather than the Scarlet Speedster himself. Barry definitely plays a decent part, particularly in stopping the threat to Central City as one would expect, but Iris plays a pivotal role (which is also because of the renewed focus on her journalism career). It is also Iris’ grief over Nora that is more thoroughly explored, rather than Barry’s… at least for the moment.

As we’ve been told, The Flash season 6 will be split into two (or three) parts. First will be the focus on Bloodwork, “Crisis on Infinite Earths” will be the “interlude,” while, presumably, Godspeed (and obviously the “Crisis” aftermath) will take the focus of the back half.

That said, Godspeed does make an appearance in the episode, even though the story is primarily setting up Ramsey Rosso’s backstory and motivations for his new, dangerous, and unexplored path. 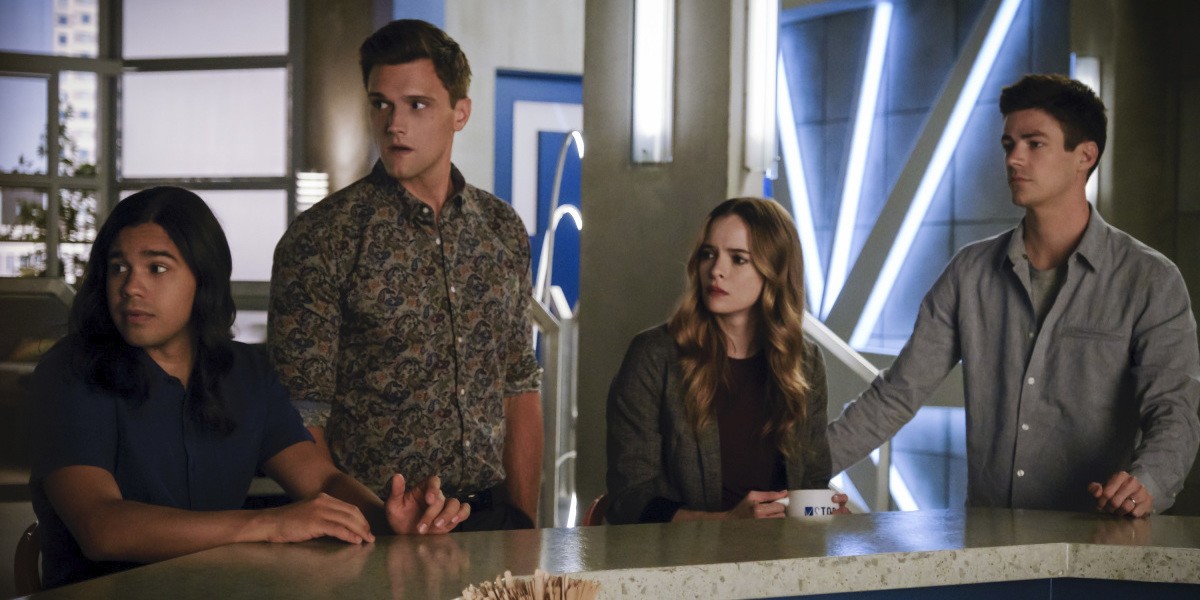 The Flash season 6 does pick up shortly after the events of the finale to do a bit of further exploration, but very quickly there is a time jump to some months in the future (aligning The Flash closer to where Arrow season 7’s timeline left off). Despite this, as teased, Iris and Barry are still very much grieving for Nora.

Despite becoming a team last season, Caitlin and Killer Frost have some issues to work out in this episode. Namely, Frost hasn’t come out since shortly after their father, Thomas, died. Even when she’s absolutely needed.

During the episode, communication between the two (women, personalities? How are we describing the two sides to Caitlin?) is vital to figuring out their circumstances. Stunningly, it’s Ralph who helps these two work out and understand what’s going on. 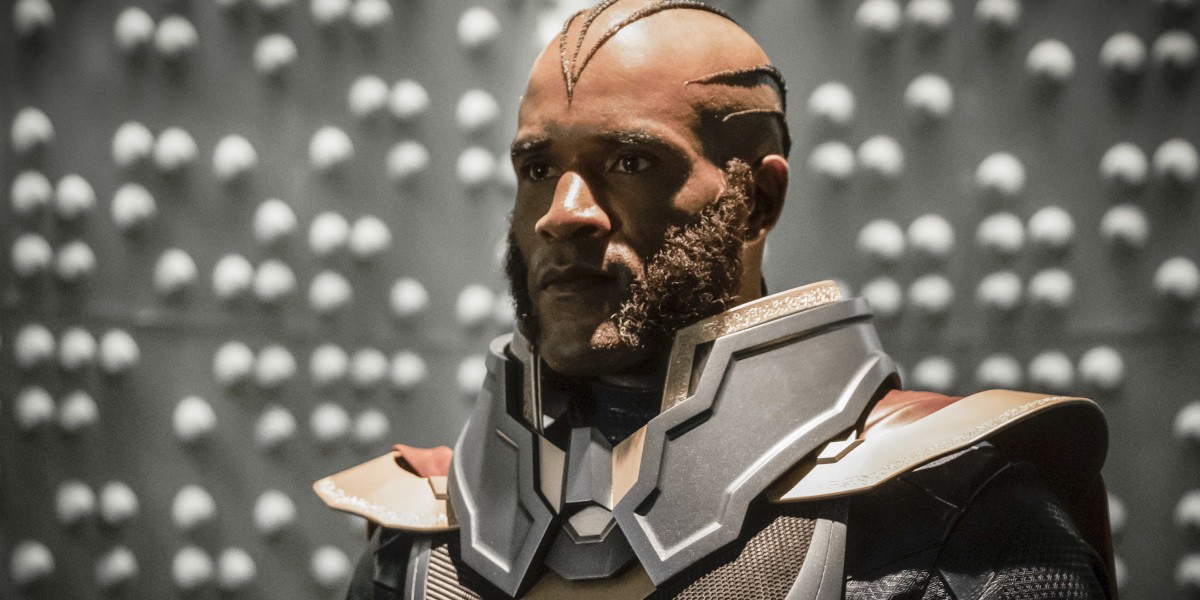 For those wondering, yes, there will be a tie-in to the upcoming crossover event that leaves Barry and Iris well aware of the change of circumstances surrounding it (with The Monitor appearing, as seen in the photo above). Only the end of the episode feels like a set-up for the season, rather than starting off strong with the life-shattering news that Barry doesn’t have another five years to deal with and avoid his inevitable disappearance.

Not to ruin the excitement, but I do not believe the episode worked as the lead off for the season. While I absolutely adore the rare focus on both Iris and Caitlin, always, The Flash season 6 premiere seemed more like a filler episode than the episode to set the tone for the coming 21 episodes. If this were, say, episode 2 of the season, it would have been a very good episode. But for the premiere, it fell entirely on its face.

(And, please, understand how much it pains me to say this as a huge fan of both Iris and Caitlin. Many of my favorite Flash episodes are centered around them; it just didn’t work under these circumstances.)

The ending, however, is worth watching the entire episode for, as it is what is going to lead to an incredible Flash season. And, for those who love Iris and/or Caitlin, you won’t be disappointed with the premiere. It is curious why the writers chose to focus less on Barry during the season 6 premiere episode of his show… I guess we’ll have to wait and see if there’s an explanation.

Stay tuned to Hypable for news, reviews, interviews, and the following previews (like this one!) for The Flash season 6!

The Flash returns Tuesday, October 8 at 8 p.m. ET on The CW! Will you be watching?

‘Harry Potter’ changed my life – how did it change yours?

'Roswell' season 3: The good and the bad

‘Cursed Child’: Did J.K. Rowling ever hint at THAT romance in original series canon?

'So You Think You Can Dance's' most memorable routines