If, like myself, you find yourself immediately beginning a rewatch of Ted Lasso the second you finish it, you may also discover that you’re collecting Ted’s wittiest sayings to use when you most need them. No matter whether it’s work, love, folks, or a mixture mucking up your life, Ted Lasso has a few quotes to get you through it.

Related: ‘Ted Lasso’ season 2 release date, plot, cast: What we know and when we’ll see it

And I mean, you could pick just about any character, collect your favorite quotes from them, and have a myriad of funny or moving Ted Lasso quotes, but it all starts and ends with the man, the myth, the football coach, Ted Lasso. So, here are a few of our favorite lines from the mouth of the best coach around.

‘Ted Lasso’ quotes that will change your life

You can always count on Ted to brighten up a dull day, and the following Ted Lasso quotes, for one reason or another, definitely have a way of making just about any rotten day seem a little bit brighter. 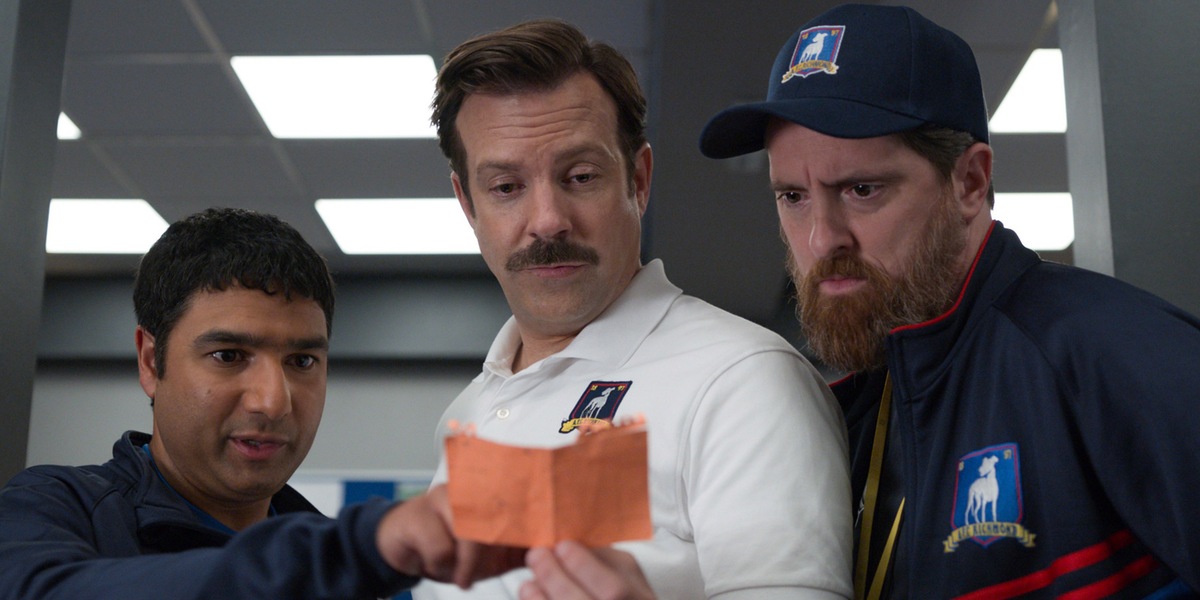 ‘Oh, come on, I would not bet on that, unless you want to win a buttload of money.’

For when someone tells you something obvious and and a really great bet.

“You know what the happiest animal on Earth is? It’s a goldfish. You know why? Got a ten-second memory. Be a goldfish, Sam.”

Jamie Tartt: “Coach, I’m me. Why would I want to be anything else?”
Ted Lasso: “I’m not sure you realize how psychologically healthy that actually is.”

For when you find yourself pretty damn proud of the awesome human you’ve turned out to be so far.

“Hey, takin’ on a challenge is a lot like ridin’ a horse. If you’re comfortable while you’re doin’ it, you’re probably doin’ it wrong.”

For when you need to stretch your limits and test the reins a bit. Challenges aren’t meant to be easy, so you’re gonna have to really work for success.

“This woman right here is strong, confident, and powerful. Boss, I tell ya, I’d hate to see you and Michelle Obama arm wrestle, but I wouldn’t be able to take my eyes off it, either.”

For when you just need a boost of confidence. I mean, Ted is totally right here. Rebecca’s bicep game is Michelle-Obama-level, but he’s also always there to make you feel good about yourself.

Coach Beard: “Why you windin’ him up?”
Ted Lasso: “Because he’s the one, coach. If we’re gonna make an impact here, the first domino needs to fall right inside of that man’s heart.”

For when you just need to know that there’s a greater plan or purpose for all life’s challenges. Ted is quick to know who the emotional center of his new team is, and he knows just now to make change happen. Just a perfect example of how Ted Lasso quotes can do more than make you laugh or smile.

“Congrats, you both just met a cool person!”

For, I mean, every day of your life. Greet strangers, smile at passers-by, and just revel in the great number of cool people you can meet pretty much any day. 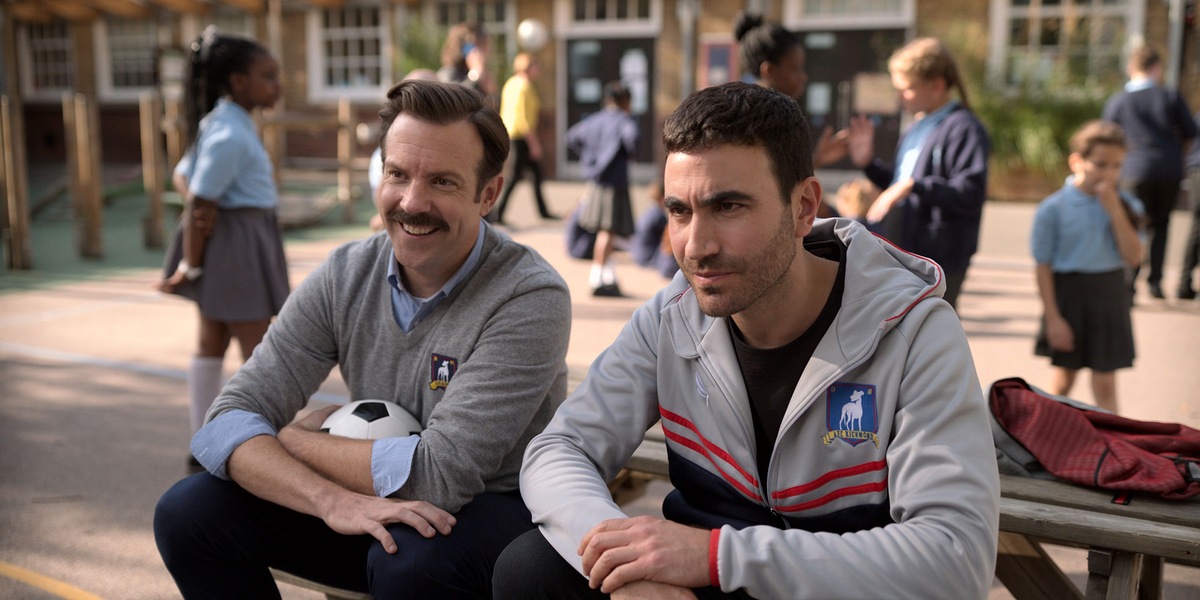 “For me, success is not about the wins and losses. It’s about helping these young fellas be the best versions of themselves on and off the field.”

For when you need to remember there’s more to life than winning, whether it’s a football game or a promotion. I mean, here’s how we should really measure success. The most obvious way is to count wins and losses and be done with it, but there are so many other ways to be successful in the world.

“I like the idea of someone becoming rich because of what they gave to the world, not just because of who their family is.”

For when you need to feel that there’s some sense of justice in the world. Ted is all about rewarding those who do good, and I am so down for that.

For when you really want to think about where you’re motivation is coming from. Is your attitude because you’re being a judgmental asshat? If you came from a place of curiosity, rather than judgement, would you be living a better life? I think I am so ready for a list of quotes that Ted Lasso quotes. His philosophical heavy hitters.

“Little girls are mysterious. And silly and powerful. I gave up trying to figure them out years ago.”

For when you need to be reminded that children, and especially little girls, are the future. They are awesome, incredible little humans, getting ready to unleash their positivity on the world, and we just need to give them the space to do their thing.

“I want you to know, I value each of your opinions, even when you’re wrong.”

For when you need a little dose of truth. Ted is happy to hear everyone out, but when it comes down to it, he’s the coach. So, it’s okay to be wrong.

“Our goal is to go out like Willie Nelson – on a high!”

For when you want to channel peak Ted Lasso energy. This one is a little silly, a lot positive, and just catchy enough to stick in your brain long after you’ve completed your first, fifth, or fiftieth Ted Lasso rewatch. This is honestly one of my favorite Ted Lasso quotes because it’s so simple, but always makes me smile.

For when you are most in need of Ted’s hope. I mean, it doesn’t get any more Ted Lasso than this. Hope is belief, and belief is hope.

Did we miss your favorite Ted Lasso quote? Reach out to us on social media and share yours!