Update 4/20/21: And we have a release date! Look just below for the start date just shared by the official Ted Lasso Twitter account. And good news! It’s earlier than we thought!

AND we have a trailer, too!

After picking up a Golden Globe, a Screen Actor’s Guild award, and a Critic’s Choice award for his performance as Ted Lasso, Jason Sudeikis has even the most casual TV fans asking, “Who’s this Ted Lasso guy?”

The answer is: The lead character in an absolutely hilarious, sardonic, but upliftingly enthusiastic comedy that you definitely don’t want to miss. Those that aren’t already on the Ted Lasso train will surely find themselves curious about this juggernaut of comedic genius.

And for those that have already discovered Ted Lasso since its release on Apple TV+ last August, here’s everything you need to know about when new episodes are coming, as well as who and what we’ll see when they do.

Everything we know about the future of ‘Ted Lasso’ 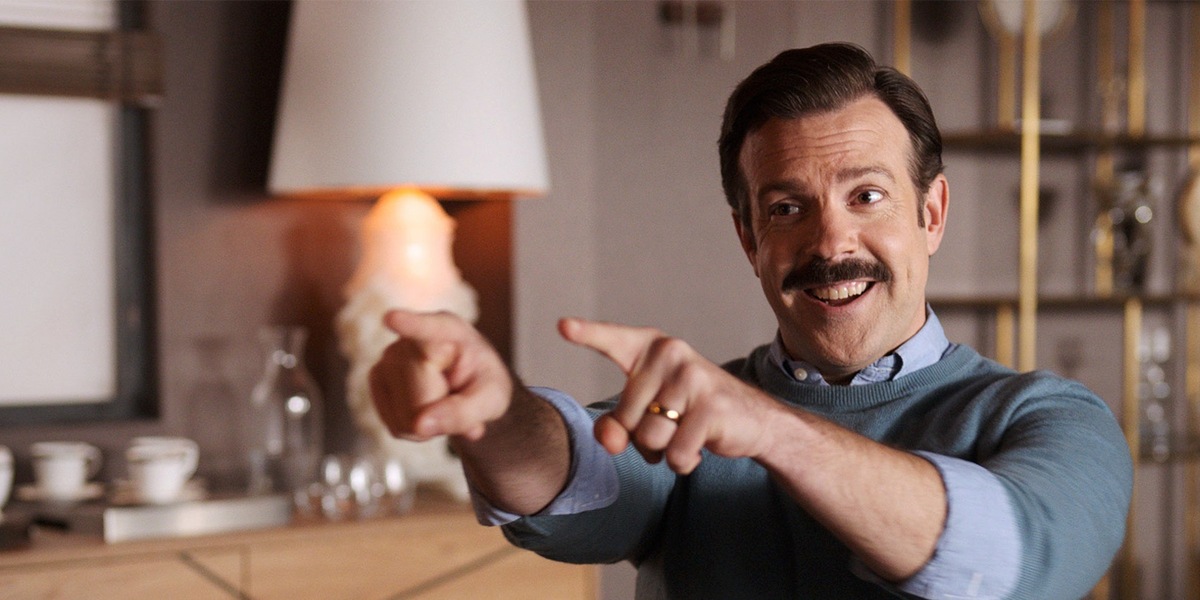 UPDATE: It looks like we have ourselves a release date!

Courtesy of the verified Ted Lasso account, we know exactly when Richmond will be back on the pitch.

‘Cause guess what, Greyhounds? Our 2nd season starts 7/23! Can I get a Bah Amen!? That’s what I used to think they were called

The Ted Lasso season 2 renewal came just days after the release of the first few episodes of season 1, and was for another 10 episode season. But, in a recent interview with Collider, Juno Temple let slip that Ted Lasso season 2 will actually be 12 episodes long. After confirming the news with sources at Apple TV+, it was learned that this extension was done due to the needs of the story.

Apple TV+ also decided to gift us a special present in October, and granted Ted Lasso a season 3. So, while we anxiously await Ted Lasso season 2’s release date, at least we know we’ll definitely get season 3 as well.

Now, just a few short weeks ago, Bill Lawrence, one of Ted Lasso‘s credited creators, answered a fan question, giving us all a pretty good idea of when we’ll get to see where Ted Lasso season 2 will take AFC Richmond next:

Same time season 1 was released. We are shooting it now. Thanks so much for digging it. #TedLasso 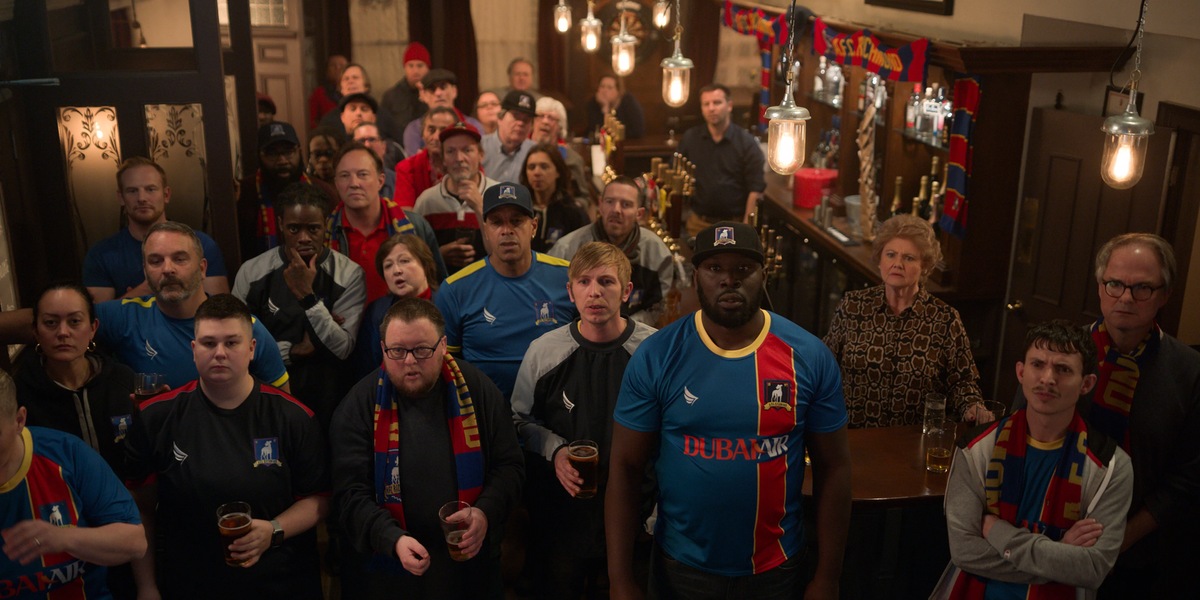 We might not be able to talk specifics for Ted Lasso season 2, especially since we haven’t gotten an official description yet, but after the events of season 1, we can assume that we will probably be watching this football club try and get their Premier standing back.

So, AFC Richmond will more than likely be starting their first season in their new league after being demoted at the end of season 1.

Personally, I think this sets them up for a continuous underdog story that was only just getting started in Ted Lasso season 1. Now they have to fight to win in their new league and hopefully do well enough to get promoted back to the top tier of English football clubs.

On a more character-by-character basis, Ted will more than likely be feeling out his place in the world after his divorce, in addition to finding ways to continue guide his team to cohesion, and eventually, back to the Premier league.

Rebecca Welton will more than likely continue to heal after the mistreatment at the hands of her ex. I would be disappointed if we don’t get more ladies club interactions with Rebecca, Keeley, and Sassy, so hopefully Rebecca will call on her bestie to make another trip to Richmond.

I certainly hope to see Roy Kent and Keeley Jones continue their sweet and seemingly fated romance. Especially since Roy’s future as a retired player is certain to keep him as grumpy as ever. I also hope to see Keeley’s future blossom as a PR agent for Richmond, putting together promotional and sponsorship opportunities for everyone on the team.

I would love to see more of Nate the Great’s personal life, too. Season 1 showed us how he excels when given the slightest opportunity, and with his promotion from kit man to coach, hopefully his confidence soars in season 2.

We also know that Jamie Tartt’s season ended with him being berated by his father for passing the ball, despite Manchester City winning and sending Richmond to the Championship league. There is so much growth left for his character, that we can only hope to see much more of him in Ted Lasso season 2. 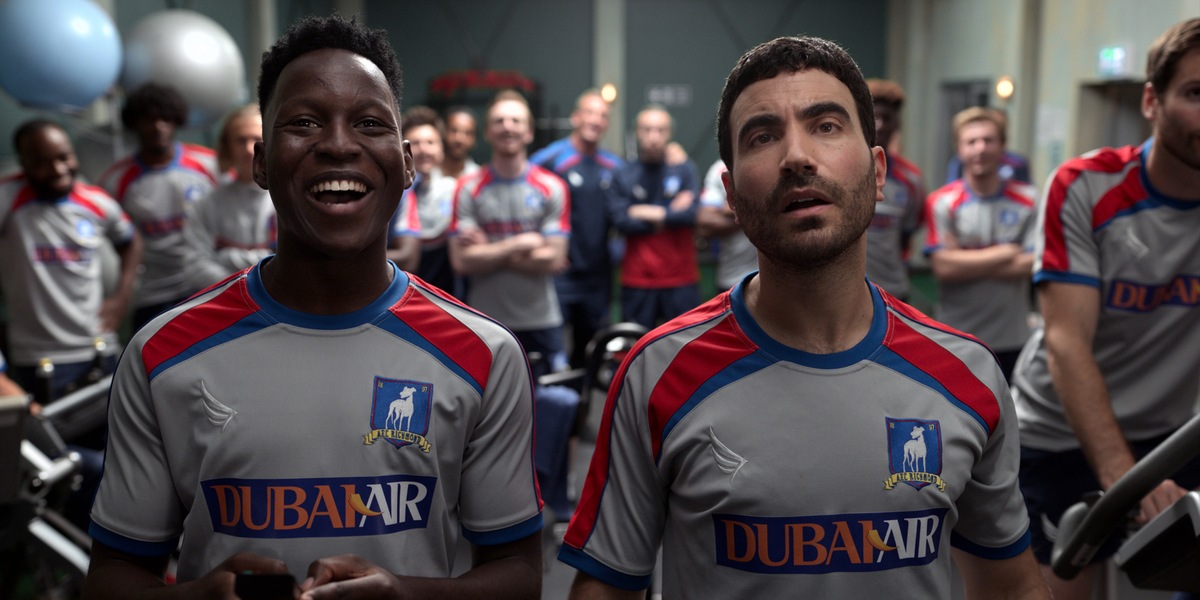 It seems like the whole crew will be back, although there have been no official announcements. Jeremy Swift, who plays Higgins, the Director of Football at Richmond, recently tweeted about his return to season 2, and with Apple TV sharing that pic of our three coaches, I’m sure we’ll see Ted, Beard, and Nate back as well.

I would expect the main cast to stay pretty much intact. As far as for Phil Dunster’s Jamie Tartt, who was no longer playing for Richmond at the end of season 1, we can only imagine he’ll continue to play a role in some capacity on the show. Especially after his final season 1 moments with Ted through that window. There’s a lot of growth left for his character, so I doubt he’ll just disappear.

Most definitely you’ll see Jason Sudeikis, Hannah Waddingham, Juno Temple, and Brett Goldstein reprising their roles, but I would be surprised if anyone wanted to miss out on returning for Ted Lasso season 2.

Details are still scarce regarding Ted Lasso season 2, so make sure to check back as more information is shared and trailers, images, descriptions, and more are released.