Taylor Swift’s Lover is almost here. Here’s everything we know about the album, so far.

After months of speculation and deciphering clues and Easter eggs, all of Lover’s secrets will soon be revealed. From counting palm trees and fence posts to translating french declarations, Swifties have been working non-stop to figure out what’s to come. After Taylor Swift completely changed the game with Reputation, her seventh album is attracting more attention than any before it.

Luckily, Miss Swift has been known to hide an Easter egg or two on her social media, in her music videos, and even in her interviews. By putting those clues together with the new music she’s already released from Lover, we’ve managed to figure out quite a bit about the album.

Here’s everything we know about Taylor Swift’s next album, Lover.

When will ‘Lover’ be released? 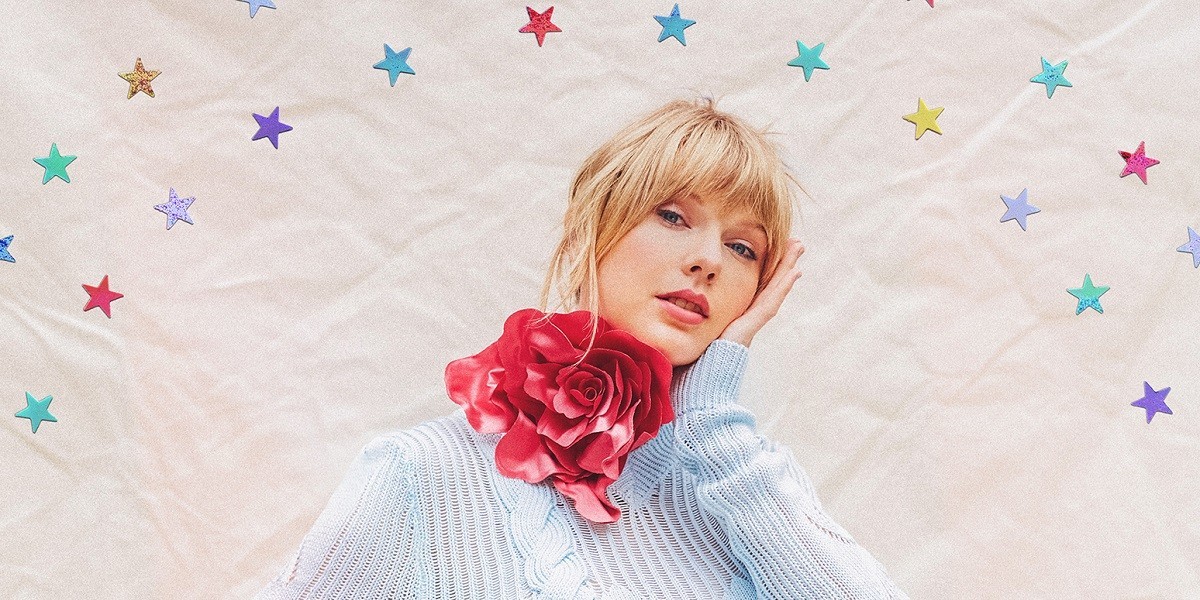 We’re almost there, Swifties! Taylor Swift’s seventh album, Lover, will be released on Friday, August 23! Keep your eyes peeled for the album beginning at midnight (ET) on Thursday night/Friday morning.

What will ‘Lover’ be about? 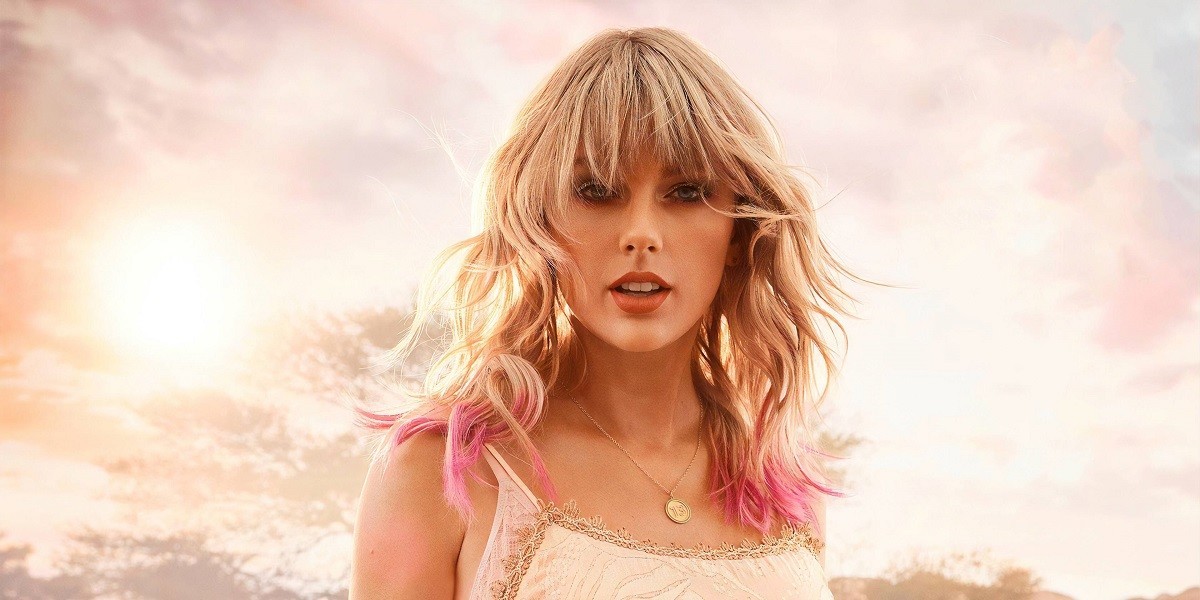 In the past, Taylor Swift has come to be known for her break up songs and albums about tumultuous relationships. With Reputation, she took ownership of her own narrative with powerful anthems and more empowered lyrics than ever before. So, what’s next? Well, it looks like it will be a mix of everything!

We can likely expect something a little happier than we’ve seen in the past, judging by the pastel theme of the Lover album art and the fact that she’s been in a loving relationship for the past three years. “I’m in a much better mood,” Swift told Vogue. “There are so many ways in which this album feels like a new beginning,” she added. “This album is really a love letter to love, in all of its maddening, passionate, exciting, enchanting, horrific, tragic, wonderful glory.”

It’s also possible that the album will showcase more of Taylor Swift’s political values. She’s been widely criticized in the past for not making her political views known, but in the past few months she has endorsed Tennessee candidates, urged young voters to register, and used her You Need to Calm Down single and video to support the LGBTQ+ community and the Equality Act.

We can’t wait for all of this, but if you’re worried that Lover won’t have any of the powerful, cry-your-eyes-out music that you’ve come to love her for, you’re probably okay. “There’s a lot of a lot on this album,” she told EW. “I’m trying to convey an emotional spectrum. I definitely don’t want to have too much of one thing.” She added that there will be a mix of “joyful songs” and some “really, really, really, really sad songs.”

She also confessed to EW that Lover will be more vulnerable than her previous album, and possibly any album before it. “This time around I feel more comfortable being brave enough to be vulnerable, because my fans are brave enough to be vulnerable with me. Once people delve into the album, it’ll become pretty clear that that’s more of the fingerprint of this. That it’s much more of a singer-songwriter, personal journey than the last one.”

How many songs will be on ‘Lover?’ 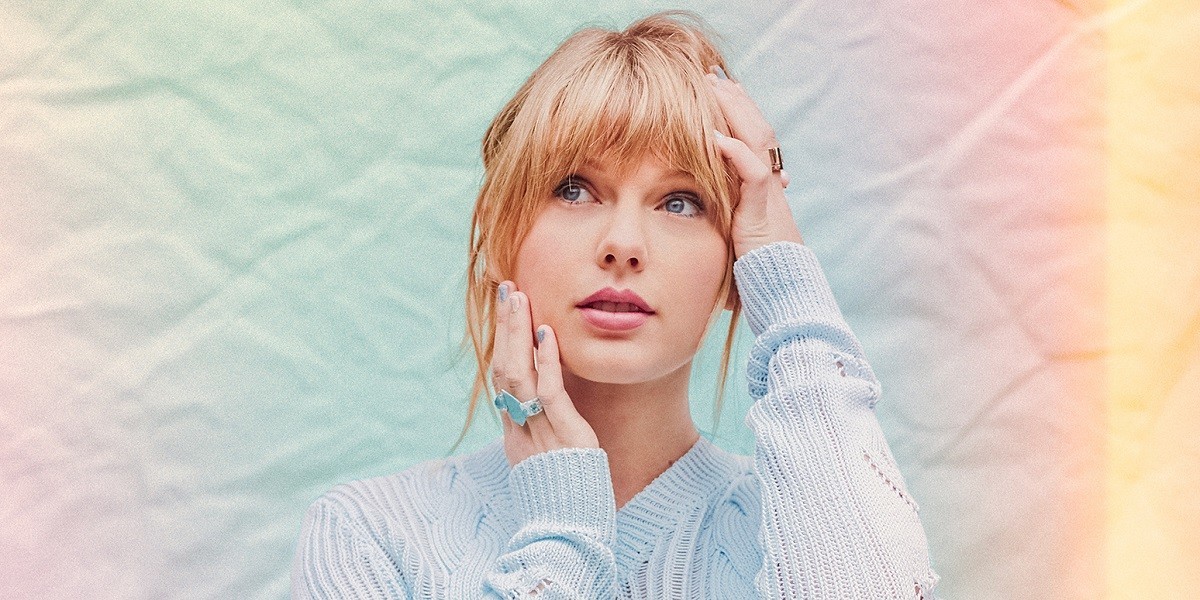 Buckle in for a long ride, Swifties, because Lover will have a whopping 18 tracks. This is longer than any of Taylor Swift’s previous albums, and a long album by anyone’s standards. “I was compiling ideas for a very long time,” she told Vogue. “When I started writing, I couldn’t stop.”

What do we know about the tracks? 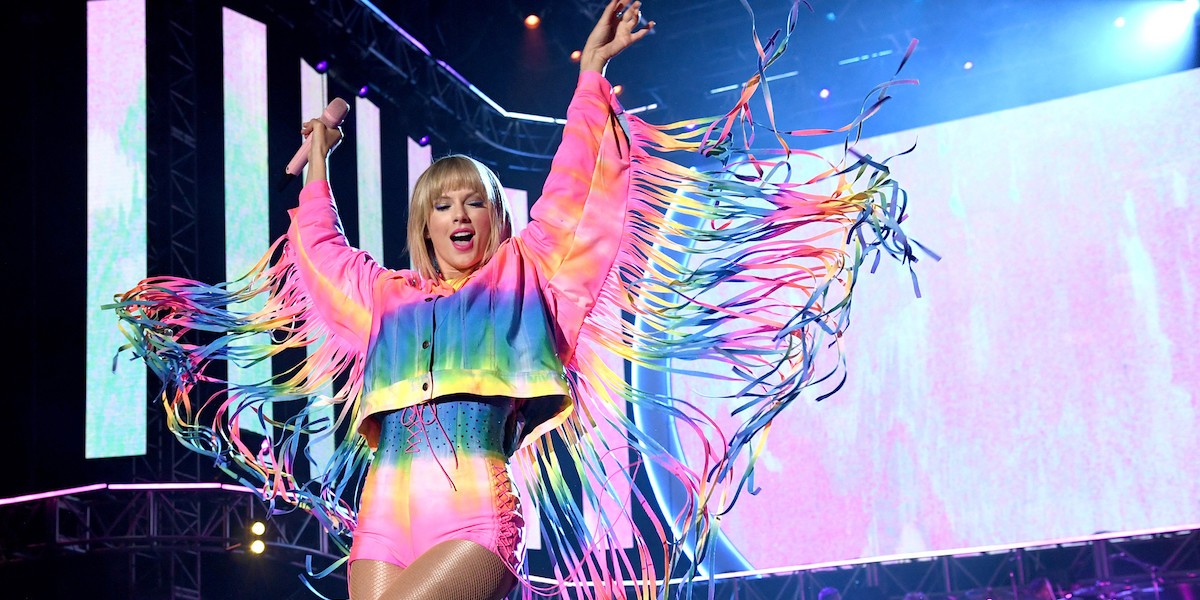 Her first single from the album was “ME!”, which featured Brendon Urie from Panic! At The Disco. The song is an empowering anthem about love and self-worth. The video is pastel-perfect and begins with a snake (reminiscent of the Reputation era) exploding into a group of butterflies. Taylor Swift wrote the song with Urie and Joel Little, who is known for working with Lorde.

Swift collaborated with Little again for her second single, “You Need to Calm Down.” Swift told Vogue, “the first verse is about trolls and cancel culture, and the second verse is about homophobes and the people picketing outside our concerts. The third verse is about successful women being pitted against each other.” The music video featured a beautiful rainbow trailer park and tons of LGBTQ+ celebrities.

The next song Taylor Swift released was “The Archer”, which holds the mythic “Track 5” spot on Lover. It’s a gorgeous ballad about being “ready for combat” even when things are seemingly good, and not being able to trust and accept peace and contentment. She wrote the song with Jack Antonoff, who she worked with on both 1989 and Reputation.

Lastly, Taylor Swift released the title track from the album, “Lover,” which she has the sole writing credit on. It’s an adorable love song that sounds like it was made to be played as a first dance song at a wedding. It references cohabitation and vows, and is even produced to sound like a live band in a wedding hall. A video for the song is supposed to drop on August 22, right before the album is released.

While no more tracks have been released, we do have some more information about what songs we can expect to hear on Lover. In her interview with Vogue, Swift confessed that “The Man” on the album, which will “play with the idea of perception,” and it will explore what the world would say about her if she was male!

She’s already teased from lyrics from “The Man,” which you can see in her Tweet, below.

I’d be a fearless leader. I’d be an alpha type. pic.twitter.com/bzIchKUtJB

What else do we know about Taylor Swift’s ‘Lover?’ 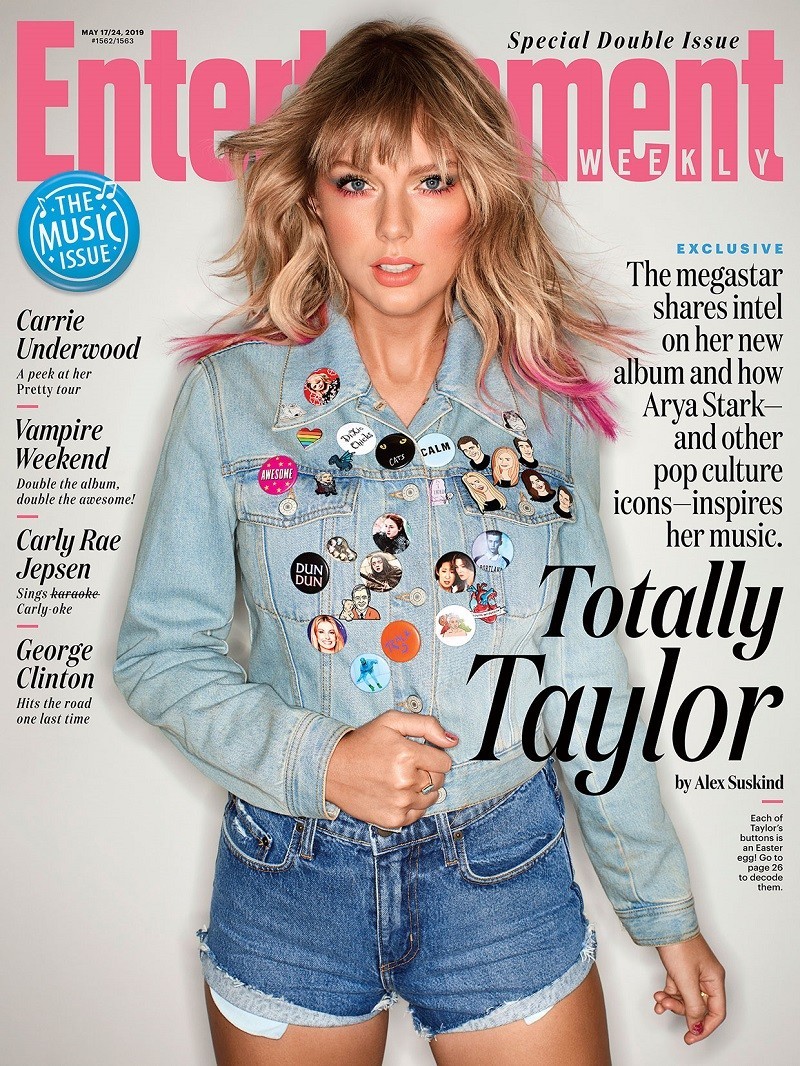 Taylor Swift’s collaboration with the Dixie Chicks was teased with a portrait in the “ME!” music video as well as with a button on her jacket in the picture above (from her EW cover story), which she said was loaded with Easter eggs. See if you can figure out anything else from the jacket, and let us know in the comments!

There has also been a lot of dice imagery circulating Swift’s social media and music videos, so we’re expecting that to make an appearance on one of the tracks.

What do you want from Taylor Swift’s ‘Lover?’

Lessons from 'Grace and Frankie'