On Superman and Lois season 1, episode 15, after being eradicated by Morgan Edge, Clark and Lois must figure out how to save Jordan — and the rest of the world — from being annihilated by several rogue Kryptonians.

Superman and Lois season 1, episode 15 finishes on a high note… at least when it comes to the families around Smallville. As for the series’ tackling of Morgan Edge, let’s just call that a disappointment and move on.

Meanwhile, the season ends with a better idea of what things will look like when we return to Smallville in 2022, and the potential is quite exciting (particularly for Lois). But, first, let’s break down that finale. 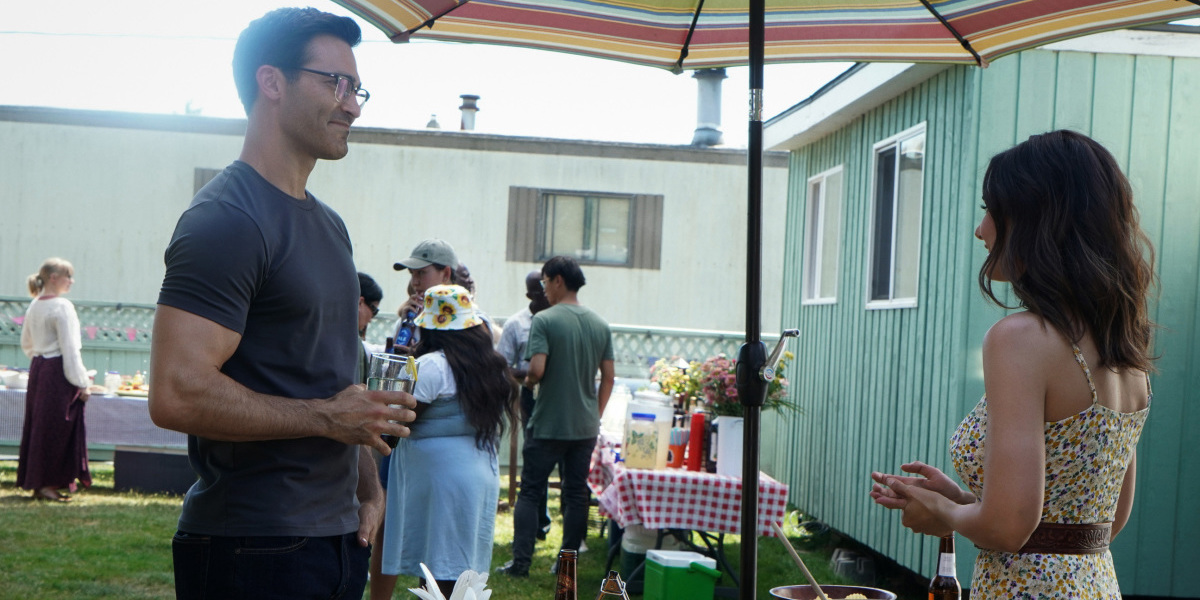 What an episode Superman and Lois season 1, episode 15 was. The action was great and all, but the emotional stakes were really high and those behind-the-scenes delivered.

With Jordan kidnapped by Superman’s biggest foe thus far, Tyler Hoechlin and Elizabeth Tulloch had a big job to tackle, and they pulled it off quite well. The rush of various emotions that parents go through during such a crisis was captured quite well, though more so from Lois than Clark (who had to remain stoic and was holding it together for his wife).

The Edge story was incredibly dissatisfying otherwise, though. Sure, the CGI was great, but really? That’s it? He did all of this for a family (which he wouldn’t have had after his plans were complete anyway)? A series’ first villain is usually the strongest, which is rather concerning for the show going forward. If this is how lackluster their original villain is, how far will things fall?

The family aspect is really holding the show together, and that’s what made this episode feel enjoyable and worthwhile. It wasn’t the payoff after a season of Edge’s shenanigans, it was the response and reaction from the various families that have endured hell through this entire ordeal. It was seeing the Kent-Lane family come together after such a disaster for a bit of happiness.

In season 2, the show really needs to dig deeper into the family dynamics and explore the various relationships a bit more. Things have been established, and focus on the villain can be diminished a bit for this. After all, Edge was probably the worst thing about the entire season. 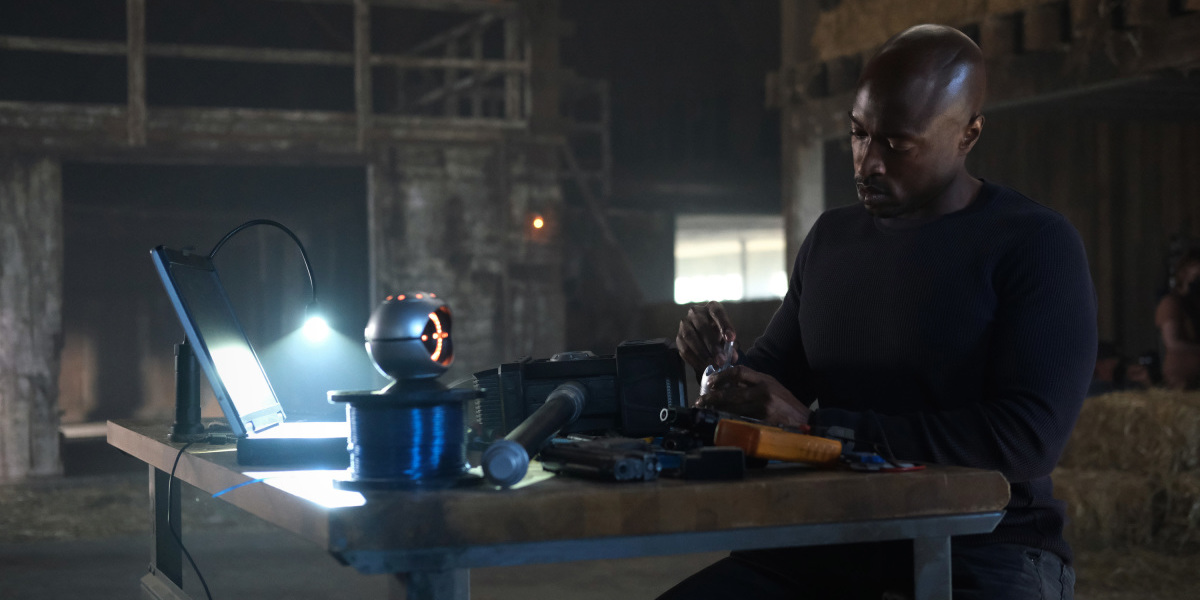 Despite the Edge story ending on a rather lackluster note on Superman and Lois season 1, episode 15, it is incredibly satisfying to see John Henry Irons succeed in stopping Kryptonians from destroying a world. He might not have been able to save his own, but he did preserve one that has just as much potential.

Plus, Natalie showing up (somehow) from their Earth to reunite with her father is such a wonderful twist. It was unclear how John would ever move on from the loss of his world and, above all, his family, especially on an Earth with another version of his wife that he stands no chance to be with. But now we know, and now he has a way forward.

He has Natalie, the most important person, and a version of his sister. He has the chance to rebuild and start a new family, of sorts, Lois and Clark included. I’m sure Jon and Jordan will bond with Natalie next season, forming a sibling-esque bond that will make Natalie a vital part of the show.

Considering Lois lost a daughter she had already named Natalie, perhaps this is a chance for her to find out what that would be like, too. She won’t technically be Natalie’s mother, but she could step in to fill that role (if things don’t get too complicated). Definitely going to be interesting to see how this plays out and if they can succeed in really making this a big family unit without too much weirdness. 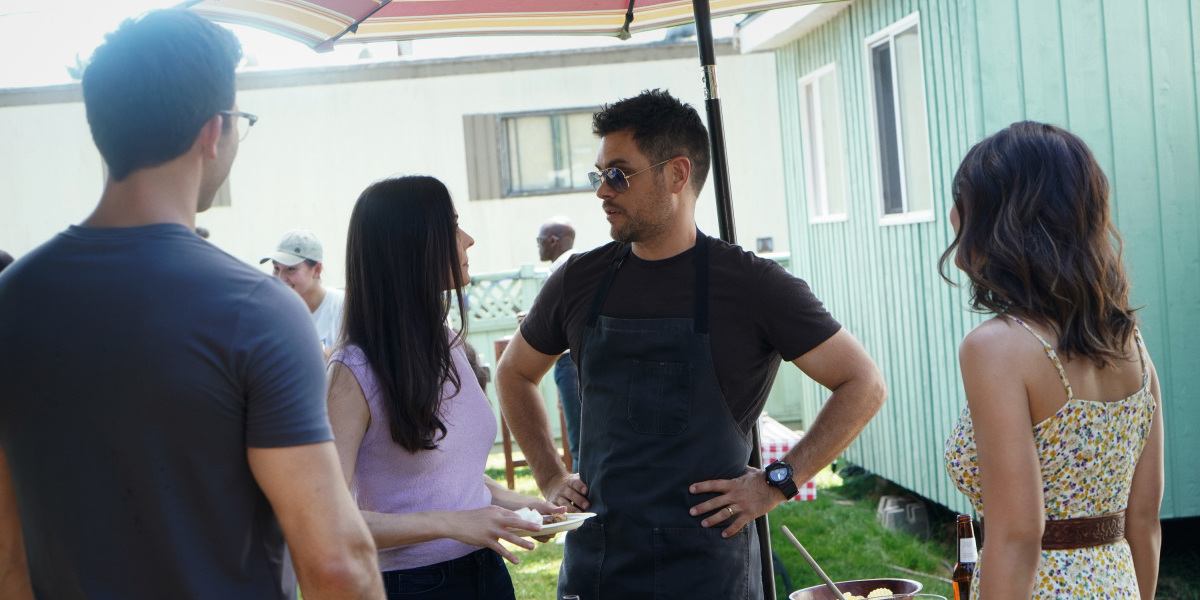 It’s nice to see Lana and Kyle decide to stay and settle in Smallville once again on Superman and Lois season 1, episode 15, but their stories over the season were frustrating at best.

There was no real direction with where they were going to end up. Having the town turn against them was an unexpected surprise that dug a little deeper into the characters and their love for this town, but even that was so short that it didn’t really have time to marinate with the fans.

Lana is repeatedly called the heart of Smallville, but we aren’t really seeing that. Kyle even did more for the town during this most recent crisis than Lana did, which is rather disappointing.

Now that they’ve decided to stay, hopefully there’s some real development and purpose given to these characters. It feels like they’ve only been around because Lana is a Superman character most associated with Smallville, but that they didn’t really want to be writing for her. She has so much potential, so let’s see her step up to help lead Smallville to better days next season. Don’t just let these characters float through the season again. 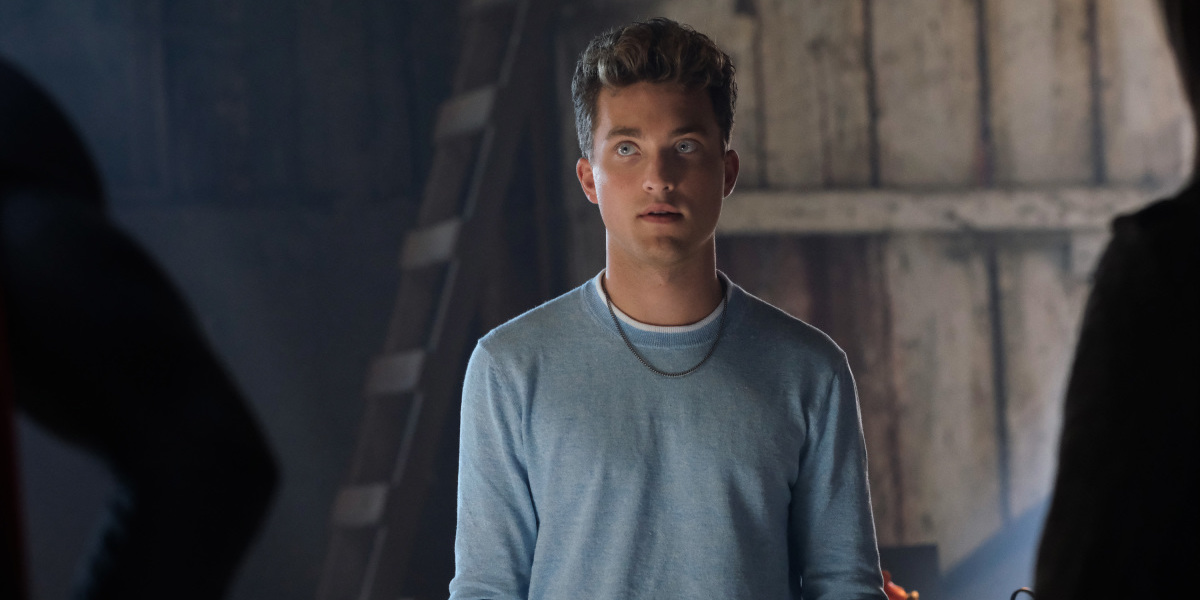 Does anyone else think Sarah knows that Clark is Superman? Her look while Lois was talking to Superman when her family showed up at the Department of Defense base on Superman and Lois season 1, episode 15 was interesting, particularly after her clear suspicion about what’s been going on with Jordan and why Edge would’ve kidnapped Jordan of all people.

It would be quite exciting to see her brought in on the secret before anyone else, and to see Jon and Jordan covering it up and making sure their parents don’t find out she knows. What could go wrong, right?

Also, I wonder what General Lane’s role will be next season with him stepping down from leadership at the DOD. Without that, he doesn’t really serve a purpose on the show, so I wouldn’t mind him being written off entirely. He’s not really necessary, and only dragged down the story. Superman without a government agency interfering would be just fine, in my opinion.

Finally, I could not be more excited for Lois and Chrissy being partners at the Smallville Gazette. With Chrissy now being a series regular, it could really amp up the journalism side of things. (Maybe Clark could start working as a reporter again, something he desperately needs after a season with no purpose outside of superheroics and father duty).

All in all, Superman and Lois season 1, episode 15 left off on a note that has me thrilled and intrigued about what’s to come. This cast is so good, too, I cannot wait to see them back in action.

Superman and Lois returns to The CW in 2022!