On Superman and Lois season 1, episode 13, Kyle and Lana continue to deal with the fallout of their involvement with Edge’s rampage. Meanwhile, Lois is put in a tough spot with Chrissy at the Smallville Gazette.

Superman and Lois season 1, episode 13 begins as the previous episode ended, with Edge locked away at the Department of Defense in a lead-lined cell… and Leslie Larr still on the loose.

Meanwhile, as Smallville begins to recover from Edge’s antics, Lana and Kyle are the face of blame and the town’s pariahs. On the other hand, knowing the full picture as she does, Lois must trudge carefully through the mess to get some kind of story out into the world for the paper… but Chrissy isn’t having it with her obvious lies. 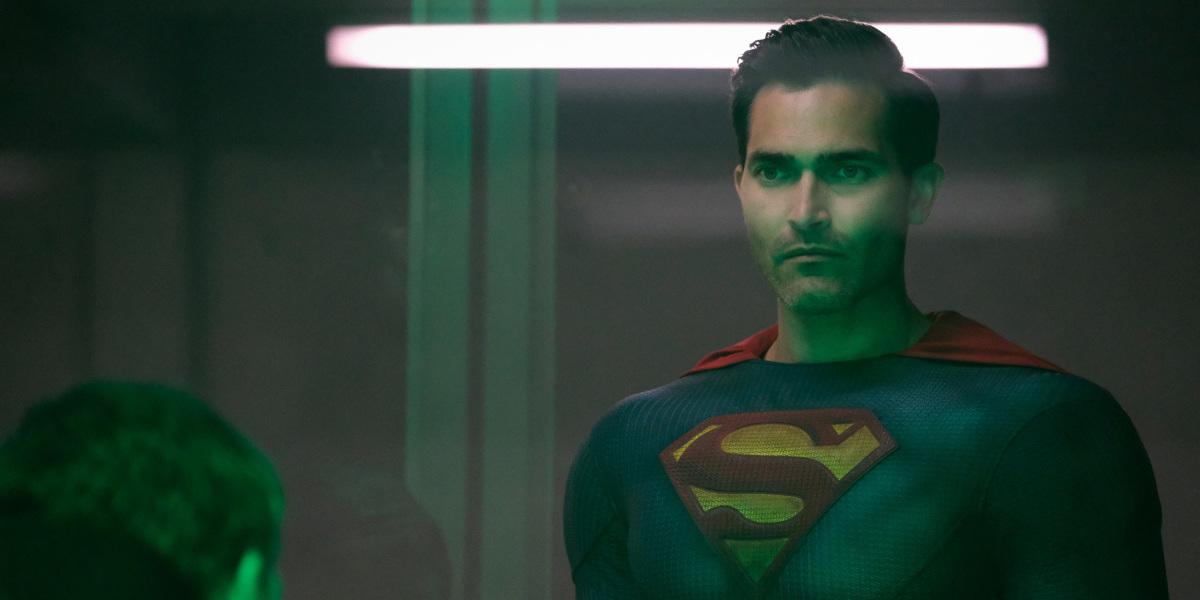 Superman and Lois season 1, episode 13 is an improvement on the last episode (which I found unexpectedly boring), but it still feels very slow… which is bizarre, considering we’re two episodes away from the finale and other episodes this season have been felt with finale stakes.

Morgan Edge hasn’t been much of an interesting villain this season, and that has only become more true since the reveal that he’s actually Clark’s Kryptonian half-brother. That felt like an unnecessary twist, especially considering they did a similar twist with John Henry Irons right before that. Even with this episode, I find Leslie Larr a more compelling villain… who hasn’t been explored properly whatsoever.

However, it’s wonderful to see how comfortable the actors are becoming with these characters. It is really noticeable, and contributes to the characters and their growth so well. My ranking of the characters hasn’t really changed over the season (I’m still not really a fan of Kyle or Jordan), but the characters I loved initially I love so much more now.

There’s still so much potential for the future, but after this, I’m really looking forward to the stakes falling and Morgan Edge being out of the picture. A few simple villains in Smallville for a couple of episodes would work just fine, as the most exciting bits of the show are the relationships between the characters. Clark is just as good a character in his suit as he is out of it, so it’s not really necessary for him to suit up all of the time. 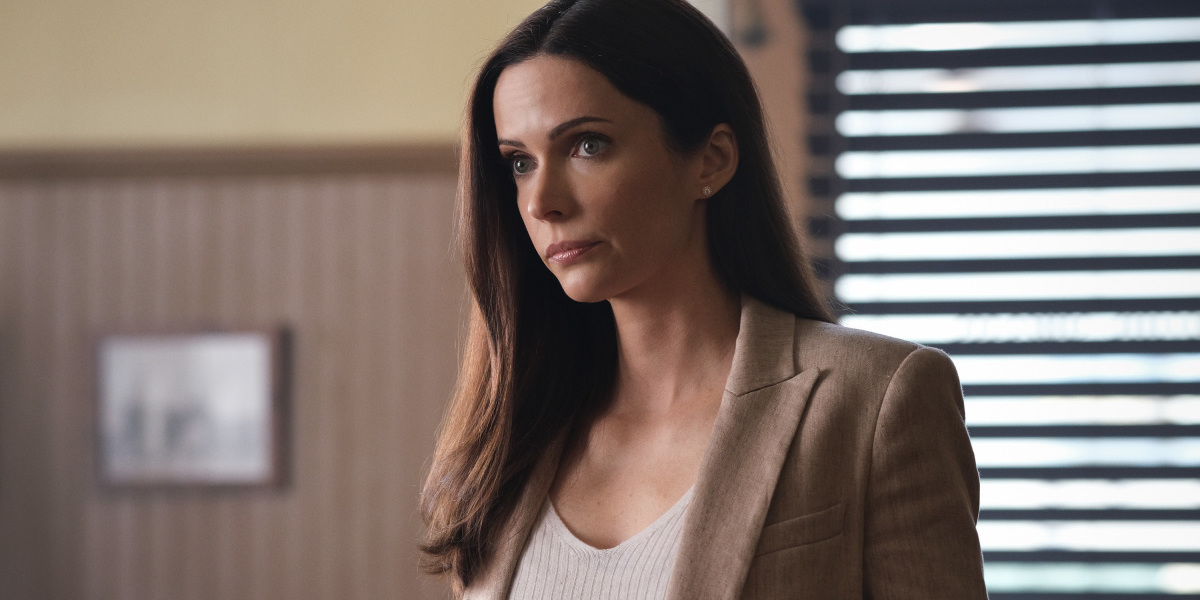 The struggle Lois endures professionally with each event that includes Superman is such a little thing that we see on Superman and Lois season 1, episode 13, but don’t really see in any other live-action adaptation. (But it’s incredibly important thing to show given the role of a journalist in the world!)

It’s part of why I love this show, which is really making Lois Lane a character of her own instead of just falling back on the fact that she is Clark Kent’s love interest. As we see in the post-Edge Smallville, Lois has to grapple with having insider information that she cannot contribute to the Smallville Gazette… and Chrissy isn’t going to keep her mouth shut about the Lois’ lies.

It’s an interesting dilemma to see explore through the eyes of both Lois and Chrissy, who have very strong viewpoints on the situation. Given that Lois will likely continue to work for the Smallville Gazette, the thought of how this could possibly be resolved is intriguing. How can Lois gain Chrissy’s trust back? What else will Lois have to give?

I hope to see more stories like this, as well. Lois is going to get a front row seat to anything Superman does, and it’s a strange position for a journalist to be as biased as Lois is about Superman. Seems like Chrissy may be the person to write the Superman stories that used to appear in the Daily Planet, which would be a very cool way to increase her role now that Sofia Hasmik will be a series regular on Superman and Lois season 2.

Chrissy has been a character primarily used for comedic relief, so it’s nice to see a different side of her here, too. She’s quite a complex character that we know very little about. Her friendship with Lois is a great starting point to explore the difficulties of working together and keeping this little newspaper alive. More of this, please! 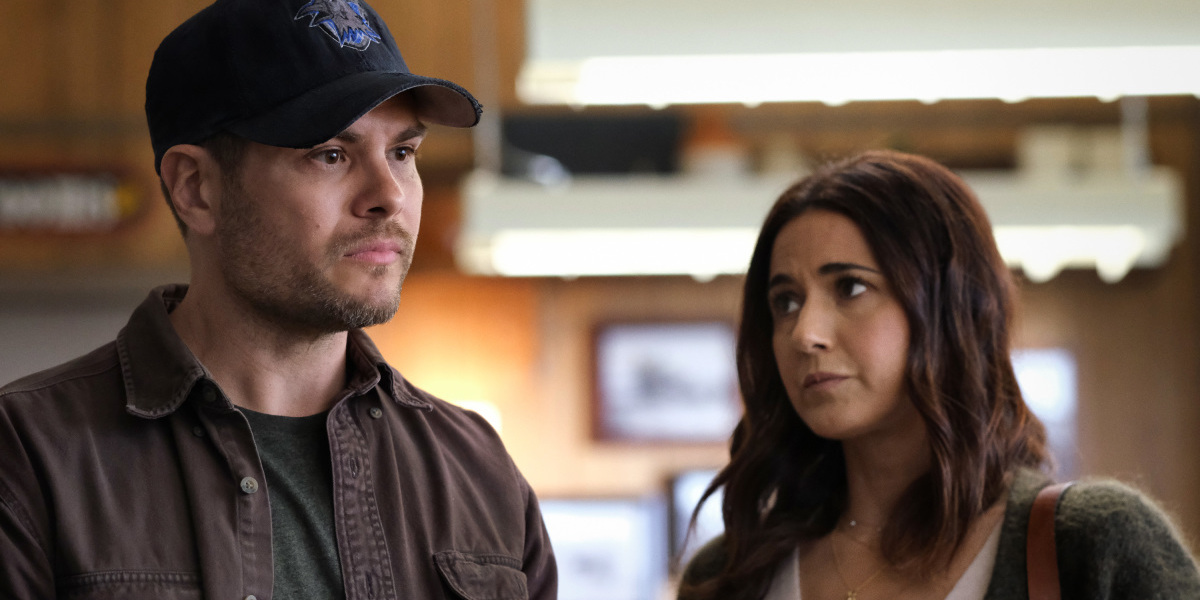 It’s sad to see how Smallville has turned against Lana (and Kyle, I guess) on Superman and Lois season 1, episode 13. It’s definitely a real representation of how a scenario like this would go in the real world, though. The residents of Smallville were all so mesmerized by Edge and pretty much in the same place as Kyle was when Edge first expressed his interest in Smallville.

Lois tried multiple times to show them Edge wasn’t someone to be trusted, but the entire town turned on her for even questioning their blind faith in him. And now it all falls on Kyle and Lana (the latter of which wasn’t even someone who was that outspoken about Edge coming to town). Considering they grew up there, it’s pretty shitty that their friends have all assumed the worst of them and written them off. It’s surprising they haven’t picked up pitchforks and literally ran them out of town yet.

Though I want Lana to remain on Superman and Lois, and she likely will for the duration, no one could blame her for getting her family the hell out of Smallville (at least for a couple of years until additional unspeakable things happen to the town).

They don’t deserve Lana, who has done nothing but try to do what is best for Smallville. I mean, the only reason she took that job was to help Lois expose Edge, and it’s not like she knew what his plan was for those in the leadership positions she filled… she doesn’t deserve to be treated like a pariah.

It’s also sad to see how it is impacting Sarah, who has already had a pretty rough go of it in life. She already barely managed to get through school without someone making a terrible comment to her or, you know, altogether ignoring her existence, but now she’s the primary enemy of Smallville High. Pair that with her issues with Kyle, who is one of the only people in her corner, and it’s a miracle she hasn’t just shut down. 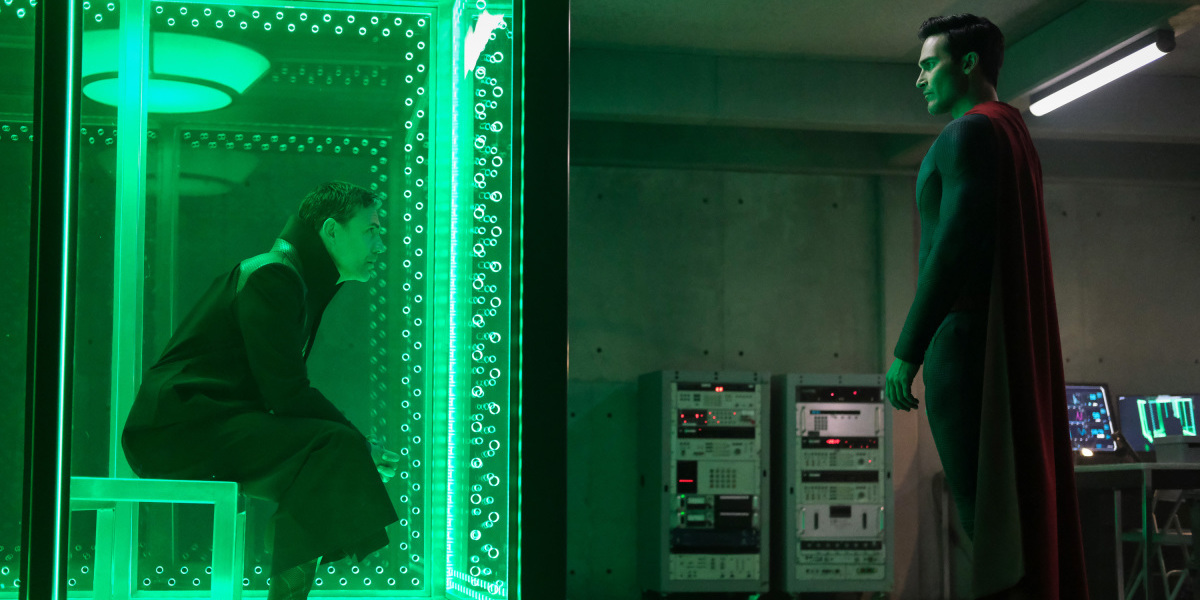 It’s funny (read: infuriating) that the discussion on Superman and Lois season 1, episode 13 is about who would stop Clark if he were tricked or corrupted and turned on the world… as if that didn’t already happen. Kara is right there and proven herself as a stronger hero than Clark multiple times, including the Supergirl season 2 finale where Clark was mind-controlled and Kara kicked his ass.

At least acknowledge what has come before, even if you’re telling your own story. Enough of acting like Clark is the only Kryptonian on Earth. This is beyond ridiculous at this point, especially because these shows are in the same universe.

But, honestly, what was Clark thinking by “allowing” the DOD to keep the kryptonite from Project 7734? Thankfully, he did not, in the end, but what the hell was that? Especially after the scene on Supergirl when he made a big deal out of the DEO keeping a supply? (Though since we didn’t see the transfer, I wouldn’t be surprised if General Lane kept some.)

Finally, the relationship between Jon and John Henry Irons is intriguing. The scenes they have together are so simple, yet so loud. There’s potential for a bit of bonding there, and Irons does seem to see some of his daughter in Jon. I want to see more of them and to know exactly how they feel about each other.

All in all, I’m more excited for the next season of Superman and Lois than the final two episodes right now. Edge is a nightmare, and even though he’s unleashing some new power, it doesn’t seem like it’s going to payoff well. Sadly, it seems like this will follow in the direction of most other Arrowverse shows and the finale won’t quite be satisfying enough.