We use cookies to ensure that we give you the best experience on Hypable. If you continue to visit us, we will assume that you are happy with it.
9:00 am EDT, June 24, 2021

On Superman and Lois season 1, episode 11, Clark retreats to the Fortress of Solitude after his solar flare to save Smallville’s residents from the invading Kryptonian consciousnesses. While there, he relives some of his greatest hits.

Superman and Lois season 1, episode 11 picks up in the past, as little Clark, fresh out of Smallville, takes the crystal from his pod to find where he’s meant to be. Upon the discovery of his truth, he’s tested by Jor-El to discover exactly why he wants to be Earth’s Champion.

Meanwhile, Morgan Edge furthers his plan for Clark by using special technology to invade Clark’s mind and experience some of his most previous memories. (Such a unique twist on flashback episode!) 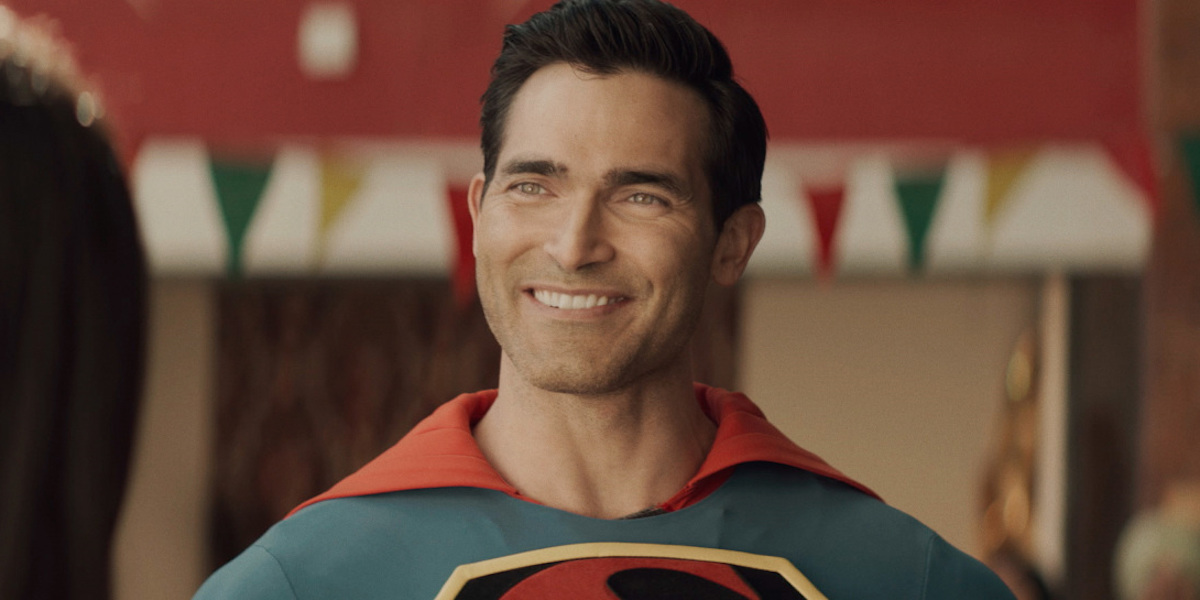 Superman and Lois season 1, episode 11 is shockingly my favorite of the show thus far. When most shows tackle flashback episodes, they’re usually a skip. There’s nothing special about them, nothing that really makes you want to see how things were when the story could just be progressing instead.

However, Superman and Lois season 1, episode 11 is different. This is truly an incredibly special episode. Delving into Clark’s past and how he became Superman is something that we’ve seen several times, but not quite like this.

Tyler Hoechlin steps back in Clark’s life perfectly to show how this dorky, small town boy made his way to Metropolis, married the most famous journalist in the world, and became the Man of Steel.

Hoechlin’s now, once and for all, proven himself the perfect Clark Kent, so I simply don’t want to hear anything from anyone ever again about him not “working” as Superman. He’s got the charm, charisma, and portrays Clark’s sense of wonder about the world better than, in my opinion, any other actor to take on a live-action Superman project.

Superman and Lois has an superb grasp of who Clark Kent and Lois Lane are, clearly, and even their relationship is being depicted so wonderfully. It’s a pleasant surprise and beyond beautiful to see this coming to life and these characters being done justice with excellent storytelling and played by such talented actors.

Still, there were some issues with Superman and Lois season 1, episode 11, even though the good far outweighs the bad here.

The beginning of Lois and Clark 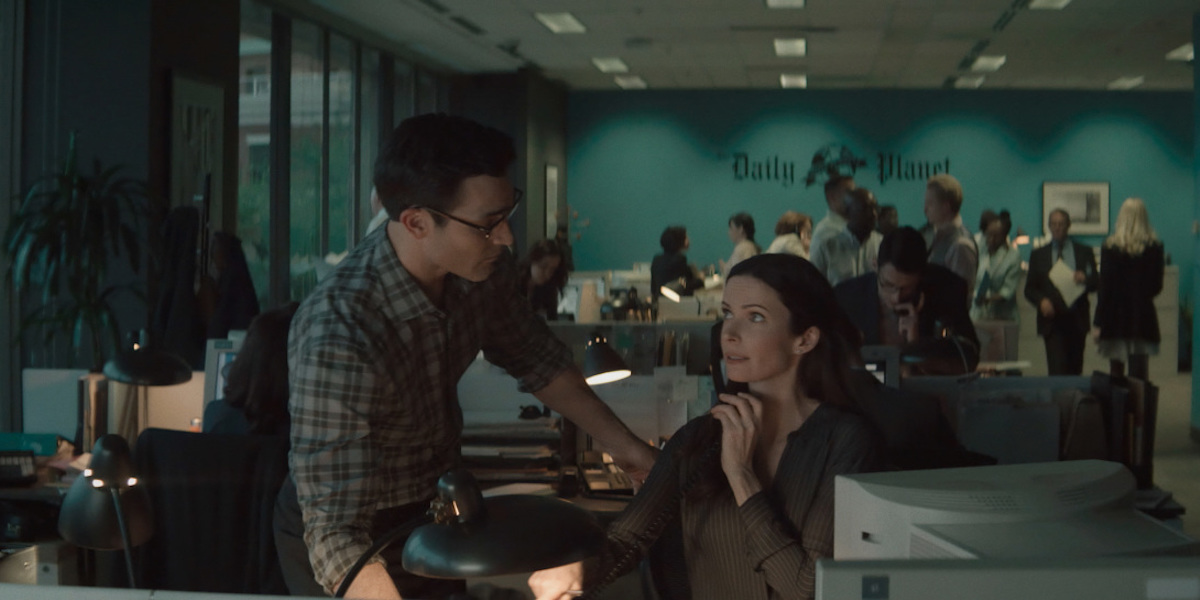 Honestly, my favorite part of Superman and Lois season 1, episode 11 was just watching Clark and Lois fall in love. It’s so refreshing that, in this incarnation, Lois fell in love with Clark before Superman. In fact, she didn’t really like Superman all that much, which is hilarious.

Their interactions are just so pure, and the chemistry between Hoechlin and Tulloch is absolute magic. Considering how these actors got these roles (and so far apart, at that), it’s a bit surprising that they work together so well. There’s something incredibly special here, and it’s clear how dedicated they are to portraying these iconic characters.

It’s such a little thing, but Lois falling for Clark as himself is just another reason they’re such a perfect couple. Superman is the show that Clark puts on for the world, rather than Clark Kent being his faux-persona. Lois loved Clark for what a goofy, klutzy, and adorable man he is first, and it just makes their relationship even more lovable.

Plus, Lois admitting her love for Clark to a friend in front of Superman? I DIED. Such a lovely trope to use, and Clark’s reaction was solid. They’re so in love and it’s absolutely beautiful, even if we aren’t seeing it showcased in every single episode.

(Also, it was nice to see these two without the kids, too. More of that, maybe? Nothing against the kids… they’re just boring and a buzzkill.) 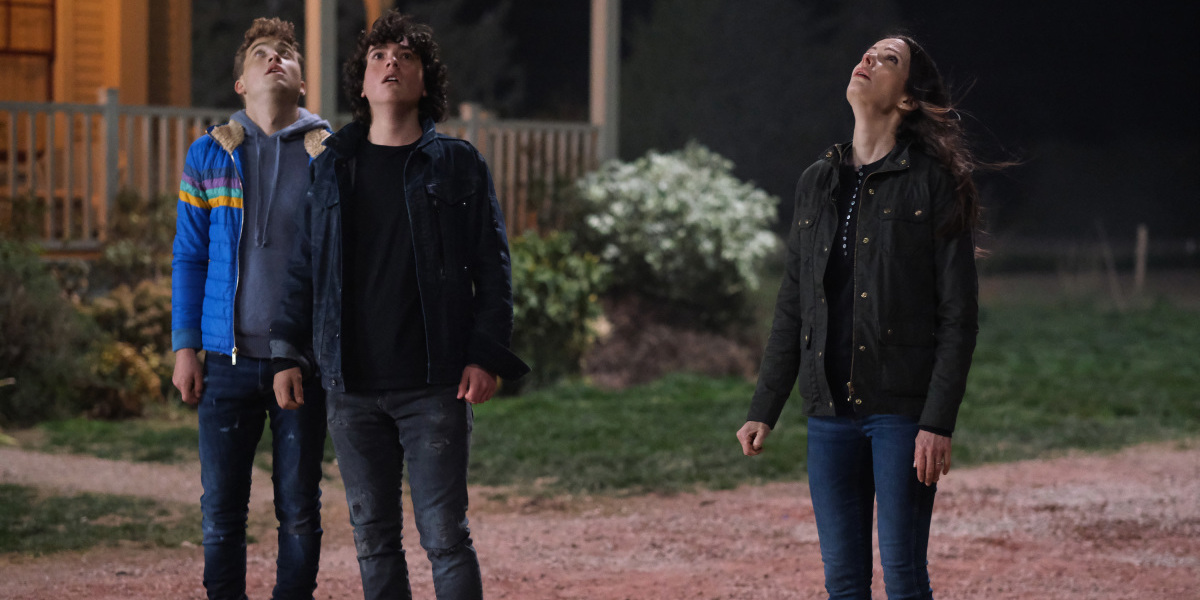 What caught me off-guard about Superman and Lois season 1, episode 11 is trying to attack Edge to protect Jon and Lois. I mean, he would’ve been pretty awful not to and immediately got knocked on his ass, so I guess it’s not that shocking. But very unlike Jordan…

Now that Jordan and Sarah have made things “official,” I’m ready for the love triangle to heat up. Nothing against Jordan… except everything he’s done since the show began. He’s unbearable and certainly doesn’t deserve to “get the girl” after the way he’s treated everyone in his life.

Jon has been a rock for Jordan, Lois, and Sarah, and the tension between Jon and Sarah is just too good to ignore. Plus, the actors are a little closer in age so the relationship is a little more believable and less uncomfortable to think about.

I’m intrigued to see how Jordan and Jon deal with Morgan Edge being their Kryptonian uncle and another example of what having these powers can do to you. So far, they’ve only seen how their father has handled things (since apparently they have no relationship with their other Kryptonian relative on Earth…), but now they get a chance to reflect on someone who went down a different path.

Since Jordan has had some major problems with controlling his powers, and constantly complains about how it impacts his life, I hope the boy gets a major reality check from this and realizes he’s on the wrong path. Time to listen to your dad, kid. 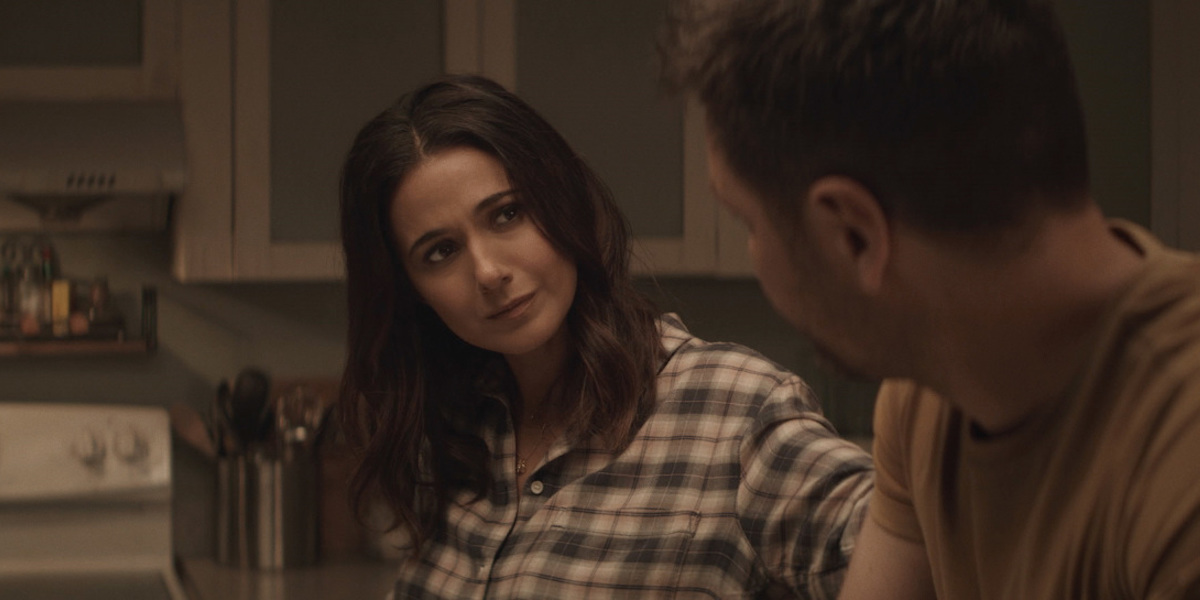 It’s rough, though, to have to deal with all of the plot holes (AKA changes from “Crisis on Infinite Earths” screwing everything in the Arrowverse up) that have now come up. So much has changed from the history we learned from Clark and Lois’ appearances on Supergirl and the multi-show crossovers over the years.

This is set on the same Earth as everything else, which just really doesn’t make sense at this point. The writers of Superman and Lois have decided to just ignore, well, everything to tell whatever story they want, and have thus far completely ignored the existence of other heroes.

This Superman and Lois should’ve been based on Stargirl’s Earth, the new Earth-2, so we didn’t have these gaping plot holes building up with each passing episode. (Like, have this Clark and Lois ever been to Argo? Why have they not once mentioned how Jordan didn’t exist before, you know, the entire universe was destroyed by the Anti-Monitor? God, “Crisis on Infinite Earths” is a scab that never goes away…) 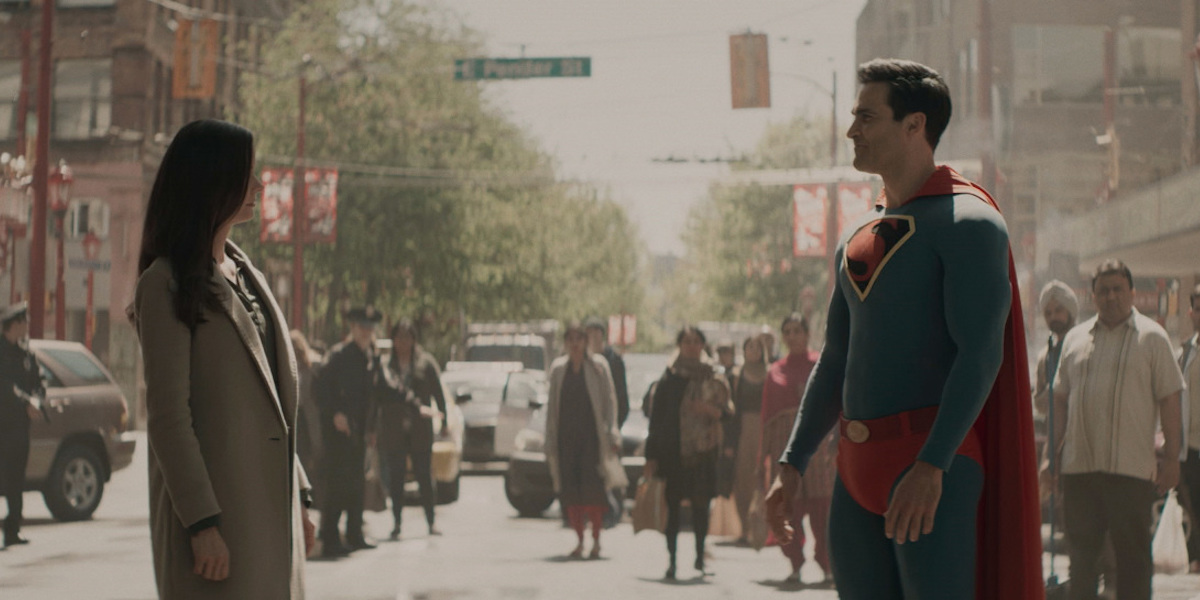 Another issue is Lois calling John Henry Irons literally in the moments following Edge leaving with Clark in tow. That just didn’t seem… realistic. She wouldn’t give up that easily and accept that Clark, the man she’s loved for more than a decade now, could be broken and turn evil so easily.

Bringing in a man with a vendetta against her husband to help save the day seems like a very poor idea, especially as he didn’t really deal with his negative feelings toward Superman. Irons is going to cause even more trouble for Clark, and I wouldn’t be surprised if he helps provoke Clark into temporarily turning against the human race.

Lois making that call frankly did not feel in-character or earned with everything we know about her and how little has actually happened between Edge and Clark so far. That should’ve been a last-ditch effort at the end of the next episode, if it happened at all. There should have been a much bigger catalyst before resorting to that.

Though I suppose she could have been calling John Diggle, given that he’s in Smallville on the next episode. But these characters have no sort of relationship at all, as far as we know… 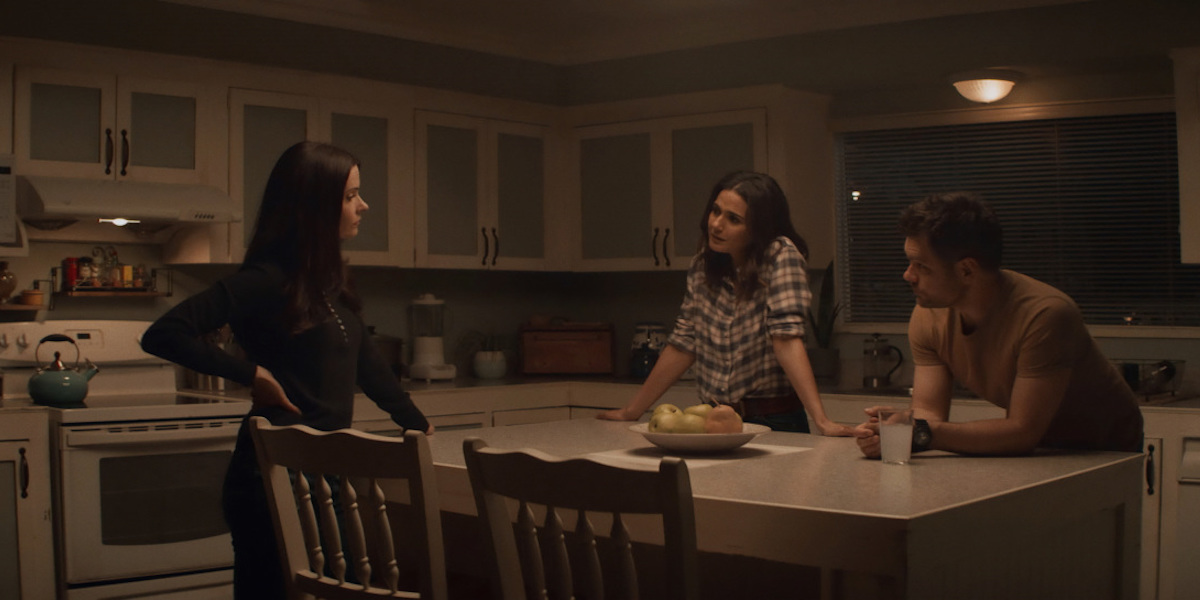 All in all, Superman and Lois season 1, episode 11 is my favorite episode thus far. It’s so enjoyable that I can overlook everything I just complained about, and I so completely love watching Tyler Hoechlin as Clark Kent.

Kyle is the only real character that I don’t care to see more of or where he ends up after his experience being overtaken by a Kryptonian. As Edge’s #1 fanboy, he may likely have some explaining to do to the rest of Smallville in the next season… but what does he have to offer the current stories now? Not much, other than being Lana’s supportive husband (which is more than fine with me).

As for where things go from here, I’m a little short on theories. The possibilities are endless and the stories are ready to be completely blown up as we get closer to the finale when the show returns for the final four episodes of the season.