Supergirl season 5, episode 7 finally delivers the truth about Lena’s feelings about Kara’s identity revelation, which is heartbreaking for both of these women who have fought so very hard to avoid this exact kind of conflict.

Honestly, nothing could have prepared me for Supergirl season 5, episode 7. I knew from the episode description that Kara would learn the truth about Lena going into it, but boy, this was more than I ever imagined. True feelings were revealed, leaving Kara even more miserable, though probably with a better understanding of the last few weeks of her life and Lena’s erratic behavior.

Though Kara and Lena weren’t the only ones bringing the heartbreak. Alex and Kelly had an understandably rough go of things when Alex, once again, was in danger, bringing up Kelly’s feelings of loss over her late fiancee. Meanwhile, J’onn worked on finding Malefic after his father revealed he was still around National City and not the Phantom Zone (which I’m admittedly confused about, but I guess I just won’t question the process). 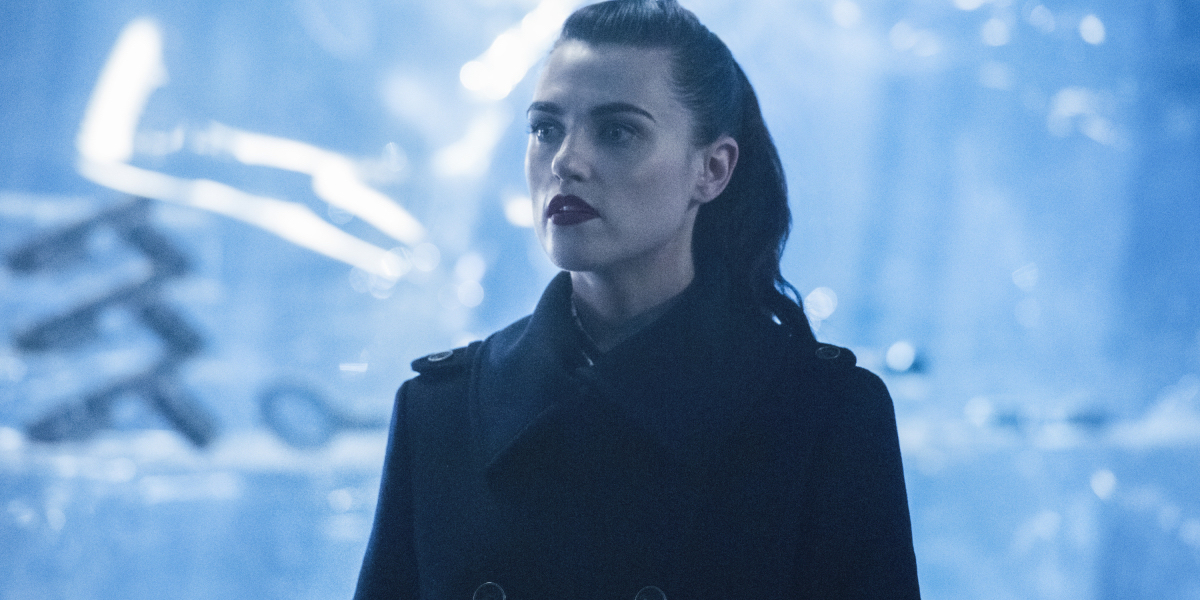 In my opinion, Supergirl season 5, episode 7 is the best episode of this season, and one of the best over the last two seasons combined. Other than the ending, it’s not a big episode, but it explores the characters so wonderfully, even if it’s a bit heart-wrenching to see their stories progress.

This season, the stakes remain high, even though the Leviathan story has seemingly just begun. We still have Lena’s project, Malefic (though maybe not anymore), and Andrea/Obsidian North to deal with, so the heroes will not be getting any rest whatsoever with Rama Khan still on the loose in National City.

I’m impressed by the plots of this season so far, though disappointed with a few of the characters and their development (and, no, not just Alex Danvers). 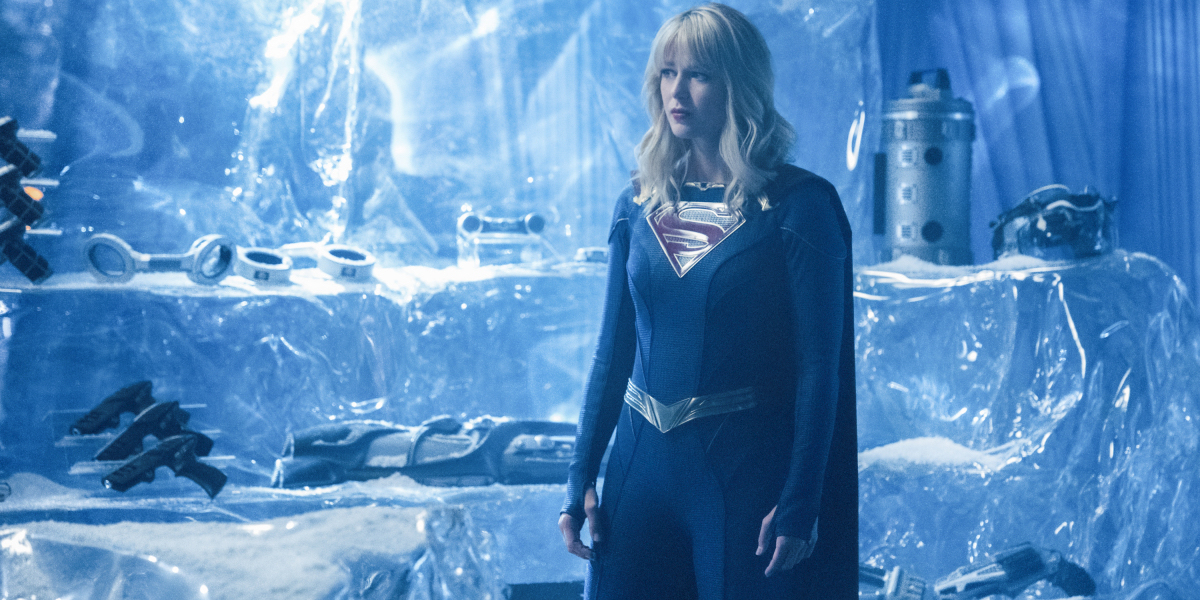 The fight episodes in the making was well worth the wait, and delivered far beyond my expectations. So much was brought to light about Lena and Kara’s feelings, particularly the former’s, and it’s beautifully tragic to see how the friendship between these two is progressing.

When it comes to 'Supergirl's' identity reveal, neither side is wrong

While I don’t think this will be cause to end their friendship, I do think this is going to create a rift between them that may drive Lena back to isolation for a while, leaving Kara heartbroken over losing her best friend, and will take some serious time to correct.

Melissa Benoist and Katie McGrath deserve some serious award show buzz for their performance toward the end of Supergirl season 5, episode 7. Benoist captures Kara’s heartbreak and betrayal perfectly, while McGrath manages to serve Lena’s rage and heartbreak without going too far and creating a situation that didn’t quite reflect what we know Lena to be feeling.

It was beautifully done, as devastating as it was to watch. The part that got me the most was Lena’s scream in the middle, perfectly delivering the brutal truth of Lena’s agony to Kara in a way I don’t think any other actor could have done.

Lena’s been betrayed and left traumatized so many times over her life, and while it’s not an excuse, it does shine light on why she’s been driven to these lengths to “save” humanity.

For the millionth time, Lena wants to prevent anyone else from ever being hurt in the same way she has continuously over her entire life. Lena wants to protect others in a way that nobody ever protected her.

The agony of her life has driven her to this moment, to Project Non Nocere, and she’s willing to make tough calls to ensure that she doesn’t have to experience the same heartbreak again. That said, it doesn’t excuse what she’s done or who she’s manipulated to push her project along.

At the Fortress of Solitude, I don’t believe Lena arrived with the intention of revealing her truth to Kara. I think being with Kara triggered her — as we saw with her passive aggressive comments about Kara’s acting abilities — and she decided that she wanted to hurt Kara so she wasn’t the only one feeling that type of pain.

It’s understandable. How many people can say they wouldn’t tell off their best friend who betrayed them in a similar way? 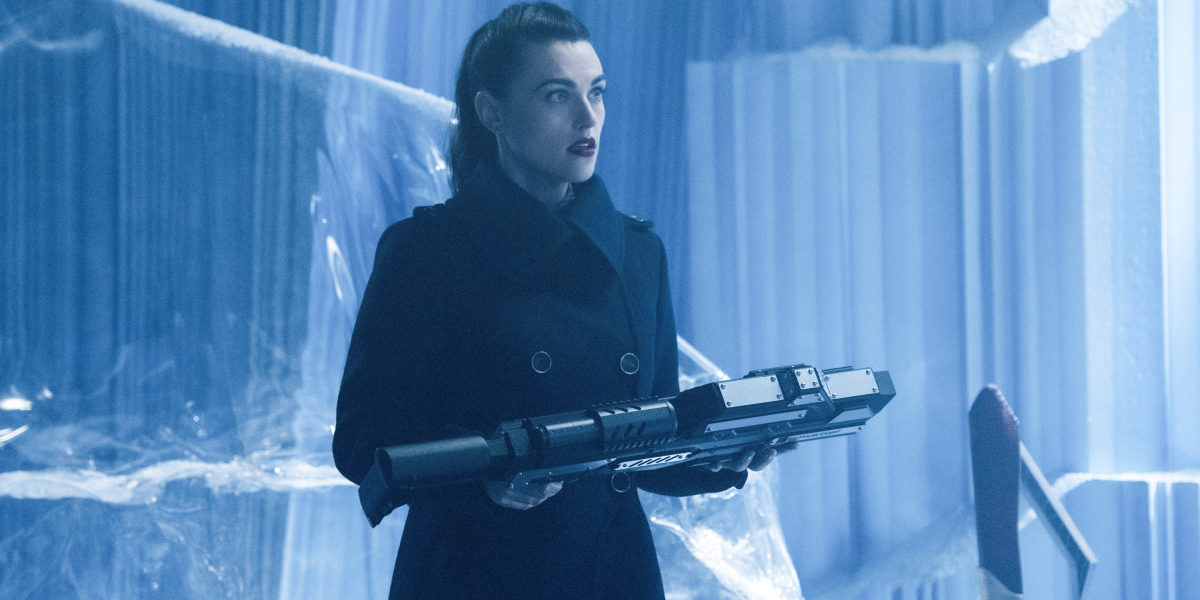 And while I understand where Lena is coming from, as I worked out when writing my Supergirl season 5, episode 6 review, that doesn’t mean I agree with her.

Benoist’s performance during this entire scene just further proves she’s the most talented performer in the entire Arrow-verse. She has such a deep understanding of Kara and her feelings, and always manages to capture them perfectly.

Despite all of this, to me, Lena hasn’t quite crossed any lines that would make her irredeemable or villainous, though she has crossed a line with Kara, and it’s harder to root for their friendship to recover and continue going forward (though, of course, I will because Kara hasn’t given up on Lena yet per the trailer for the next episode).

Nobody should be hurt in that way, and Lena knew exactly where to hit so it would destroy Kara emotionally. Knowing where Lena’s coming from, I can forgive her, though I hope she has to really work to prove herself to Kara again.

My biggest worry as of now, is the Supergirl writers resetting this with “Crisis on Infinite Earths” in a few weeks. It would be so easy for the story to gloss over and reverse Lena discovering the truth, which would potentially save their relationship (as Kara could tell Lena herself, probably with much better results), but would make this entire half season pointless filler. 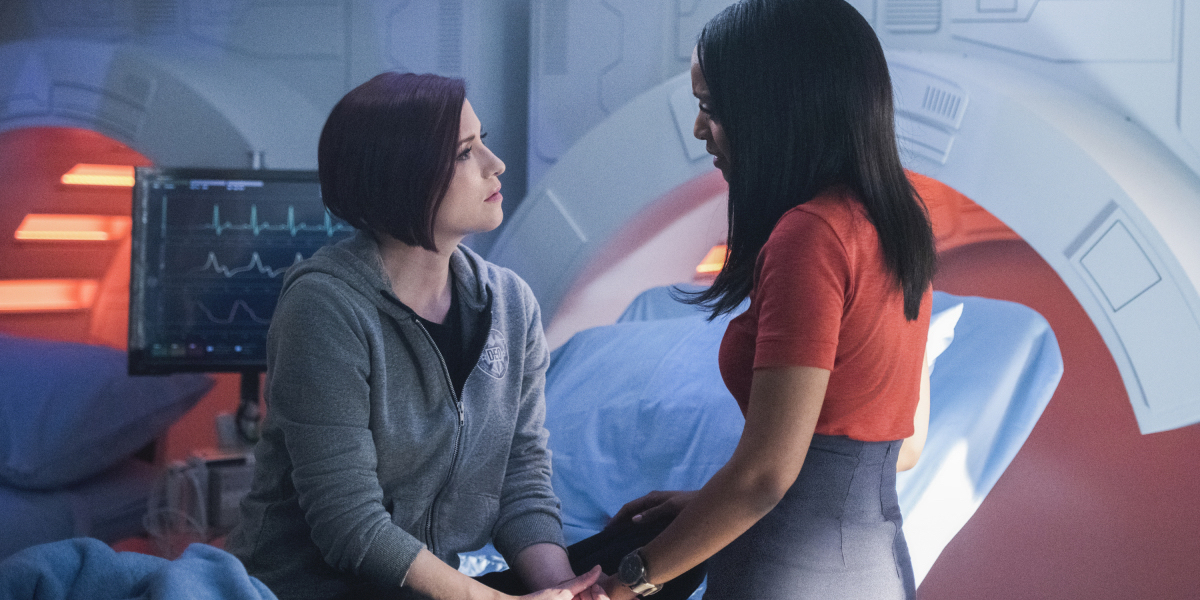 Thankfully, Kelly and Alex did not actually break up on Supergirl season 5, episode 7. I would have been quite upset if these two called it quits already, especially because of how much they have to offer each other in life.

Their relationship is so healthy, I’m honestly a bit shocked to see it on The CW. Kelly and Alex have a bond that surpasses anything they’ve had with other partners, though they loved those women in different and strong ways, and they’ve found their home.

I love that the writers are digging into Kelly’s trauma and suppressed feelings over losing her last love, and they’re developing Kelly in such a strong, admirable way, proving she has much more to offer than just her relationship with Alex.

I also believe it’s important to develop their trust and understanding of the situations they put themselves into, and learn to control the fear over what could possibly happen due to Alex’s line of work. These are all strong foci that we’re seeing with their relationship.

This is the first episode this season where I felt I really saw our Alex shine. It’s had nothing to do with her relationship with Kelly, but just that she didn’t seem like herself or have quite enough to do, in my opinion.

But seeing her both at the DEO and working as the Director, plus exploring Kelly’s complicated feelings and promising to be their for her love, it felt like we finally had Alex back and I’m grateful. 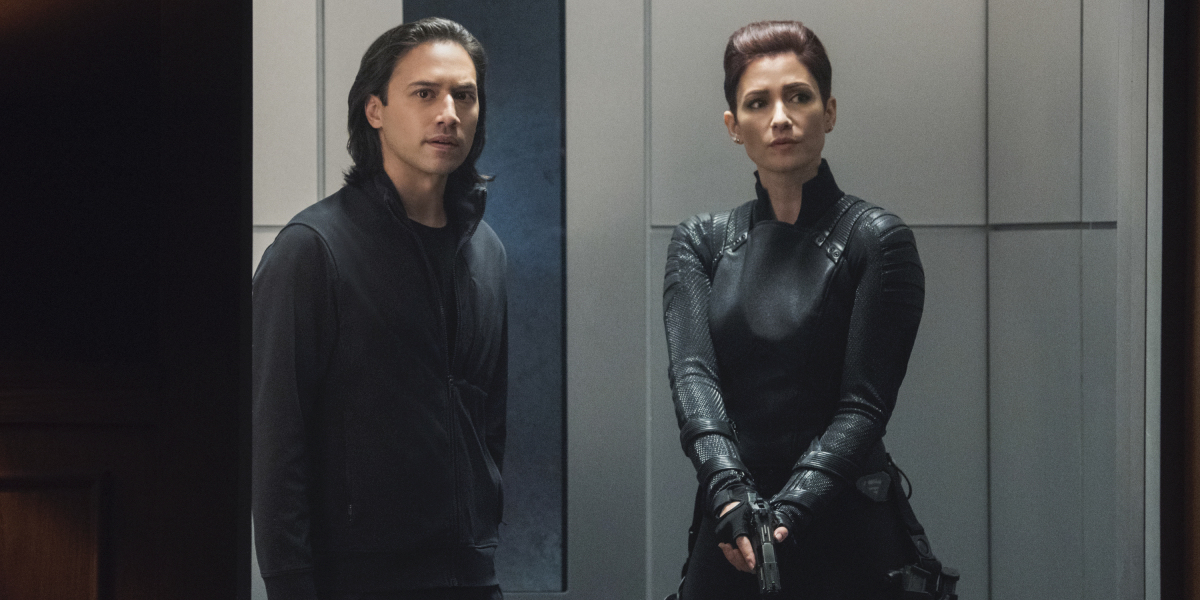 Overall, Supergirl season 5, episode 7 was a very impressive episode. Though I don’t believe in what the writers are doing with Lena and I remain hopeful they will course-correct soon, the performances from each of the main cast members are what truly saved the episode. Though I raved about Benoist and McGrath already, Chyler Leigh and Azie Tesfai give such a beautiful light and chemistry to Alex and Kelly’s relationship, and I can’t believe Kelly was only introduced earlier this year.

In addition, though I was probably the least invested in J’onn’s plot on this episode, it was heartwarming to see Malefic and J’onn come to terms with their past and reunite as brothers, though I question how quickly this occurred.

How did it take J’onn one episode alone to do what they struggled to do for most of the episodes before this? Where does this leave Malefic in the season’s long-term plan? If he’s redeemed, what happens with him? Can he be redeemed or does Lena still have unlimited control over him?

Jesse Rath also proved, once again, that he’s such a perfect Brainy and the show wouldn’t be the same without him. His role at the DEO might be somewhat small (like Winn’s, kind of), but he counters Alex so wonderfully at work and his knowledge of well, everything, is so useful. Putting together everything he did about Leviathan was impressive, though it’s quite surprising to see they already know so much about this enemy and there are still 15 episodes left of the season.

Side note: I miss Nia Nal and someone needs to check in on her. Weren’t we supposed to have a scene between Nia and Kelly during this episode too?

Supergirl season 5 returns December 1 at 9 p.m. ET on The CW!