Fans of Kim’s Convenience, Marvel, and all things martial arts have been waiting in great anticipation for Shang-Chi and the Ten Rings to hit theaters, and it certainly did not disappoint.

Not only did Shang-Chi firmly place us back in the post-Blip Marvel Cinematic Universe, but it literally added a whole new dimension to this world. I can’t wait to see how Shang-Chi’s powers and ancestry will affect future movies going forward.

It’s also obvious that Marvel is building to something great with Doctor Strange 2. The Multiverse of Madness feels as though it will be an epic crossover a la Civil War, as in it’s not quite an Avengers movie, but it’s not quite a solo movie, either.

Phase Four is shaping up to be something truly spectacular, and Shang-Chi certainly left an impact. 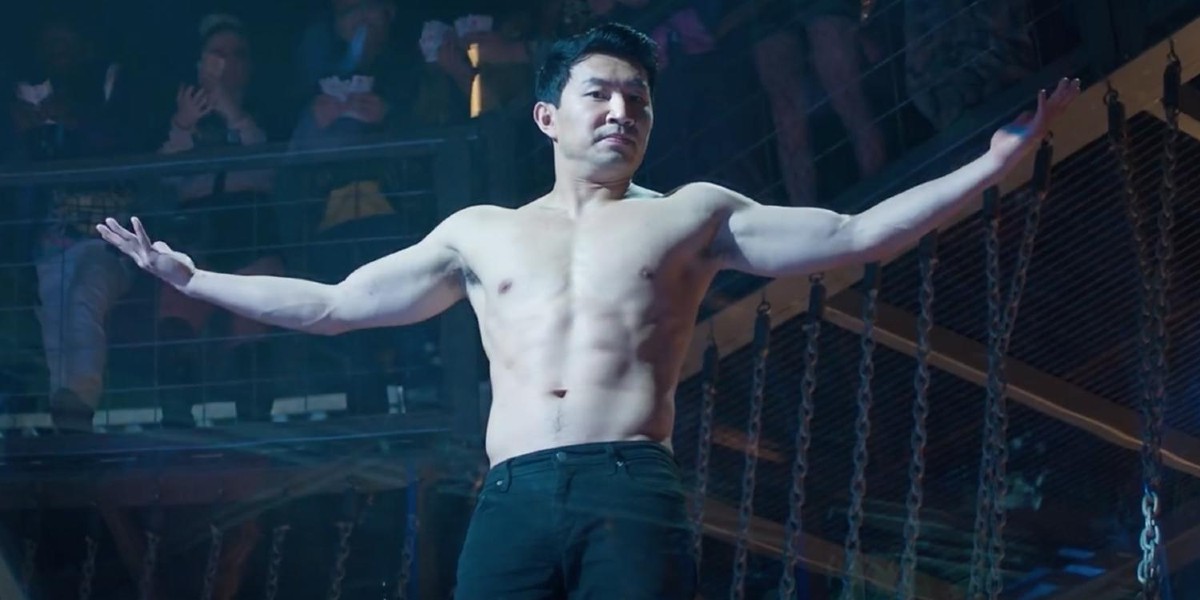 If you’ve watched Kim’s Convenience, then you’re already familiar with Simu Liu‘s acting chops. We get to see glimpses of his great comedic timing, but Shang-Chi and the Legend of the Ten Rings is a well-balanced movie full of action, drama, and emotional heart, most of which originates with its lead actor.

Shang-Chi (aka Shawn) is the son of the head of an organization called the Ten Rings. Shawn’s father has had the ten rings for a thousand years, using his abilities to gain power and influence. That is, until he met his wife, Shawn’s mother, and settled down.

After her death, however, Shawn’s father rebuilt his empire and trained his son to take his place when the time came. Shawn, having hardly known a life outside this one, ran away, finding a home for himself in America. It took ten years, but eventually, his past caught up with him in the most brutal way possible.

Simu Liu offers us a perfect dichotomy in his role as Shang-Chi. He’s a kind-faced, goofy, normal guy who hides a secret—the fact that he’s also an absolutely ripped, competent, dangerous assassin. The first time we see him fight, my mouth dropped open. I was not expecting him to come out of the gate like that.

But one of my favorite aspects of this film was the fact that Shang-Chi knew who he was from the start. Yes, this is an origin story, but it was more about self-acceptance than self-discovery. And that was a breath of fresh air for the first film about a new character in the MCU.

I also loved seeing this world through Katy’s eyes. Awkwafina is always good for a laugh, and the two work off each other effortlessly, but it was also exciting to see her go along for the ride as she discovered Shawn’s world. Their friendship ground this story in reality, and her perspective gave us a window to witness it all for the first time, as well.

A cut above the rest 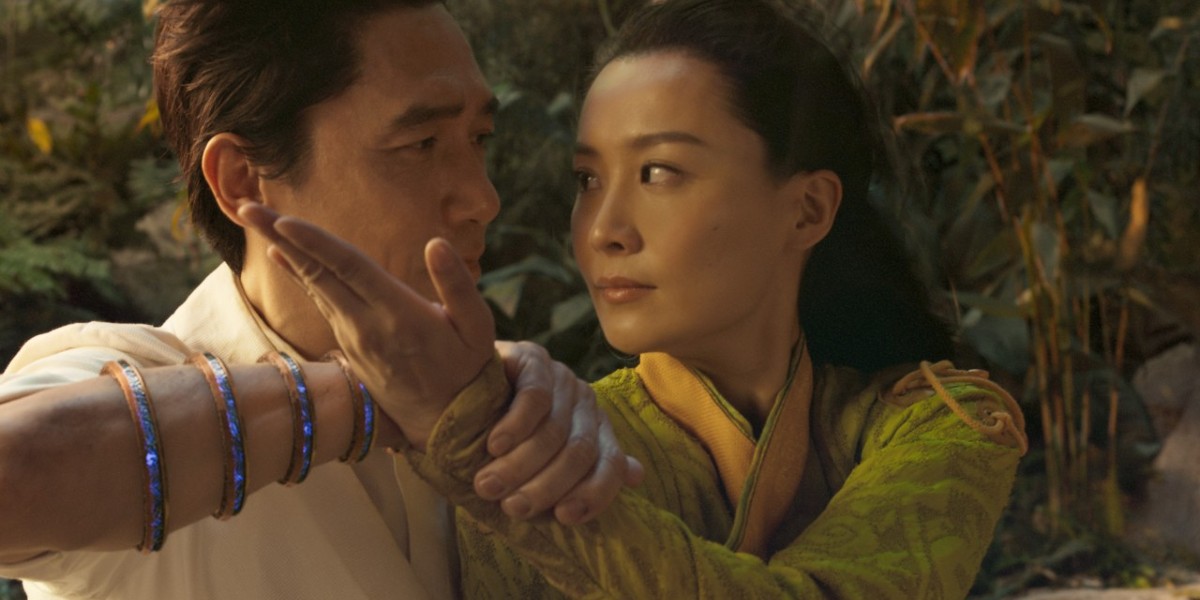 Without a doubt, Shang-Chi and the Ten Rings contains the best fight sequences out of any Marvel movie that has come before it. Not only were they impeccably filmed—both intense and exciting—but the choreography itself was intricately designed to show off this character’s mastery.

I’m sure we will be talking about the bus sequence for quite some time, as it was an incredible introduction to the character, as well as a showcase of this cast’s talent. My hope is that Marvel will see how Shang-Chi put the spotlight on its fight choreography and continue that legacy into its other films.

But I don’t want this Shang-Chi movie review to be just about Simu Liu, as talented as he is.
Meng’er Zhang (Xialing) and Fala Chen (Li) were powerhouses equal (or maybe superior) to their male counterparts.

Xialing proved to be a hardened warrior in her own right, made even more incredible by the fact that she was self-taught. I’m excited to see where this character goes and how she’ll fit into the future of the Marvel Cinematic Universe.

As for Li, I believe she was the star of the film’s most beautiful fight sequence, which took place between her and Shawn’s father, Xu Wenwu. As acclaimed as Tony Leung is, it was Fala Chen who made their first meeting look like an elegant dance. This is the power of choreography designed to tell a story.

Of course, I can’t move on without talking about Michelle Yeoh, who always brings grace and gravitas to the screen. Her portrayal of Ying Nan was not disappointing, and I hope we’re able to see more of her moving forward.

Not only did Shang-Chi provide a wonderful glimpse into Chinese-American culture and Chinese familial dynamics—which is certainly welcome following the political turmoil of the last year—it also didn’t shy away from showing us incredibly competent female warriors who were respected for their strength and wisdom outside of their ties to the men in their lives. 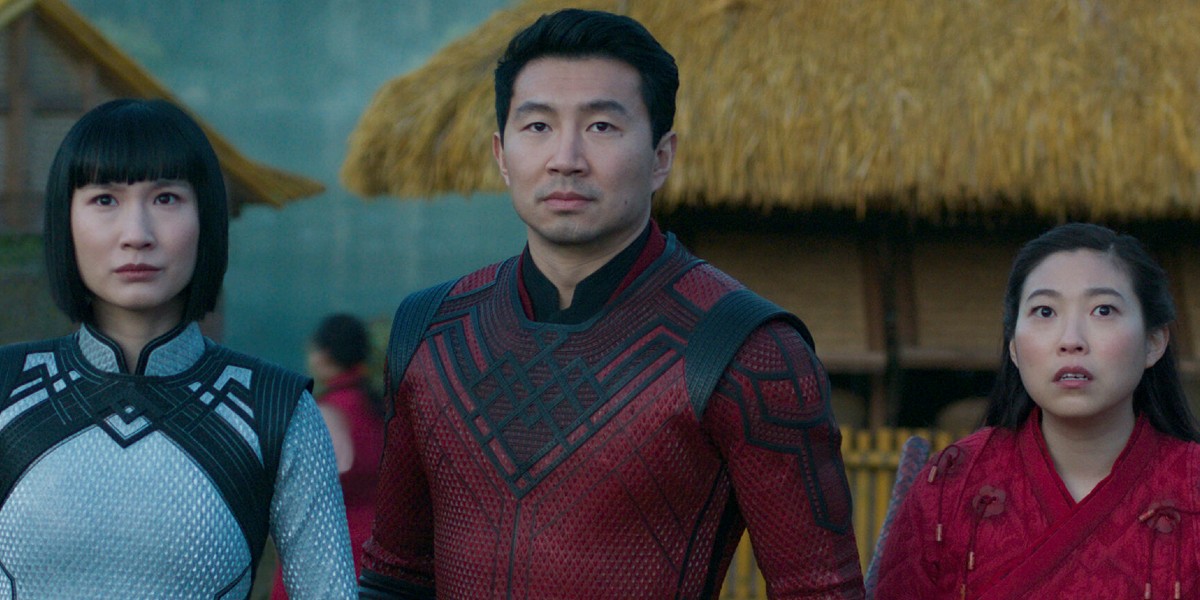 Last, but certainly not least, I must take time out of this Shang-Chi movie review to talk about Ta-Lo and the incredible new world we discovered in this film.

Marvel has slowly been introducing more spectacular elements the further we get from the MCU’s origins. The first few phases were deeply entrenched in science, but with the introduction of characters like Dr. Strange and Scarlet Witch, we’ve gotten a little more fantastical over the years.

With Thanos thoroughly defeated, Marvel has decided to up the ante. With many of the older characters gone, there’s room for new ones—and these fresh faces are bringing with them a brighter and more complicated world.

Ta-Lo is full of mythical creatures, and yet it didn’t feel out of place, even for a Marvel movie. This dimension exists outside of our own but felt as real and tangible as our own. I wish we could’ve spent more time with the incredible animals that live here, but perhaps they’ll return in a future movie.

Either way, Shang-Chi and the Ten Rings expanded the Marvel Cinematic Universe in a new direction, showing us that anything is possible. Many of Marvel’s movies are straight blockbuster action/adventure films, but the franchise has started to embrace different genres, cultures, and backgrounds, all to their immense benefit.

This will only strengthen the empire Marvel has already built, and Shang-Chi proves that a movie with dragons and weird chicken dogs can fit right in even while standing on its own two feet. There are plenty of references to previous films throughout this one, and yet it doesn’t rely on them to launch the MCU forward into a new direction.

As always, make sure you stick around for both the end credit scenes. Without a doubt, I am thrilled to see what comes next, both for Shang-Chi and the rest of the MCU.

Do you agree with our ‘Shang-Chi’ movie review?