That’s a wrap on Roswell, New Mexico season 2, but the season’s loose ends are far from tied up.

We knew we were going to have to deal with the Crash Con drama in the Roswell, New Mexico season 2 finale, but we had no idea how much more they were going to throw at us. Crash Con didn’t end with the bang that we expected, but there was still plenty of fallout for the rest of the episode, and we’re left with a lot to ponder until season 3 premieres.

After all the build up of the previous episode, the Crash Con atomizers and the big scary alien bomb turned out to not be such a huge deal in the season 2 finale. Lisobel successfully mitigated the bomb threat, Maria’s alien side took one for the team with the alien atomizer, and apparently there are no Manes men left for Helena to atomize.

I kind of love that Jesse Manes got what I can only describe as the opposite of redemption before he met his end. He used his last breath to inject one final dose of toxic masculinity into his sons. Don’t worry Jesse, they were never going to forget your hate, but hopefully now that you’re dead (please please please be dead), they might have a shot at moving past it. 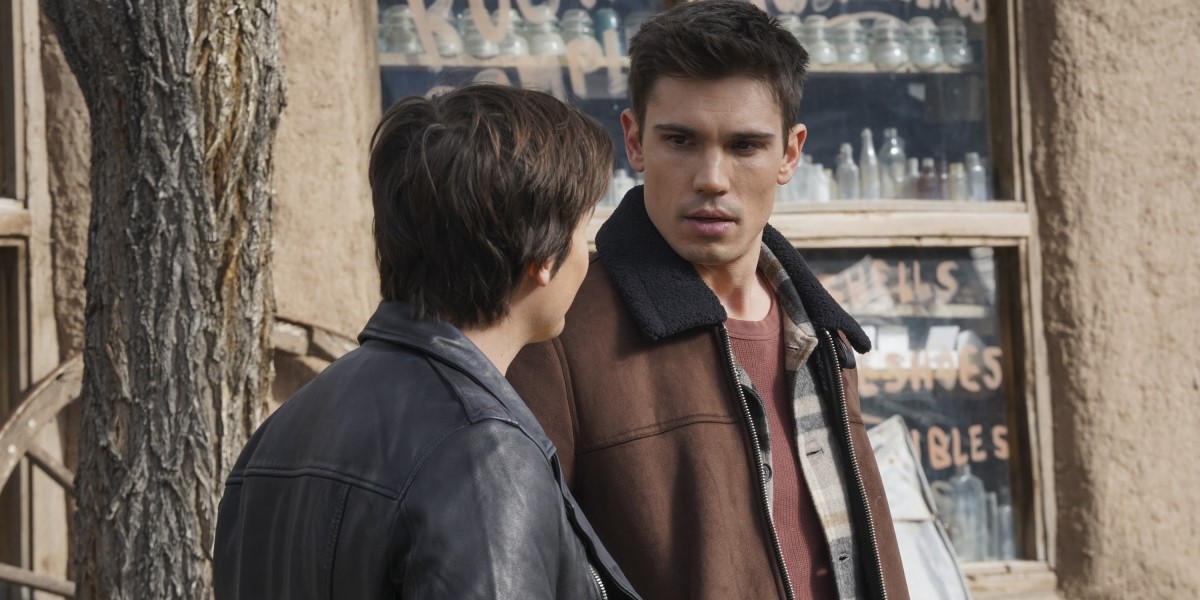 One of my biggest fears coming into the Roswell, New Mexico season finale was that the Crash Con chaos would end up pushing some of the mounting relationship issues under the rug, but boy was I wrong. This episode had way more break ups and almost make ups than I ever could have predicted, leaving the romantic landscape of season three extremely uncertain.

I’ll start with the show’s resident love triangle, which made a monumental shift with the help of a little bracelet and a killer song. Whether you’re a Malex or MiLuca fan, I’m betting this episode built you up and tore you apart again several times over. It was complete madness!

First of all, Alex’s song was probably the most perfect thing my ears have ever heard. The references to his father and “I never look away,” the way it was so personal to Alex with the military references, and the final “you are the best of me” line…it was completely iconic.

As much as I would’ve loved for it to end with Guerin rushing the stage and kissing Alex with more passion than the CW can handle, I get why that didn’t happen. The timing still isn’t right for Malex. Alex’s dad just died, and his brother is in the hospital. He has a lot to deal with before it’s their time. However, with Jesse’s influence behind him, Alex can finally start to heal, so that some day “it will be!”

As much as I loved the Malex scenes in the Roswell, New Mexico season 2 finale, I’m still disappointed by the MiLuca break up. I just don’t feel like they were really given a chance. The break up seemed to come out of nowhere. They simply rehashed an old fight that they’d already both relented to.

It’s not that I don’t understand Maria’s reasoning, but I would’ve liked to see her give Guerin a chance to “find out what’s next” alongside her. At the very least I would’ve like some clues that she felt like she was in second place to Alex. I don’t think Roswell, New Mexico gave MiLuca quite enough space to become their own thing, so unfortunately they will live on as merely an obstacle on the way to Malex. 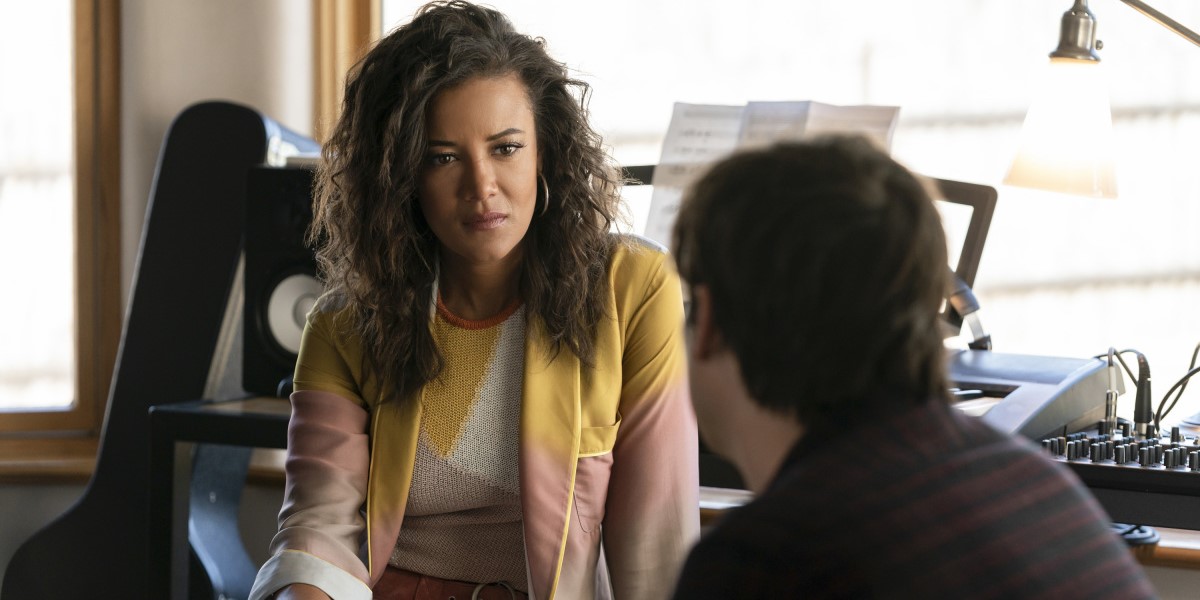 Somehow the BerMichael triangle wasn’t the biggest relationship shake up in the Roswell, New Mexico season 2 finale. Once again, Liz has set off on a road trip alone, despite Max’s promise to follow. Man, I knew all of their lies had to come to a head at some point, but I was not expecting this!

That being said, I don’t think Liz was wrong to walk away. After promising to stop keeping things from each other yet again, they each proceeded to go behind the other’s back in a big way. It’s clear that they’re not ready to be partners. Between the huge baggage that Max carries and the even bigger dreams that Liz has, some heavy lifting is needed for them to come together. Unfortunately, they’re not in a place where they’re ready to do that yet.

Although I’m not surprised that Liz walked away from Max for the time being, I am shocked that she went to California. For one thing, there’s no way Roswell, New Mexico season 3 is happening without its leading lady, but also, she seemed to be adamantly against working for Genoryx. And what is she even going to be working on now that her alien experiment has been destroyed?

It makes no sense that she would just forget about her anti-Genoryx arguments and take their offer. Sure, the fact that they’re going to help Arturo sweetens the pot, but I would’ve thought she’d at least struggle with the decision a little bit. I also trust Diego less than ever. It’s clear that he’s up to no good if he was willing to repeatedly sneak into her lab, and Liz should know that.

For a second there I was convinced that Diego was going to be the secret evil alien, but it turns out that I wasn’t even close. While Roswell, New Mexico season 1 ended with zero Max’s, season 2 ended with 2! That’s what I call a Max balance. 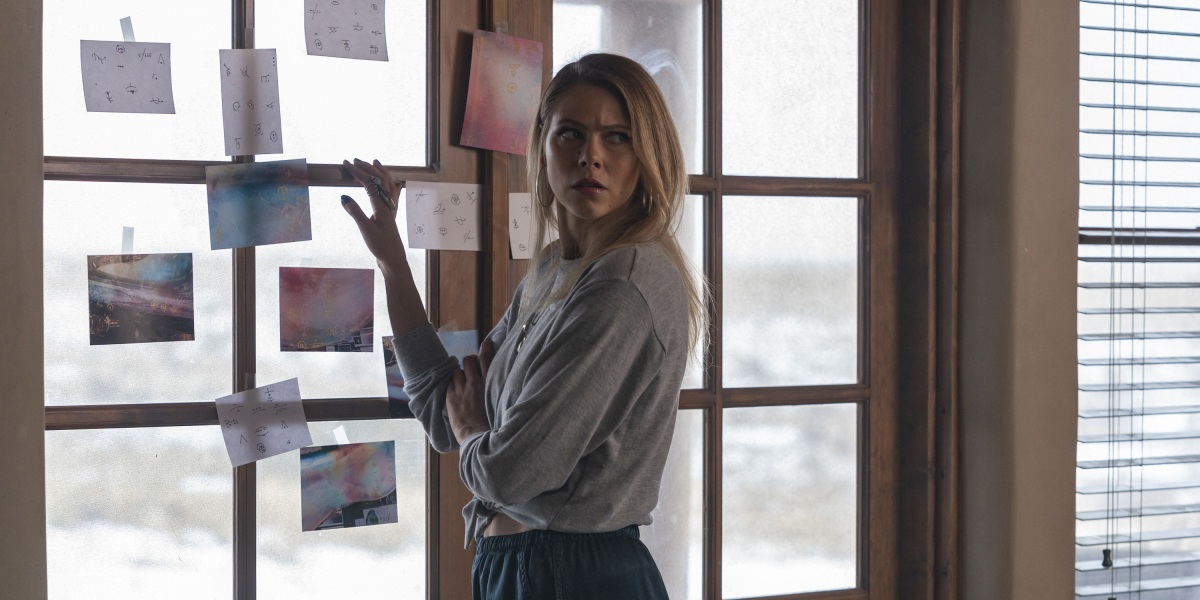 I really enjoyed how the mystery unfolded in this episode and season of Roswell, New Mexico. Nora’s reveals paralleled Max’s discoveries in a cool and subtle way, and I was still so surprised when their stories converged like they did.

It’s hard to decide which scenes I liked better: the sweet flashbacks of Nora and Tripp falling in love, or the alien sibling detective squad hard at work. These were definitely highlights of a fairly tumultuous episode.

I am so excited to see what happens with evil Max, whoever or whatever he is, in the next season of Roswell, New Mexico. This season was somewhat lacking in a villain, so I’m thrilled that they’re setting up a good one for their return. I hope he wreaks as much havoc as his ominous “howdy” suggests!

Although they weren’t main players in the Roswell, New Mexico season 2 finale, Kyle and Jenna also had some great moments. Jenna gets to keep her sister and thanks to Liz, Kyle gets to keep his sort of girlfriend! The sister hug and the Kyliz hug were both such beautiful moments of light in the season finale.

I’m excited to see what Charlie Cameron brings to the show if she becomes a more regular character, and I’m terrified to see if whatever Liz did to Steph has any negative consequences. I wouldn’t be surprised if she started developing alien powers, or at least started craving nail polish remover.

I’m sure I didn’t cover everything in that packed episode, so there’s still a lot to talk about until Roswell, New Mexico season 3 premieres. Let me know what you thought of the season 2 finale, and what you’re looking forward to in season 3, in the comments!