‘Roswell, New Mexico’s’ Michael and Alex had to fall apart to come back together

Roswell, New Mexico’s Michael Guerin and Alex Manes just couldn’t make it work, but that might be for the best…for now.

The collective hearts of Roswell, New Mexico fans everywhere shattered when Michael Guerin told Alex Manes that he didn’t love him anymore. After a tumultuous season of rooting for the adorable pair of literally star crossed lovers, it was unfathomable that their love story might be coming to an end.

However, while their romance is certainly on pause, I absolutely don’t think Roswell, New Mexico is done with it. In fact, I think their potential is actually greater than ever in season 2.

Michael Guerin and Alex Manes needed to be torn apart to have a prayer at ever having a decent relationship. I know many Malex shippers will probably disagree, but it’s undeniably true. At least in my incredibly humble opinion. 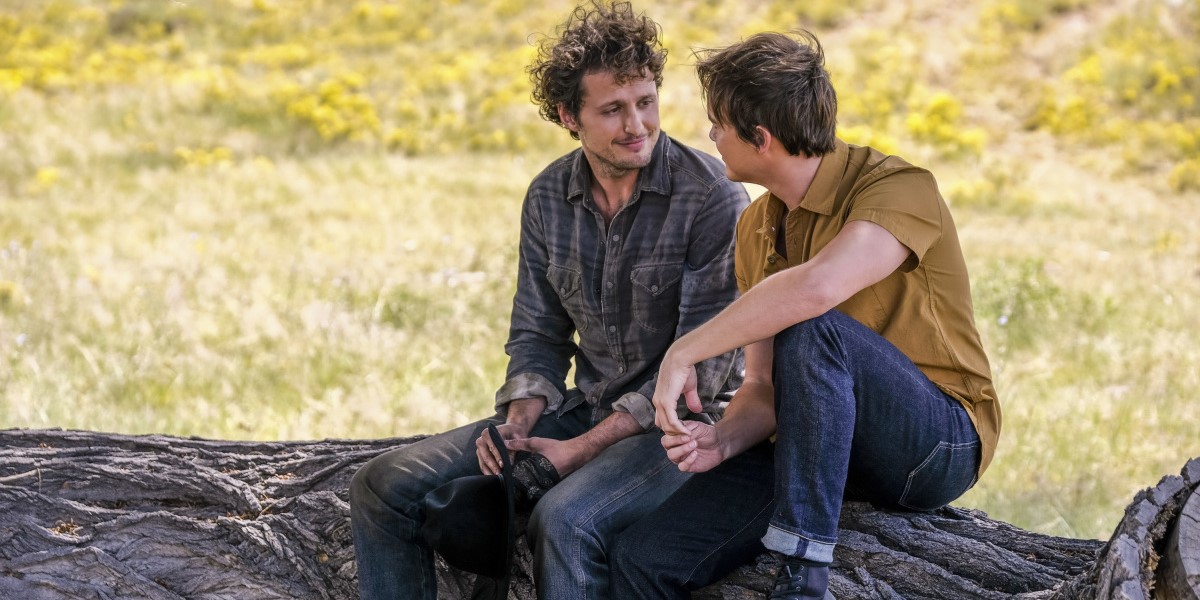 As beautiful and strong as the connection between Guerin and Alex was, it was never sustainable. No matter how much they loved each other and how much they meant to each other, their relationship was built on a foundation of secrets, lies, and pain. It was always going to crumble.

Guerin was always lying to Alex about who he was. He and his siblings had an agreement to keep their species a secret, even to their loved ones, and Michael didn’t falter. Unfortunately, you can’t truly let someone in if you can’t share one of the biggest parts of you. We saw how that worked out with Isobel and Noah. They were essentially strangers in Roswell, New Mexico season 1, even in marriage.

Things got even worse after Rosa’s death. Michael and his siblings somehow now had a bigger and more dangerous secret with even more severe consequences! At that point, Guerin starting pushing Alex, and everyone else around him, completely away.

Guerin has always had a problem accepting love, since he was never shown that he deserved it as a kid. All he ever got was abuse and abandonment. His secrets only made him feel more unlovable. If Alex didn’t even really know him, how could he ever believe that he truly loved him? He couldn’t. 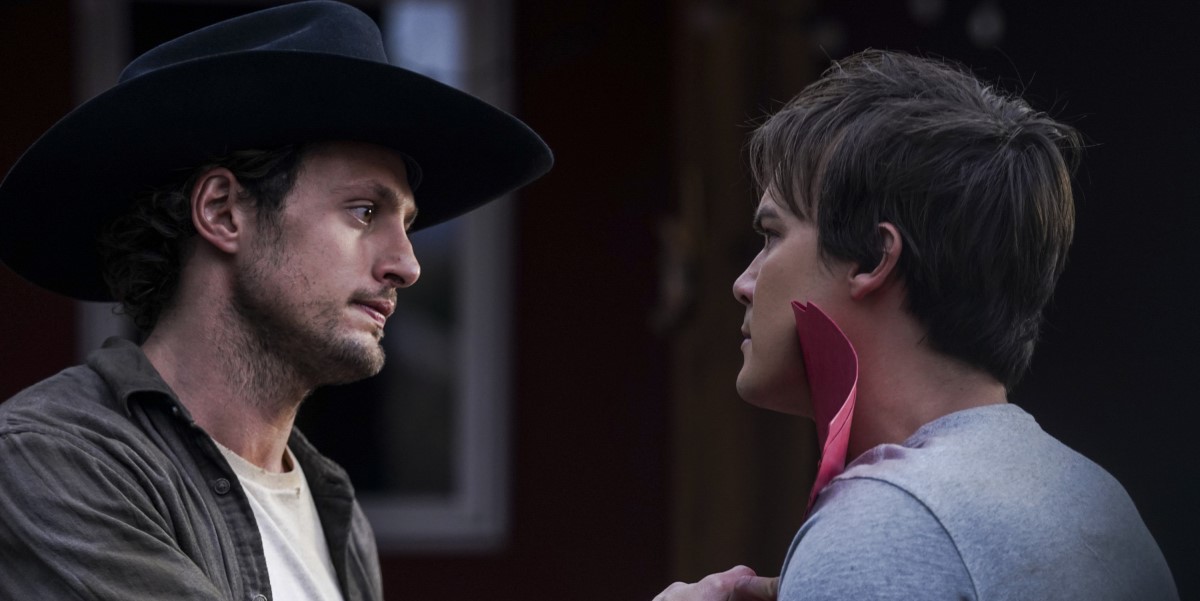 Also, Alex wasn’t fully out of the closet when he and Michael started dating. While that’s far from a deal breaker in many cases, for Guerin and Alex it was the source of a lot of pain and shame. The hatred and abuse they both suffered at the hands of Alex’s father combined with Alex’s desire for his father’s acceptance created a painful stain on their tapestry. One that Michael physically carried with him for years in the form of his broken hand.

That pain was what ultimately led Guerin to call things off. Looking at Alex was like staring at everything and everyone who’d ever hurt him, and it eventually became too hard. In holding on to each other, they were holding on to all of the baggage of their past, without a hope of moving past it. They both had work to do, and they’ve both taken steps in the right direction, but coming back to each other was like falling back into all of their old problems.

In Roswell, New Mexico season 2, Guerin chose Maria. With all the pain and heartache he associated with Alex, she was the easier choice. Where Alex felt heavy, she felt light. And he desperately needed light.

Beautifully, Alex did not run away in response to Guerin’s rejection. In fact, he became more determined than ever to help the man he loved find the family he was seeking. He did so even after he found out about Michael and Maria. He’s showing Guerin what real love is. Pure and untarnished.

He also got one last secret off his chest when he finally told Guerin about the piece of his ship he’d been hoarding. With that, he let go of the last bit of jealously, selfishness, and toxicity between them. 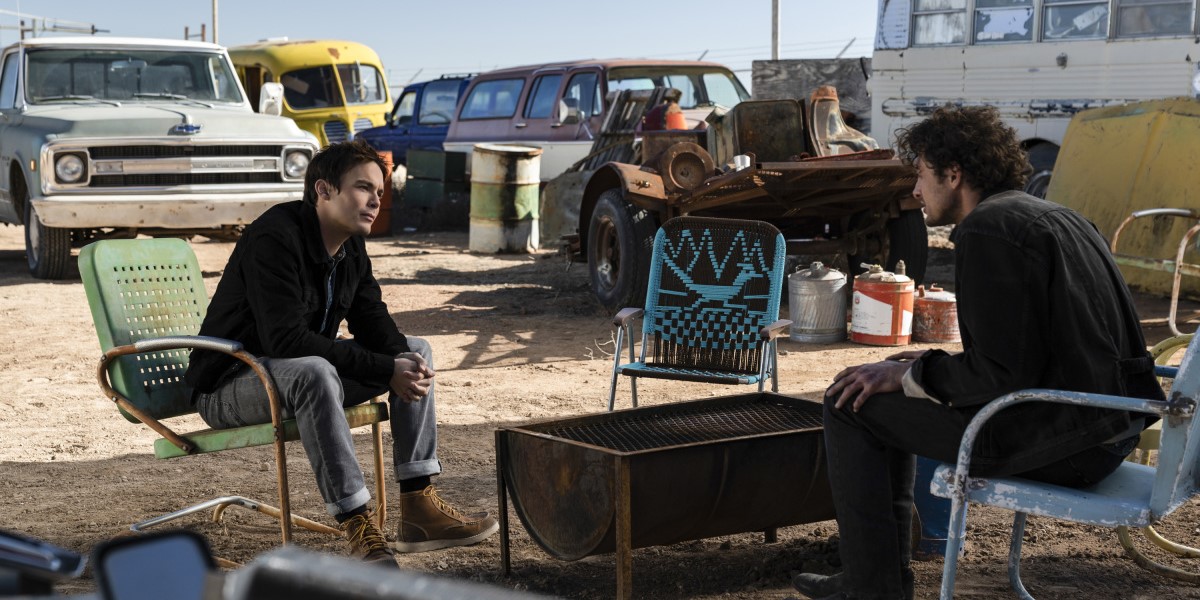 Now, they’re finally ready for a fresh start! And even though they’re not currently together, Roswell, New Mexico is still giving it to them. As they search for information about Guerin’s mom, they’re becoming closer than ever.

Honestly, most of my favorite Malex scenes have been from Roswell, New Mexico season 2. Obviously the pick-up truck make-out was a highlight, but other than that, I’ve just loved watching them become friends. Probably closer friends than they’ve ever been before.

Pranking Wyatt Long, investigating, discovering new information about their families…they’re bonding in a whole new way, and healing their old wounds together. This is a foundation that they can really build something special on. This is the launching point for the Malex they deserve to be!

Their attraction and chemistry is still there, and it’s not going anywhere. It’s all of the other stuff that they need to work on. Their timing has never been right, but it could be soon. They both know who they are now, and they know what they want. Now they just need to learn how to be that for each other.

I’m all for Michael giving Maria a chance, and I think they could grow a lot with each other, but I really believe that Roswell, New Mexico has simply broken these boys up to give them a real shot at happiness with each other someday.