We use cookies to ensure that we give you the best experience on Hypable. If you continue to visit us, we will assume that you are happy with it.
9:20 am EDT, March 12, 2019

We’ve seen images and teasers, and now we finally have the first full trailer for Disney’s latest live-action adventure, Aladdin.

Disney’s live-action adaptation of the beloved cartoon, Aladdin, has had fans talking for quite a while. The movie hasn’t released much in the way of content, but we’ve gotten to see images and teasers to give us a hint of what to expect in the forthcoming Guy Ritchie-helmed flick.

And while many of us are stoked to see Aladdin come to life in the 3D world, some of the images released from the movie has fans worried. The different take on the character’s classic costumes and Will Smith’s Genie in his blue form had some fans a bit freaked out. However, after seeing the first full trailer released from the movie, we’re officially super excited for this big screen adaptation.

While there was initial concern over Will Smith’s Genie, seeing him in action a bit more has definitely removed some of the nightmare-fuel quality many felt when we first met the character. Plus, Will Smith’s charisma absolutely shines in this role, and it looks like we’ll love his Genie as easily as we did Robin William’s Genie in the cartoon.

The set is also incredibly colorful, and really brings out the feelings of magic, wonder, and possibility that we all felt when watching the cartoon as kids. And hearing Aladdin (Mena Massoud) and Jasmine (Naomi Scott) sing “A Whole New World” gave us absolute chills. 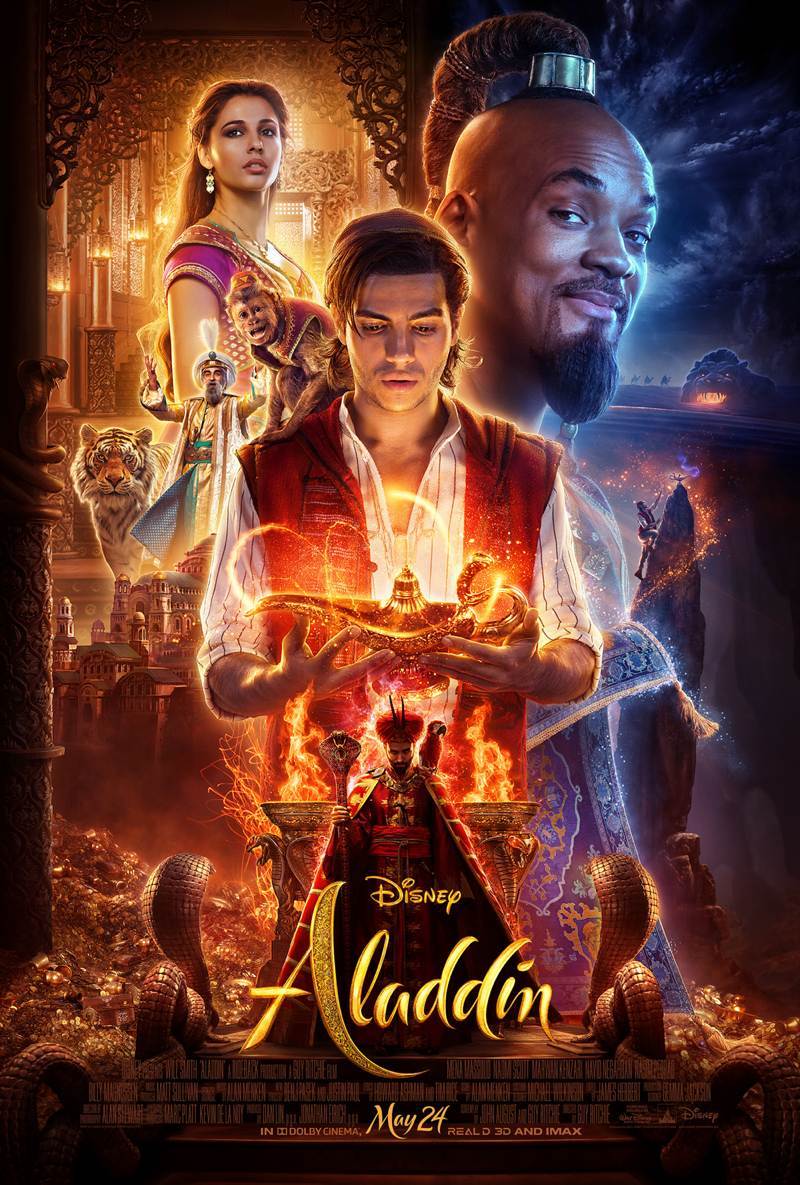 We are incredibly excited to see this fresh take on a story we’ve loved since we were kids. Thankfully, we don’t have to wait too much longer for this one. Aladdin opens in movie theaters everywhere on May 24.