Have you wondered what happened to Pottermore in 2019? J.K. Rowling’s old Harry Potter website that served as an online trip through the author’s beloved series.

Pottermore launched in 2012, and it was a big deal. At a time when the core series was ending (Deathly Hallows, Part 2 hit theaters a year earlier), fans were excited to learn there was going to be “more” “Potter” from author J.K. Rowling.

The interactive website featured new writing on Harry Potter from Rowling and was tied to the launch of the original seven books in eBook format. It also served as a companion to each chapter in the series, with little tidbits about characters, locations, and more. It was the Harry Potter encyclopedia that Rowling always promised — but in a digital format.

The author herself was tied closely to the website, even posing for publicity photos in the Pottermore offices. 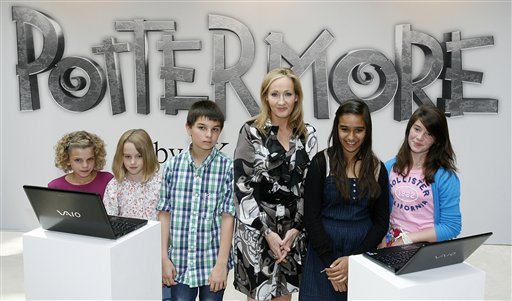 What happened to Pottermore in 2019

Over the years Pottermore never quite found its footing. The site changed its design and mission several times, and for the first few years wasn’t compatible with mobile devices. As the site turned into more of a blog than a companion to the book series with writing by ghost writers, they scaled back the “Pottermore from J.K. Rowling” part of the branding. Through the hiccups, Rowling’s quizzes and original writing which added to Wizarding World canon appeared to be the site’s most popular assets.

In a blog post last October with the somewhat misleading (or foreshadow-y) headline “The Wizarding World is expanding!”, Pottermore announced that they’d be moving much of their content and features over to WizardingWorld.com, a new website that launched in Summer 2019. The new site boasts a Wizarding Passport, which lets users store their Hogwarts House, Patronus, Wand, etc.

WizardingWorld.com is the new official hub for everything Harry Potter, Fantastic Beasts, and any other future franchises set within this magical world.

And no part of the Pottermore domain survived. Pottermore.com now redirects all users to WizardingWorld.com. Pottermore’s social media handles changed to the new Wizarding World branding too. 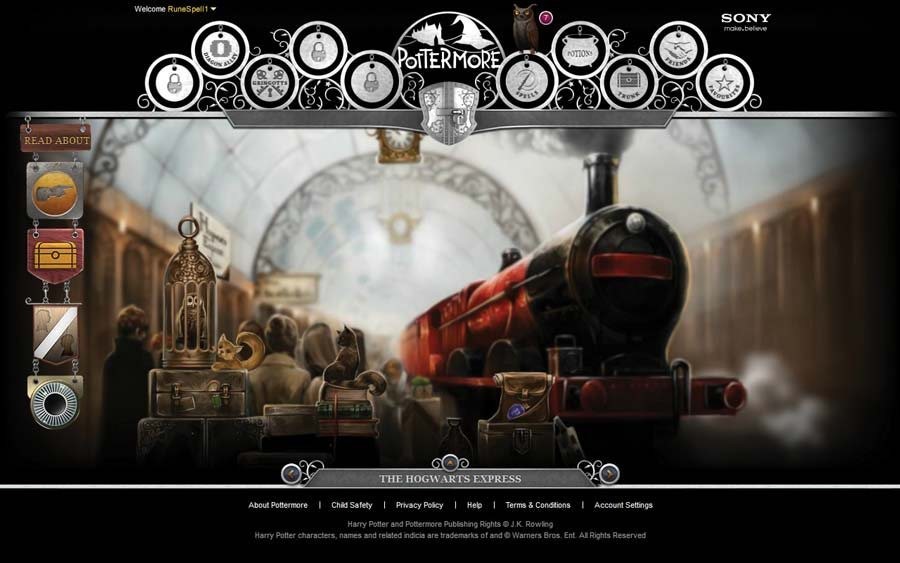 The transition to WizardingWorld.com came as the franchise added new stories (Fantastic Beasts), games (Wizards Unite, Hogwarts Mystery), companion books, and whatever else lies ahead. Like the current Pottermore, the new website will serve as a hub for all things Wizarding World.

WizardingWorld.com now includes the Sorting Hat and Patronus quizzes that helped bring visitors to Pottermore, but it’s still missing the character analysis and chapter-by-chapter areas. The former is expected to appear on WizardingWorld.com at some point in the future. Luckily, all of Rowling’s original writings for Pottermore are currently available on the new site. We figure those got priority during the transition because it was some of the most popular content on the site.

We hope to see the character profiles added back to the website, because it was nice to have an official source about the author’s vast world of characters.

Rowling’s own website, JKRowling.com, also received a refresh in recent years. It hasn’t received as many updates as fans may’ve hoped, but that’s okay, because she’s been busy writing her Cormoran Strike series, and Fantastic Beasts films.

Months after WizardingWorld.com launched, the website added a premium membership called Wizarding World Gold. The subscription costs $74.99 per year, and in Year 1 it offered fans a personalized journal, discounts in an online store, complimentary copies of the eBooks, and behind-the-scenes looks at the making of the franchise.

Wizarding World Gold members were also offered exclusive pins, but after your first one arrived in the mail with your journal, you had to go to physical locations around the world to get the others. This means fans have to spend additional money on travel to get the full suite of benefits, unless they already live in places where the pins are available (like at the Wizarding World theme parks in Orlando and Los Angeles, and at The Cursed Child productions in New York, London, and San Francisco).

What remains to be seen is how Wizarding World Gold will encourage customers to continue spending $74.99 a year to be a member. Presumably they will announce additional benefits to entice people to stick around, like another customized physical gift. Wizarding World Gold originally opened in November 2019, so we should be hearing about Year 2 by the end of 2020.