On Nancy Drew season 2, episode 18, now that everyone is aware of Nancy’s clingy wraith, it is no longer hiding. Nancy is covered in bruises, inches from death, and there’s only one way to save her.

Nancy Drew season 2, episode 18 finishes the season strong as the Drew Crew work together to discover how the wraith was created, leading to new information about Temperance Hudson and her life in Horseshoe Bay.

But for Nancy to rid herself of the supernatural parasite, she must look inward to see what made her such a delectable target in the first place. Despite her initial instinct, it wasn’t just being a descendant of its creator that made her the perfect host. 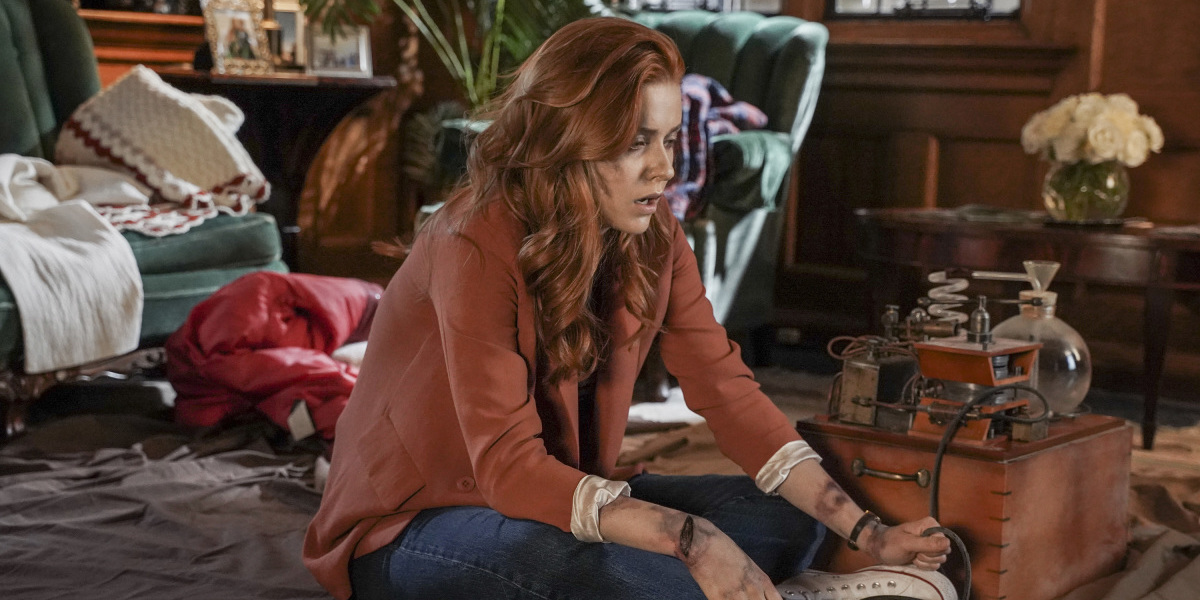 After a rough season full of weekly mysteries and dreadful Hudson family drama (and trauma), Nancy Drew season 2, episode 18 finishes the season on a strong note. As I wrote in my last review, it’s nice to see that there was some sort of plan for the season with the wraith latching onto Nancy in the premiere episode, as everything has felt very disconnected.

For the most part, Nancy Drew season 2, episode 18 is a successful episode. The wraith story is put to bed, Gil Bobbsey is out of Nancy’s life, and we’re moving on to a more compelling tale of the dark power that lies beneath Horseshoe Bay that Temperance Hudson was executed for trying to tap into. (Finally, another local legend like Lucy Sable’s death.)

Overall, I wouldn’t say it “saved” the season from primarily being a disaster, but it certainly left me intrigued enough to continue tuning in when the series returns from hiatus. Plus, Nancy is moving on to the next phase in her life after accepting everything she’s been through, so I’m very interested in seeing where her new lease on life leads her.

The wraith and Temperance Hudson 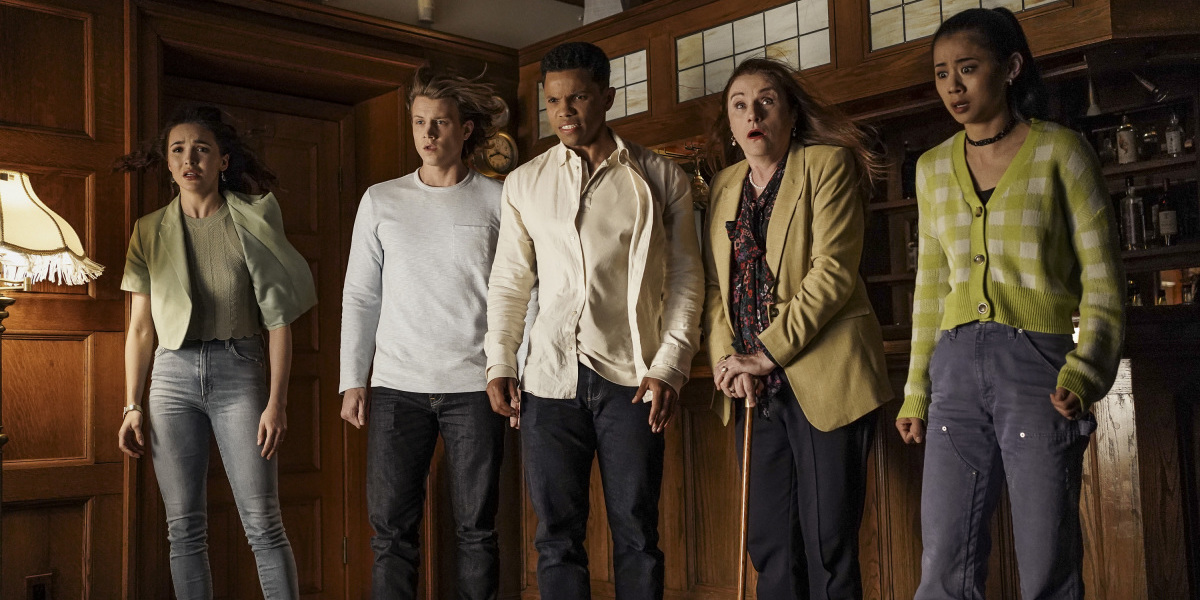 Aside from Nancy’s watercolor bruises, Nancy Drew season 2, episode 18 wrapping up the wraith storyline was surprisingly successful (even if I’m not totally on board with the fact that it was slowly making Nancy into a different person for the entire season).

Digging into Nancy’s subconscious, while normally very cheesy, definitely worked in this context. While a therapy session would’ve worked just as well, I’m always a fan of a character delving into their trauma and working through it. It’s often far too overlooked in this medium when these shows repeatedly traumatize a character for the sake of a plot.

It was fun and enlightening to see the roles that the other Drew Crew members took in her mind to help her along on her path to self-discovery, and to see the moments that stood out most to Nancy as instrumental in her life. Knowing the truth was being kept from her by Carson and Kate helped turn Nancy into the ace detective she is today, so without these secrets, where does she go? Does the idea of solving a mystery still bring the same thrill and immediate (but not long-lasting) sense of relief it used to?

I still don’t believe spending so much time building up to the Everett Hudson takedown story was worth it, but it’s nice to be moving on to another (much more interesting) member of the Hudson clan next season.

Now, like Lucy Sable’s death, there’s another local legend to dig into with the dark power that lurks beneath the town. Plus, why would Temperance turn her back on her sister witches to tap into this power? Surely, it’s power, as she is a power-obsessed Hudson, but it’s fascinating and exciting to think of all of the possibilities. 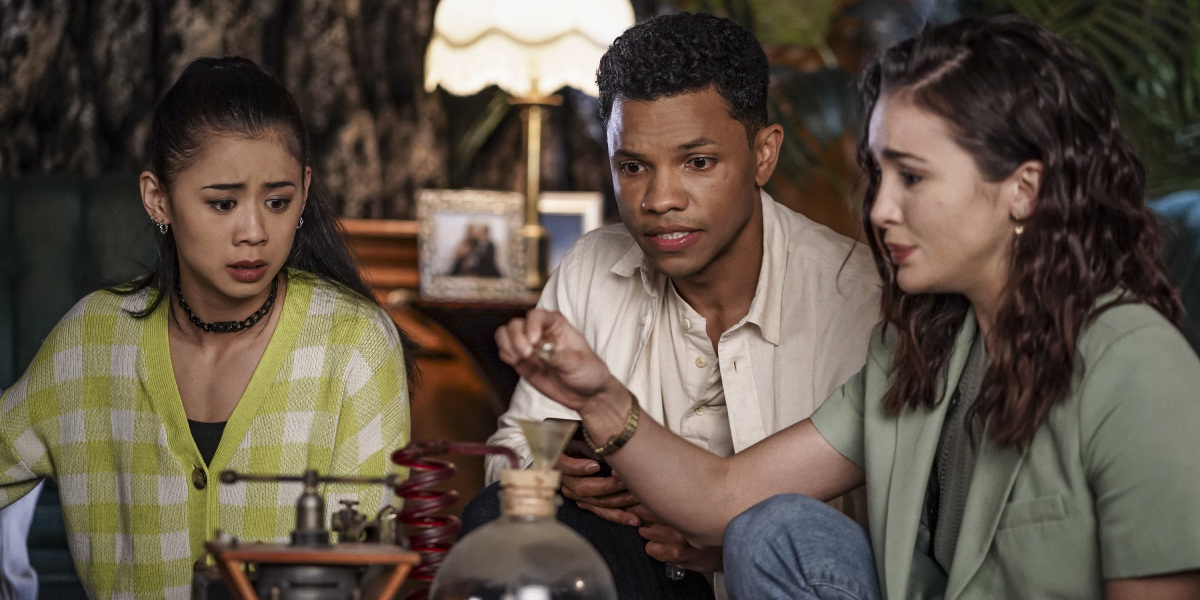 Nancy Drew season 2, episode 18, as far as the main plot goes, was amazing. Otherwise, not so much. The Odette story came to a temporary close as, after a kiss with Bess, Odette retreated into George’s subconscious to let George enjoy the remainder of her short life. It was, frankly, a bit lackluster after a 13-episode arc.

Plus, now we have another rushed step to George and Nick’s relationship. They went from dating to I love yous in less than a week… to engaged after, what, two months? If they’re really pushing this as their beautiful endgame relationship, go for it… but at least try to make it seem like you take it seriously?

George lies to Nick about once per episode (which he never failed to yell at Nancy about), and he still doesn’t know about George’s life line being shortened due to Odette’s presence. Also, Nick apparently cannot have a scene without George or have a real talk with anyone else like ever. But, sure… OTP. 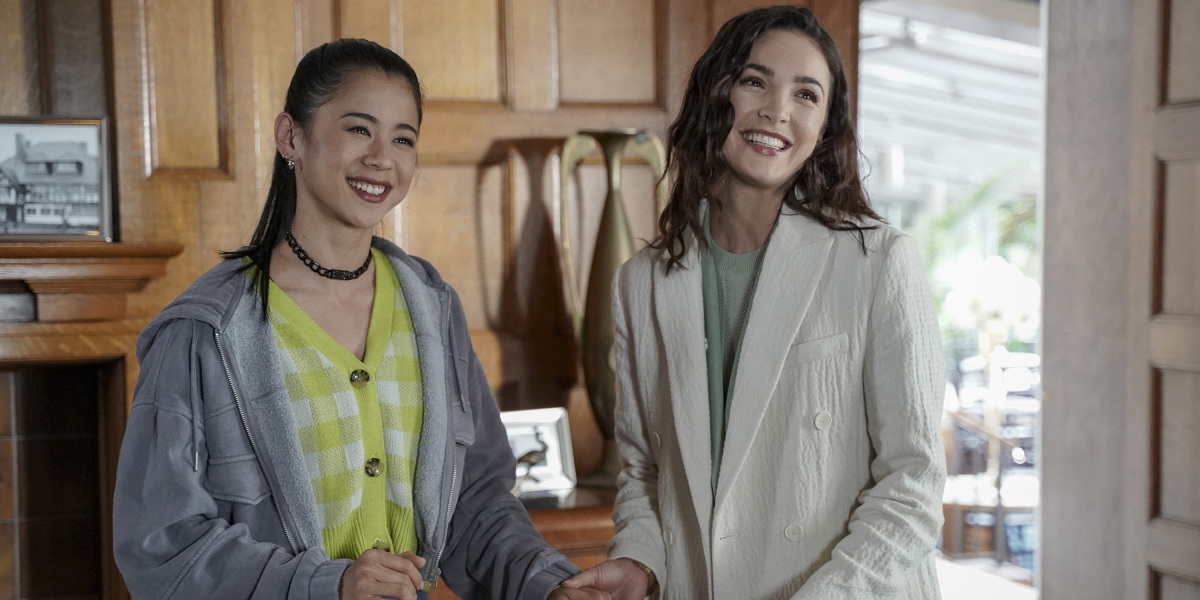 My biggest issue with Nancy Drew season 2, episode 18 and the season as a whole is the treatment of Bess. First of all, the way her relationship with Lisbeth ended was beyond poorly done. I’m not sure what was going on behind-the-scenes, but that definitely felt like a story that was rushed and not thought through. It didn’t feel like the end, just an obstacle for them to overcome.

Second, after that episode at the beginning of the season, the only other where Bess played a major role was the episode where Aunt Diana cut her from the Marvin family. So she was left single, isolated, and unhappy after two episodes (in a total of 18). Then, the worst story of all, Bess’ fling with Odette. Honestly, this felt like queerbaiting taken to the next level. The relationship between George and Bess was instantly popular and one fans were hoping would turn romantic at some point. Putting a ghost in George’s body to semi-but-not-really deliver on this? Not cool.

Bess was just thrown around, not given a real story, and used primarily for comedic relief or to just remind people she is a lesbian all season long. It’s disappointing to see yet another CW show treat their only gay character with such disrespect. Do better.

Overall, while I’m excited for the story of Nancy Drew season 3, this season was majorly disappointing. The characters and relationships were treated terribly, the Hudson family (namely Ryan) completely took over when it’s by far the worst part of the show, and the story just really didn’t connect.

Nancy Drew season 2, for me, was lacking on everything that made this show so incredible in the first season. At least it finally seems like we’re on a path back.

Nancy Drew season 3 airs this Fall on The CW!