On Nancy Drew season 2, episode 17, Nancy has kidnapped Everett and is determined to get justice for Celia’s murder, while the photo that Carson took of her showing scratches and bruises is worrying those around her.

Nancy Drew season 2, episode 17 picks up the morning following Nancy’s misadventures with a taser, with Everett gagged and bound in Lucy Sable’s old home. Meanwhile, Carson, Bess, and George dig into history and lore to discover why Nancy is disfigured in the photo, stumbling onto some frightening information.

This episode brings the season full circle with the revelation that Nancy has had a wraith attached to her since she saved Gil in Gorham Woods during the season 2 premiere. 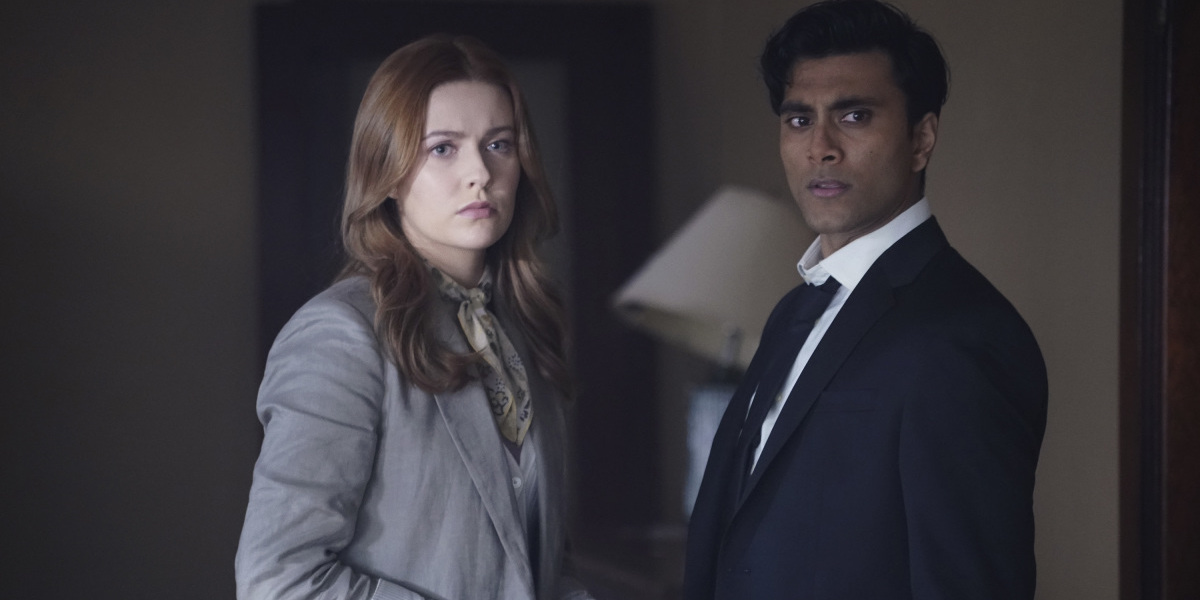 Honestly, if it weren’t for the last few minutes, Nancy Drew season 2, episode 17 would’ve been a bust. Sure, at least Everett is finally getting his comeuppance for one of his (many) crimes, as we discovered he murdered his brother, but that’s pretty much the only good thing that happened.

This rather disconnected season that has put far too much focus on weekly mysteries and far too little on actually developing the main characters is coming to an unsatisfying end. The Hudson story that has been plaguing the show for more than a season now is becoming the central focus and the catalyst for the investigation into a giant criminal organization that spans the globe. (Can you say mistake?)

I love this universe and many of the characters, so it’s disappointing that the show has taken this terrible turn after a rather groundbreaking first season and a very interesting and enchanting story at the beginning of season 2 with the Aglaeca.

At least the season 2 finale seems like it’s finally going to get back to what we love about Nancy Drew as Nancy fights off this parasite with the help of her father and friends? 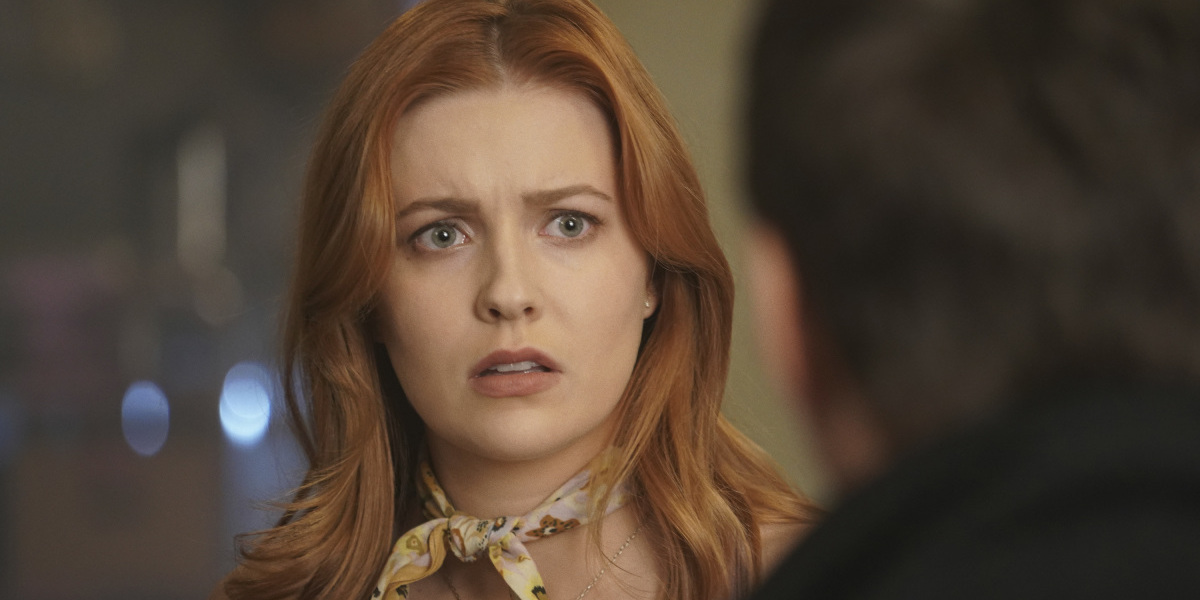 In a season that has felt awfully disconnected, it’s nice to see there was some plan in the works from the very beginning with the reveal that Nancy has had a wraith attached to her since that night in Gorham woods. However, it brings up a much larger problem. Who is Nancy Drew now?

Nancy Drew season 2, episode 17 makes it seem like the wraith has both been feeding on Nancy’s vulnerability and causing more. It seems like the wraith has been sending Nancy on a downward spiral throughout the entire season, which has seen Nancy hit rock bottom and embrace her inner darkness after all of the trauma she’s experienced.

The bigger issue is this: Who is Nancy Drew actually, after everything she’s learned and experienced? We’re not even 40 episodes into the show, and now we have to reframe everything we thought we knew or had learned about the heroine in the second season. It’s too soon for this, especially over such a prolonged amount of time with the titular character. What has been the real Nancy during this entire season?

The wraith has been, in Nancy’s own words, changing her. It’s been impacting her sense of self, causing her to make decisions that she wouldn’t otherwise. So much of this season has progressed because of Nancy’s decisions, like her decision to work with Celia and save Ace or the decision to be with Gil (who has consistently proven himself a dangerous, controlling, and untrusting person).

We barely knew Nancy when season 1 abruptly ended, particularly because Nancy had to re-learn who she was after discovering all of the lies she had been told to cover up the truth of her birth. This was the season when we were supposed to learn who Nancy was alongside her, but that has been ripped away from both the fans and the character.

We shouldn’t be going into a third season without truly knowing Nancy Drew. 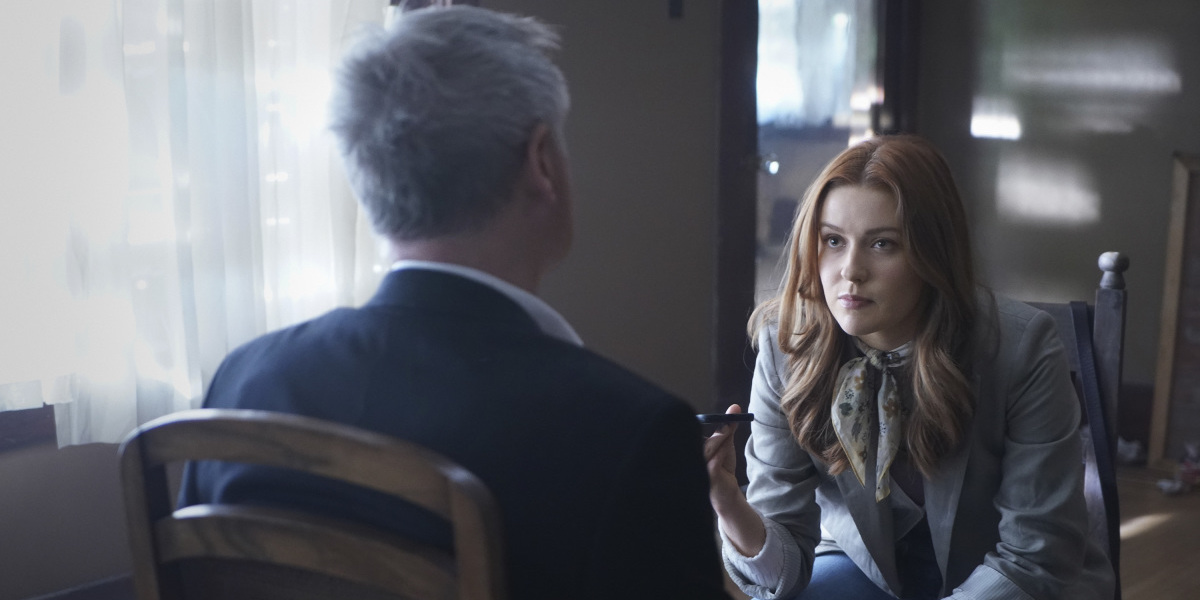 If the series follows the path it seems they’re headed down after what we learned on Nancy Drew season 2, episode 17, being moved to the Friday death slot this Fall might be fitting. No show has successfully managed to introduce and tell a fulfilling story about a giant criminal organization. Just look at ABC’s Revenge season 2, which literally had to walk back their story because it was killing the show.

So much of this season has been spent building up the Hudsons and the Road Back, the criminal organization that spans the entire globe and started in Horseshoe Bay. If that is Nancy’s next target since they are responsible for Celia’s death (or so we are currently led to believe), Everett is going to be instrumental for his knowledge of the organization… which is going to be infinitely worse than watching Ryan Hudson pretend to be a good guy every week.

Part of Nancy Drew‘s charm is the small town setting and the mysteries that have tied this town together over the years, like the murder of Lucy Sable or the rivalry between the Hudsons and the Marvins. While the Road Back organization seems to have started in Horseshoe Bay, it’s much too large now for the show to keep the same tone and focus. Things are going to get bigger in a terrible way.

I’ve really missed just seeing a mystery spanning multiple episodes that teaches us more about this little town. Lucy Sable’s story will never be topped, but we could easily see more stories like Tiffany Hudson’s, which was interesting and enlightening about the town and the residents in its own way.

I’m not going to hold my breath about this Road Back story because it just doesn’t seem feasible that it will be satisfying in any sense (especially considering at least one Hudson will be involved). Maybe it’ll end up a pleasant surprise, but that’s rather unlikely given the rate of failure with stories like this throughout television history. It’s too much to take on and, frankly, not what anyone wanted from a show about a teenage detective in a small town. 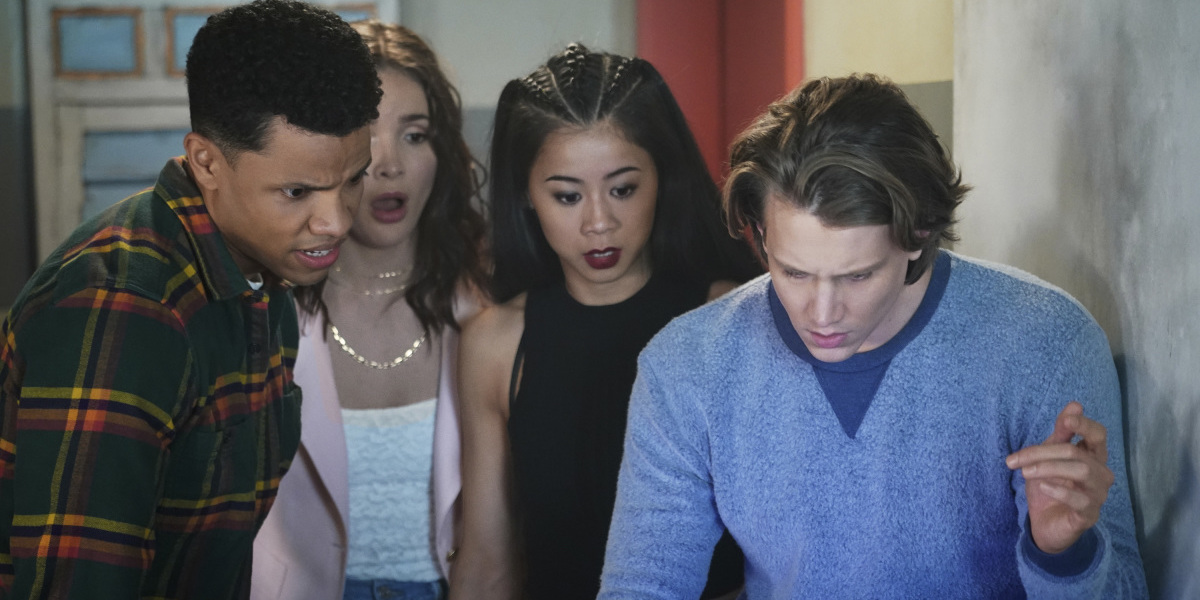 It’s great to see that there has been some thread connecting Nancy’s story throughout the season on Nancy Drew season 2, episode 17, but what about everyone else?

Nick tackling a racist tenant in his building and using his privilege and wealth to teach him a lesson is important, but should that have been his primary focus in the penultimate episode of the season? Nick has been the only member of the Drew Crew invested in the Hudson story all season long, as Tiffany asked him to get justice, so why was he sidelined in the biggest Hudson-focused episode (where we actually saw Everett face justice)?

Meanwhile, George still has Odette entangled with her, the knowledge that her life is being cut drastically short, and no way to remove Odette from her body. Is this really a story we want to see carried over when it is offering nothing to the show? Ace had the story with his brother, at least, but little else.

As for Bess, has she even had a story this season? I guess she broke up with Lisbeth and Diana Marvin cut her out of the family, but both happened many episodes apart and Bess has had nothing to do since (except crush on a dead woman and sign up for a dating website). 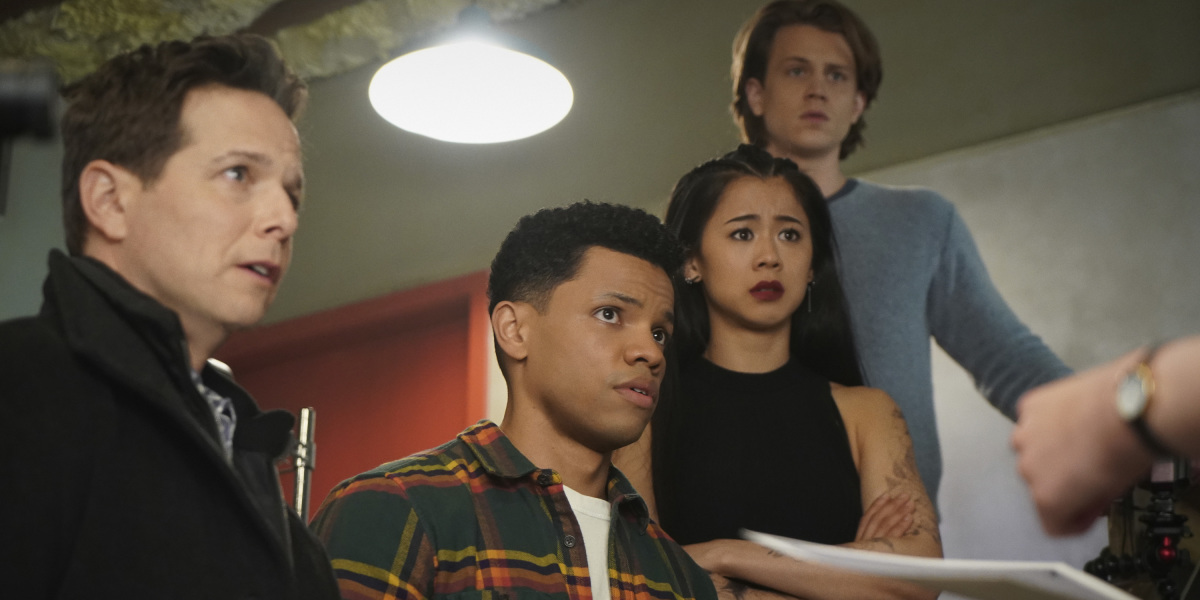 Truthfully, the season as a whole feels so messy. We’ve been robbed of a thrilling, connected season for every single main character, and my hope is so low for the finale and the following season. I love this show, truly I do (even if it doesn’t seem like it from my more critical reviews), but the quality has fallen so substantially from the first season.

We’ve seen what they’re capable of, and we deserve more of what we saw last season. We deserve to watch these characters find themselves and their relationships fully explored. We deserve a more connected, thoughtful story for everyone. (We deserve for Bess to actually be written like a main character instead of comedic relief.)

But it is most disappointing that we’re going into a third season with little idea of who Nancy Drew actually is. This just feels like another version of the Dead Lucy fallout, which made Nancy question everything.

The Nancy Drew season 2 finale seems like it is getting back to basics and focusing on the characters we love. If only we could just drop the Road Back story and pick up fresh next season…