I’ve made it no secret how much I love Mortal Kombat. Not only did I grow up on the games, but the original Mortal Kombat movie from 1995 was one of my all-time favorites. It might not have stood the tests of time, but it remained the top-rated video game adaptation until recently.

This year’s Mortal Kombat had a lot to contend with. The video game franchise has been going steady for 30 years and has garnered millions of fans. The wide variety of characters are as diverse as they are dangerous, and the universe’s lore remains as complex and interesting as ever.

Taking on a Mortal Kombat movie adaptation is no easy feat, and I applaud everyone involved in this film, including first-time Director Simon McQuoid. Everything about this movie screams passion and dedication, and it’s nothing less than what fans deserve.

There’s so much to talk about here, and while I’ll do my best to remain spoiler-free for most of the plot details, I will be talking about the characters in detail, including some we may not have previously seen in trailers.

If you want to watch the movie with as little knowledge as possible, I suggest you click away now.

The film begins in the past with an epic battle between Bi-Han (Sub-Zero) and Hanzo Hasashi (Scorpion). There is a prophecy that states Hanzo’s bloodline will produce an heir who has the ability to win Mortal Kombat and destroy Emperor Shang-Tsung’s (Chin Han) chances of gaining control over Earthrealm. 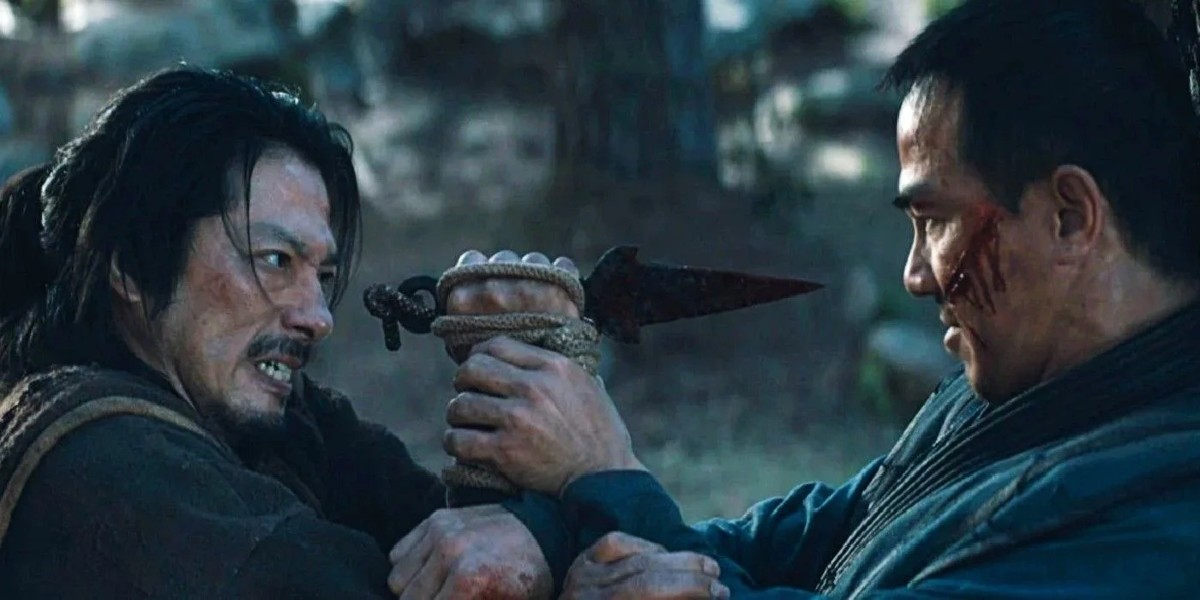 This prophecy is the driving force for the entire movie, and the bad blood between Bi-Han and Hanzo Hasashi lands us at Cole Young’s doorstep. Unbeknownst to him, he is Hanzo’s decedent, born with a birthmark in the shape of a dragon, and destined to fight in Mortal Kombat.

From there, the movie brings all the major players together. It takes care to give each character a proper introduction, as well as carry their story throughout the nearly two-hour runtime. All our heroes (and some of the villains) are allowed the time it takes to grow through their own mini arc while the world is raging around them.

For his part, Cole Young (Lewis Tan) is our window into this universe. He is an original character created for the film, but by the end of the movie, it feels as though he could be dropped into the video game and go toe-to-toe with any of our favorites.

We quickly meet Jax (Mehcad Brooks), whose biceps could crush a man’s skull, and Sonya (Jessica McNamee), who’s just as intense as I remember from the original film. They make a good team, but each one stands on their own. I was happy to see Sonya have a front seat to the action throughout most of the movie.

And then there’s Kano, played to absolute brilliant perfection by Josh Lawson. He is a sarcastic, lewd, brutal man who will make you laugh one minute and try to slit your throat the next. He’s the definition of a character you love to hate.

He is undoubtedly one of the biggest highlights of the film, and most of the movie’s humor comes from his reactions and one-liners.

Another surprising highlight was Kung Lao (Max Huang). Considering his special ability (known as his arcana) is a flying hat, he could’ve come off as completely ridiculous. In reality, he was one of the most well-done characters in the film, and his presence elevated the entire story.

So much of this movie truly felt like the video game, from the fight scenes to the fatalities to the careful way they orchestrated interactions with each of the characters. 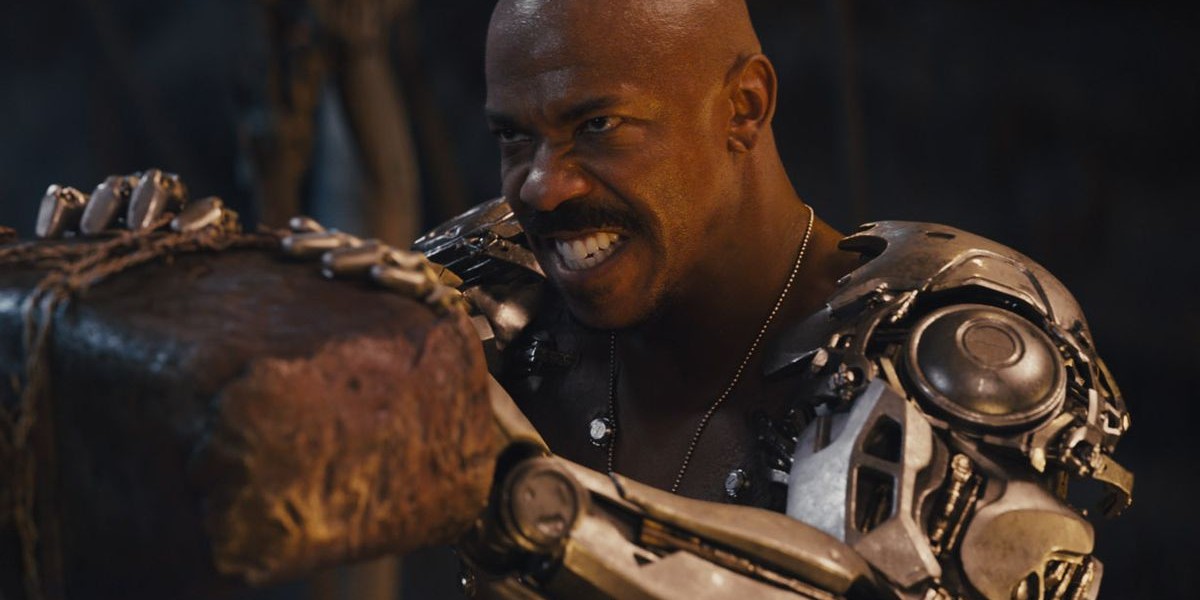 My one major criticism of the film (that we didn’t technically see a Mortal Kombat tournament) was offset by the way they threw two characters together in an arena that felt like it was right out of the game. And then we got to watch them fight to the death.

In these moments, the film was allowed to revel in what has made Mortal Kombat so spectacular over the years—the bloody and gruesome deaths that, at least one point in time, probably shocked you to the core. (I shouted at the top of my lungs when I saw this scene for the first time.)

As I said before, video game adaptations are notoriously tricky to get right, but Mortal Kombat (2021) managed to get as close as it could. If nothing else, it’s an improvement over the 1995 film of the same name.

One area in which this Mortal Kombat adaptation shines is, of course, the CGI. If you remember what Outworld looked like in the original movie, you’ll be happy to hear the new Outworld is vastly improved. In fact, you could say the same about CGI-heavy characters such as Goro and Reptile, who both get their time to shine.

This Mortal Kombat review would be remiss not to mention the various other characters who populate this world and were brought to life with great care for the film.

Mileena (Sisi Stringer) is absolutely terrifying, and a true standout amongst Shang-Tsung’s other minions, which include General Reiko (Nathan Jones), Nitara (Mel Jarnson), and Kabal (Daniel Nelson). Though he doesn’t get too much time to shine, Kabal was an instant favorite and his effects and fighting style are truly to be commended.

On the side of light, we also have Liu Kang (Ludi Lin) and Lord Raiden (Tadanobu Asano), both of whom are powerful and patient protectors. Even Cole’s family, Allison and Emily, pulled their weight in the movie, and while I would love to see more female fighters on the roster moving forward, I’m happy with how they treated the ones we got.

At the end of the day, Mortal Kombat delivered on its promises of being loyal to the characters we love and providing some bone-breaking fight scenes in the process. I’m excited for this to be a fresh start to a new franchise, led by a diverse Asian cast ready to keep putting their blood, sweat, and tears into making these characters come alive. 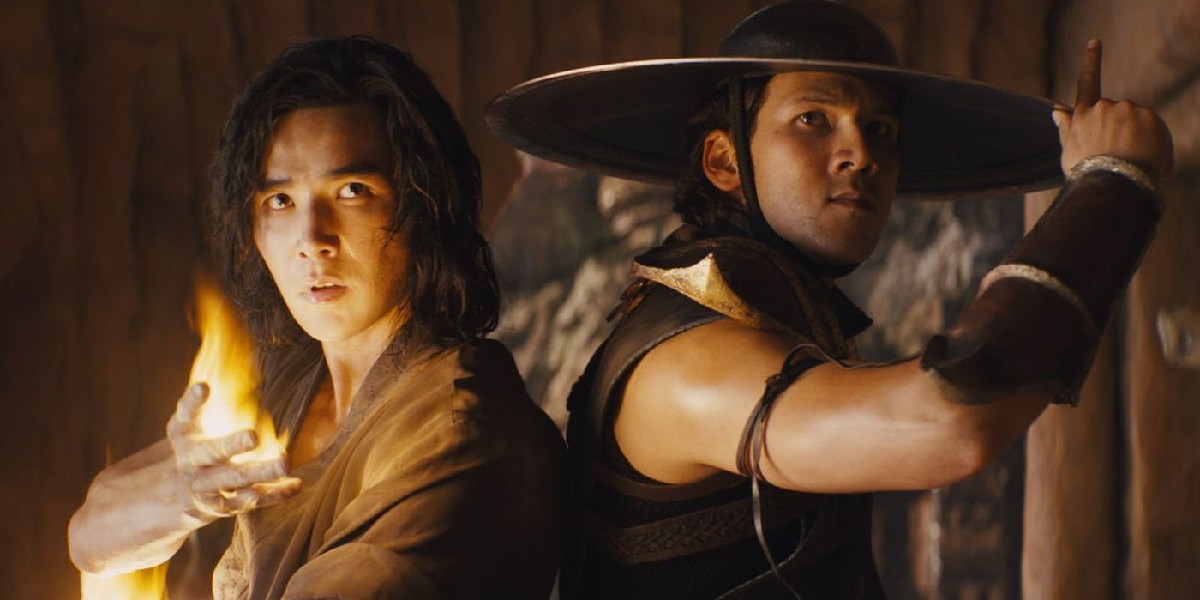 And if we’re lucky, there’ll be a lot more where this came from. Joe Taslim told Variety that he’s signed on for four Mortal Kombat sequels if the first one is successful.

While there is no guarantee that will happen (it depends on fan reactions and profit margins, of course), the movie has set up countless possibilities moving forward. I’d love to see more of Bi-Han and Hanzo Hasahi in the past, as well as some other Mortal Kombat moments prior to the one that’s looming during this movie.

Most importantly, however, is what’s next for our current heroes. Keep a close eye on background images, and you’ll spot a couple champions who haven’t come to life just yet. Plus, there’s that moment at the end of the film that will surely get everything excited.

Whatever happens next, I’m glad a Mortal Kombat movie adaptation got a second chance at life. It deserves that and so much more.

Do you agree with our Mortal Kombat review?