We use cookies to ensure that we give you the best experience on Hypable. If you continue to visit us, we will assume that you are happy with it.
10:30 am EST, January 28, 2020

While it seemed as though it held a lot of promise, the Kingdom Hearts 3 DLC advertised a lot of exciting content, and delivered only on some gameplay fronts.

If you’re asking yourself if the $30 price tag on the Kingdom Hearts 3 DLC is worth it, I’d say that it all comes down to a simple question: How much did you enjoy the data Organization battles in KH2FM+?

If you’re already finding yourself not sold on the idea of paying half of the game’s MSRP for revamped boss battles and some ambiguous story cutscenes, then save yourself the money. However, for those that want to dig deep into what I’d call some of if not the hardest boss rushes in any Kingdom Hearts game, then by all means, this DLC is made for you.

The highlight of the Kingdom Hearts 3 DLC is a Memory Maker mode. Here, players have access to main protagonists and antagonists in preset but dynamic poseable still forms. This DIY photo mode is ripe for all sorts of meme hijinks and scenes of epic battle recreations. It’s what the Kingdom Hearts series has needed for some time now, it just didn’t know it until this DLC.

I found myself enjoying my time playing the KH3 Re Mind DLC nearly exclusively with this fun side addition. Below, you’ll see my masterpiece of Sora, Kairi and Riku on the Destiny Islands near the Paopu fruit tree.

The new photo mode in the KH3 dlc is gold #PS4share pic.twitter.com/zXND9s9GBX

This mode is not worth the DLC purchase, but it’s perhaps the most fun you’ll get out of this inflated MSRP. It’s by no means a must-have, but it will go down as a unique moment in the series that fans will always fondly look back upon. It functions in a surprisingly user-friendly fashion, which is especially impressive considering that a Dualshock controller isn’t exactly made for this sort of dev tool work.

The new story cutscenes are sometimes hit, but mostly miss. The Re Mind story revolves around Sora’s quest to save Kairi’s heart after Master Xehanort brutally slashed at her back. While we know that Sora was successful in saving Kairi, the Re Mind DLC details how this happened (sort of).

When it comes to the SoKai plot, it felt more like shipper material, as it contributed little to the overall arc of the series, and presented little new information. In true Kingdom Hearts fashion, the DLC plot was confusing, full of time travel shenanigans, and was delivered in enigmatic philosophical monologues about “darkness spreading to the heart.” 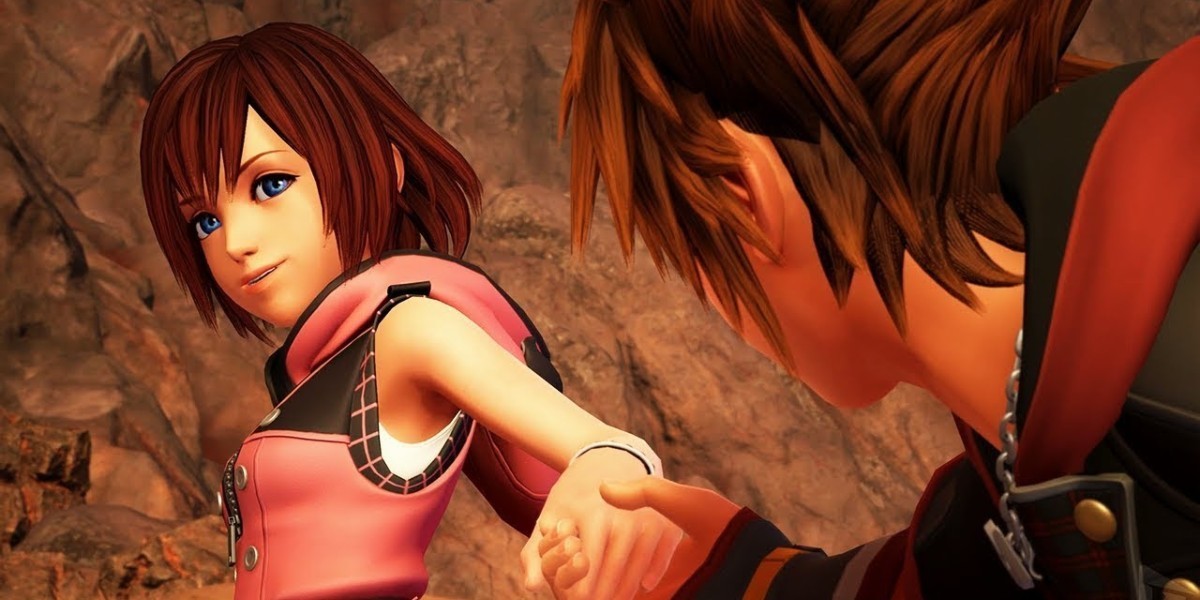 Outside of Sora’s time in the land of sky and water, Riku serves as the vehicle to get us all caught up on what’s been going on in the real world. It’s a relief that we won’t have to learn about the protagonists’ whereabouts in yet another side game; then again, was it worth experiencing that condensed story in this slim DLC offering? Either way you look at it, it’s not a good look.

Unfortunately, the gameplay of the Re Mind DLC majorly disappoints. The trailers showcasing you being able to play as series favorites like Ven, Aqua, Terra ect., along with Kairi’s debut fighting sequence were highly overplayed. None of their playstyles have been extensively coded, with Kairi’s rookie Keyblade battle offering the closest actuality on the tin.

As I mentioned before, the new data Organization boss rush is very difficult. The KH2FM ones were no walk in the park, but I found that even on the easiest mode, my Simba summon spam barley scraped me by. It’s literally the only challenge in all of Kingdom Hearts 3, which for some, will justify all of the grinding to level 100 and Ultima Keyblade synthesizing.

So, you thought #KingdomHearts III was too easy?

The 13 boss battles in the limitcut episode of the Re Mind DLC are going to test your skills to the very limit, good luck!

There’s a new handicapped mode available via the DLC that makes powering through the maingame a cinch. In the new ultra-easy mode, you can turn on a one-hit-KO option for all enemies, including nearly all bosses. If you want to experience Kingdom Hearts 3 purely for the story, then the health and magic auto regen features are made for you. I was able to casually beat the maingame in four hours using the pick-and-choose handicaps, but that was with skipping cutscenes.

Without spoiling anything (check out my in-depth analysis of all things to come in Kingdom Hearts 4 here), there was great effort made in the secret Limitcut episode, which is only accessible if you’ve beaten all of the data Organization battles in the Re Mind DLC. It’s a really pretty sequence that deserves being noticed. It takes a while to develop the high quality prerendered CGI cutscenes of the Kingdom Hearts series, and that effort shines through in some of the most beautiful CGI work since the KH2 intro.

The fanbase expected a lot more for $30. Yes, the Re Mind DLC is much quicker than any given side game would have been, but I’m not too sure that’s a good thing. The lack of substantive story additions and blink and you’ll miss it fighter cameos all make for a pretty disappointing package. A lot of thought and care went into the data Organization boss rush, but for most of the Kingdom Hearts series’ fanbase, that’s nowhere near enough to justify purchasing the relatively expensive DLC.